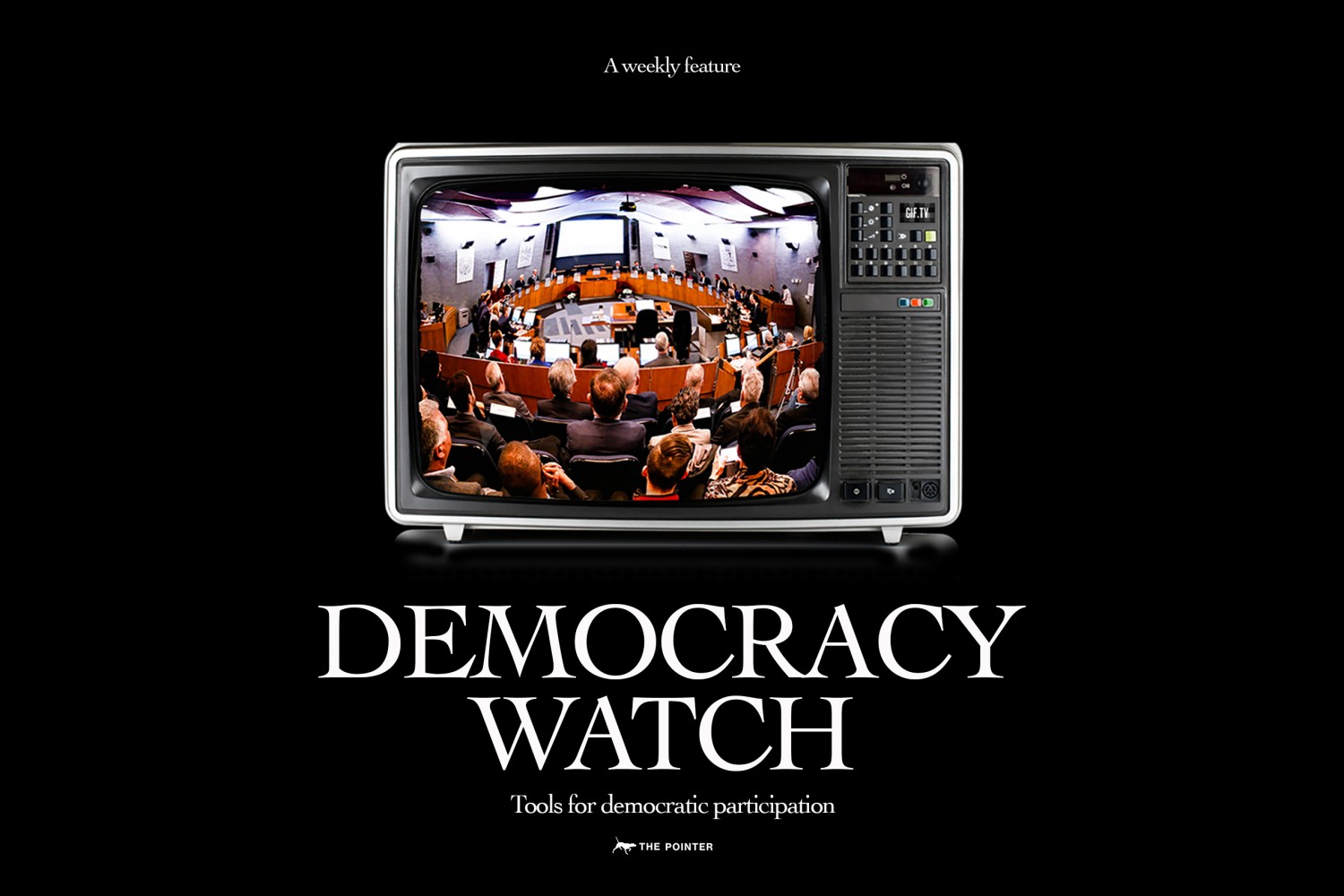 Each week, The Pointer checks agendas of public institutions involved in decision making that impacts the citizens of Peel. This feature is designed to act as a guide for local residents, unlocking the often stodgy and byzantine process of local government.

Another MZO request comes to Caledon:

The Humber Village Landowners Group is hoping Town Council will support a minister’s zoning order (MZO), a controversial tool used to expedite development projects while often skirting proper planning procedures. The group is requesting a specific portion of land south of Healey Road, east of Humber Station Road and north of Mayfield Road be re-zoned from agricultural to prestige industrial and serviced industrial. The group argues the future development will create more jobs. It’s unclear why the development needs to be fast-tracked through the typical planning process.

In a joint letter to the Ministry of the Attorney General, both Mayor Allan Thompson (Caledon) and Mayor John Creelman (Mono) outlined issues related to courtroom shortages and limited capacities. Cancellations of cases have been occuring due to a lack of judicial resources. Between September 10 and December 15, 3,038 docket lines were cancelled and rescheduled, accounting for 26 closed court days. According to the letter “hundreds if not thousands,” of charges are at risk of being withdrawn due to increased wait times. The Attorney General, Doug Downey responded with a list of actions already taken, but not the next steps. The lack of judicial resources has plagued both Brampton and Mississauga for a number of years and has been exacerbated by the COVID-19 pandemic.

After an astonishing few weeks inside Brampton City Hall, Councillors will discuss a possible amendment to the bylaw that governs actions inside the council chamber. Current interpretations of the rules by the city clerk have allowed Mayor Patrick Brown to block certain resolutions from coming forward. According to a group of six council members, Brown is claiming a two-third majority vote is required to bring certain motions forward. According to the group, Brown categorized some motions as “reconsideration” matters even if the motion was not the same as a previous council decision and should only require a majority of council members in support to be brought forward. According to reporting by The Pointer, it was clear the votes being blocked during closed sessions involved the employment status of controversial CAO David Barrick.

Read the staff report here. Delegations are open until 4:30 on Tuesday.

The City is embarking on a campaign to promote its new technology districts and employment clusters. Dubbed IDEA, the campaign is designed to promote industries, small businesses, local success stories and showcase Mississauga on a global stage. The launch of the campaign aims to bring more tech related companies and jobs to the City, and assist with kick-starting the economy post-COVID.

Follow the presentation here, and read the staff report here.

A report from City staff suggests mail-in ballots should be included as part of the City’s budget for the October 24 municipal election as it falls on Diwali, and could provide flexibility for those celebrating the holiday. The mail-in ballots will  cost the city approximately $400,000. Staff explained they reached out to the Province to ask about changing the election date but it “does not seem to be under consideration.”

Throughout the pandemic health officials advised Ontarians to stay home. This important message helped save lives and reduce gasoline consumption. Mississauga receives money from the Province called the Gas Tax which helps fund local infrastructure projects. As a result of the pandemic, the 2020 to 2021 Gas Tax fund is lower. To cover the difference, the City is receiving a one time payment of $18.9 million from the Ministry of Transportation to top-up the lower than normal amount.

Motion to convert land to employment:

Brampton Councillor Gurpreet Dhillon is moving a motion to support the owners of 5923 Mayfield Road looking to convert land from employment to mixed-use development. The property is located in the northern part of Brampton on the border with Caledon. A Google Maps satellite view shows the area is mostly greenspace with subdivisions located on the other side of Airport Road and Countryside Drive. Councillor Dhillon’s motion acknowledges the Municipal Comprehensive Review does not support the conversion since the land is located outside of the strategic growth areas.

Region receives funding from the Province for homelessness:

Peel’s Home for Good (HFG) program received a funding extension from the Ontario government until March 2023. The program focuses on housing assistance/services to specific vulnerable populations including people suffering chronic homelessness, youth homelessness, Indigenous homelessness and people who are homeless after transitioning from provincially funded institutions. Peel is receiving $2.6 million and dividing it between the HFG partnering agencies such as, Services and Housing in the Province (SHIP) for the Peel Youth Village, SHIP for it’s coordination of HFG, John Howard Society of Peel-Halton-Dufferin, Our Place Peel and Canadian Mental Health Association Peel Dufferin Branch.

The Region is spending $55,000 on a 12 part podcast series called Peel Talks Housing. Obie and Ax Inc. will be producing the series, according to the staff report, which aims to break down the complex jargon on affordable housing and Peel specific issues. The Region is hoping this educational opportunity will strengthen the trust between the public and the government and help residents cut through complex issues around housing affordability.

A flood of MZOs within TRCA jurisdiction:

An information report to the board of directors provides an overview of the MZOs issued within the conservation authorities jurisdiction. According to the report, 48 MZOs have been requested and approved by the Minister since January 2020. TRCA staff note the majority of the proposals have been for residential and commercial uses, many of which intend to facilitate long-term care or housing/ rental units. A number of these MZOs were issued without first consulting with the TRCA. Staff wrote, “The absence of upfront engagement with TRCA prior to the request or issuance of an MZO typically presents challenges.”  Some challenges include the “developable land” may have a burden on the environment, it could exacerbate flooding and some MZOs are pre-determined without guidance from the conservation authority.

In 2013, TRCA embarked on a plan called Building The Living City, it was an outline for what the organization wanted to accomplish over the next decade. As the plan wraps up its final year, the board reflects on what it had hoped to achieve. Some targets include greening Toronto’s economy, managing water resources, and creating complete communities. In the next iteration of the plan, the TRCA is looking to prioritize rethinking greenspaces to maximize their value, measuring its performance and building new innovative business models. A draft of the new strategic plan will also be discussed.

You can read the full 2021 report here, and see a map of the MZOs here.