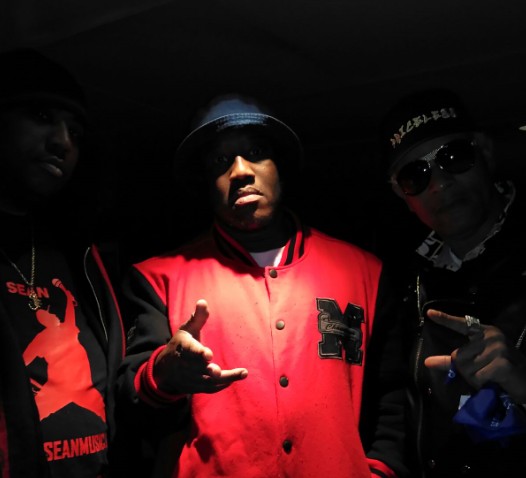 A Mississauga rapper is appealing to Canada’s highest court to overturn a conviction for uttering threats stemming from a feud with his former promoter and the lyrics of a song he later released that included threatening language and references to sexual violence and murder.

Darren John, who raps under the name Avalanche the Architect, says there was a “textbook abuse of process” during his 2013 trial when he wasn’t provided with all the proper disclosure — disclosure that has since been lost.

During the trial, Sonia Harry, John’s former music promoter who brought the complaint against him that led to charges, referenced messages John allegedly sent over Facebook to multiple people where he called her a “rat” and a “whore” and said she slept with club owners.

John was acquitted on the more serious charges of criminal harassment and threatening death but was found guilty of uttering a threat in his song, Got Yourself a Gun, after the Crown argued it specifically targeted Harry.

Harry testified that she shared the messages with the Crown. John, who denies making the statements, never received a copy of the alleged messages. When he raised the issue at trial in 2014, the judge informed him that he should write a letter to the Crown requesting the disclosure be shared, which he did, a request that was confirmed by a detective involved in the case. Yet, John still did not receive the messages. When he attempted to raise the issue again at trial, it was dismissed and John’s conviction moved forward.

Although there would be no jail time, John, who had no prior criminal record, appealed almost immediately and has continued to fight the conviction through the courts. 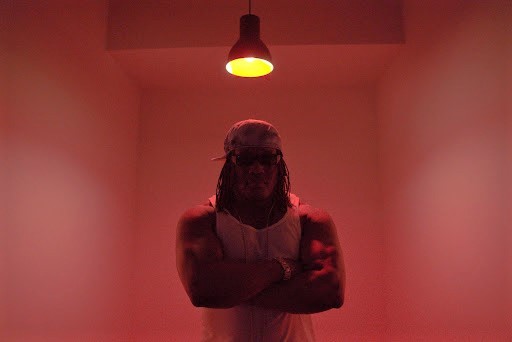 Darren John, aka Avalanche the Architect, is appealing an earlier conviction of uttering a threat in a lyric to the Supreme Court of Canada (Image-Darren John)

It wasn’t until early May of this year that John learned the disclosure in question, critical to the case, had in fact been shared with the Crown’s office in June of 2014 and then passed on to a lawyer who had previously represented John but was no longer on the case. It’s unclear why the disclosure was not made to John himself, despite the fact the Crown attorney in the case was well aware John was representing himself at the time.

The lawyer who was sent the disclosure was removed from the case in April 2014, months before the disclosure was given to him. To date, that evidence has not been found and John has been unable to make arguments against it because the Crown failed to provide it to him.

In an agreed statement of facts submitted as part of his appeal to the Supreme Court, counsel for the Attorney General of Ontario, writes that numerous attempts have been made to locate the missing evidence, which included emails between Harry and a detective in the case, along with other rap lyrics. Those efforts have not been successful.

The agreed facts state that notification was sent to John’s former lawyer, but the package was never picked up. From there, it’s unclear what happened to the evidence. Efforts were made several times throughout September, October and December of 2020 to locate it, but nothing was found.

“Toronto Police advised that the officer in charge of the case retired in 2018. An officer at 32 Division was unable to find the disclosure or emails in the TPS file, but could see confirmation that the package had been sent to the Crown’s office,” the statement of facts reads.

John believes this is the crux of his case, and it is a significant matter of public interest for the Supreme Court to analyze what happened and order him a new trial. If the key piece of evidence cannot be found, it should not be allowed to help make the Crown’s case against him, John argues.

“The public importance is that disclosure can not simply go missing without explanation and the public must believe that they will get a fair trial and disclosure disappearing does not give that appearance,” he writes in his appeal.

In ruling on his initial arguments to the lower appeals court, the judge decided that while it was a legitimate issue that John did not receive the disclosure, it was not enough to immediately trigger a new trial. The information contained in the disclosure has to carry the potential of changing the eventual outcome of the case. The judge stated the sharing of the Facebook messages would not have made a difference in John’s conviction.

“I am not persuaded that it is reasonably possible that disclosure of the Facebook group message might have affected the trial judge’s finding that the appellant wrote the song and prepared the video,” Justice Peter Cavanagh stated in his decision, rendered in January of this year.

John disagrees, noting in his appeal request to the Supreme Court that the trial never saw the contents of those messages and therefore it is not possible to decide what their impact could have been. He also argues that Justice Cavanagh is unable to make that determination because he also has never seen the contents of the messages.

“No one knows what was in the disclosure so the Crown and court can not argue that it would not have helped my case,” John writes in his appeal to the Supreme Court. “The Crown argued I was acquitted on the charge the destroyed disclosure would have assisted me on. That is a very convenient argument for the Crown to make and flies in the face of reason. The court does not just accept people at their word in the absence of evidence or their would be no legal system.

“This matter should be at minimum sent back for a new trial so that the crown can answer as to why and how the disclosure went missing and when,” John argues. “It is my belief that the disclosure was destroyed during the trial but to date no time line when it was lost, misplaced or destroyed has been given.”

A key element to ensuring the fairness of any trial is the sharing of disclosure. Defendants at trial and their lawyers have the legal right to review and cross-examine all of the evidence used against them. It is a fundamental feature of our justice process.

It’s not the first time John has dealt with destruction of evidence in a case against him. In a remarkable 2017 exchange in front of an Ontario Court of Justice judge, for a separate case involving a different matter that John was successful in (he has shared with The Pointer documents that show police have unsuccessfully brought forward charges against him for a variety of reasons dozens and dozens of times—the finding of guilt for uttering a threat in his lyric is the only conviction against John).

The judge in that case blurted out: “Wow. Wow,” after hearing a key email John had sent as evidence to a police officer for the case, had been destroyed according to the constable. Another key piece of evidence that was with police in the case was also lost or destroyed and the judge advised John that he should highlight the destruction of evidence later in the trial process. 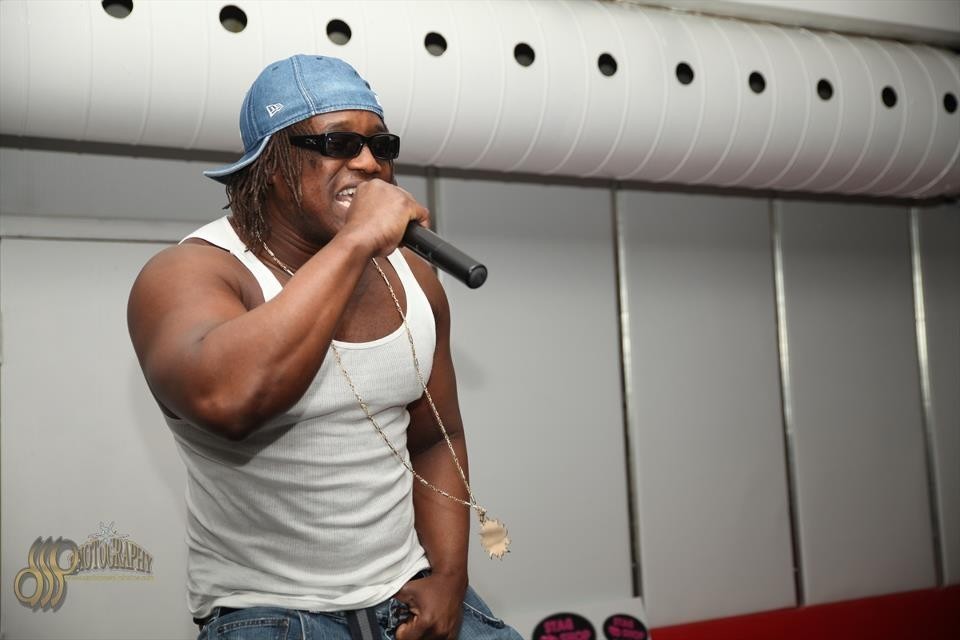 Darren John has been charged dozens and dozens of times by police for a range of reasons and has beat every one of the complaints, except the lone conviction for uttering a threat in a lyric. (Photo-Darren John)

For his current appeal, it’s unknown whether the Supreme Court will hear John’s case. According to the Court’s website, it receives approximately 600 appeals every year and only hears about 80 of them.

Since his 2015 conviction on the lesser charge, John has experienced repeated instances of bias and systemic discrimination from the Ontario court system.

In March of 2018, John was before Justice Michael Quigley, asking to be granted legal assistance for his appeal on the conviction. Justice Quigley denied John’s application for a variety of reasons, saying the appeal as a whole was without merit and that John was misrepresenting his financial situation.

Quigley also wrote that he wasn’t surprised by John’s initial conviction. “The threatening language of some of his songs is littered with strong and overtly violent references to guns and killing people, with a ‘black macho’ kind of flavour,” Quigley wrote in his ruling.

Following a complaint to the Canadian Judicial Council, Quigley was forced to apologize.

His unfair treatment has also been noted by other judges.

“I’m deeply troubled by the conclusions of Justice Quigley,” Justice Ann Molloy stated in court. She granted John the financial assistance necessary to proceed with his appeal, noting Quigley had misrepresented John’s financial situation and was wrong about the amount of John’s own money used in the case, despite documents provided to Quigley that made this information clear. “Negative findings about Mr. John’s character and misrepresentations to the court may have effected the assessment of whether there’s any merit to the appeal,” Molloy wrote when turning around the previous decision.