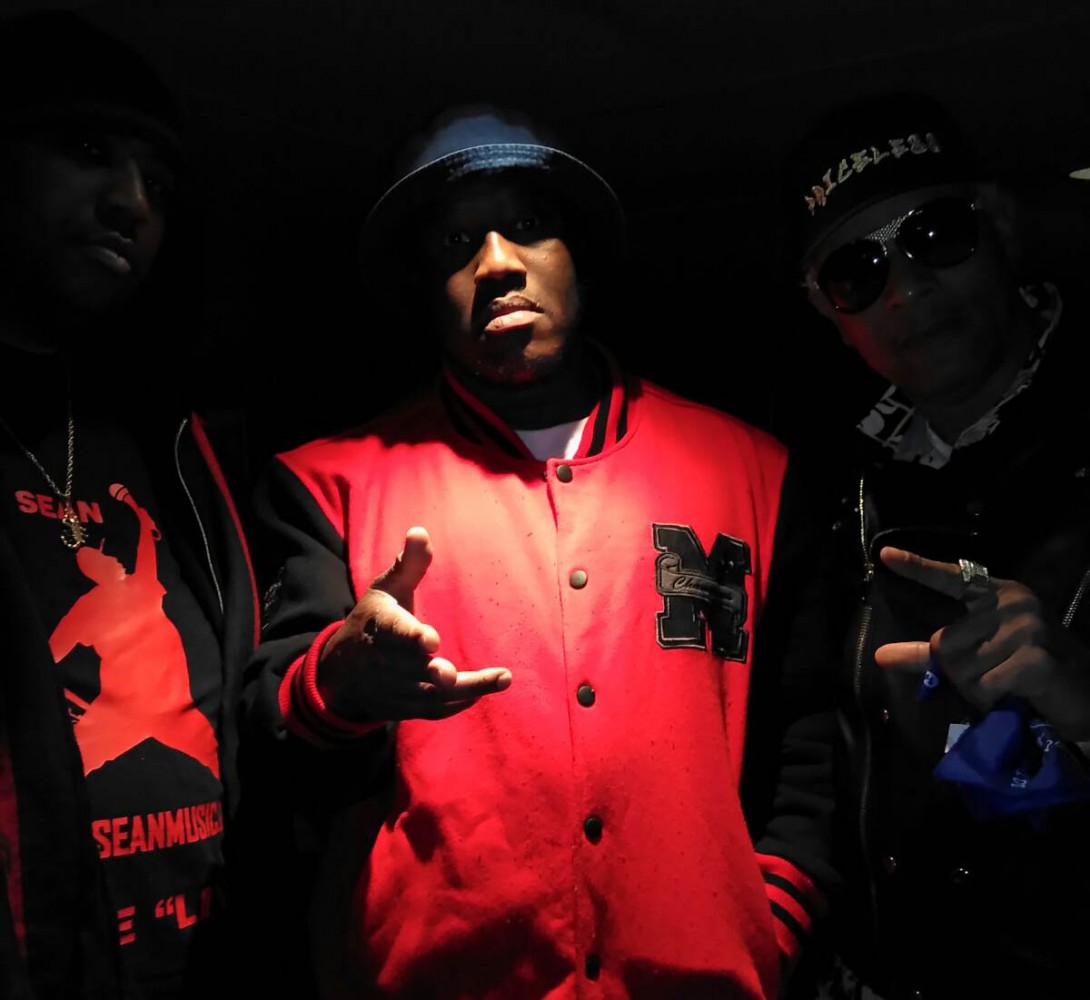 For Peel-based rapper Darren John, a recent letter from the Canadian Judicial Council delivers a small measure of satisfaction following a long fight with the judicial system. A judge has admitted to using a poor choice of words in comments he made about John’s rap lyrics in a ruling, in which he described them as having a “black macho flavour.”

The statements were published in a March 2018 written decision declining John’s application for legal aid to appeal a 2015 conviction on a charge of uttering threats.

Judge Michael Quigley, of the Ontario Superior Court of Justice, appears to have gone beyond the scope of the funding matter in his ruling, saying not only that John’s case was “devoid of merit” but that his music was “littered with strong and overtly violent references … with a ‘black macho’ kind of flavour.”

Quigley took serious issue with John’s application, saying that he “misrepresented” his financial situation and there was simply no point to his appeal.

“The reason is simple. Not only is the appeal frivolous and utterly devoid of merit, but there is no public interest served in having this appeal proceed when the plain goal is largely to permit Mr. John to pursue a costly and time consuming game, and to then seek a Pyrrhic victory on questions that are inconsequential,” Quigley wrote.

In drawing his conclusions, the judge wrote that he wasn’t surprised by John’s initial conviction.

“The threatening language of some of his songs is littered with strong and overtly violent references to guns and killing people, with a ‘black macho’ kind of flavour,” he wrote.

John expressed surprise at the strong words, as there appeared to be no reason for race to be brought into his application for legal assistance so that he can appeal his 2015 conviction. 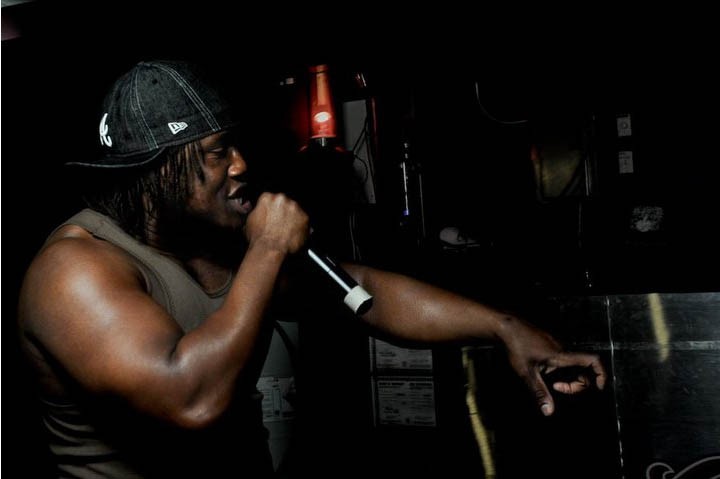 “He gave incorrect information in his decision,” John told The Pointer Monday. Well known across the GTA in the rap-music scene, John, who performs under the name Avalanche The Architect, said he provided the court with documentation showing he does not have the financial means to file his appeal without assistance. “I was floored when (the judge) said in his ruling that I must have the means, after I provided the court with records.”

John says the judge erred in his decision when he wrote that he had already paid more than $7,700 to the court to obtain transcripts to help with his appeal.

“In my submissions I provided the court with the documentation that shows I didn’t pay, and in fact, the court paid. I can’t explain a few things in his ruling that denies me financial assistance for my appeal.”

John pointed out the following from the decision, which The Pointer obtained, saying he doesn’t know why the judge seems so focused on his music and the culture surrounding it:

"It is offensive and particularly degrading in its demeanour toward women. Those lyrics are publicly accessible at his sophisticated website 'avalanchethearchitect.com'. The site has a number of subsections. It records and attests to Mr John's association and friendships with black celebrities from sports and music."

“I guess he thinks by ‘sophisticated’ I’m rich. I’m not. I have no idea why he mentioned my ‘friendship with black celebrities from sports and music’. What’s he trying to suggest and why is he bringing those views and assumptions into a decision that’s only about my application for financial assistance?”

John says he pays a “very small” amount to maintain the website, and most of the content is provided to him for free.

Now, following a complaint to the CJC filed in July, and a review by another judge, Quigley has admitted that his choice of words could have compromised people’s faith in the ruling.

“Justice Quigley reviewed your complaint and advised he did not intend to make any comment that could be perceived as racist. The phrase he used was intended to describe the tone and tenor of the lyrics of your songs as a factual matter. Justice Quigley regrets using the phrase he did and, in retrospect, acknowledges he could have chosen his words more carefully and with a higher degree of sensitivity,” writes Norman Sabourin, executive director and senior general counsel for the Canadian Judicial Council.

“Justice Quigley now realizes that the meaning of the phrase he used might be subject to interpretation. Improper remarks may affect public confidence in the judiciary generally and, most importantly, in its impartiality. Judges who describe a factual matter in their decisions should always be careful to avoid any expression that may be interpreted as being discriminatory. Chief Justice MacDonald is satisfied that Justice Quigley does regret the unintended interpretation of his words,” he adds.

John was convicted in 2015 of threatening to cause bodily harm after he released a rap song that a judge decided included explicit threats against his former promoter, Sonia Harry. He was acquitted on charges of threatening death and criminal harassment.

John and Harry had a falling-out, after which John released a song titled “Got Yourself a Gun” that included the name “Sonia” several times, along with references to sexual violence and murder.

"The phrase he used was intended to describe the tone and tenor of the lyrics of your songs as a factual matter. Justice Quigley regrets using the phrase he did and, in retrospect, acknowledges he could have chosen his words more carefully and with a higher degree of sensitivity."

During most of the 2013 trial, John argued that the lyrics were in fact aimed at another rapper he was battling with at the time, and he was looking to have the charges struck down under the Canadian Charter of Rights and Freedoms, portions of which protect artistic expression. It was a legal argument the judge eventually didn’t agree with, sentencing John to two days of pretrial custody and one year of probation.

John appealed almost immediately after the 2015 decision and has been continuing to fight the conviction through the courts.

Throughout most of the original proceedings, John defended himself, cross-examining witnesses and citing case law in his defence. However, for the appeal, he has been looking for the helping hand of legal aid to assist him.

John, now 40, made a living for a decade teaching martial arts. In August 2011, he was shot while trying to protect his mother during a home invasion. The injury has kept him from working and he now receives support from the Ontario Disability Support Program (ODSP). With such limited resources, John noted he would be unable to proceed with the appeal without assistance, especially because he must produce the costly transcripts from the 30-day trial.

Because Legal Aid will not provide funding for appeals where the sentence does not include jail time, John does not qualify for normal financial assistance.

John applied instead for what is known as a Rowbothum or 684 application, a special form of legal assistance for those who don’t qualify for Legal Aid but are facing serious charges unrepresented.

In November, John was back in court for case management. The case was put over to the new year, despite Quigley’s ruling, which labelled John’s appeal as having “numerous other problems” and said that proceeding with it would be an “unmitigated waste of time and court resources.”