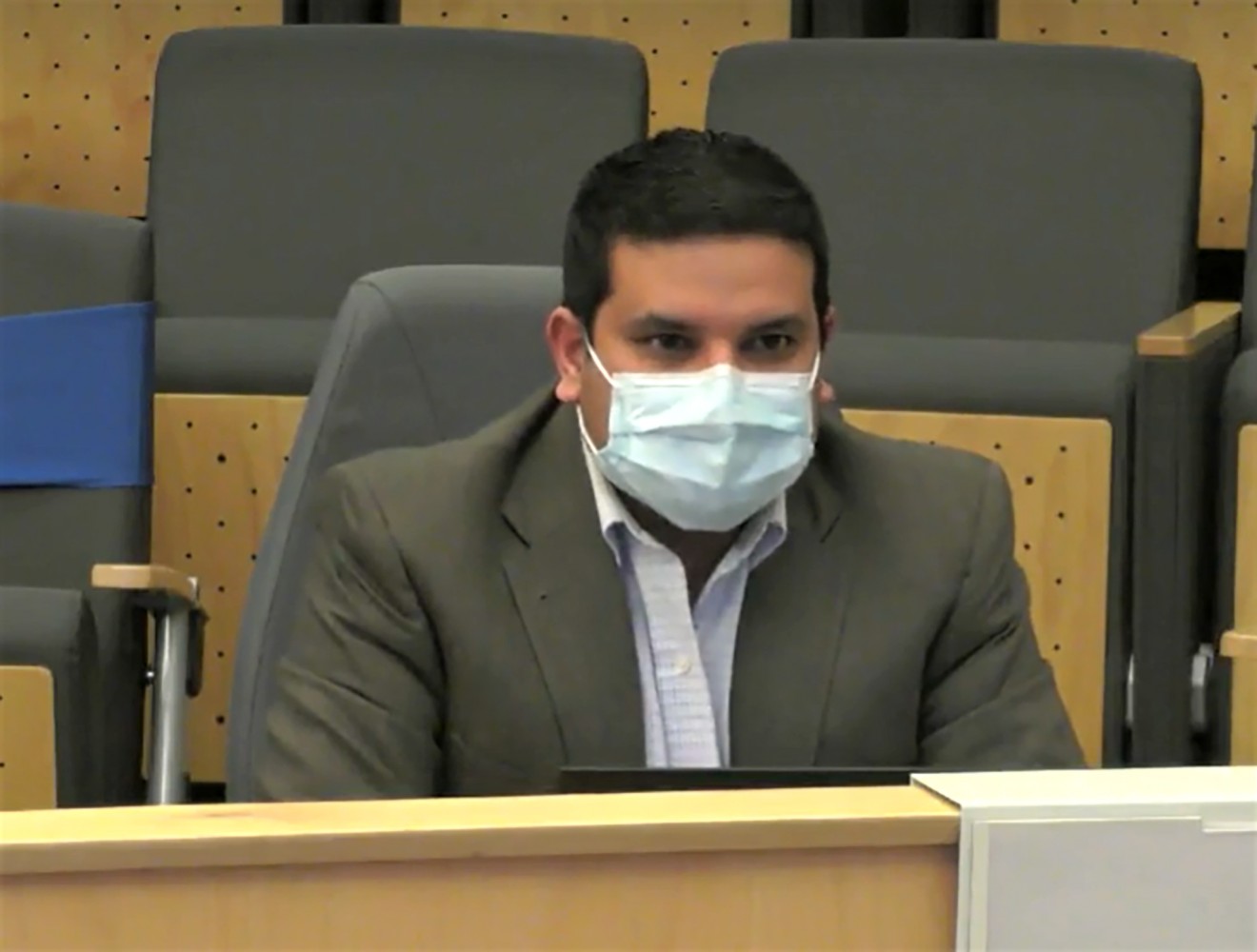 Sameer Akhtar, who held the role of the City’s top legal official, providing key advice to Council, is no longer with the City of Brampton.

Previously hired under Mayor Patrick Brown to head the City’s legal department, he now joins the growing list of senior staff recruited under Brown’s leadership who are no longer with the municipality, a list that includes former CAO David Barrick, director of communications Jason Tamming and Barrick’s senior advisor Robert D'Amboise.

It’s unclear whether Akhtar stepped down on his own or was dismissed.

On May 31, Akhtar clashed with councillors as they worked to pass a motion that would appoint former council member Elaine Moore to the vacant seat created if councillor Charmaine Williams won in her bid to become an MPP in the June 2 election, a bid that was ultimately successful.

According to the Municipal Act, once a seat is declared vacant, council is required to appoint a new member if it is longer than 90 days to the next municipal election.

“As has been said, council has the ability to appoint to fill a vacancy, however based on the reading of the Municipal Act, to do so prior to the vacancy could be the basis of a legal challenge,” Akhtar said. “I advise council and provide advice on how to mitigate the risk associated with that.”

It’s unclear what sections of the Municipal Act Fay and Akhtar relied on. They never explained themselves. The Act does not bar council from deciding on who will fill a vacancy ahead of a seat becoming vacant. It states the seat is to be filled by an appointee “Within 60 days after the day a declaration of vacancy is made…”. There is nothing in the Municipal Act that prevents Council from provisionally selecting a replacement ahead of a possible vacancy, when a member is attempting to move to a higher level government through an upcoming election.

Moving the motion forward were Councillors Jeff Bowman, Pat Fortini, Martin Medeiros, Doug Whillans, Gurpreet Dhillon and Williams, the same six members who vowed to restore good local government in the City after a series of scandals and allegations of widespread misconduct under Brown’s leadership. Brown is now seeking to become the federal Conservative Party leader.

Voting against the motion were Councillors Rowena Santos, Paul Vicente, Michael Palleschi, Harkirat Singh and Brown, the same five who have not supported investigations into alleged wrongdoing, including the mishandling of $629,000 in the City’s failed BramptonU project. 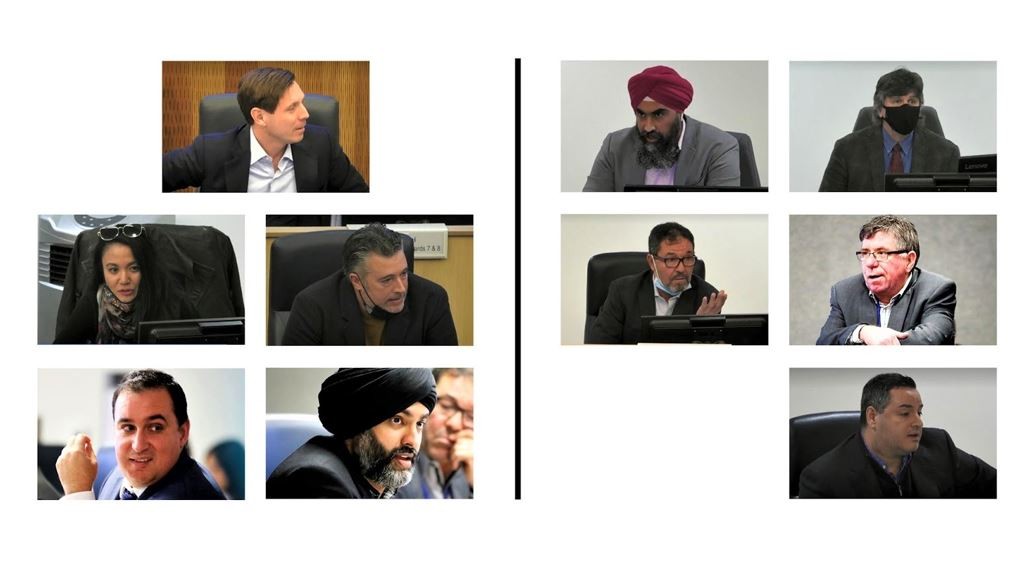 This isn’t the first time Akhtar clashed with council, providing questionable legal opinions. His hiring under Brown came as a surprise, as the head solicitor of a large municipality usually has years of experience inside City Halls, working with relevant legislation such as Ontario’s Municipal Act. Akhtar had no such experience. According to his Linkedin, he worked in the corporate sector prior to landing the Brampton job.

Akhtar frequently pushed for discussions that were supposed to be in public, to be held behind closed doors.

According to the Municipal Act, all meetings of council, local boards, and committees of council must be open to the public, unless they fall within prescribed exceptions: the security of City property; personal matters about identifiable employees; real estate acquisitions; contract or labour negotiations; specific litigation; solicitor-client advice around confidential information from another government or public body; a trade secret of a commercial entity; or issues related to ongoing negotiations.

Everything else must be held openly in front of the public.

There are frequent examples of Akhtar suggesting otherwise. During discussion in a June 2021 council meeting on whether the City’s investigation into allegations of corruption, nepotism and discrimination under the leadership of Barrick and Brown should be handled in secret, Akhtar suggested Council is allowed to decide what is handled in camera (sessions held away from public view). “Going into closed is the prerogative of council,” Akhtar told members. This was contrary to the clear closed meeting rules outlined in the Municipal Act, which states Council can not go in camera unless the matter falls clearly into one of the categories closed meetings are intended for.

Ontario’s Ombud office and the Information Privacy Commissioner have repeatedly informed municipalities that, when in doubt, the rule to follow is to hold meetings in public and only if a matter is later determined to clearly be an in camera matter, should council go behind closed doors.

“It boggles my mind… we’re trying to keep this in closed session,” Councillor Dhillon said at the time, when the allegations of wrongdoing brought forward by staff were dealt with.

The conversation involved a third-party investigation into allegations of widespread corruption, nepotism and discrimination made by senior employee Gurdeep (Nikki) Kaur. She provided evidence that Brown used City staff to help Peter MacKay’s bid for the previous Conservative leadership campaign in 2020.

Akhtar repeatedly spoke up against a motion by Councillor Dhillon to keep all discussions on the investigation in public, with the former solicitor instead suggesting they should start all discussions in camera and then come back out into the public if no concerns were raised, advice contrary to the intention of legislation aimed at ensuring transparency in local government.

Dhillon said he believed council may have been in violation of the Municipal Act in a number of instances due to Akhtar’s advice, hiding controversial decision making from the public.

In February, the six councillors alleged Brown was subverting democratic principles of majority rule by demanding, as chair of council, that motions on certain issues have a two-third majority to move forward.

They also alleged that Fay and Akhtar were enabling Brown to trample on the rules by not speaking up, and in some cases supporting the mayor, despite providing no legislative proof that a two-thirds majority was required to move certain motions forward for a vote.

Following this meeting, it was announced that Barrick, Brampton’s former chief administrative officer (CAO), was no longer with the city. Recruited by Brown, in the following weeks it was revealed he was terminated and replaced by interim CAO Paul Morrison on February 11.

Barrick is demanding more than $1M in severance and damages from the City.

With Morrison as the acting CAO, changes started to be made within senior administration and several senior staffers left City Hall.

Others that left include Blaine Lucas, director of corporate projects and liaison, as well as Robert D’Amboise, the senior advisor. Both worked in the CAO’s office under Barrick and shared a checkered history in Niagara Region, before arriving in Brampton.

In March, Jason Tamming, the director of communications, culture and events, who was also recruited and had political ties to Mayor Brown, was let go. Before arriving, Tamming had been found guilty of corruption by Ontario’s Ombudsman while working for Niagara Region, in a scandal that also implicated Barrick and D’Amboise for their involvement in the fraudulent hiring of Niagara’s former CAO Carmen D’Angelo.

Akhtar could not be reached for comment, but City Hall confirmed he is no longer working for the municipality.

Following his departure, Diana Soos has been made acting City Solicitor once again.

Soos started with the City in Aug. 2017, where she served until July, 2019 as the deputy city solicitor, litigation and administrative law.

From there, she served her first term as interim city solicitor until Sept. 2020, when she resumed her role as deputy. In 2021, after four years with the City, Soos began working for the City of Vaughan, under the same job title, before returning to the City of Brampton in April, post-Barrick, to serve as Commissioner of Legislative Services.