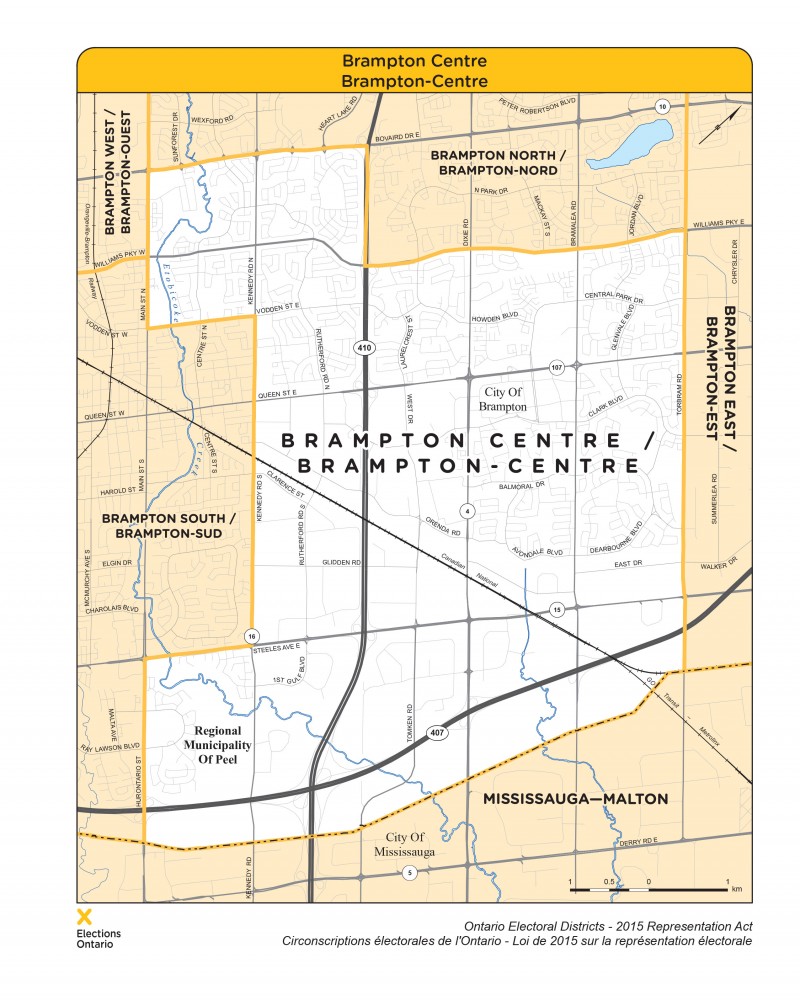 A total of 89 votes made the difference between whether the riding, after it was created as part of a redrawn electoral map, would land in the NDP or PC aisle.

Despite the close result, only half of the eligible voters living in the district made it to the polls in 2018, when only 33,949 ballots were cast by 67,432 registered voters.

There were 150 unmarked ballots– enough to change the outcome altogether.

For the 2022 election, there are some new candidates vying for the seat held by incumbent NDP heavyweight Sara Singh, with City Councillor Charmaine Williams the biggest name among the challengers, representing the PCs. Safdar Hussein makes a return for the Liberals, and Karitsa Tye is representing the Greens.

As the opposition critic for Long Term Care she has advocated for improvements to Brampton’s underfunded healthcare system, which currently only has one full-service hospital, and criticized the provincial government for the drop in funding for local public health units—Peel Public Health, which is responsible for Brampton, and the local LHIN are among the lowest funded in the province.

While she has had no hesitancy in calling out members of the opposition, she has done the same with her own party, leveling harassment allegations against the former NDP riding association president, Bruce Marshall, in 2019.

Singh was outspoken throughout the term on the issue of Brampton’s healthcare crisis, routinely speaking in Queen’s Park about the need for another full-service hospital while criticizing the PC’s handling of the pandemic in Brampton, which was one of the hardest hit cities in the whole country. 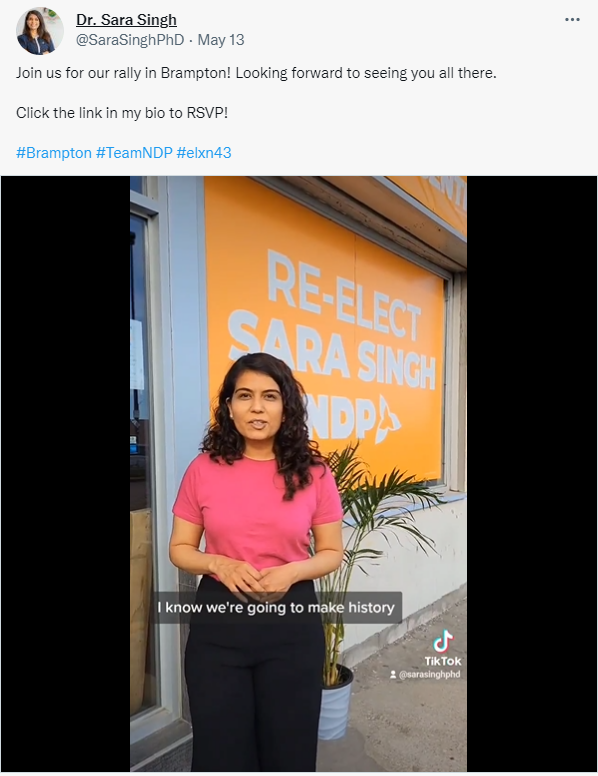 Like Singh, Williams made a name for herself in Brampton.

In the municipal election she ran on a platform focused on public safety, and her biggest concern was the availability of guns within her ward—she advocated for annual gun buybacks.

Her 2022 provincial focus promises that if elected, she will build on her efforts to make streets safer, ensuring that families have access to social and recreational services, and advocating for an integrated transportation plan in the region.

As a City Councillor, in 2019 Williams broke ranks with some of her colleagues who called for a review of the City’s policies regarding group homes to align with updated provincial guidelines following complaints about a five-bed raised bungalow group home application.

Others cited provincial legislation, where group homes must have 10 seniors and a full-time staff.

A motion passed 7-3, but Williams expressed concern that it would have unintended consequences on future retirement beds.

She framed the issue with the larger healthcare crisis in Brampton, which lacked enough long-term care beds to accept many seniors.

“Aligning the minimum number of beds with the provincial regulations may have the effect of closing retirement seniors homes. That’s why I can’t support this motion,” Williams said in council.

She also was a strong advocate for healthcare in the city, voting for a motion that declared a healthcare emergency in Brampton, and demanded, along with her council colleagues, that a new full-service hospital with 850 beds be built by the provincial government.

Another issue raised during her term was unregulated police checks or “carding.”

As chair of Brampton’s community safety advisory committee in 2019, she used her position to raise Justice Michael Tulloch’s report on carding to City Hall.

Released on the final day of 2018, the report called for a ban on the practice, which involves randomly stopping individuals on the street to gather identifying information to be entered into a police database.

Both Singh and Williams advocated for removing carding as a police practice (which has targeted Black residents) as a way of breaking down barriers between communities and the police.

In Brampton and Mississauga, Black residents were just nine percent of the population, but data from a five-year period showed that almost 25 percent of those carded were Black. Between 2009 and 2014, Black people were more than three times as likely than white people to be stopped by Peel police in carding encounters.

Williams called it an “excellent” and “comprehensive report” in an earlier interview with The Pointer, extending an invitation to Justice Tulloch to present the recommendations to Brampton council in-person. 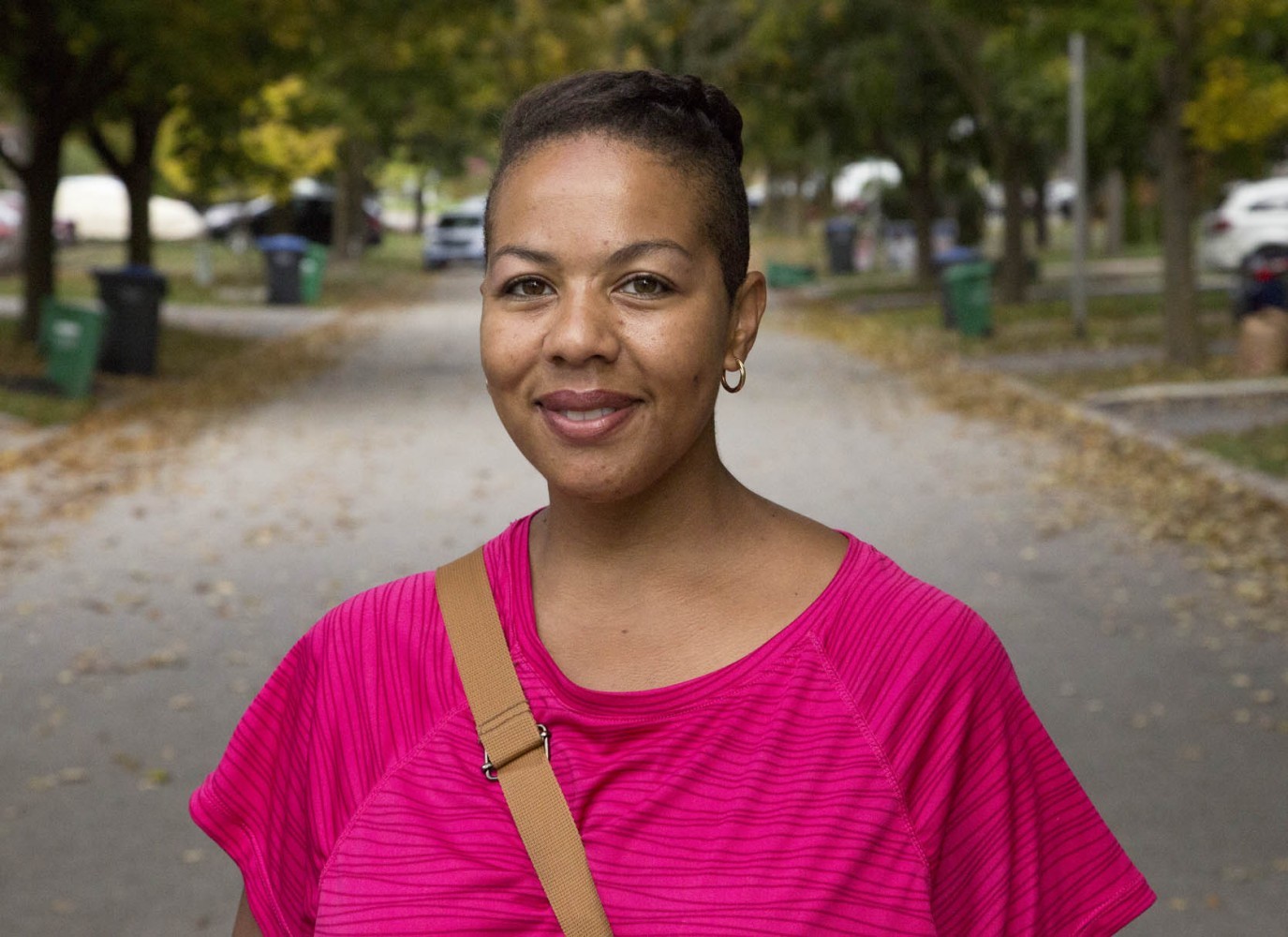 Brampton Councillor Charmaine Williams is attempting to make the jump from City Hall to Queen's Park.

“We would all benefit from hearing his recommendations,” Williams said. “Then we have something to really focus our intentions on community safety and police, especially the relations between the Black community, the Indigenous and South Asian community in Peel.”

Interestingly, this differs from Doug Ford’s stance, who in 2018 within Queen’s Park stated the PCs would “give the police all the tools needed to get the job done” when the issue of carding was brought up.

While in legislation, Singh repeatedly called out the practice, calling for an end altogether.

“While some may feel safer with the police around, it is important to acknowledge that many do feel targeted,” Singh said in Queen’s Bench in 2018. “I myself have experienced interactions with the police because of the people I was with. I was not engaging in any behaviour, neither were the people I was with. However, they were still stopped and carded and entered into a database.”

If the votes from the 2018 election were any indication the Liberals and Greens will have a difficult time winning the seat.

After receiving 5,825 votes in 2018, a total of 17.34 percent, Safdar Hussein is again running for the Ontario Liberal Party.

A new face for the Green Party of Ontario in the region, Karitsa Tye will represent the Party, following in the footsteps of Laila Zarrabi Yan, who received 1,053 votes in 2018, 3.13 percent of the total.

They are also promising to repeal Bill 124 which limited pay increases and has been condemned by the Registered Nurses’ Association of Ontario (RNAO), increase pay for Personal Support Workers, nurses and Early Child Educators and hire 33,000 additional nurses.