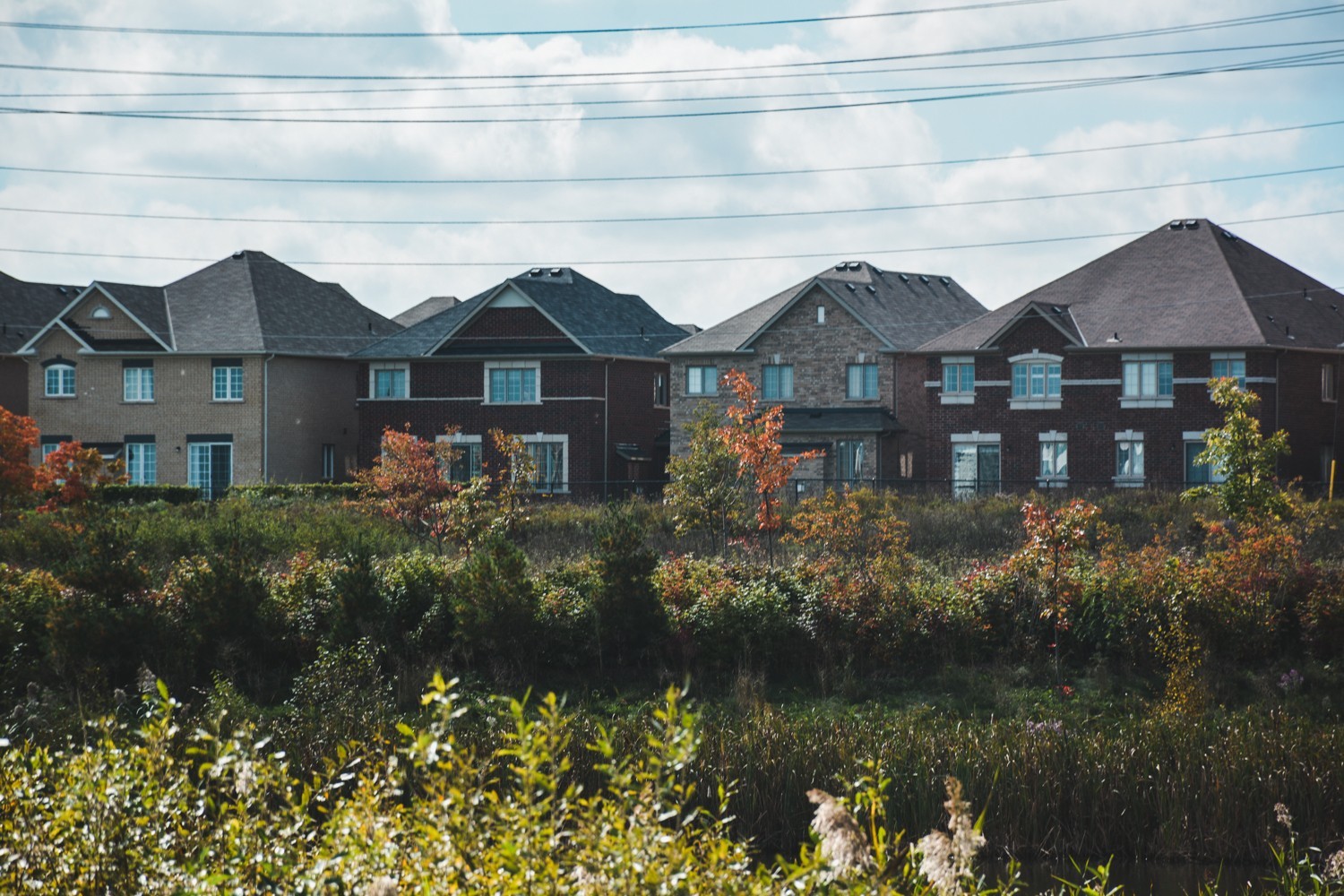 In Brampton, the cost of a house has been rising dramatically for years. By the time council ordered staff in 2017 to search for a solution, the average price of a house in the city was closing in on $700,000. It had increased 73 percent in half a decade.

“It’s an ambitious, collaborative approach to understand and address the complex housing challenges faced by our city,” Bindu Shah, a policy planner for the City, told councillors at a May 10 Planning and Development Committee (PDC) meeting. “The strategy prepares a range of solutions through legislative mechanisms. Housing Brampton proposes that the City take an active leadership role in facilitating the housing it needs, while also supporting the Region of Peel in its role as a housing provider.”

The City has limited jurisdiction to provide affordable housing, but almost unlimited latitude to push the market and private sector in the right direction. The Region of Peel is tasked with building subsidized housing and shelter spaces, while Brampton can configure its planning process to encourage certain developments, like apartments or townhouses. The City can also offer relief to nonprofits to bring affordable units online.

“This has really reached a kind of crisis point here in the City of Brampton,” Councillor Paul Vicente, elected for the first time in 2018, said after the strategy was unveiled. The Wards 1 and 5 councillor recalled how he had bought his first house, a three bedroom, in 1999 for $290,000. Similar houses in his area now sell for almost $900,000, he said.

Between 2005 and 2019, prices increased 158 percent in Brampton, according to staff. Figures from the Toronto Real Estate Board show the average April price of a single detached family home in Brampton increased 22 percent between 2020 and 2021. During the three plus years Brampton worked on its housing strategy, the city’s overheated property market did not wait around. Even the COVID-19 pandemic, casting a dark shadow over Canada’s economy, failed to bring things to a halt — or even slow them down.

The market dictates housing supply and availability, but it doesn’t operate in a vacuum. The decisions of the men and women sitting around the council table play a huge role in how the city is shaped. Their votes have a direct impact on the price residents pay when buying a home.

While staff searched for solutions, councillors let the market stray. Instead of catering to Brampton’s desperate need for density and more affordable housing, construction continued on single family homes.

In 2017, when staff were directed to fix the problem, Brampton’s population sat at 638,663 people, according to Statistics Canada. Last year, it was 713,463 people, an increase of at least 74,800, before 2021’s numbers are even taken into account. Estimates in Brampton’s staff report are even higher, estimating the population growth to be 84,000 newcomers since 2017.

In the face of an exploding population, councillors failed to push the necessary housing forward.

Figures from the Canadian Mortgage and Housing Corporation (CMHC) show the number of new homes built in 2018, 2019 and 2020 fell woefully short of the population increase. In the three years Brampton added almost 75,000 new residents, developers completed 6,699 houses. Of the houses finished, just 553 were apartments and 45 percent were single detached family homes.

These figures are improved slightly by the 6,293 homes completed in 2017, but still failed to provide enough new housing for the residents arriving in Brampton.

Brampton built the wrong housing for the city’s needs and failed to build enough. Instead of focusing on townhouses or apartments (more affordable options in an overheated market), councillors greenlit a sparsely populated conveyor belt of traditional homes.

The City’s long-awaited housing strategy puts an even finer point on this, identifying international students as a key demographic of population growth. Young arrivals have no use for single or semi detached homes and find themselves hopelessly underserved by Brampton’s limited apartment offerings, often turning to illegal basement apartments, a problem born from Brampton’s lack of affordable housing options.

“The net population growth in Brampton has recently been all international,” Housing Brampton explains.

As The Pointer has previously reported, a lack of purpose-built student accommodation or rental apartments has left few options. Many students have been forced to rent in rooming houses or unregistered secondary suites, crammed in and officially unaccounted for.

A review of student housing by the City of Brampton was originally due to be shared with council in September 2019. It has been repeatedly delayed and the latest housing document refers to it as “ongoing”.

Read more about students and secondary units in Brampton:

After nearly three plus years of work, the City’s overall housing strategy is full of ideas. The solutions aren’t cheap.

In total, staff require $8.4 million for housing incentive programs across the 2021 and 2022 budgets. The City also needs to hire two new full-time staff to manage housing projects at a total of $260,000 per year beginning next year pending council’s final approval.

After three populist tax freezes in a row, Brampton isn’t in the best position to approve large new expenditures. In a trend apparently favoured by staff under Mayor Brown, reserve funds are being raided for the latest project.

According to a staff budget request, the $8.4 million needed for housing over two capital budgets can be taken from strategic reserves. In total, $94.1 million remains “available in uncommitted strategic reserves” — the withdrawal will spend nine percent. 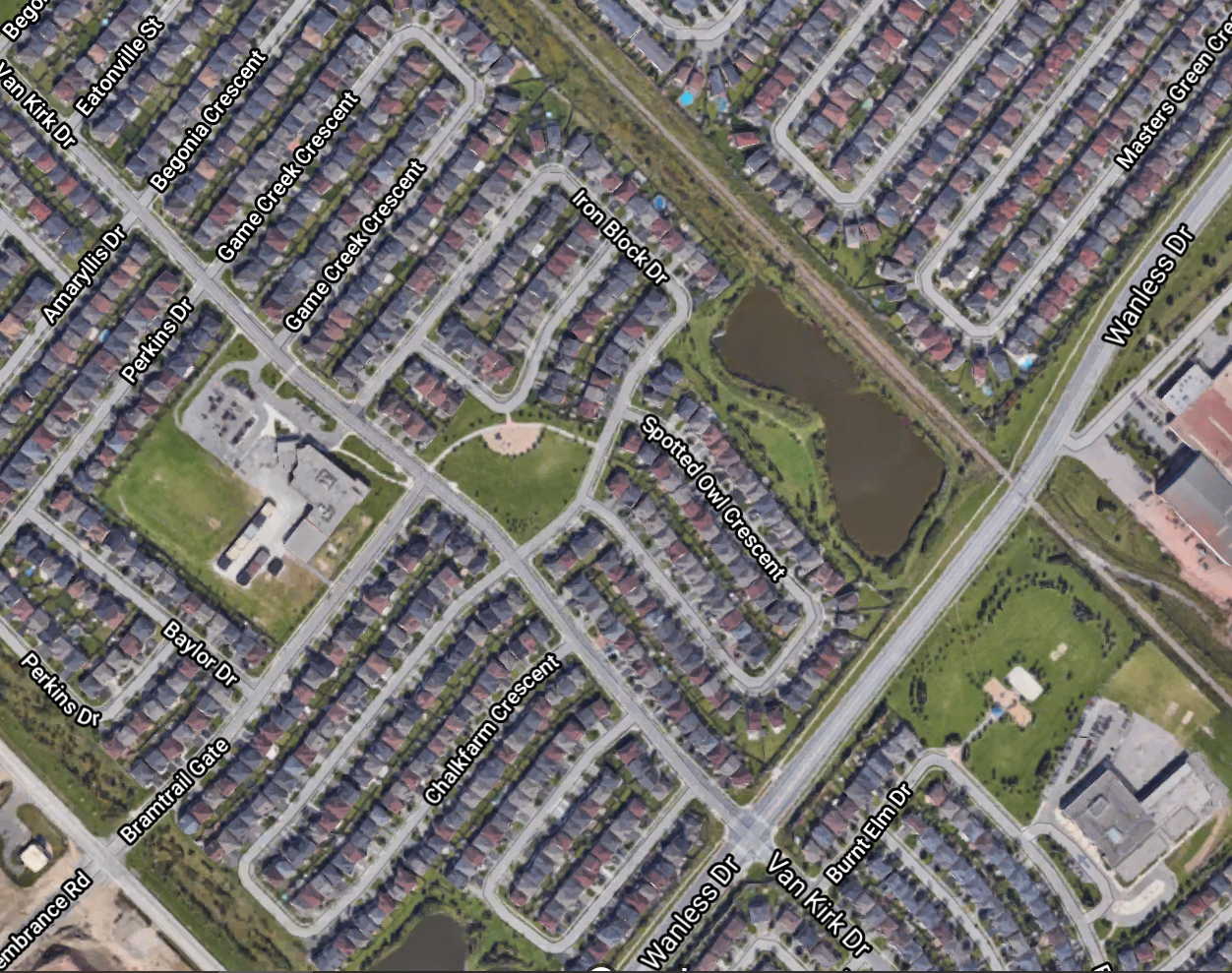 When it was presented last week, Housing Brampton captured the imagination of the community. In total, 14 separate groups presented to PDC, including non-profits, innovators, local residents and a representative for the Kingdom of the Netherlands.

Delegates voiced their support of the strategy and described the desperate need in Brampton.

“We actually have a housing crisis,” Pastor Randy Neilson of the Bramalea Christian Fellowship told councillors. He described how bureaucratic red-tape from the City had forced the Fellowship’s affordable housing project to provide parking spots for everyone in their 90-family development, despite the fact only 16 homes owned cars. The requirement cost the non-profit $1.6 million. 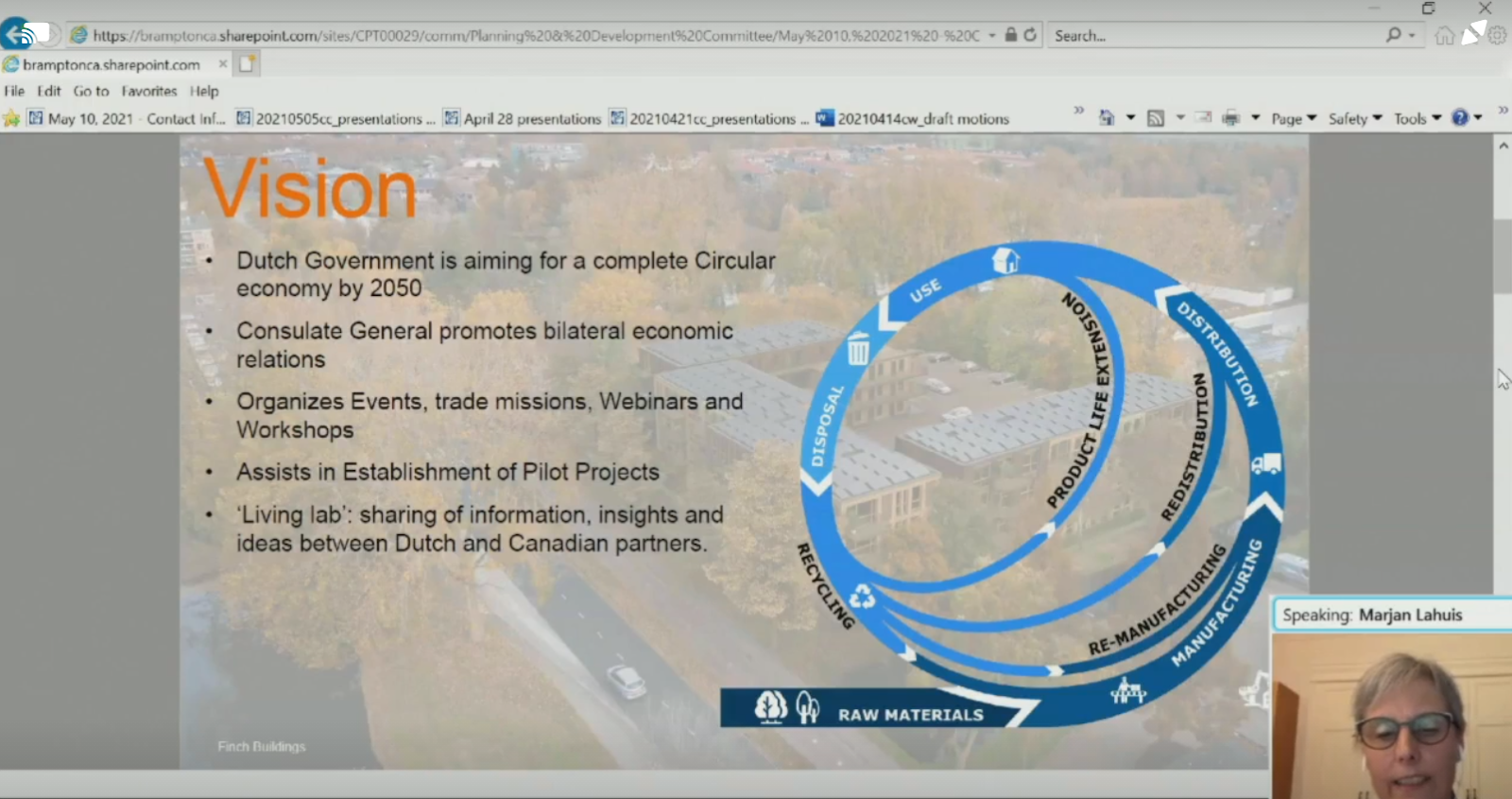 A representative for the Kingdom of the Netherlands was among the delegates at PDC on May 10, pushing green building standards

They range from cost-free practical solutions such as reduced parking requirements to more costly plans. For example, towards the end of 2021, staff will introduce a city-wide community improvement plan with incentives to increase purpose built affordable housing and rentals. This plan will hinge on waived development fees to encourage affordable and rental housing across the city.

“Financial losses through DC waivers will be offset by revenues generated City-wide through the contributions obtained by exceeding density height and/or Community Benefit Charges,” a City spokesperson told The Pointer.

A separate plan, named the Housing Catalyst Project, will aim to support non-profit innovation in the housing sector at an annual capital cost of $4 million.

The costly projects and incentives will help Brampton with its housing situation, but the biggest improvement can come from a change in mentality. Staff and councillors need to ingest the 135-page plan and its philosophy of smart density and rentals, not single-family homes. Every time an application comes to PDC or a developer walks into an office, councillors will have to channel the plan.

Does the development fit Brampton’s 2040 Vision? Is it affordable for the thousands of new families who will call Brampton home?

In April, developers in Brampton started 140 new single detached homes, two semi-detached and 86 townhouses, according to CMHC. No new apartments were begun. For 2021 as a whole, 231 singles have been started, 76 semis, 196 townhouses and 269 apartments. Councillors have a long way to go before the statistics for construction starts or completions come close to reflecting Brampton’s need, something no amount of pilot funding can change.

“Low density suburban living is not affordable anymore, nor will it meet the housing needs based on Brampton’s growth numbers,” Pastor Neilson added.