Maninder Sidhu’s silence in the House of Commons

When Maninder Sidhu was elected as MP for Brampton East in 2019, questions remained as to who he was and how effective he would be in representing residents in his riding. Very little was known about him at the time.

He was rushed into the spotlight after Raj Grewal’s departure from politics following struggles with a gambling addiction, and Brampton East was left with a rookie Liberal MP who had no experience in public office.

It’s been difficult to find out what experience, if any, Sidhu brought to his responsibility as a parliamentarian, expected to legislate and make laws that govern all Canadians.

The bio on his official Liberal website says he is an “entrepreneur and philanthropist”, who built a “customs brokerage” business after attending university. It also says he started The Kindness Movement Charity. The Pointer has been unable to find any information on a customs brokerage associated with Sidhu and the sparse website for the charity he started with his wife includes only the following information under the tab titled, Action Plan: “Get out and be the change you want to see. Inspire others with acts of kindness. Don’t just aspire to make a living, aspire to make a difference.”

The only wording on Maninder Sidhu's website explaining the "action plan" for his charity.

Examining his parliamentary record over the last two years sheds some light on Sidhu’s approach as an MP. He shared multiple times in committee meetings that he had a background in transportation (it’s unclear what this experience is) and worked as a customs broker before entering federal politics. He also offered vague comments about investments the federal government made over the past two years being helpful to his constituents.

What he didn’t do was openly advocate for the residents of Brampton East or speak on the pressing needs of his constituents, such as transit, healthcare and infrastructure, as seen in his parliamentary record.

Sidhu did not introduce any bills or motions. He spoke 30 times in the House of Commons and any mention of Brampton was in the context of general statements, for example, the only time he spoke during the April 23 session was to offer a statement on federal investments that helped mitigate climate change, including funds to create a transit maintenance facility in the city.

This didn’t change during committee meetings. Sidhu served as a member on a handful of committees including citizenship and immigration, natural resources and transport infrastructure and communities.

Sidhu raised points and asked questions about policies and legislation that impact Canada generally. For example, at a committee meeting on citizenship and immigration in June, he asked invited experts questions relating to the federal immigration blueprint and what industry sectors need to be consulted regarding current plans to set annual immigration levels.

Immigration is a topic of interest for many Brampton residents, but Sidhu did not drill down to the specific issues commonly raised in his riding, such as problems in recent years with the application process for family reunification under the family immigration policy. Other key local issues, such as the setting of annual levels for family-category immigration, and what many Brampton residents see as overly restrictive requirements for new applicants, were ignored by Sidhu. 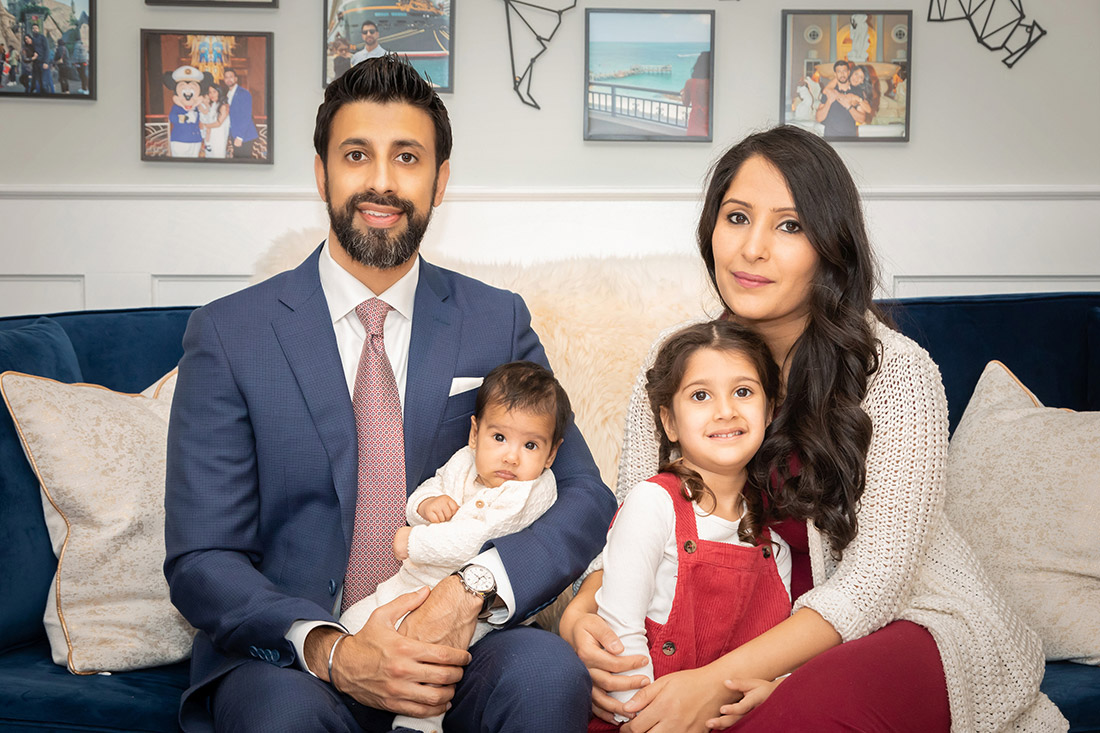 The first time MP has a background as a customs broker.

He stuck to more generalized issues, when he had the opportunity to ask questions in committee, for example, in one meeting on citizenship and immigration, he asked an expert how the federal government could develop a national labour strategy focusing on immigration while working with multiple levels of government.

One area of focus for Sidhu that does have a direct impact on his riding related to trucking and other modes of transportation, which he claims to have a background in. Brampton’s Punjabi-Canadian community, which he is a part of, is heavily involved in commercial trucking and many locals in the industry have also been politically active.

Sidhu gave voice to the concerns of many in the city’s large transportation sector, including those who have supported his sudden entry into politics.

“The transportation sector is huge here in Brampton. We have many truckers, and we have rail and cargo coming in through various modes,” he said during a transport, infrastructure and communities’ committee meeting before asking the transportation minister, Omar Alghabra, to provide an update on what’s being done to increase global market access for trading goods.

He was appointed as the parliamentary secretary to the Minister of International Development in March. It’s not clear how Sidhu was selected for the position. The appointment didn’t change his approach in Parliament, as he stuck to similar lines of questioning and general comments about the various benefits Liberals provided to all Canadians.

Records show he was vocal in the committee on foreign affairs and international development, asking questions about Afghan Sikhs arriving in Canada after fleeing Afghanistan and inquiring how Canada could support leadership efforts by female human rights activists. He did not take any tangible action to protect these rights.

Despite the appointment, Sidhu’s travel costs remained low. An examination of publicly available expenses between July 1, 2020 and March 31, 2021 show Sidhu spent a total of $6,132.92 going back and forth between Brampton and Ottawa and a total of $66,290.41 toward advertising on ethnic media outlets and Facebook, office supplies and other office-related expenses. Sidhu spent the least compared to the three other Brampton Liberal incumbents, Sonia Sidhu, Ruby Sahota and Kamal Khera.

While Sidhu boasted about infrastructure commitments by the Liberals to build a third Brampton Transit storage and maintenance facility and for the Riverwalk project, records do not indicate that he advocated himself to secure these investments. His comments came after the infrastructure pledges were made public.

Similar messages were also shared on social media. On July 19, Justin Trudeau stood alongside Peel MPs at a construction site across from the Mount Pleasant GO Station to share news the project would be home to a 26-storey residential tower with 302 affordable units (the actual number of affordable units could be far less than this); $120 million for the project came through a national program funded by taxpayers.

“Our government is building affordable housing units across [Canada], including thousands of units right here in Peel,” Sidhu tweeted of the announcement. His claim of “thousands” of units being built in Peel by the federal government is a large exaggeration. He did not offer any details of how many units in the region will come online directly as a result of current federal funding. 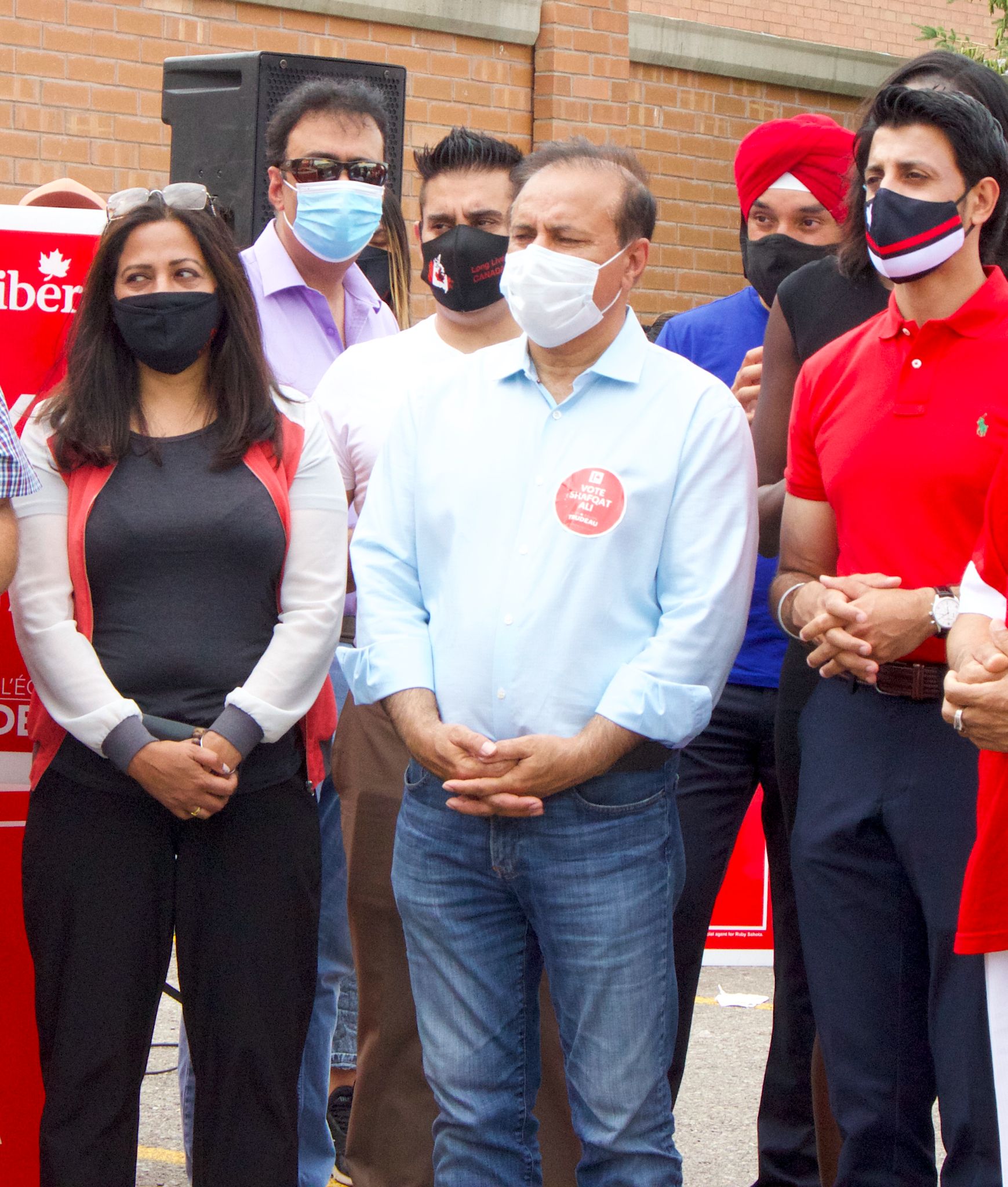 It was the second housing announcement the federal government made in Peel during this term of parliament. The first, a much larger investment of $276.4 million, was also made in Brampton last summer.

The money will go toward Peel Region’s Housing Master Plan that will build 5,364 affordable units by 2034. The first phase will cost $1 billion and lead to the creation of 2,240 units by 2028 but the funding goal has not been achieved. In addition to the funds provided by the federal government, only $673 million is pledged so far.

There is no record of Sidhu advocating for specific affordable housing funding in Brampton. He did not take the Region’s specific needs under its housing master plan to the floor in Parliament, only touting announcements after decisions had been made.

The lack of advocacy comes as the waitlist for affordable housing in Peel has exploded during the pandemic. In June 2019 there were 14,997 families and individuals on the list for subsidized housing, an increase from 13,597 reported in June 2018. By the end of 2020, this number jumped to 22,445, a 50 percent increase from the year prior.

The Pointer reached out to Sidhu and asked about his parliamentary record and what he did to advocate specifically for his Brampton constituents on issues such as immigration and affordable housing. He did not provide a response.