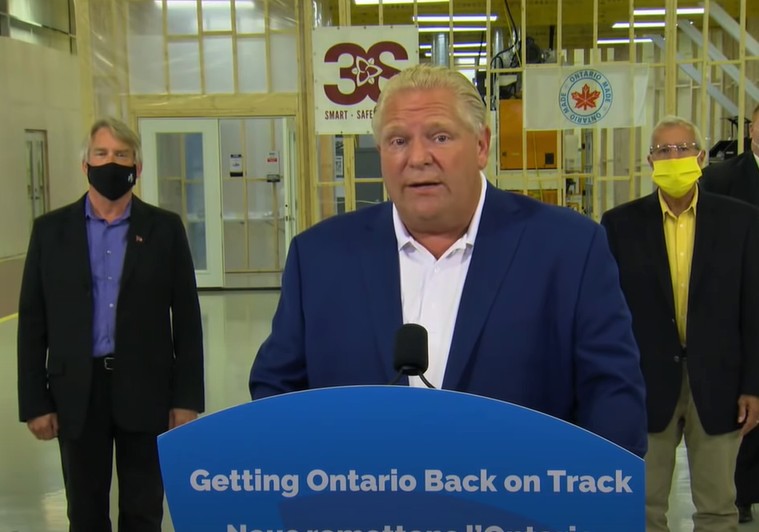 The numbers are hard to believe. On Wednesday, Brampton accounted for 37 percent of all COVID-19 cases in Ontario and 10 percent of those reported across the entire country.

The city makes up 4.5 percent of the province’s population but has consistently seen rates of new daily case counts that are four to eight times higher than those across Ontario, over the past three weeks.

On Friday, Premier Doug Ford said he has seen enough, and seemed to be growing tired with the failure of local leaders, specifically Mayor Patrick Brown.

“I am really concerned about what is happening in Brampton,” he told reporters during his daily news conference. Ford said he called Brown three times prior to speaking to the province to “find out what’s happening,” but couldn’t get through.

The Premier said he will get increased screening in the city, which has failed miserably to keep residents safe through adequate testing. 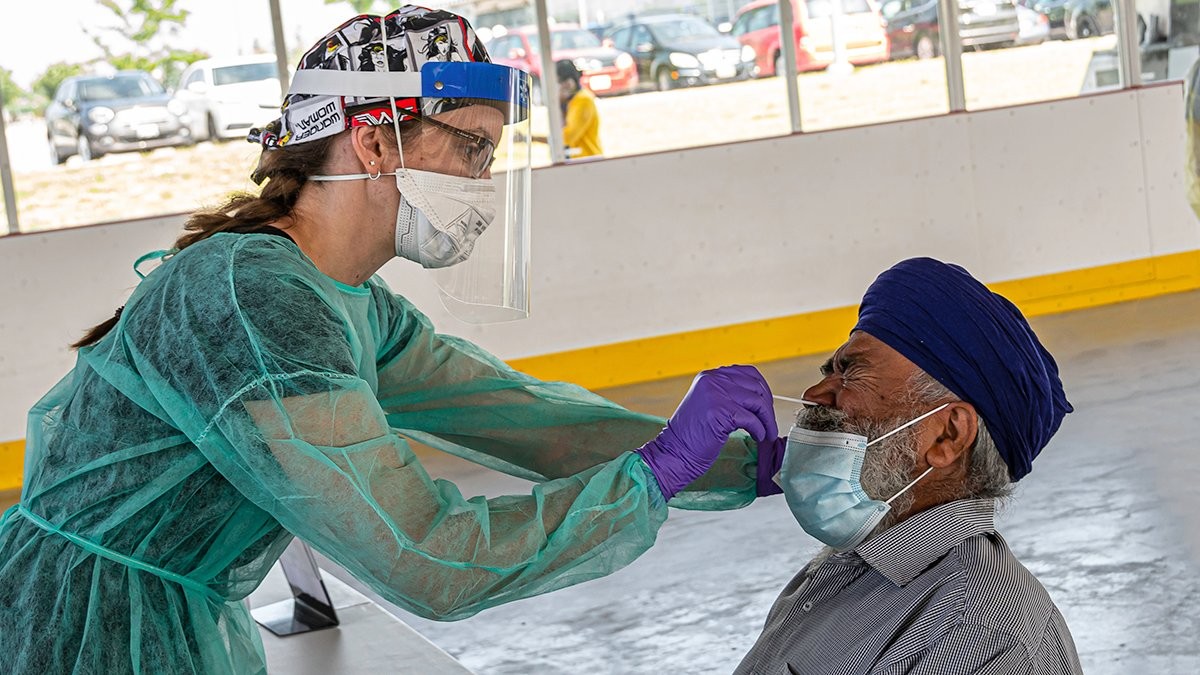 Brampton has only had one testing facility in the city over the course of the pandemic.

“We can send in mobile units,” he said. “I am really concerned when Brampton makes up 3 percent of the population (the city currently makes up 4.5 percent of Ontario’s population) and represents [almost] 40 percent of the cases (Wednesday). That’s concerning. I keep seeing it escalating.”

Cases in Brampton have been steadily climbing since the start of August, spiking dramatically this week.

The City of Brampton, William Osler Health Network and Peel Public Health have failed to manage the local reality since late March when Brampton’s numbers first started to outpace those seen across the rest of the province.

Recently, from August 30 to September 3, Brampton accounted for 29 percent of all new cases in Ontario over the five-day period, with 177 of the province’s 603 cases.

By contrast, in neighbouring Mississauga, there were a fraction of the cases. Brampton’s 49 cases on Wednesday compared to just 10 in Mississauga.

Local numbers for September 4 are not yet available, but Health Minister Christine Elliott tweeted to say the Peel total was 71 out of 148 cases in Ontario Friday. The numbers for each of Peel’s municipalities have not been released.

Almost immediately after the press conference, Brown and Ford discussed the issue.

“Had a very productive call with @fordnation about the uptick in #Covid_19 cases in #Brampton. We both agreed that we need to strongly limit social gatherings given the spread of #Covid_19,” Brown tweeted.

Brown suggested that he has asked for a second testing facility, but it’s unclear why he did not get another one set up, in collaboration with Osler, since the beginning of the pandemic. 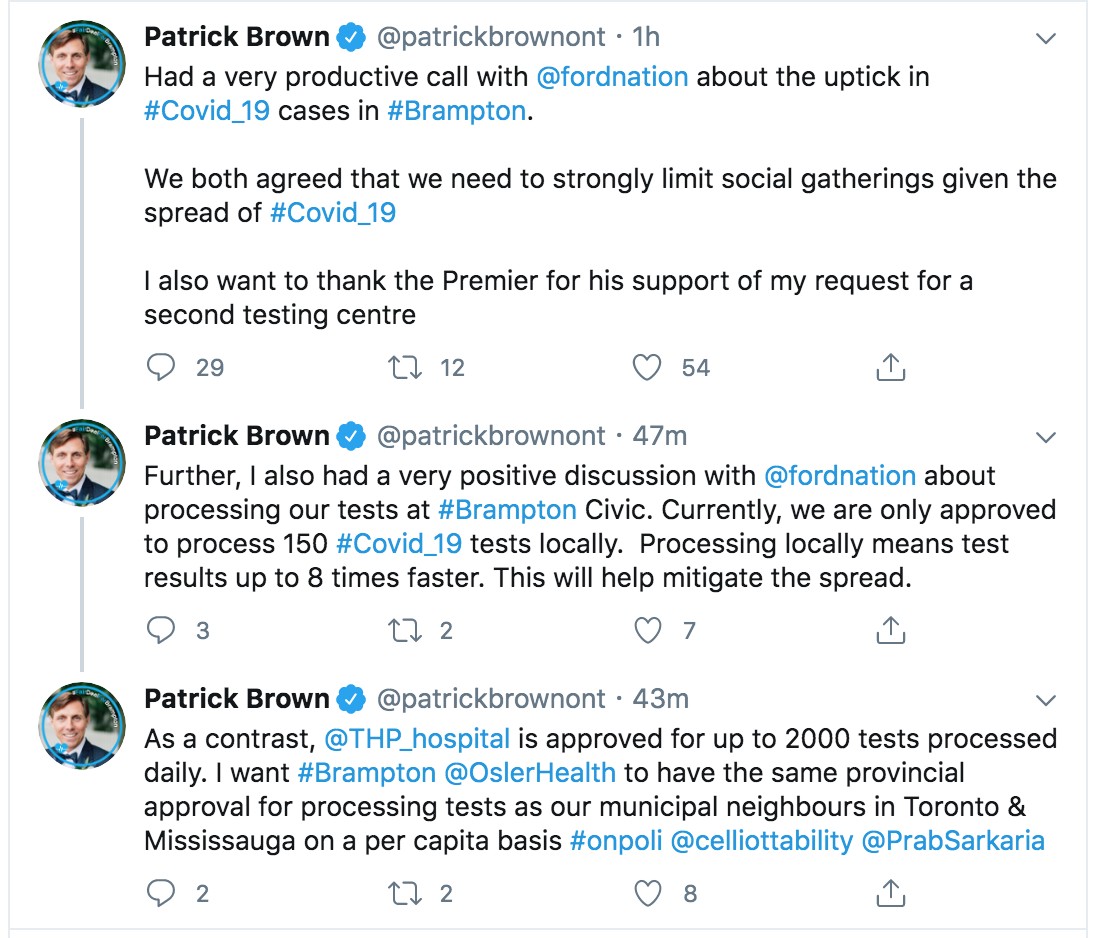 The Pointer was told in the spring by Brown’s head of communications, Gary Collins, that Osler had requested help from the mayor’s office to set up a second screening site in the city, but that the request was turned down.

When Osler did eventually set up a drive-through facility, it closed its testing site at Peel Memorial.

In Mississauga, Trillium Health Partners has maintained two separate sites with four individual screening components since early in the pandemic.

Brampton has seen a steady rise in the number of new COVID-19 cases since the beginning of August.

Facing scrutiny over the high numbers that were persisting as spring neared its end, Brown misled the public, claiming that all of Osler’s testing figures were for Brampton, boasting that the city had among the highest testing numbers in the province. In fact, the numbers he used included Osler’s two Etobicoke testing sites, while it only ran one in Brampton.

In June, Brown claimed 52,000 tests had been done in “our hospital”, more “than any other hospital” in Ontario. His claims were false.

At the beginning of June, The Pointer reported Osler’s woeful testing numbers in Brampton. Between March 11 and May 29, the hospital network completed around 9,000 tests in Brampton, about 12 percent of the target, based on per capita figures, set by the province.

Ford called out the city and the local public health agency for the failure to meet adequate testing levels, to ensure public safety. In June, as the numbers in the city remained out of control, the province sent in emergency help, setting up pop-up testing sites.

Asked by The Pointer in early June why it was only running one screening centre in a city with 650,000 residents, Osler did not address the question and said those who wanted a COVID-19 test could travel from Brampton to Etobicoke, which appeared to contradict recommendations by the province at the time.

The need for a second testing centre in Brampton has been clear almost since the start of the pandemic. With roughly 650,000 residents and dynamics such as high-density neighbourhoods, a number of low-income areas, a very high visible minority population and many residents who work in essential jobs, all of which are factors behind high COVID rates, a single testing location has failed to effectively contain local transmission.

The Pointer has repeatedly asked Brown, Osler and Peel Public Health about the lack of testing.

In an email to The Pointer Friday afternoon, Brown said he was confident Ford will help get a second testing facility set up. “The wait is too long at the current one. I want testing to be easy and straightforward,” he said.

It remains unclear what Brown has done about this for months. After Ford called him out Friday, it appears the mayor has finally got the message.

He told The Pointer more lab results should be processed at Brampton Civic Hospital. According to Brown, Civic can only process 150 samples per day, with the rest sent to Toronto by courier. Increasing Civic’s processing capacity would lead to faster results and reduce exposure, the mayor said. Again, if he has known about such a bottleneck for months, it remains unclear why Brown is only pointing his finger at Osler now.

The province did not directly address Brown’s claims. A spokesperson for Ford’s office said they would “let the Premier’s comments stand”.

Throughout the pandemic, Brampton has fallen well below its provincial share of testing, with William Osler, the hospital network responsible for local screening, only running one testing facility in the city. 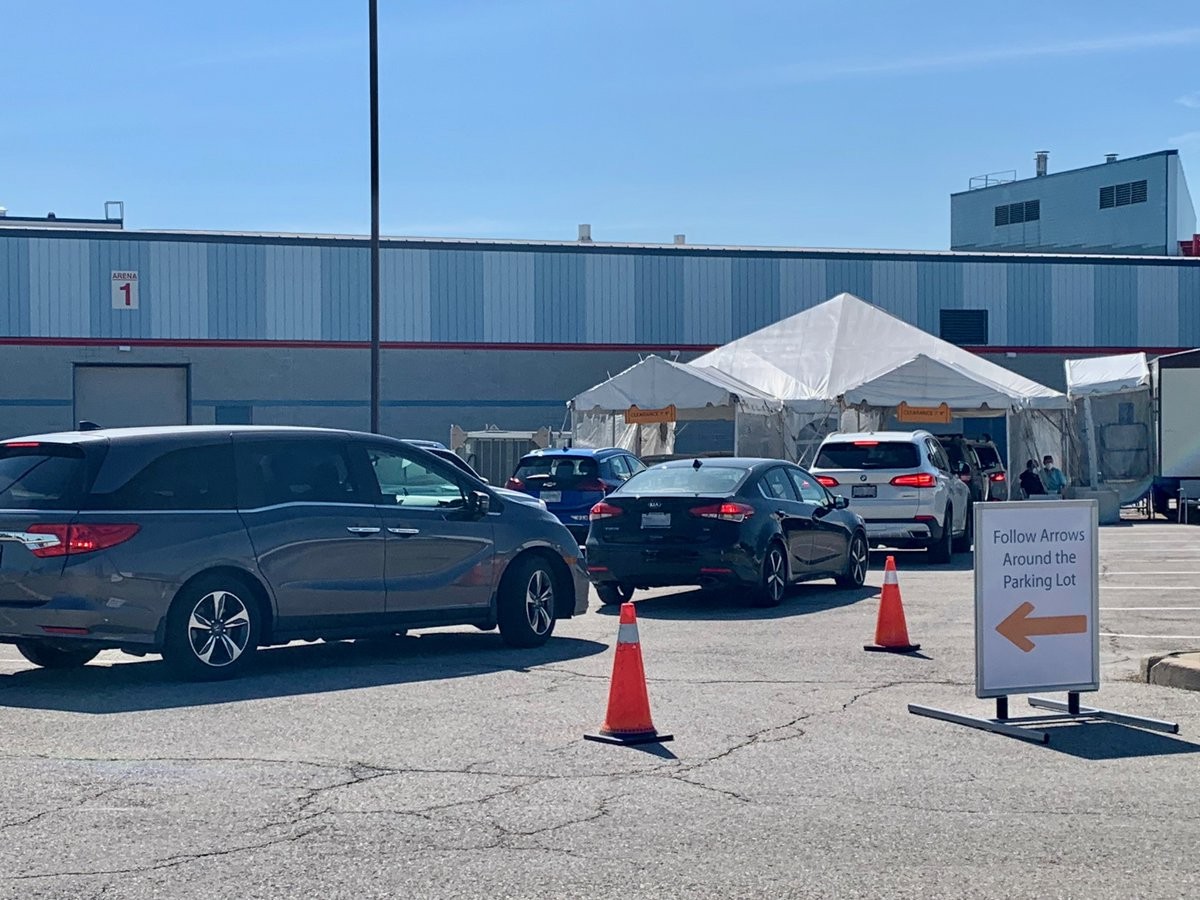 By contrast, Osler had operated two facilities in Etobicoke through the end of July, despite Brampton having almost double the population.

Local officials missed an opportunity to ramp up Brampton’s testing when a drive-through location at South Fletcher’s Sportsplex was opened on June 16. Instead of maintaining the walk-up testing location which had operated at Peel Memorial since the beginning of the pandemic, Osler shut it down and moved resources to their new space.

Last week, the city made up almost 20 percent of all cases in Ontario.

Peel Public Health and the region’s top doctor, Lawrence Loh, have failed to deploy a specific strategy for Brampton. Twice per week at press conferences in Mississauga and Brampton, Loh has repeated the “core four behaviors” (hand washing, distancing, masking and not touching face) religiously, but new strategies to target surging cases have been absent.

Demographic factors such as dense and multigenerational living arrangements, along with workplace exposure, are common in the city. Some have questioned if a large number of illegal secondary units or basement apartments is one reason for the city’s problems. 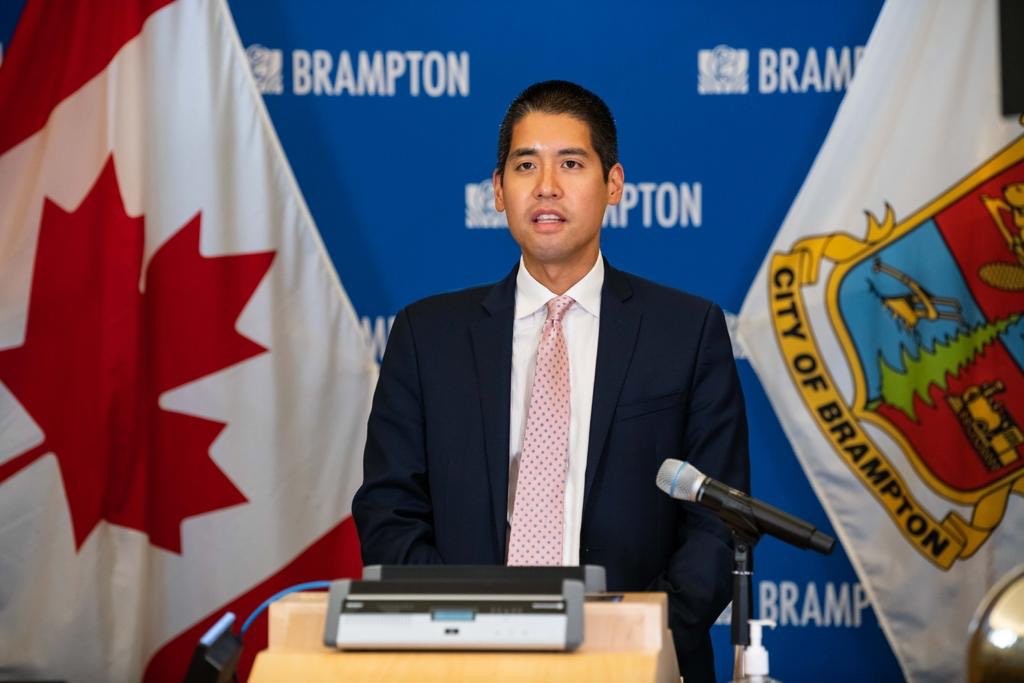 The city’s growing case count  is top of mind for many, as students at Peel District School Board and Dufferin-Peel Catholic District School Board head back to the classroom for orientations next week. Many fear high community spread of the virus will be exacerbated by schools reopening. If high case counts in specific neighbourhoods result in classroom transmission it could make a bad situation worse.

According to Global News, two staff members with the Peel District School Board tested positive for COVID-19 recently, even before classrooms open to students.

Ford’s criticism of Brampton is the second time the Premier has singled out the city. In June, also speaking from a press conference podium, Brampton was labelled a provincial hotspot for COVID-19.

Despite the concern, the province allowed Brampton to progress to Stage 2 of its reopening plan only a few weeks later and, at the end of July, to Stage 3.

Brown has been heavily criticized on social media after he was caught on video twice, without a mask and failing to practice social distancing at a local hockey arena where he has played since the end of June.

While he has warned residents about stiff penalties for not following the rules, he has set a terrible example himself, critics have said.