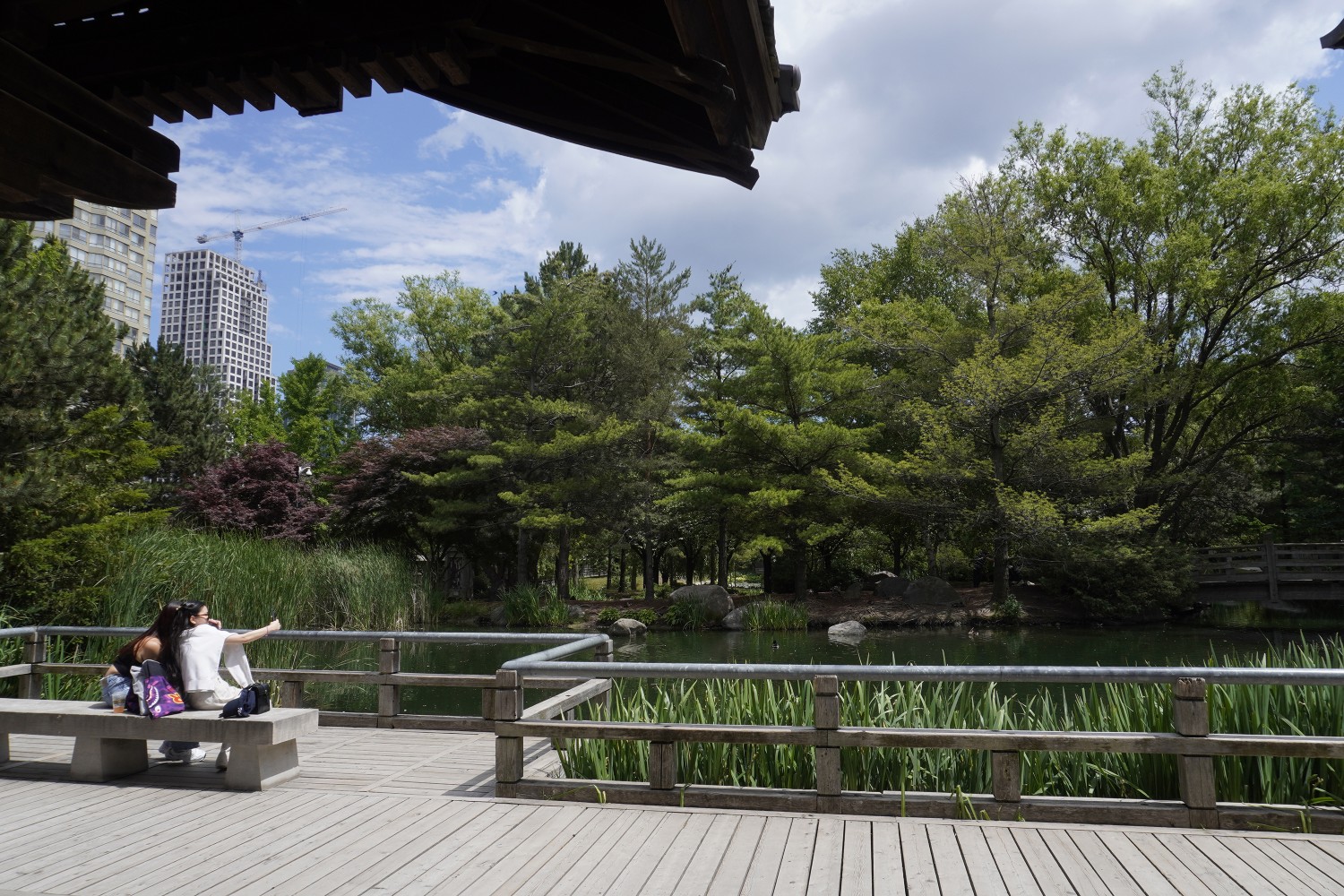 The City of Mississauga is looking to upper levels of government to put their money where their mouth is when it comes to helping municipalities mitigate the impacts of our changing climate.

On World Environment day earlier this year—the theme for which was “Only One Earth”—Prime Minister Justin Trudeau said “Today, on World Environment Day, we come together with the international community to protect our planet and ensure our kids and grandkids can have a safe and healthy place to live and grow. This year’s theme…highlights the importance of working together toward this goal.”

And while Premier Doug Ford has proven through his first term in office that he is no friend to the environment, and climate change mitigation is not on his priority list, a statement on Ontario’s Environmental Registry claims “Ontario is the leader of Canada’s progress on emission reductions and is committed to meeting our 2030 reduction target” — which is a 30 percent reduction in emissions below 2005 levels.

The City is now looking to both the province and the federal government for millions of dollars in assistance to meet its own climate targets, and as Canada’s seventh largest city, any accomplishment in Mississauga will boost provincial and national climate efforts.

As anyone who has stepped outside during the recent heat wave that settled over the GTA, Mississauga is not exempt from the effects of climate change.

Scorching heat waves, along with intense rainfall, flooding, and acute winter storms have inundated the City in recent years. Which should come as no surprise as Peel Region is warming at a rate twice that of the global average.

In April 2021, the Credit Valley Conservation Authority (CVC), which is responsible for maintaining watersheds across the majority of the Region, published shocking findings from its integrated watershed monitoring program.

The CVC reported an average annual temperature increase of 1.8 degrees since 1940—approximately double the rate of warming that has occurred globally.

Mississauga has since committed to a vision of being a “low carbon and resilient community.”

In order to adhere to this vision and to comply with the goal of reducing greenhouse gas emissions 80 percent below 1990 levels by 2050, the City is applying for 14 grants, totalling nearly $14.4 million from upper levels of government for various sustainability projects.

Ten of the projects fall under the funding stream from the Natural Infrastructure Fund (NIF). The NIF was launched in July and has made available $200 million to support “projects that use natural or hybrid approaches to protect the natural environment, support healthy and resilient communities, and contribute to economic growth and jobs,” according to the Government of Canada website.

The first is the expansion and restoration of wetlands at Riverwood Park just south of Highway 403. The City is looking for $460,000 to assist with the project, which has an estimated $575,000 budget. The City plans to cover the remaining cost through its annual capital budget process.

The City is also looking for help with tree planting around City parks and playgrounds, and assistance with replacing trees destroyed by the invasive emerald ash borer. Both of these efforts will help improve the City’s tree canopy which provides cooling shade for the municipality and can help lower the overall temperature. Mississauga is looking for $960,000 to help fund the $1.2 million needed for these two initiatives.

A study completed by Nature United in 2021 identified tree planting and other environmental restoration efforts among 24 “pathways” which if fully implemented could help Canada reduce GHG emissions by 11 percent — or 76 megatonnes — by 2030, or the amount equal to powering every single home in Canada for three years.

The study identified a trio of different project types — protect, manage, and restore — of which management efforts, projects like those that improve the health of existing forests, or agricultural efforts like planting cover crops to keep soil healthy, have the potential to reduce 57 percent of the total GHG emissions identified. Protection efforts, or simply leaving our green and agricultural spaces alone, can reduce Canada’s emissions by 30 megatonnes of carbon by 2030. Mississauga’s efforts to improve the tree canopy and restore wetlands fall within the 5 percent of GHG emission reductions identified from restoration efforts. This means that even small efforts can have an impact across Ontario, but due to the small scale of these green initiatives, any mitigating impact those trees have on the climate picture could be completely erased by making poor land use decisions that compromise Greenbelt lands or destroy prime agricultural land. 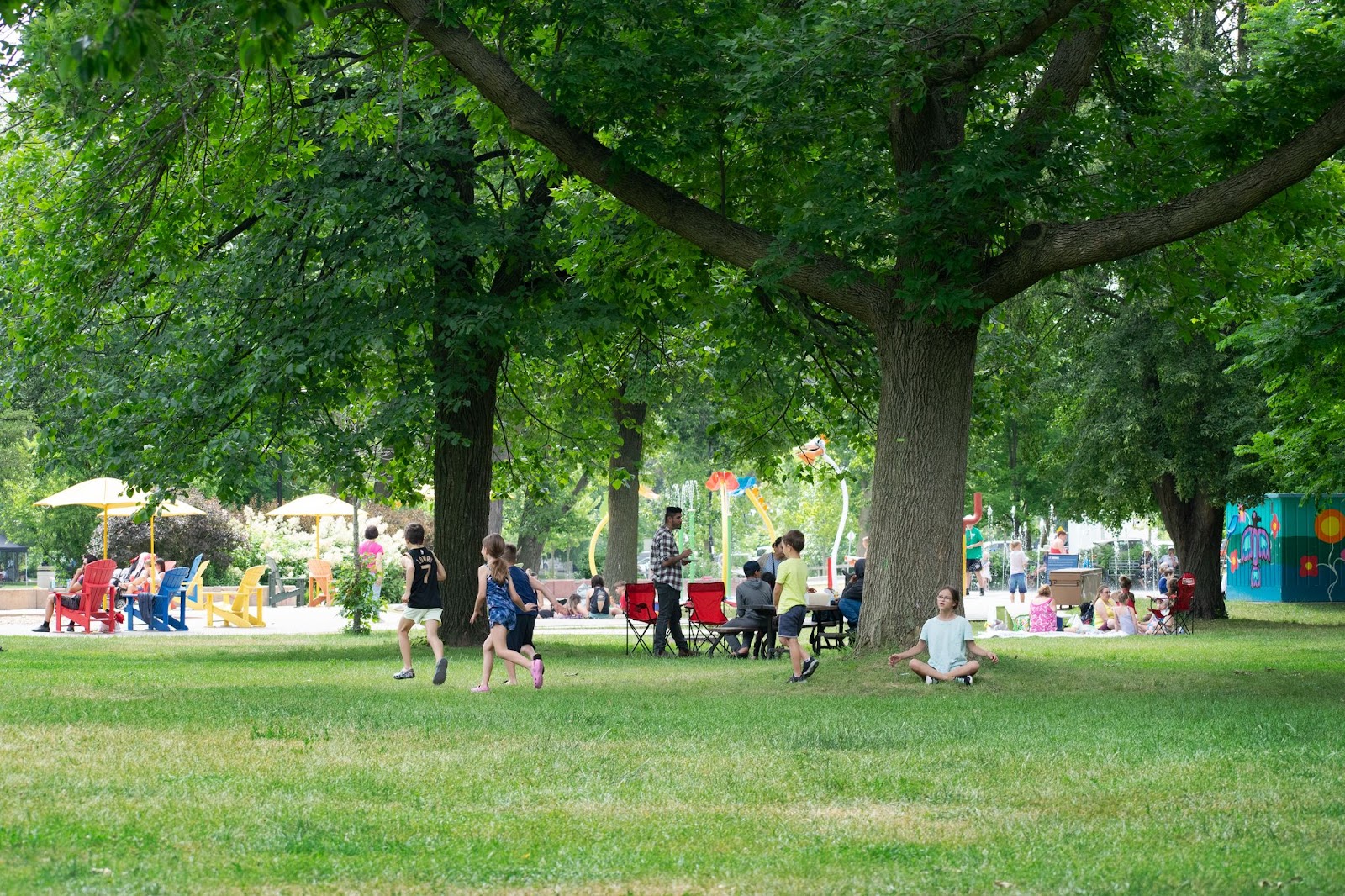 The City of Mississauga is seeking funding from upper levels of government to rejuvenate and build up its tree canopy.

While the City cannot control the whims of the provincial government, which plans to drive Highway 413 through Ontario’s Greenbelt—a project the City has strongly opposed—Mississauga is doing what it can to protect the greenspace within its own borders.

Mississauga has developed a Parks Plan to account for a citywide deficit of greenspace. The strategy looks to prioritize existing parks and green corridors, while looking for opportunities to expand and grow this natural asset base for the benefit of the City’s population as it continues to grow.

In addition to tree planting efforts, Mississauga is also looking for support with:

In addition to the projects funded through the NIF, Mississauga is also looking for additional support from the Investing in Canada Infrastructure Program (ICIP). The Public Transit Stream of the ICIP was launched by the Government of Canada in 2019 for municipalities within the GTHA.

Under the ICIP, the costs for eligible projects are divided between the three levels of government with 40 percent of the budget falling to the federal government, 33.3 percent to the Province and 26.6 percent to the municipality.

The City is looking for support for a number of ongoing green transit initiatives.

In June, working with the University of Toronto’s Transit Analytic Lab, the City approved funds to conduct an On-Route Charging Feasibility Study and an On-Demand Transit Feasibility Study. This analysis will help inform Mississauga’s efforts to transition to green transit—a switch that is desperately needed if the City hopes to reach its ambitious climate goals.

The next step in Mississauga’s green transit plan is to allow recharging for approximately 30 battery electric buses (BEBs) at the Central Parkway Garage. The estimated cost of this project is $13.7 million and the maximum funding that can be received through the Public Transit stream of the ICIP is just over $10 million.

The remaining three grants that the City is applying for have to do with the electrification of vehicles. Mississauga is looking for $1 million in support to help with its $3 million conversion of City fleet vehicles to electric; and $300,000 to bring the Mobile Electric Vehicle Education Trailer (MEET) to the City. MEET is “a community-hub for EV education and awareness that is fully collapsible and transportable. It comes equipped with Plug’n Drive trained staff, informational displays, interactive learning tools and an EV test drive in some of the latest EV models from leading manufacturers,” according to its website. Increasing awareness about the benefits of EVs is a critical piece of Peel’s recently released EV strategy.

The City is also requesting funds to assist with the expansion of electric vehicle charging infrastructure.

A lack of charging infrastructure for electric vehicles remains a major gap in Peel’s transition to a low carbon community.

The federal government has accelerated its previous goal of 100 percent electric vehicle sales by 2040 to 2035. The Zero Emissions Vehicle infrastructure Program (ZEVIP) was created to address gaps in charging infrastructure accessibility. The program will pay 50 percent of the total cost of new charging locations up to a total of $1 million. 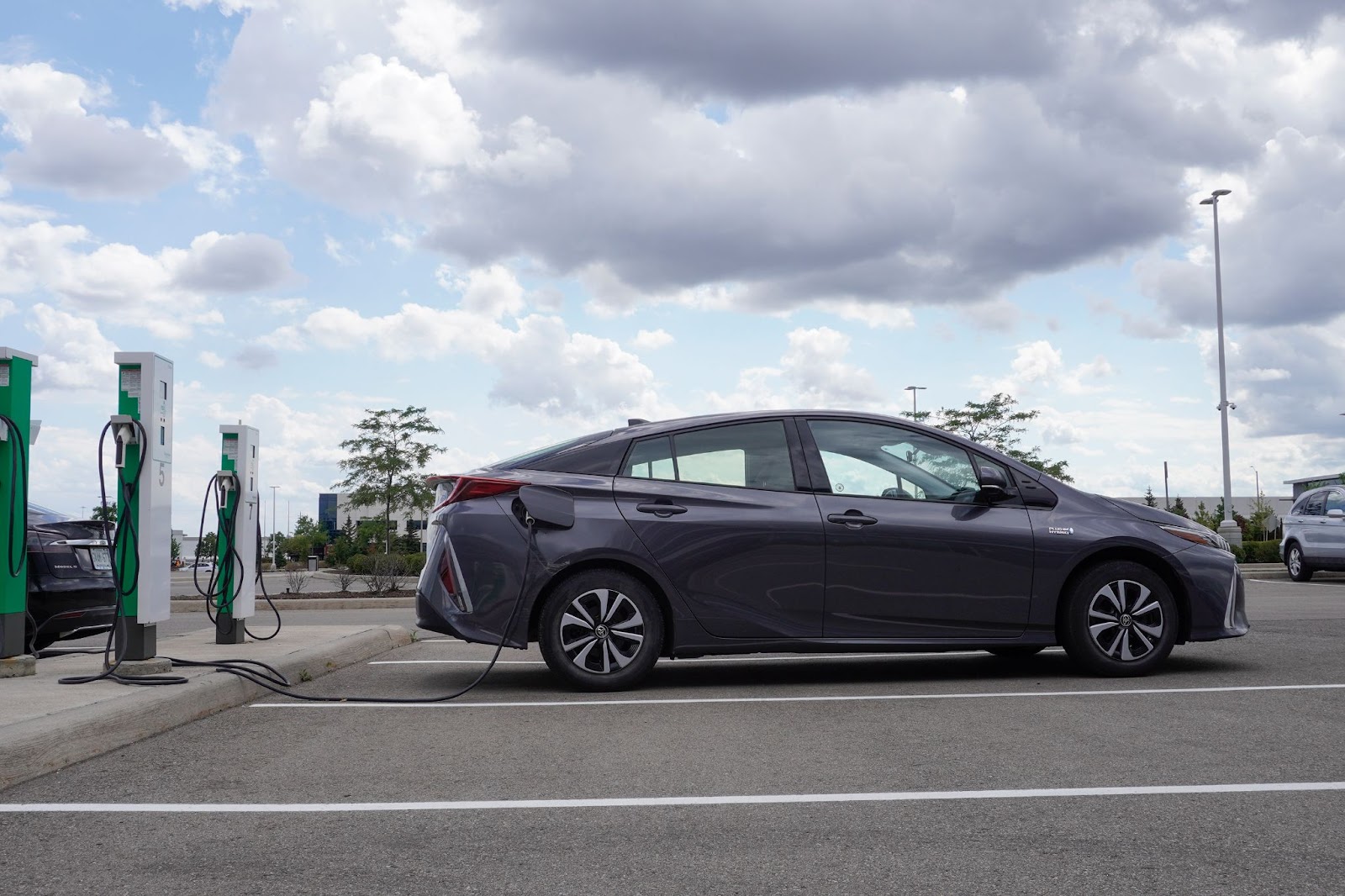 The addition of charging stations for electric vehicles around the city will make driving easier for the owners of EVs and eliminate one of the largest barriers preventing more people from buying these greener cars.

Through the five grant programs, the City of Mississauga is looking at receiving a total of $14,386,307 for sustainability projects with the total costs reaching $21,578,000. The City says the remaining $7.1 million will be worked into its capital budget as projects are approved. The recommendation to move forward with the grant applications was carried unanimously by council at its August 10 meeting.