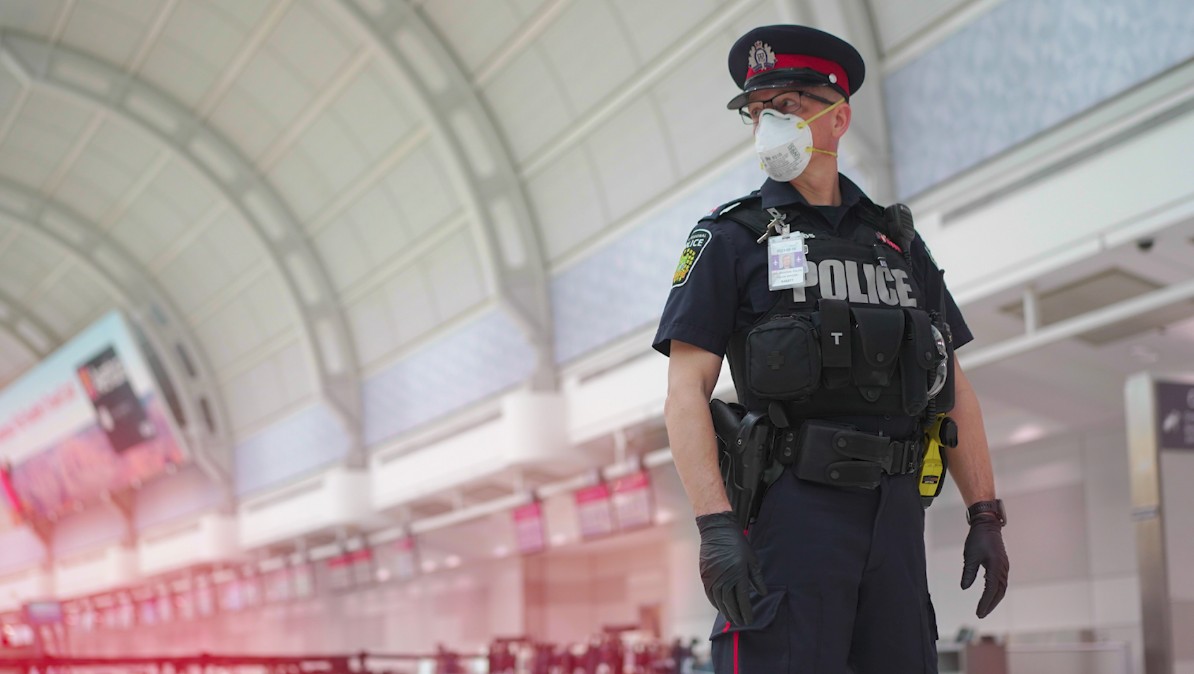 The pandemic pressed the pause button on many of life’s normal activities, and according to the 2020 annual report from the Peel Regional Police, criminal activity was no exception.

Brampton and Mississauga not only saw a decrease in the number of violent criminal acts for the first time in five years, the two cities also recorded drops in vehicle collisions, assaults, sexual violations and crimes against property.

The numbers may come as a surprise after a mass shooting in Mississauga late last week left one man dead and four others injured. Surveillance footage released by Peel Regional Police shows a hooded man peering into the windows of a Mississauga restaurant with his hands deep in the pockets of his sweatshirt before stepping inside to open fire on staff members. Police have called it an isolated incident and are still looking for information on the shooter.

Surveillance footage shows a man seconds before entering a Mississauga restaurant and shooting at staff members. One man was killed and four others were injured. (Image from Peel Regional Police)

Due to 2020’s status as a pandemic year, comparing its statistics to years prior must be done with a large asterisk as lockdowns, physical distancing and other restrictions created by the COVID-19 pandemic are sure to skew statistics. The recent Mississauga shooting is a startling reminder that Peel is not free of these crimes, but the reprieve recorded in 2020 may be a small silver lining to an otherwise tragic year.

The 2020 annual report from PRP includes statistics for all types of crime handled by officers last year and how the organization is handling the workload. Over the last five years, that workload for Peel officers has been steadily increasing along with the region’s population. Last year marked a break from that trend.

According to the report, many types of crime showed a decrease compared to the year prior.

With fewer people out and about, “crimes against persons”, a category that includes the most violent types of criminal activity, decreased 11 percent across the board following a steady increase in numbers since 2017. Homicides dropped from 28 in 2019 to 17; sexual and non sexual assaults also decreased for the first time since 2015 with both recording about a 10 percent drop.

With more people staying home the opportunities for thefts were reduced significantly. Reports of break and enters dropped from 3,089 in 2019 to 2,403. However, with more cars lying dormant in driveways, motor vehicle thefts increased from 3,062 to 3,376.

While the number of shooting victims decreased over the past year, police seized 14 percent more guns. Stabbing victims dropped 13 percent.

The few exceptions to this decrease in criminal activity were drug related offences, stunt driving and motor collision fatalities.

Stay at home orders led to a large portion of the GTA’s workforce doing their jobs from home. As a result, motor vehicle collisions saw a 44 percent drop from 29,364 in 2019 to 16,576 last year. Even with the amount of collisions being cut in half, fatal collisions were up 87 percent, from 22 to 37.

With offices closed, many commuters were removed from the roads, and with business and activity closures in cities across the GTA, traffic volumes decreased drastically. The typically clogged highways of Peel became a haven for organized street racing. Stunt driving charges spiked 126 percent from 2019. Police went to social media to share the incredibly dangerous speeds some drivers were doing on empty roads across Peel. 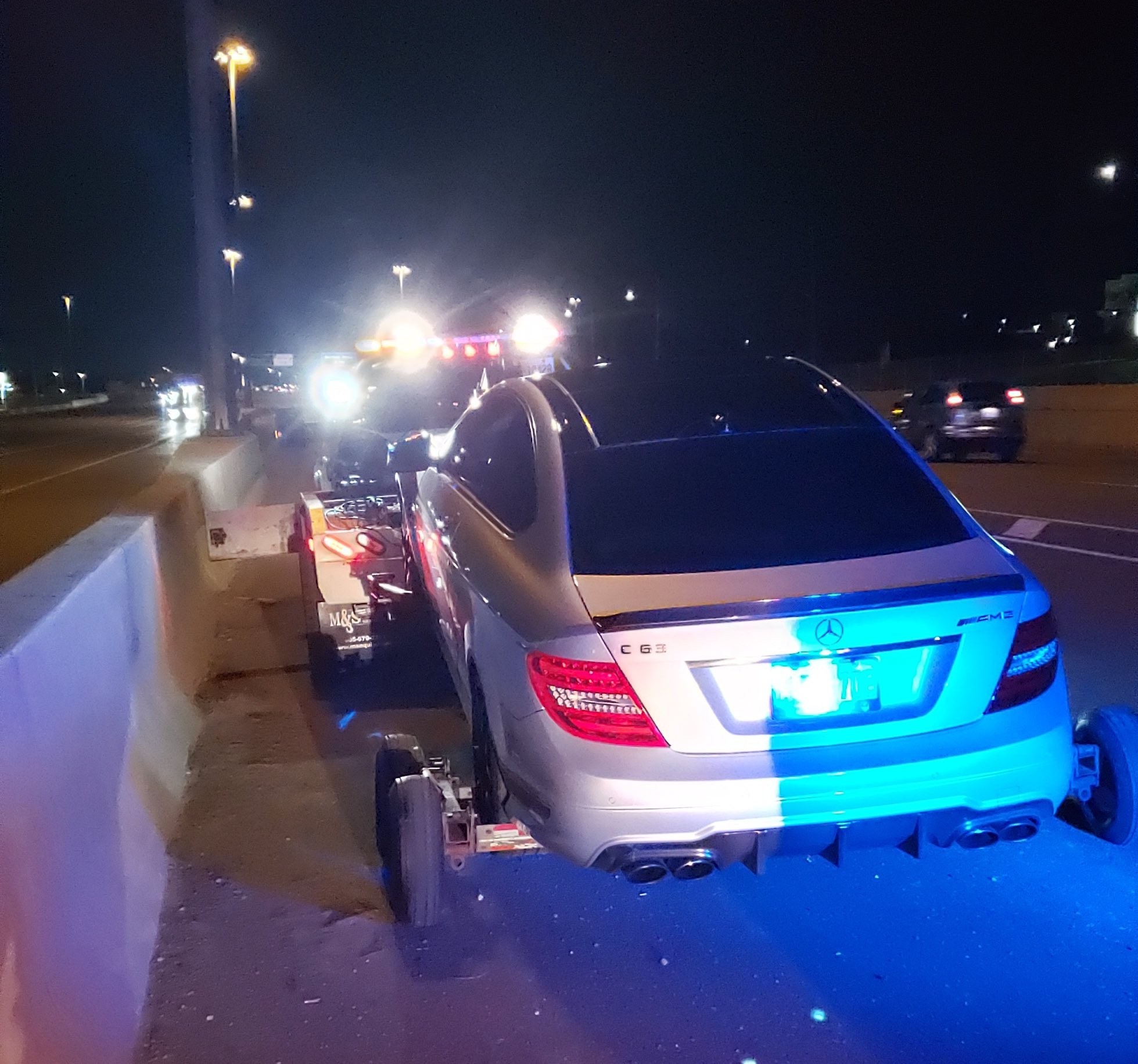 Police recorded a significant increase in stunt driving charges in 2020 leading to many vehicle seizures after drivers were caught going speeds significant above the limit. (Image from Peel Regional Police)

Drug and alcohol related driving offenses also saw a slight drop last year, with police catching 989 people in 2020 compared to 1,082 in 2019. The overall report doesn’t break down the charges between alcohol and cannabis or other drugs, but another report from PRP noted driving while intoxicated due to cannabis charges had increased 86 percent between 2018 and 2020.

For drug-related charges, after a downward trend that has seen consistent drops in these crimes every year since 2015, PRP recorded a 28 percent increase in drug violations in 2020. Drug trafficking, production and distribution went up from 314 to 413 in 2020, whereas possession went from 962 to 1,220.

The increase in charges connected to the drug trade comes at a time when Peel is seeing its darkest period for overdoses in its history. Between February to May 2020 The Pointer reported overdose deaths increased nearly three times. From 8 deaths in February, to 14 in March, 17 in April and 22 in May. More Peel residents lost their lives to opioids in 2020 than any year prior. 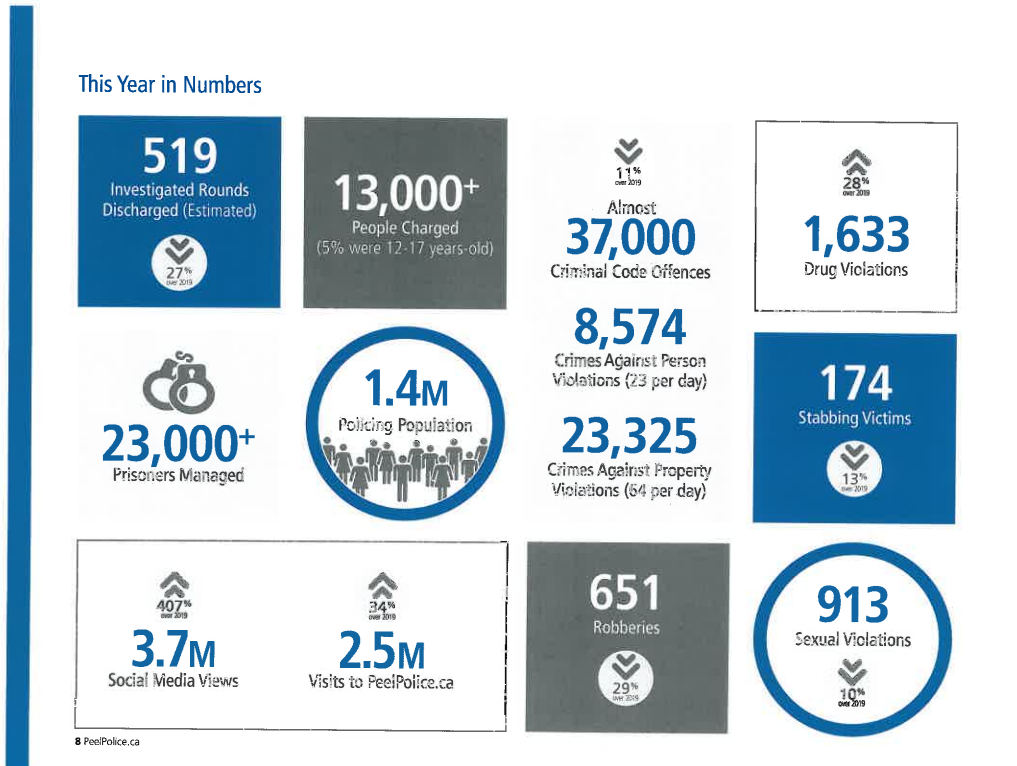 Most statistics Peel Police presented in their annual report were decreasing. The exceptions were drug violations, stunt driving and fatal motor collisions. (Slide deck from Police Services Board presentation May 28, 2021)

Although Peel police recorded an overall decrease in the number of calls from citizens for assistance last year, the numbers still show that police were responding to about 435 of these calls every day last year. For the last several years, the most common call from citizens is for domestic disputes, and while these types of calls decreased 5 percent in 2020, it remained the top call type during the pandemic with over 10,000 of these incidents coming to police attention.