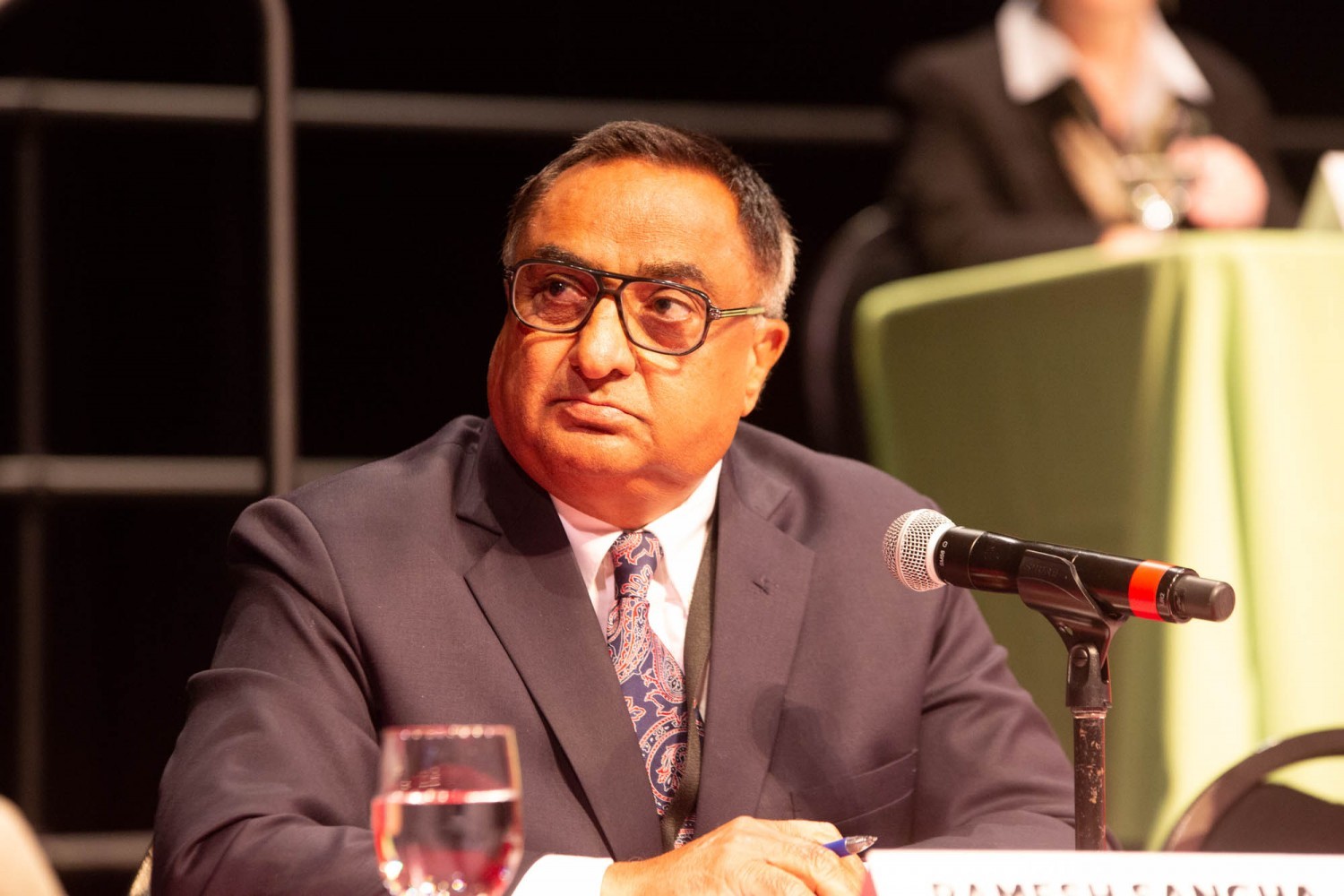 A Shakespearean drama played out in Peel with Liberal MPs in the starring roles. The performance appears to be nearing its conclusion and Ramesh Sangha, the Brampton Centre parliamentarian, has lost his place in the party caucus.

The news broke Monday, after the government whip, Mark Holland, issued a brief statement. He said Sangha, MP for Brampton Centre, had been removed from the party after he made "baseless and dangerous" accusations about his fellow Liberals.

"As we have made clear time and time again, we will not tolerate conspiracy theories, or dangerous and unfounded rhetoric about Parliamentarians or other Canadians," the statement said. "Unfortunately, it is not uncommon for many Canadians to experience suspicions because of their background; we all know where this can lead."

The whip’s office would not confirm the comments which led to Sangha’s removal.

The decision means the Liberals will again enter the next federal election in Brampton with only four incumbents. In 2019, rookie Maninder Sidhu was elected to replace former Liberal MP Raj Grewal in Brampton East. Next time around, a new candidate will represent the Liberals in Brampton Centre.

When The Pointer called Sangha’s office to ask for comment Monday, staff were unable to answer questions. In an email sent Tuesday, Akin Oduntan, a legislative assistant and advisor, said his boss would not be available “for any statements regarding his removal from the Liberal Caucus,” before offering contact information to reach the MP.

Sangha did not respond personally. 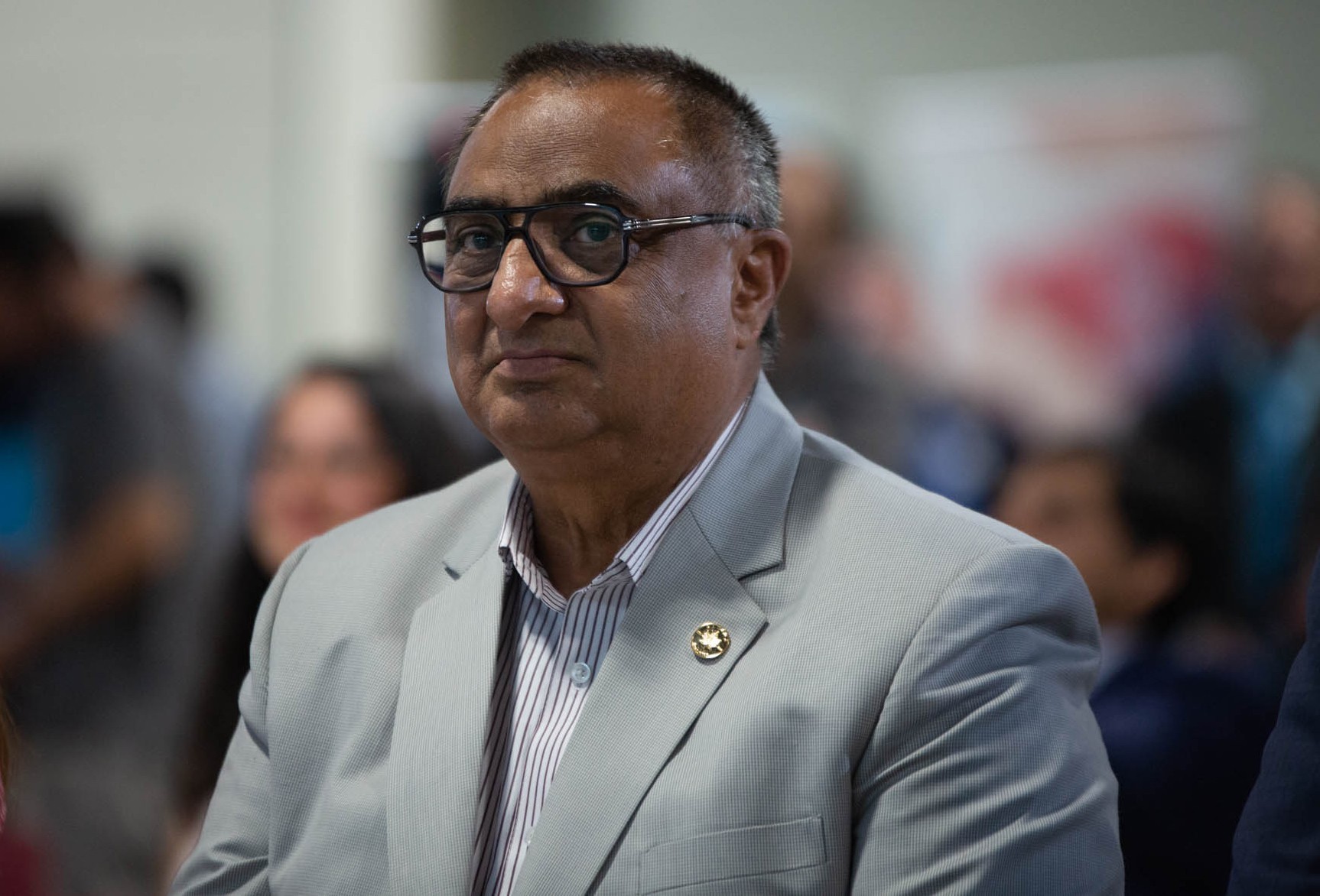 With Sangha's removal from the Liberal caucus, the Liberal Party will once again enter the next election with only four incumbents in Brampton.

His removal from the Liberal caucus comes after Navdeep Bains, MP for Mississauga—Malton and former Minister of Innovation, Science and Economic Development, announced a surprise decision earlier in the month to step down from cabinet and to not run again in the next election. Bains, whose profile in the Liberal Party had never been larger, was the most influential federal politician in Peel and its only cabinet minister.

In the reshuffle triggered by Bains’ decision to step away from the public eye so he can spend more time with his two school-age daughters, Mississauga Centre MP Omar Alghabra was tapped for the role of Transport Minister. The move means Mississauga continues to boast a cabinet position, even after Bains’ unexpected retreat from federal politics.

Although the government whip would not comment on the specific reasons for Sangha’s removal, the decision coincides with comments Sangha made about Bains, after he announced his decision to leave cabinet and step away from politics ahead of the next election.

On Saturday, Baaz News, a publication that covers the Sikh and Punjabi diaspora, carried comments Sangha made about Bains during a Punjabi-language interview with Y Media on January 21. According to Baaz, which translated Sangha’s comments, the MP said he “wasn’t that astonished” by Bains’ decision to step down, adding that the reason “didn’t make sense”.

He then linked Bains with the Sikh separatist movement in India, known as the Khalistani cause, even suggesting extremist behaviour. “When I think back, someone who says I am extremist and I am Khalistani and I declare these things, is he fit to be a minister? I said before he wasn’t,” Sangha, who is also a Sikh, said in Punjabi. 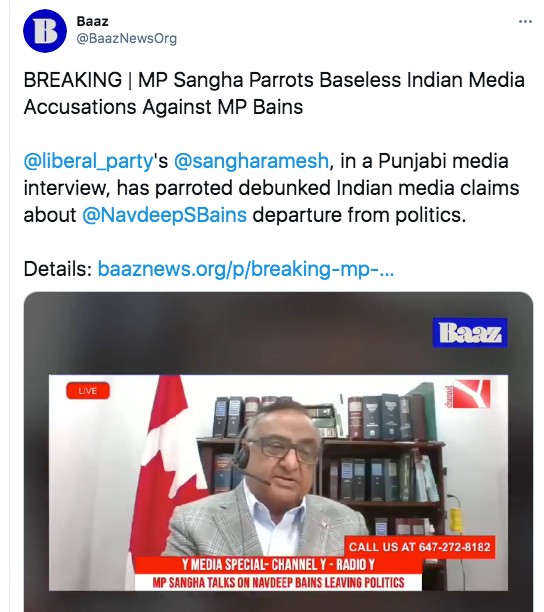 Sangha’s comments were problematic for a few reasons. He did not provide any evidence that Bains supports the Khalistan movement for an independent Sikh state. Referring to the MP as an “extremist” suggests Bains has used questionable behaviour in his advocacy, but, again, Sangha has not provided any evidence of this.

And for Sangha, a Sikh himself, to equate support for an independent Sikh state, or Khalistan nation, with extremism, suggests he is politicizing the intent of those Sikhs who have peacefully advocated for certain protections.

Many who believe in the idea of Khalistan simply seek a “pure” spirit of Khalsa, which can be practised any place where followers take full responsibility of their own freedom, according to Ripsodhak Grewal, principal of Brampton’s JK-12 Khalsa Community School, the largest private Sikh religious academy in Ontario.

Khalsa means ‘pure’ and Khalistan means ‘home of the pure’.

“Khalistan, to many observant Sikhs, is not about a physical place, however, true followers do need protection to preserve their own faith values and freedom to express their spiritual beliefs.”

Grewal says the right to religious freedom for Sikhs, which they enjoy in Canada, and have prospered from, is unfortunately being challenged in India, where their distinct faith, language and culture is an obstacle to the current Hindu nationalist BJP ruling party.

It has become common for the word “Khalistani” to be used as a way to undermine even those Sikhs who simply seek constitutional protection for their unique way of life and religious freedoms, which was promised when India’s independence was gained in 1947.

Ever since, in the face of a large Hindu majority, Sikhs have struggled to win the constitutional protections they have sought for decades.

It’s unclear if Bains has any particular views about the Sikh cause in India. He did not respond to a request for comment. 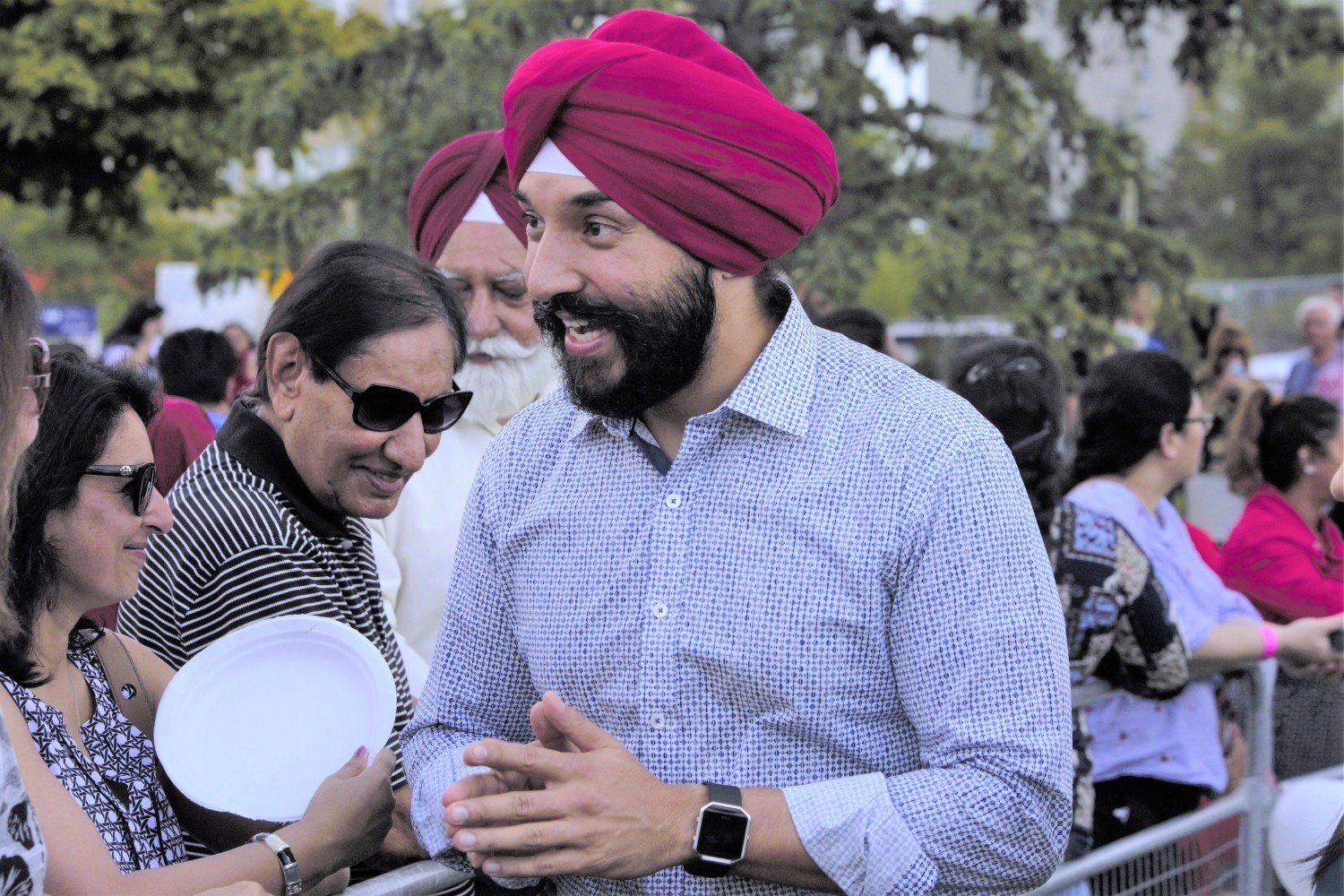 This was not the first time Sangha has made allegations about senior Liberals. In 2019, just weeks before the federal election, he accused his own party of “pandering to Sikh separatists”.

Again speaking in a Punjabi-language TV interview, with 5AAB in Mississauga, Sangha levelled unfounded allegations at his colleagues and party. “[The prime minister] said in strong words that we don’t want a divided India, we want a united India and we will work for that,” he said, according to the National Post’s reporting. “Sikh ministers, MPs of our Sikh brotherhood, these brothers of mine, they have their own … These are their own views and as long as they demand it, it is viewed that they are separatists.”

“I have observed this issue very closely,” Sangha added.

The Pointer contacted the four Sikh ministers in Prime Minister Justin Trudeau’s 2019 cabinet, including Bains, for comment, but did not receive a response. Sangha did not comment on his words from 2019 and the whip’s office would not say if he was internally disciplined for his remarks at the time, or following the 2019 election.

“It's unfortunate that Mr. Sangha repeatedly parroted Indian narratives aimed at smearing Sikhs in Canada,” Balpreet Singh Boparai of the World Sikh Organization of Canada, told The Pointer. “His allegations were baseless and shocking.”

Boparai expressed concern that Sangha might have political motives to undermine the cause of Sikhs in Canada and around the world who advocate for basic rights in India and elsewhere.

He questioned who Sangha was speaking on behalf of, stating it didn’t appear to be “his Canadian constituents”.

Indian media routinely spin false narratives around Sikh advocacy and the Khalistan movement, and the word Khalistani is now commonly used by Indian politicians and mainstream media outlets as a negative term equated with anti-government extremism.

Sangha has stated publicly that he does not believe the Liberal government should take positions on Indian domestic issues that could cause tension between the two nations.

In his 2019 interview, he said, referring to the potential consequence of taking a position on the issue of Sikh independence, “ultimately our relations, the Canada-India relationship will certainly develop cracks.”

Prime Minister Trudeau and the Liberals have repeatedly said they support a unified India, but will not curtail the rights of Sikh-Canadians who wish to advocate for Sikh religious protection in India or even a separate state.

Shortly after his comments in 2019, Sangha publicly clarified that Trudeau and the Liberals stood for a “unified India”. It’s unclear if his comments made a year-and-a-half-ago were excused because they were made during an election period.

Sangha’s social media suggests the move to remove him from the Liberal caucus Monday came as a surprise. In the days prior, he posted about several Liberal Party events and phone campaigns. “We are getting in contact with people all across our riding telling them about the great work our party is doing,” he tweeted Sunday.

A day later, six years after becoming an MP, he was without a party.