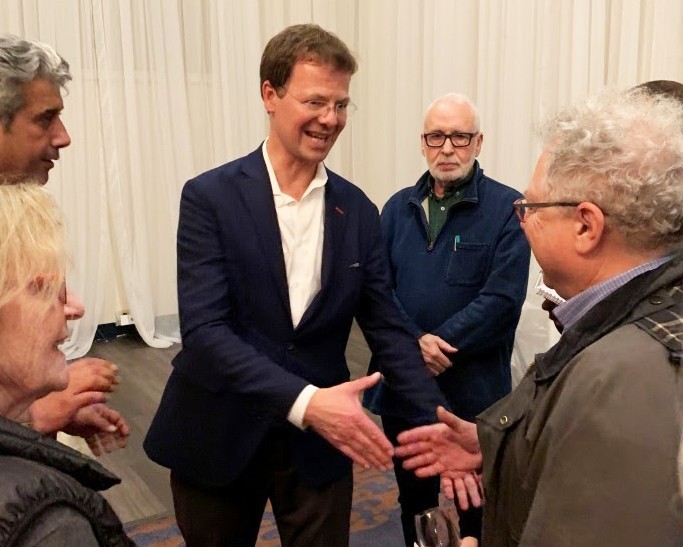 Mississauga—Lakeshore constituents will be without a voice in the House of Commons for the foreseeable future.

On Wednesday evening, Liberal Member of Parliament Sven Spengemann announced his resignation effective May 28 when he will start a new position with the United Nations, where he worked prior to entering federal politics.

In a statement posted on Twitter, the soon-to-be former MP said he will have more to say about his departure at a later date, but leaves the position “with a full heart.”

“Together, we have faced significant challenges, particularly over the last two years, and we have worked tirelessly to protect Canadians and to put in place strong foundations for a better and more peaceful tomorrow,” Spengemann said in his statement.

Spengemann was first elected in 2015 and reelected in 2019 and 2021. Throughout the three elections, support for him remained consistent at approximately 47 to 48 percent of the vote. The most recent 2021 election saw a tight race between Spengemann and Conservative candidate Michael Ras, who lost by 2,936 votes. 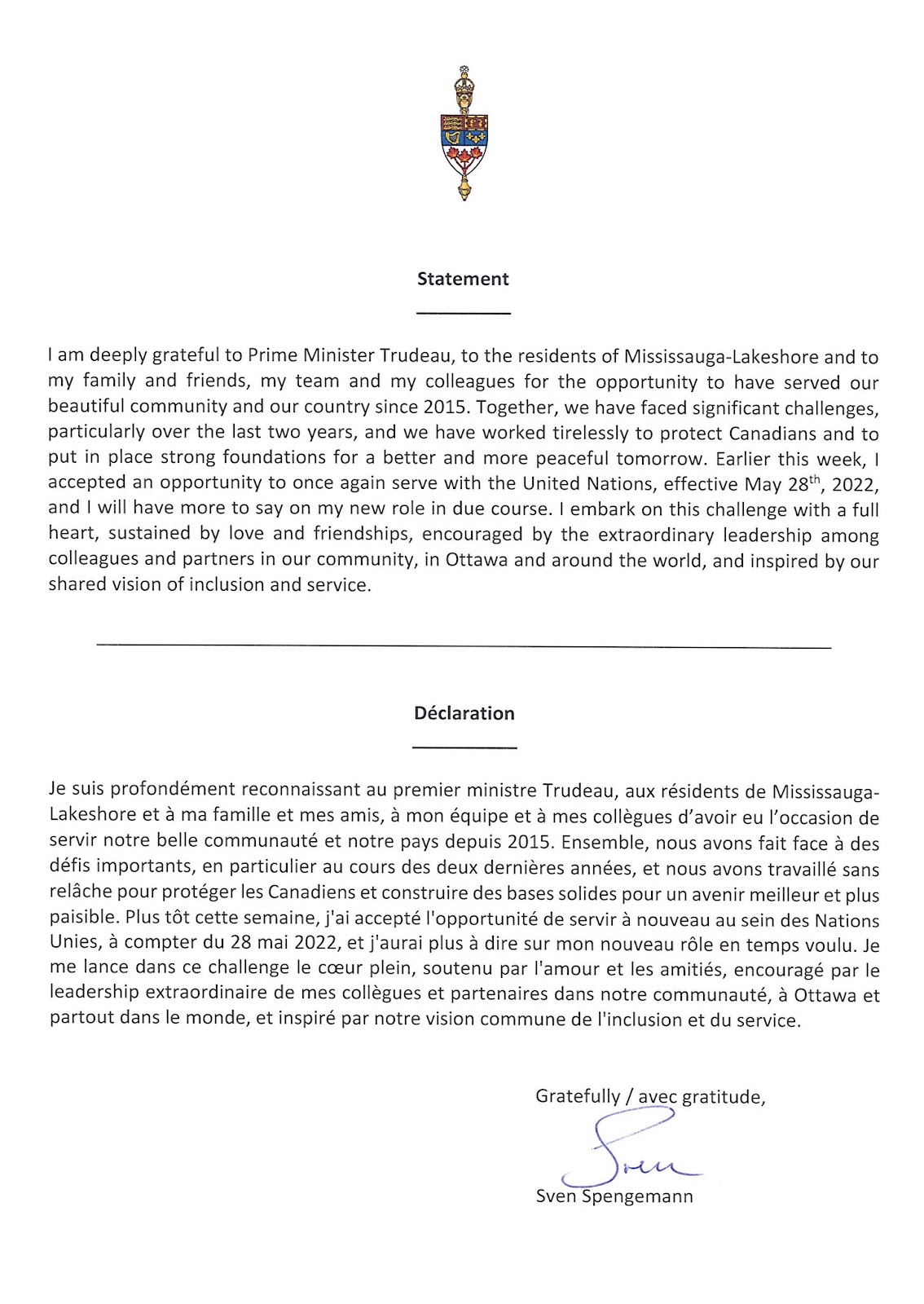 Sven Spengemann is taking a position with the United Nations. He worked for the UN before entering federal politics.

When an MP steps down from their role, the House must declare the seat vacant, automatically triggering a by-election. Unlike in municipal politics where city councils can decide to appoint someone instead of holding a public vote—depending on the amount of time left in the term—MP positions must be voted on by the public. A by-election must be held within six months following the vacancy being declared. Until then, the riding will not have direct representation in the highest level of government.

If residents have questions or concerns related to issues like immigration applications, federal financial support, border security, the justice system or national health matters (COVID-19 for example) there may be few places to turn until a new MP is voted into office.

In the past, for example last term when former Mississauga—Liberal MP Gagan Sikand stopped showing up for work without informing constituents, and The Pointer reported his absence, residents were eventually told to contact the constituency office and ask staff for help, but there was no representation by an elected official (Sikand eventually said he was on a medical leave and did not seek re-election last year).

Spengemann is the second sitting Liberal MP in Mississauga to walk away from his elected role in two years. Brampton’s Raj Grewal also stepped down from the Party and left federal politics two terms ago after gambling problems that eventually led to criminal charges for fraud and breach of trust. His trial is expected to begin this year.

Before becoming an MP, Spengemann was a senior constitutional officer with the UN, assisting on missions for Iraq and managing an office full of national and international legal and political experts. In the early 2000s, Spengemann was a senior policy analyst with the privy council in the Canadian Government and has a Doctor of Juridical Science from Harvard Law School.

Spengemann leaves his MP position with a lot of unfinished business, campaigning in 2019 on a strong platform to bring affordable housing and improved transit to the riding.

“We’ve already started the conversation [on affordable housing],” Spengemann told The Pointer after being elected in 2019. “I built a seniors council here in the riding, which is a non-partisan council of people from all walks of life who are either seniors or care for seniors.We sat them down and they formed themselves into two separate committees: one is on health care, the other is on housing… So the housing agenda will remain firmly into this administration.”

In 2021, The Pointer went through the Hansard transcripts looking at each time Spengemann spoke in the House and found he took little action in the two years following those statements. He sat on 12 parliamentary associations or inter-parliamentary groups and co-chaired the Canada-Africa Parliamentary Association. He facilitated meaningful discussions in committees, but did not live up to his promises to Mississauga—Lakeshore voters.

After standing once to mention public transit in his riding, Spengemann never uttered the words again according to legislative transcripts. Throughout the two years leading up to 2021 he never said the words “affordable housing” in the House of Commons. Instead Spengemann focused on climate action, a topic of concern to many constituents along the shores of Lake Ontario.

Mississauga—Lakeshore is home to approximately 117,444 residents. The future of the riding is at a crossroads as it attempts to balance smart growth with the looming wave of new residents that will flood in as massive waterfront developments rise up along the length of the riding.

To support the coming growth, higher order transit investments the federal government will need to make as well as funding for major projects such as the redevelopment of the Port Credit Marina district (which Spengemann failed to secure) will now be left to someone else.

It’s unclear how a busy political year will impact voter turnout in the upcoming by-election as Mississauga—Lakeshore residents will also be voting in a provincial election on June 2, some will take place in the federal Conservatibe leadership election on September 10, and then the municipal election on October 24. That means some residents will be voting four times in about six months.

According to Elections Canada there are 88,861 registered voters in the riding, and 56,259 cast their vote in the snap 2021 federal election, a turnout of 63 percent.

The early election requested by Prime Minister Justin Trudeau resulted in fewer overall votes cast than the election prior. Locally, in 2019, 60,999 residents voted.

A date for the by-election has yet to be set.