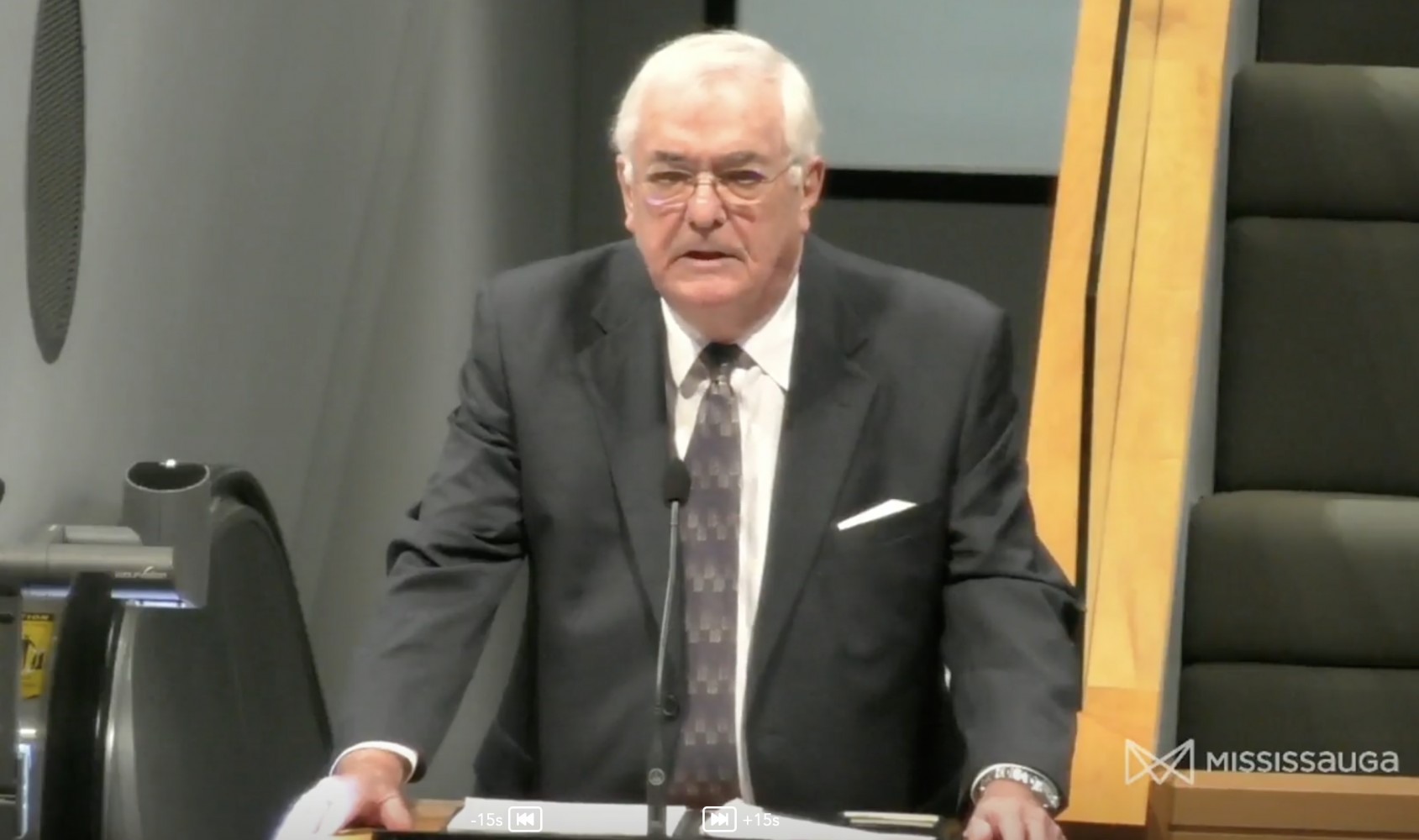 Screenshot from City of Mississauga

Her car was repeatedly keyed in the City Hall parking lot and she has alleged that Councillor Ron Starr was behind the incident.

Swayze came under fire for failing to investigate the matter when Ras filed a complaint with him last year. After the issue drew widespread attention when Ras spoke to the media early this year, council directed him to probe what happened. His update Wednesday only lasted a few minutes and he explained, despite saying in February his work would take “weeks not months”, that recent information has delayed the ongoing investigation. 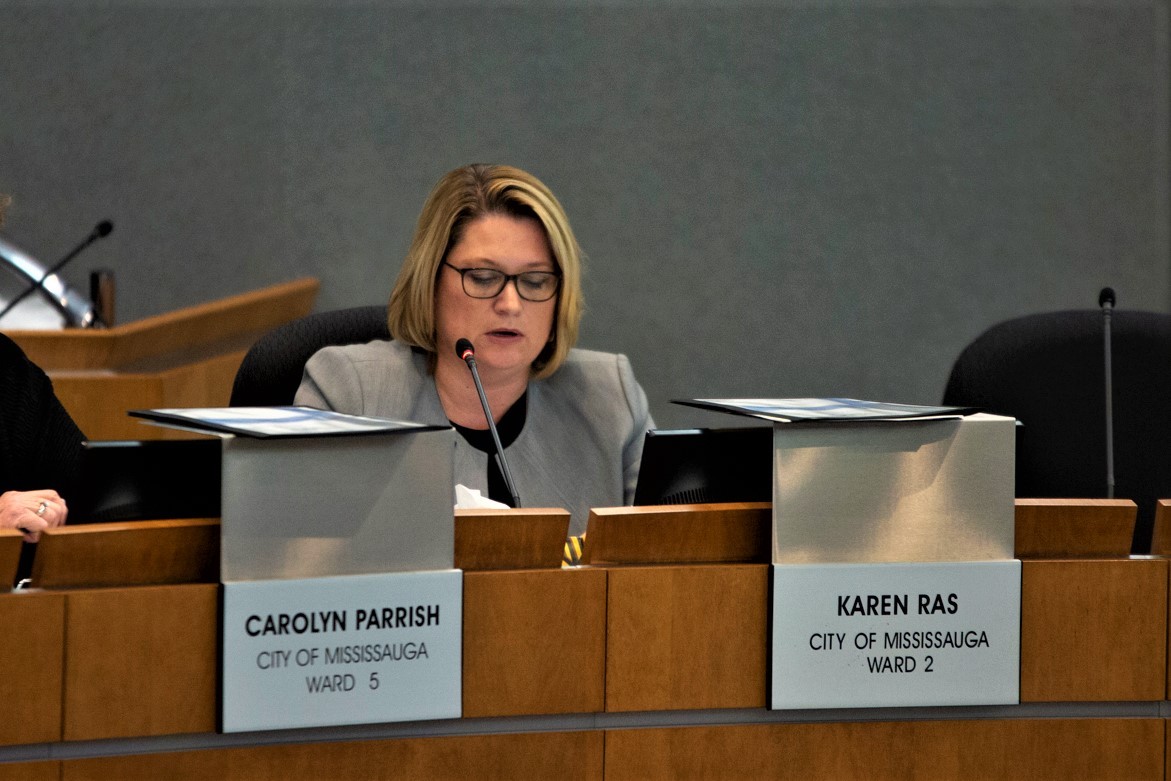 Former Mississauga councillor Karen Ras resigned early in the year citing stress and another opportunity, after her car was repeatedly vandalized in a City parking lot.

“Very recently, I received new allegations in a letter of 25 pages, including witness statements and various other allegations that I must… investigate those issues,” Swayze told councillors.

The integrity commissioner would not elaborate further on what the new allegations are or give a timeline as to when his investigation will be complete.

Swayze also told council that Starr has obtained legal counsel and his lawyers have raised procedural issues which he must look into. He deliberately kept his comments brief and cautiously answered questions from council members.

Councillor Stephen Dasko inquired about the deadline to complete the report within 90 days from when council directed him to start the investigation. February 2 Swayze launched the investigation, making the 90 day mark May 2.

“I have quite a few codes that require me to report in 90 days,” Swayze responded. “And if I can't do it, what I do is I report to council. I've given you two memos, and I'm reporting now. I have undertaken to bring my report to council as soon as possible, but I can't connect to a date at this time.”

Councillor Carolyn Parrish asked Swayze if Starr will have time to comment on his final report and how long he will be given to review it.

“Whatever is fair would be the answer. There is no set time,” Swayze said. 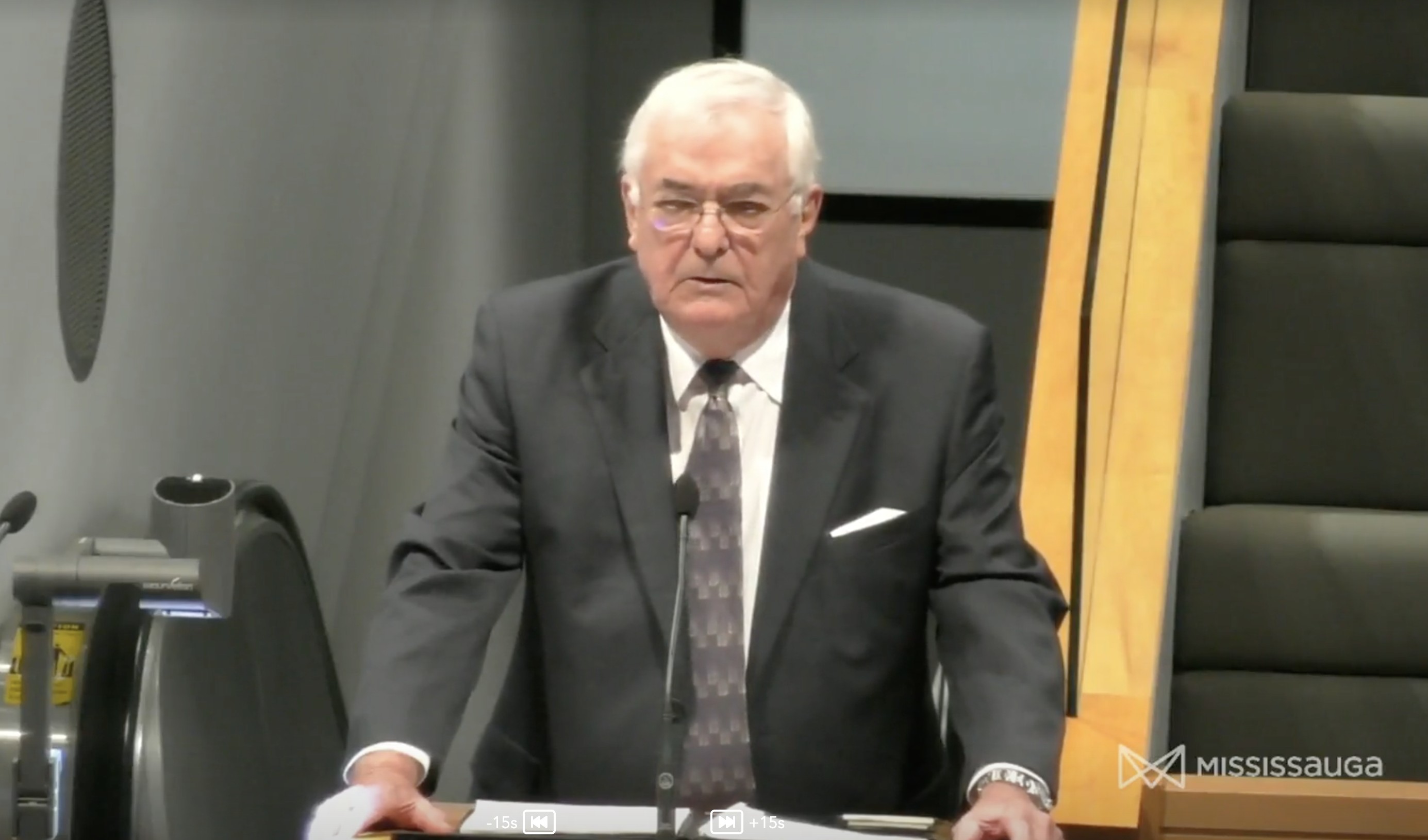 City of Mississauga Integrity Commissioner Robert Swayze tells council Wednesday that his investigation into what happened to Karen Ras has been delayed due to new information.

(Screenshot from City of Mississauga)

“I just wanted to maybe just give you a bit of a reminder that this is a significant issue for residents in Mississauga,” Dasko told Swayze. “Not giving you any pressure to speed things up, but just to let you know that people are expecting some answers here.”

Prior to February 2 the Toronto Star and CBC reported Ras stepped down from her position as Ward 2 councillor because of harassment by another councillor. Shortly after the news broke Ras identified Starr as the alleged vandal in another media report. He has not issued a denial publicly but in a press conference Mayor Bonnie Crombie said Starr has denied involvement in the alleged misconduct.

Ras said between mid 2019 and April 2021, her Kia Sportage was vandalized eight times in the City Hall parking lot.

On April 13, 2021 a newly installed security camera recorded a man using keys to gouge two scratches across the vehicle, she alleged. It is unclear if Starr is identified in the video.

Ras went to Swayze to investigate in September, but he declined to look into the allegations as it was a criminal matter that should be handled by police. On February 9, Swayze came forward in front of council to explain why he did not launch an investigation.

Ras turned to Peel Regional Police last year to conduct an investigation, but it was dropped without any charges laid.

During a press conference in January Mayor Crombie expressed regret for not showing better leadership. "I'm a woman in politics and I've been on the receiving end of harassment myself. And as the leader of council, I should have done everything in my power to protect my friend and colleague."

Swayze, a veteran municipal integrity commissioner, clearly misread the legislation that gives him his authority and provides direction.

According to Section 223.8 of the Municipal Act, a commissioner is to suspend an investigation if criminality might be involved, but states that once police have disposed of the matter, the commissioner can resume the original probe triggered by a complaint to the municipal watchdog.

The Act does not prohibit the commissioner from resuming the investigation once police are done, even if charges were laid. The City’s Code lays out the steps for what a commissioner is supposed to do in an investigation.

This prompted Council to amend certain portions of its Code of Conduct to clarify the integrity commissioner must continue an investigation after a police involvement ends even if charges were laid, to verify if the subject of the complaint violated the Code of Conduct council members are obligated to follow.

On January 28, Ras wrote a letter explaining she needed to step away from politics.

“When there are workplace issues, as councillors, we do not have the avenues necessary to have them dealt with appropriately,” she wrote. “I sincerely hope that efforts to strengthen Municipal Codes of Conduct are accelerated. These changes are long overdue.”

In a previous interview with Ras about her resignation The Pointer asked her to clarify the details she believed needed amending. Ras did not comment further.

The day Starr was named as an alleged vandal in the media, council asked if he would take a leave of absence. Council can not force Starr to resign or leave. Further questions were raised when Starr reportedly chaired Peel Region’s Waste Management Strategic Advisory Committee less than 24 hours later.

After members of council expressed frustration with Starr for not following their wishes, he was not seen until April 6 when he started showing up virtually in meetings. He has been seen in council and committee meetings since but has rarely commented.

Wednesday at council, when Swayze gave his update, Starr declared a conflict of interest and did not participate in that portion of the meeting.