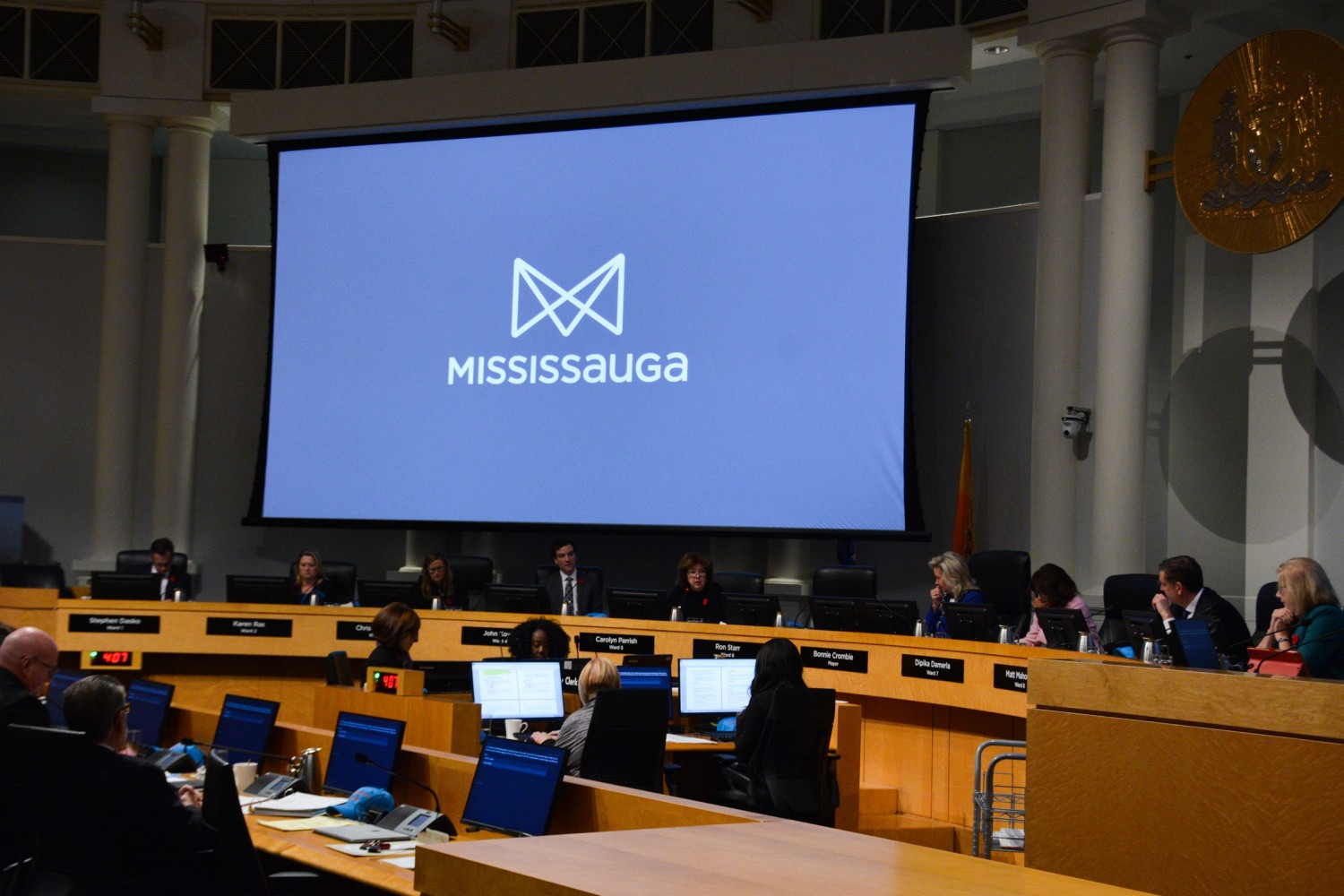 Mississauga City Council has changed its code of conduct to be more prescriptive when it comes to issues that may involve criminality, and when an integrity commissioner should, or should not be investigating. The changes follow a tumultuous week at City Hall following allegations of harassment and vandalism by another councillor raised by former councillor Karen Ras who resigned last month, due to stress and workplace issues.

In her resignation letter, Ras hinted at how the city’s code of conduct needed to be strengthened to eliminate workplace issues she faced during her time as a councillor. Last week, Ras told reporters how her Kia Sportage was vandalized eight times in the City Hall parking lot between 2019 and 2021. According to media reports, a video on the morning of April 13, 2021 shows a man digging two long scratches into Ras’s car. TorStar reported Ras identified Councillor Ron Starr as the alleged vandal.

Peel Regional Police (PRP) were brought in to investigate but laid no charges. Ras followed up with Mississauga Integrity Commissioner Robert Swayze in late September, after the police had concluded their investigation without laying charges. Swayze declined to investigate. Ras told the media Swayze said protocols in the Municipal Act prevent him from investigating once police are involved in a matter.

At Wednesday’s Special Council meeting, members of the public and councillors heard a deputation from Swayze on his interpretation of the City’s code of conduct and the Municipal Act, and why he declined to investigate Ras’s complaint.

The Act establishes rules for municipal integrity commissioners, including how they should conduct an investigation and what they are allowed to investigate.

According to Section 223.8, a commissioner is to suspend an investigation if criminality might be involved.

The Act does not prohibit the commissioner from resuming the investigation once police are done, even if charges were laid.

In the Mississauga Council Code of Conduct, the process is laid out for what the commissioner is supposed to do in the course of an investigation. Section 2(2) details the procedure and what Swayze must do when he receives a formal complaint and who he has to notify. It does not describe a procedure the commissioner has to follow after the police has concluded its investigation.

In a very brief deputation, Swayze apologized to members, saying “I am sorry I have put council in this position.” He received a legal opinion from Aird & Berlis LLP on how to amend Council’s Code of Conduct to avoid any future issues in similar situations.

“But I think I have a solution,” he said. “The opinion is based on the current wording of the Code, although the opinion recommends that the Code be amended. I've given the clerk my suggested amendment.”

Swayze did not offer any further explanation, but suggested in his comments to Council the reason he didn’t investigate was because the Code and Act do not state he had to. Although the Municipal Act clearly states that an integrity commissioner is to “suspend” their investigation, not cancel or end it, once police become involved. There is no wording in the Act that states the investigation cannot resume once the police have finished their own. Their is a common understanding that a integrity commissioner investigation will resume following a police probe, as it has to be determined whether or not the subject municipal code of conduct has been violated.

It's unclear why Swayze, a verteran in the field, would have thought he did not have to find out if the code had been broken, as the police work would have nothing to do with the City's Code.

This is a key distinction as the police and a municipal integrity commissioner are responsible for investigating separate things. Police are responsible for enforcing the Criminal Code, while the integrity commissioner is tasked with ensuring the Mississauga Council Code of Conduct is followed. Under Swayze’s interpretation of the Act, if police become involved, any investigation into violations of the Council Code of Conduct is no longer necessary.

On February 2, Mississauga Council passed a resolution for Swayze to conduct an investigation into the matter. In the same motion, Council requested Starr take a leave of absence until the investigation is completed, which he has agreed to. Swayze said his investigation is well underway.

“It will be a matter of weeks and not months, when I file a report with Council,” he said.

Councillor Pat Saito, who is also the Chair of the Governance Committee, introduced a motion to amend the code of conduct to further clarify the process of investigations. Mayor Crombie asked the commissioner if he had any further recommendations to add to the motion. 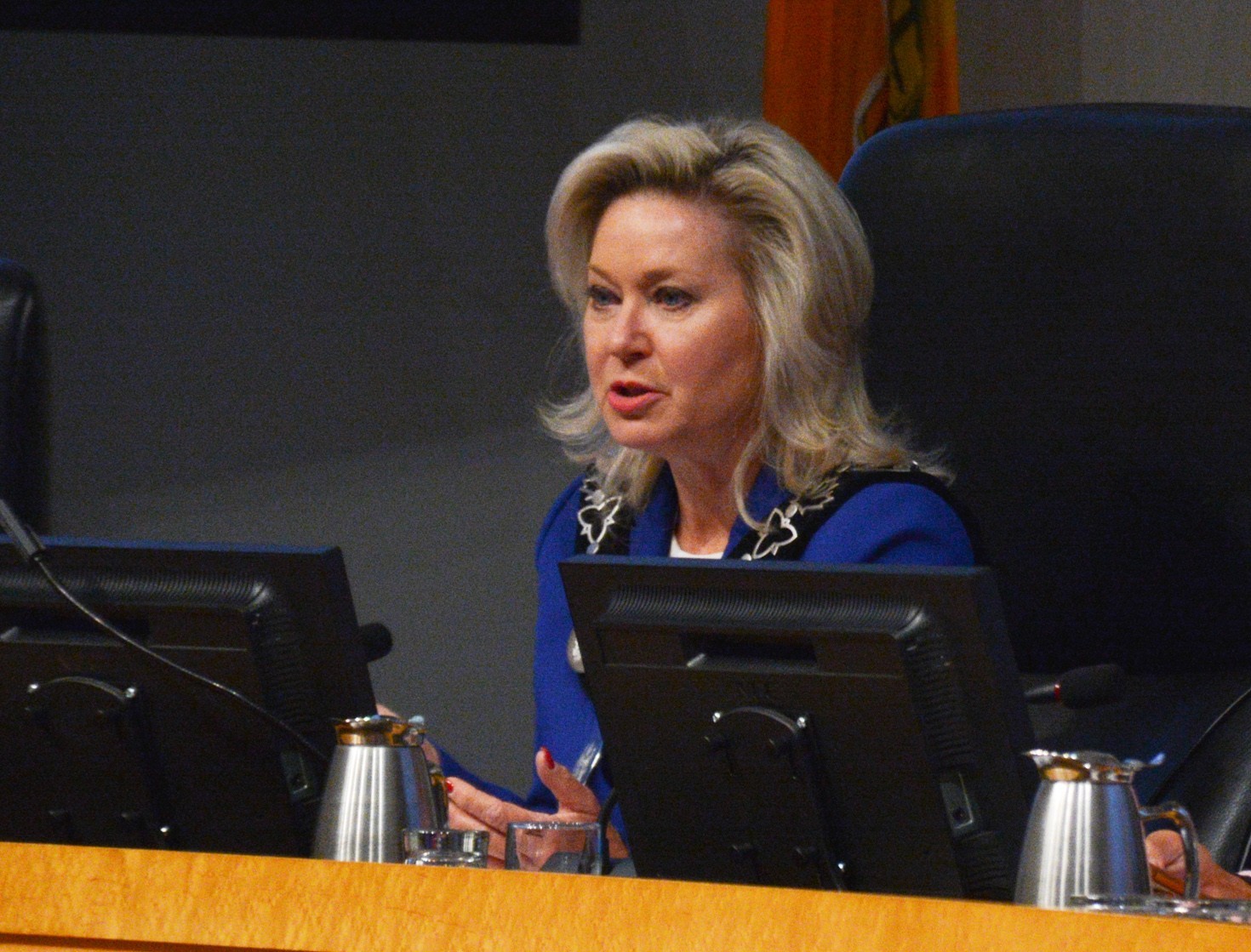 “I certainly will take this investigation very seriously,” Swayze told Council. “I'm not at liberty to speak in public now as to my recommendations, but you will have them shortly.”

During the meeting Swayze was able to read the amendment, and agreed the motion brought forward by Councillor Saito would be sufficient to amend the Code.

Under Section 2(2) of the Code of Conduct, the motion requests a paragraph be added that states:

“If the complaint is in relation to a matter which is subject to an outstanding complaint, investigation or charge under other legislation, including matters falling under the Criminal Code of Canada or the Ontario Human Rights Code, the Integrity Commissioner may, with notice to Council and in accordance with s.223.8 of the Municipal Act, 2001, suspend any investigation under this Code of Conduct until the disposition of the other process, after which they shall resume their inquiry and report to Council.”

The motion forces the commissioner to follow up the police investigation with their own.

Swayze said he was “content” with the amendments and it passed unanimously.

Saito’s motion also changed Part B of the City’s Code, with new requirements for the commissioner to report to Council “quarterly” not “annually” with any complaints deemed not within their jurisdiction.

The same meeting, Council heard a delegation from Deborah Goss who brought up a joint letter submitted by the Applewood Association, Lakeview Ratepayers, Credit  Reserve Association and the Town of Port Credit, in regards to the allegations.

The letter details concerns residents have around the culture within Mississauga Council. The confusion around why Swayze did not investigate deepened their beliefs of the toxic workplace environment in City Hall.

“We trust that each councillor is elected to represent and speak on behalf of the residents of their ward,” the letter reads. “However, knowing they may be bullied or harassed into making decisions that are not in the best interests of their constituents, brings with it a measure of unease.”

“We take this matter very seriously,” Mayor Crombie said. “Particularly the matter of respectful workplace, bullying, harassment. No councillor should feel that way.”

The Mayor assured Goss and the public, the integrity commissioner’s final report will be available and discussed openly and transparently during a council meeting.

“I just wanted to say from my perspective, I do not see a toxic working environment here,” Councillor Matthew Mahoney said. “I think we're pretty professional, and again, not an easy job, we certainly do have disagreements at times, but in my opinion, it's always been respectful.”

No further timeline on when Swayze’s investigation will be complete and when his report will come to Council was made available.