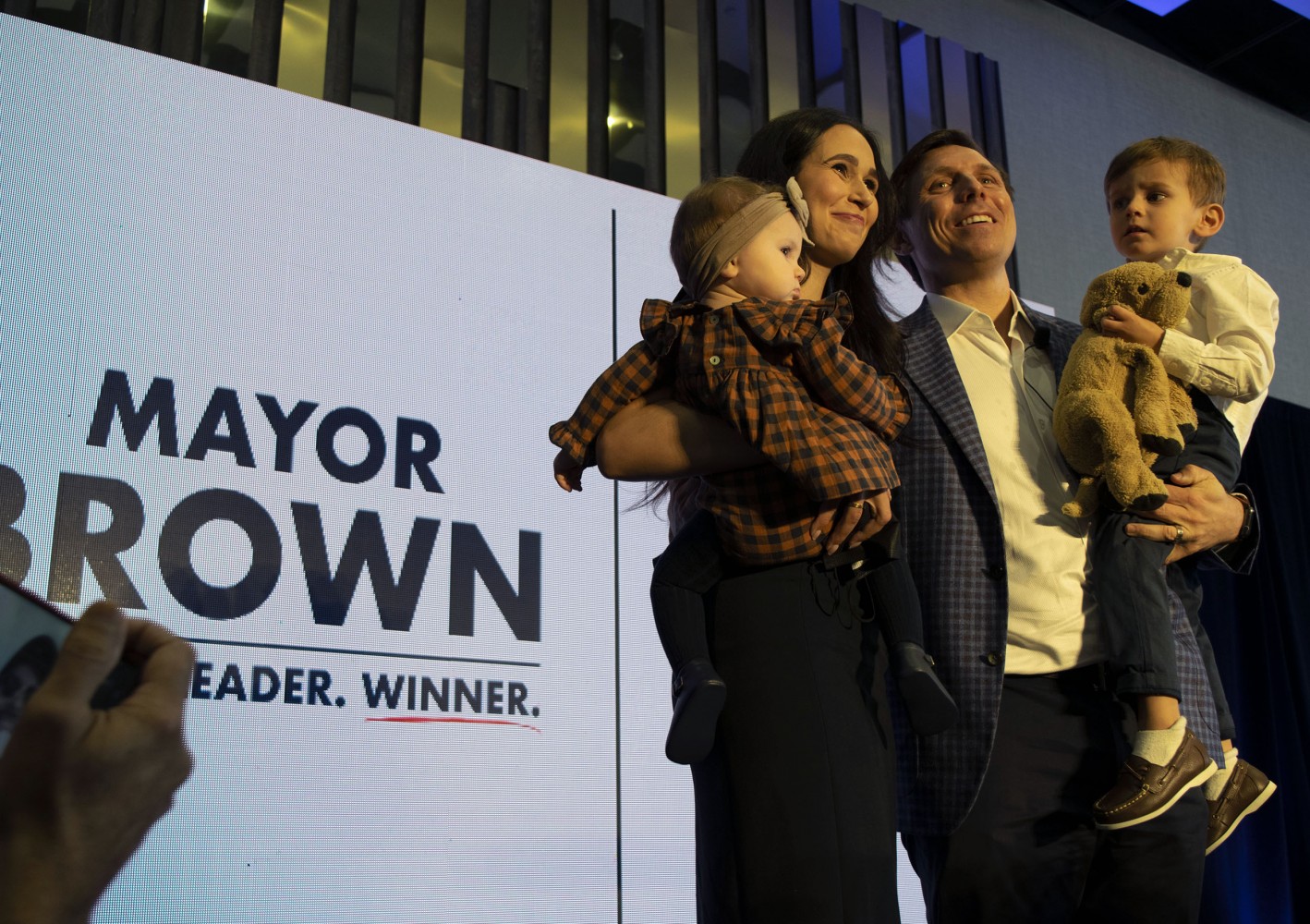 Patrick Brown’s sights are set on higher office, what does that mean for leadership in Brampton?

Correction: An earlier version of this story stated the deadline for candidates to file nomination papers was May 2, the actual deadline is August 19. The Pointer regrets the error.

Confirming weeks of speculation, Brampton Mayor Patrick Brown has put his name forward to become the next leader of the Conservative Party of Canada (CPC).

Brown made the announcement in a Brampton convention centre Sunday, marketing himself as a “fighter, leader” and “winner” who will be able to break down barriers that have divided the conservative establishment for years, preventing them from forming government.

With his leadership aspirations clearly elsewhere, it creates many questions about the running of the City he is currently elected to lead, at least until October’s municipal election. 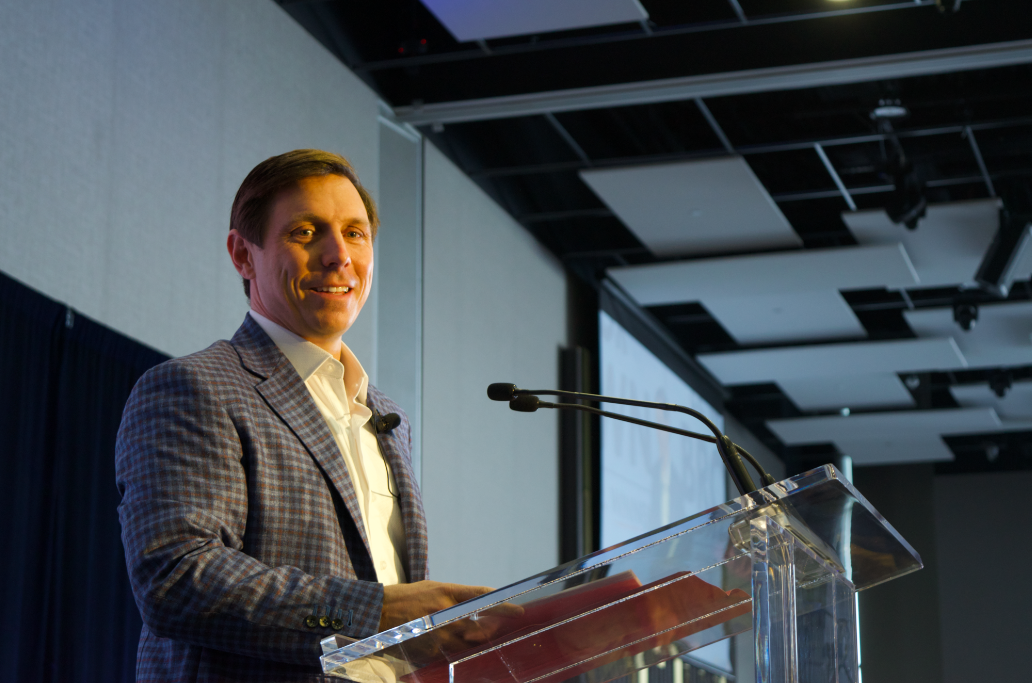 During his Sunday launch event, Brown made no mention of taking a leave of absence from his mayoral duties throughout his leadership campaign—the new CPC leader is expected to be chosen on September 10. According to the Municipal Act, Brown would need approval from his fellow councillors to take such a leave, but no request has been made according to Councillor Martin Medeiros.

“Mayor Brown is probably going to be expected to travel throughout the country, but because there's still the virtual capabilities of calling into meetings or going virtually, he might still be able to do that,” Mederios said.

The Municipal Act dictates that if a sitting member of council misses meetings for three consecutive months—without authorization from council—the seat must be declared vacant.

Councillors Pat Fortini and Medeiros were appointed as the two deputy mayors of Brampton on March 2 and could chair meetings and take on other mayoral responsibilities if Brown is unavailable.

Medeiros says he does not expect much change in how council or City Hall will operate in the coming months.

“I don't expect much to change from work volume from the City's perspective,” he said. “But for myself and Councillor Fortini, I do expect a little bit more obligations in terms of supporting and representing the City.”

“I don't see it (Brampton) as a consolation prize—in my mind, it should always be the main prize,” he added.

Mayor Brown’s announcement comes at a particularly tumultuous time inside Brampton City Hall, and follows almost four years of his mayoralty that has been plagued by numerous scandals, including violating municipal rules by having City staff campaign for Peter MacKay, orchestrating the hiring of ex-CAO David Barrick who then went on to hand expensive contracts to his and Brown’s contacts, and most recently, the abandonment of a failed university scheme that paid hundreds of thousands of dollars to consultants linked to himself and Councillor Rowena Santos.

It remains unclear whether Brown will seek reelection as Brampton mayor should he fail in his bid for the CPC leadership. While the vote to replace Erin O’Toole as CPC leader is not until September, there is nothing stopping Brown from filing nomination papers to run in the October municipal election—the deadline for filing is August 19. If he is chosen to lead the CPC Party, it would disqualify him from the municipal election, but if he is unsuccessful on September 10, it would still leave him with over a month to campaign ahead of the October 24 municipal election.

The Pointer reached out to Brown for answers about his mayoral responsibilities over the coming months, and whether he has any intention of seeking reelection come the fall if he is not chosen to lead the CPC Party. He did not respond. 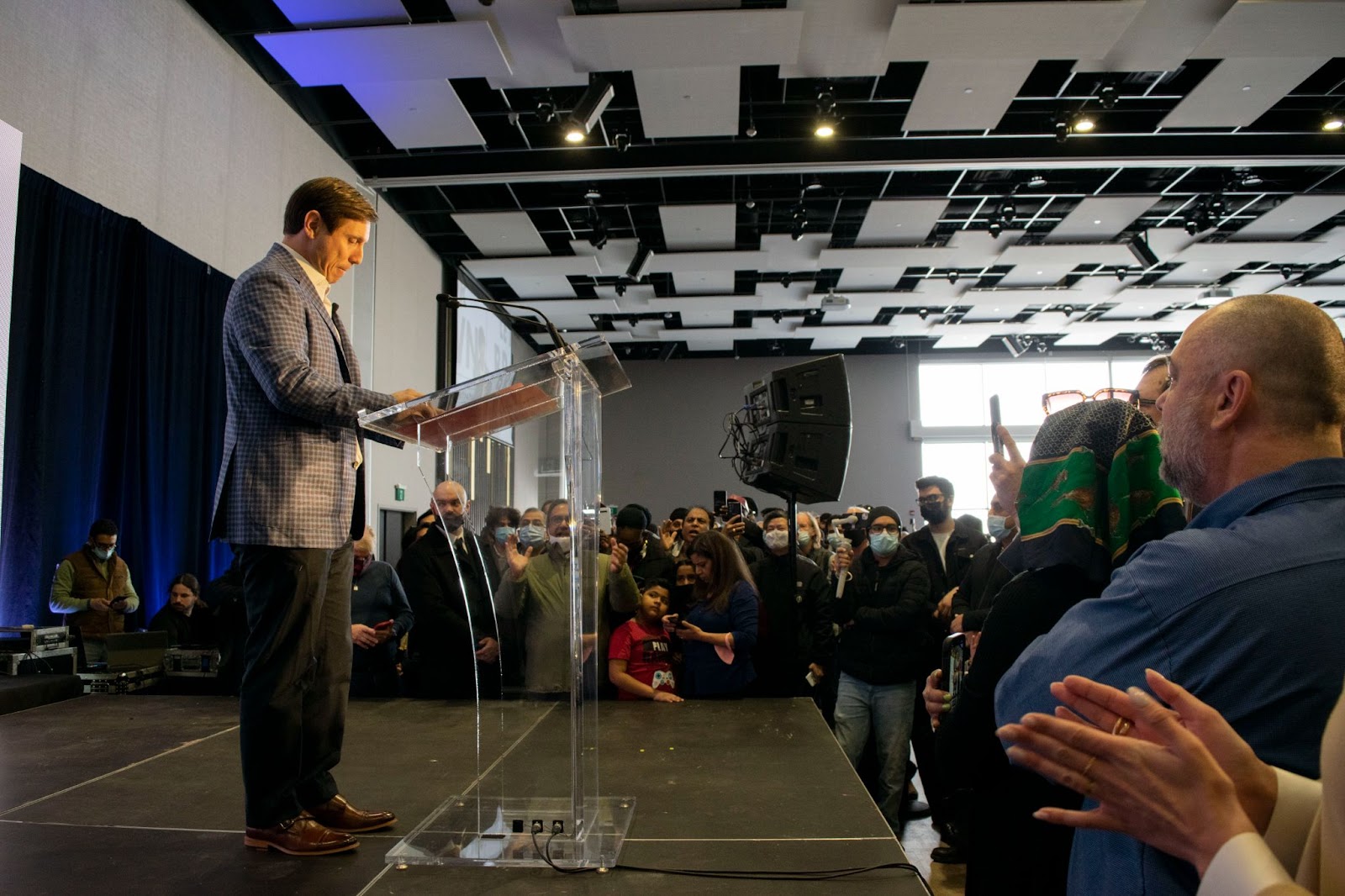 At Patrick Brown’s CPC leadership announcement event there was no social distancing and many supporters did not wear masks.

Brown will continue to earn a salary from Brampton and Region of Peel taxpayers during his leadership bid. Brown earned $149,157 in remuneration from the City of Brampton in 2020, along with $17,184 in benefits.

He told supporters on Sunday that he would be donating his mayor’s salary earned during the campaign to the Osler Foundation, Khalsa Aid and Humanity First.

Brown also earns a salary from the Region of Peel as a member of regional council. In 2020 he received $70,389 in remuneration, including $57,735 in salary and $12,653 in benefits. It remains unclear whether Brown intends to donate this portion of his salary. He did not distinguish between the two during his speech on Sunday.

His intentions to seek higher elected office immediately triggers the City of Brampton’s Use of Corporate Resources Policy. This means that Brown is not allowed to use City resources to fund or benefit any portion of his campaign. This includes using City vehicles, printing resources or any other tools offered by the City of Brampton that he would have access to as mayor.

“The Use of Corporate Resources Policy applies to all members of council (including those not seeking re-election), members of local boards, candidates, registered third parties in a municipal and school board trustee election or by-election, and all staff, including staff in the offices of the mayor and members of council, during a campaign period,” a City spokesperson told The Pointer in an email.

City Hall has not exclusively tasked anyone to ensure Brown is acting in compliance with this policy and will be working on a complaint basis.

Brown is no stranger to higher levels of government, first serving three terms as a Member of Parliament for Barrie, then MPP for the riding of Simcoe North. He was the leader of the Ontario Progressive Conservatives before allegations of sexual misconduct surfaced in a CTV News story in 2018 which led to him stepping down.  Brown sued the CTV for defamation in a suit that was settled earlier this month. The CTV admitted “regret” for details in the story that were “factually incorrect.” However, the core allegations remain in the CTV News reports that are publicly available on the media outlet’s website and no further details about the inaccuracies have been shared.

Following his resignation as PC leader, Brown announced he would be seeking the position again, before dropping out of the race a week later. He then set his sights on the chair for the Region of Peel. But when newly elected Premier Doug Ford cancelled the vote for this position—leaving it to be decided by council—Brown then opted to run for mayor of Brampton, where he was successfully elected in October 2018.