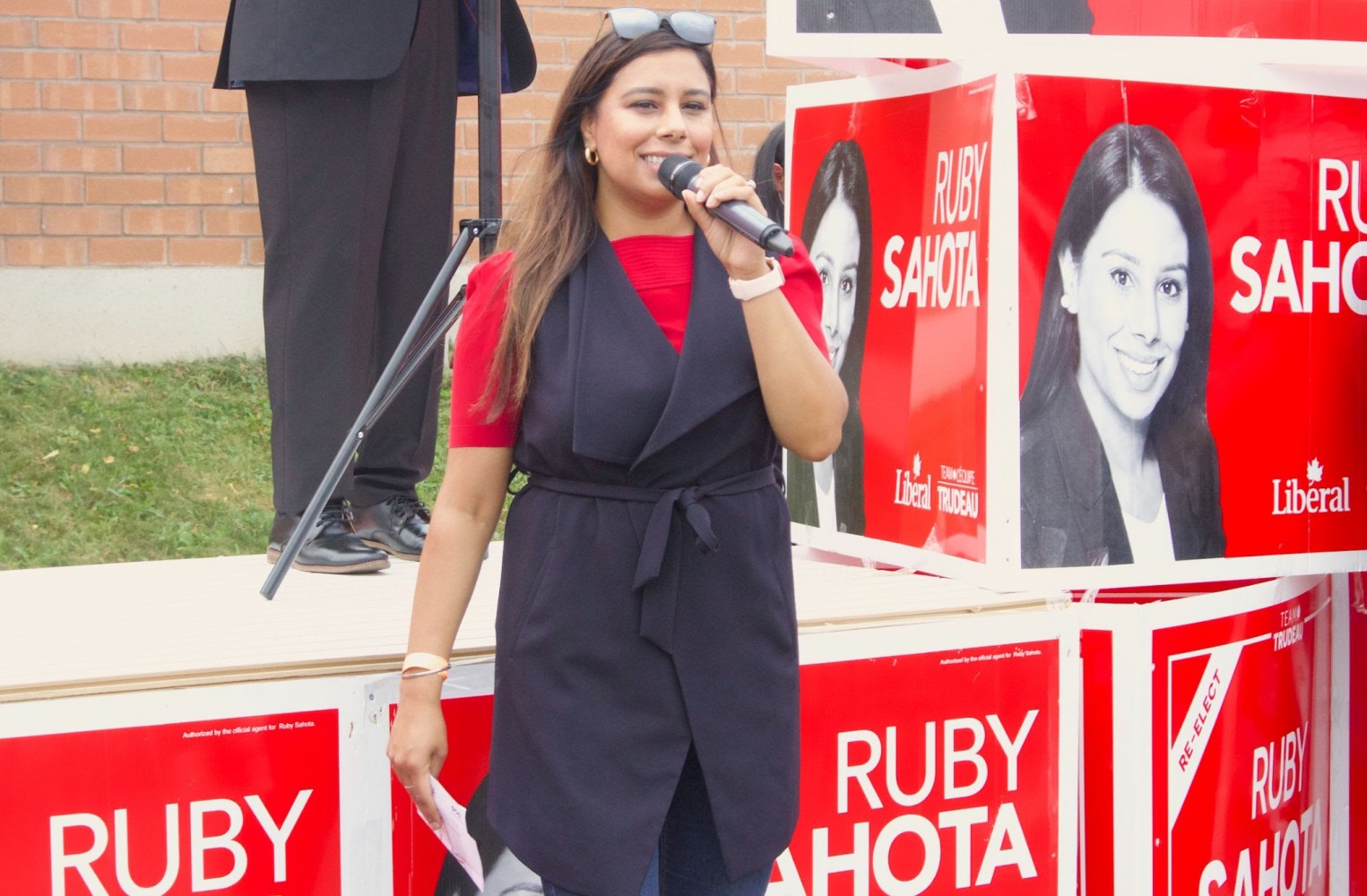 Ruby Sahota made big local promises in 2015; her second term was all about national issues

Ruby Sahota was elected for the second time in 2019 to represent Brampton North, an area she’s intimately familiar with, after growing up in the city.

During her first term, Sahota was a fierce advocate for her riding. She spoke passionately about affordable housing, a lack of funding for infrastructure and the need for more mental-health funding. Despite her advocacy, Brampton continued to suffer from underfunding which tragically caught up with Canada’s ninth largest city during the pandemic, when a severe lack of frontline healthcare and supports for the large essential workforce made Brampton one of the country’s worst hit hot spots.

Thanks in part to Sahota’s tenacity, Brampton eventually received some of the funding from Ottawa it deserved, but after a broadened role with the Liberals Sahota’s local advocacy dropped off during publicly recorded sessions on Parliament Hill. Her performance in the 43rd Parliament did not match what she did during the 42nd Parliament as a rookie MP.

According to Hansard records of Sahota’s time in the House of Commons, she did not advocate on the issues she once did. While she spoke passionately about the many investments Brampton received, it’s not clear what her role was in bringing those investments to Brampton in the past two years, for things such as affordable housing, infrastructure and local flood mitigation.

It’s possible her role on committees and her elevation to the demanding position of chair of the Standing Committee on Procedure and House Affairs shifted priorities and ate up substantial time for the second-term member. 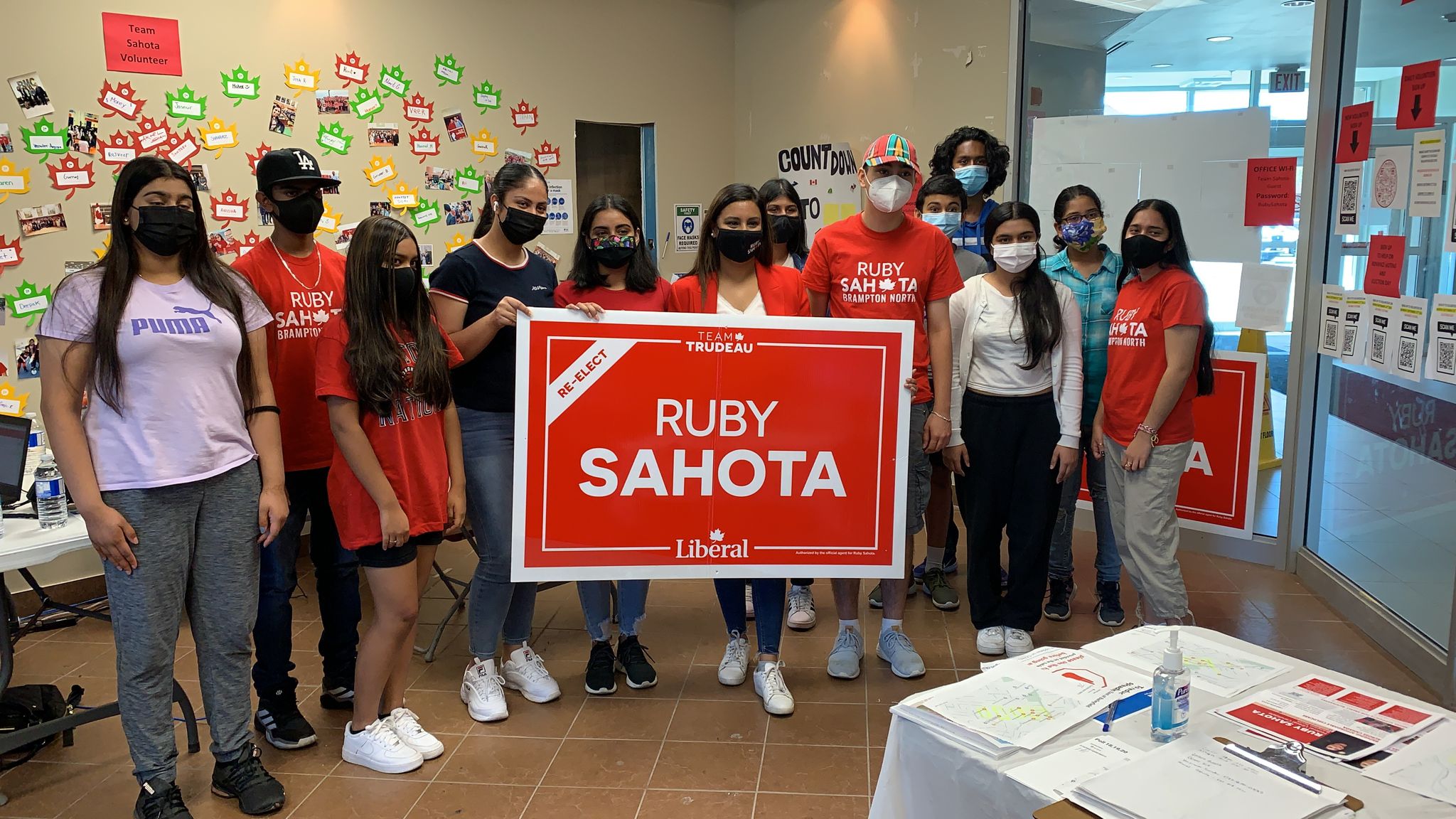 Ruby Sahota with a group of volunteers.

Such responsibilities, especially chairing a standing committee, can eat up large amounts of time, to deal with all the procedural matters and the setting of important agendas to carry out the government’s vision for the whole country.

It seemed to show in Sahota’s public shift on Parliament Hill away from local issues, toward many broad topics that she spoke to on behalf of all Canadians.

The ongoing pandemic, which disproportionately impacted Brampton, was one topic that she did put a local focus on. At a June 2021 house debate, she told her colleagues residents in Brampton North were suffering and asked the health minister to explain what the government was doing to ensure a safe summer for communities such as Brampton. She also took a moment to commemorate the lives of drivers who worked with limo and taxi services at Pearson Airport who passed away from COVID. “These men were at the front lines of the pandemic, having to deal with a virus we knew very little about when it made its way into our nation.”

But like in many cases, Sahota didn’t use her position to advocate for specific measures to benefit her residents.

“I've been the most accessible MP, I would say, and hopefully my constituents say, as well I'm going to continue to keep that up,” she told The Pointer at her campaign launch in late August.

Sahota was also part of the short-lived, but impactful special committee on the COVID-19 pandemic. It met 25 times between April 28, 2020 and June 18, 2020, but Sahota only spoke once. The list of interventions shows Sahota was not present for all meetings.

In the one pandemic meeting she spoke at, Bardish Chagger, Minister of Diversity and Inclusion and Youth, was present to answer questions and Sahota touched on what the government was doing to address anti-Black racism in Canada.

It’s an important topic for many Brampton residents. Anti-Black racism has plagued the Peel District School Board and Peel police for years, and during the pandemic many community advocates have feared negative health outcomes for Black residents in Peel who have been historically mistreated by many public institutions. Concerns that healthcare outcomes might reflect this treatment have been raised. 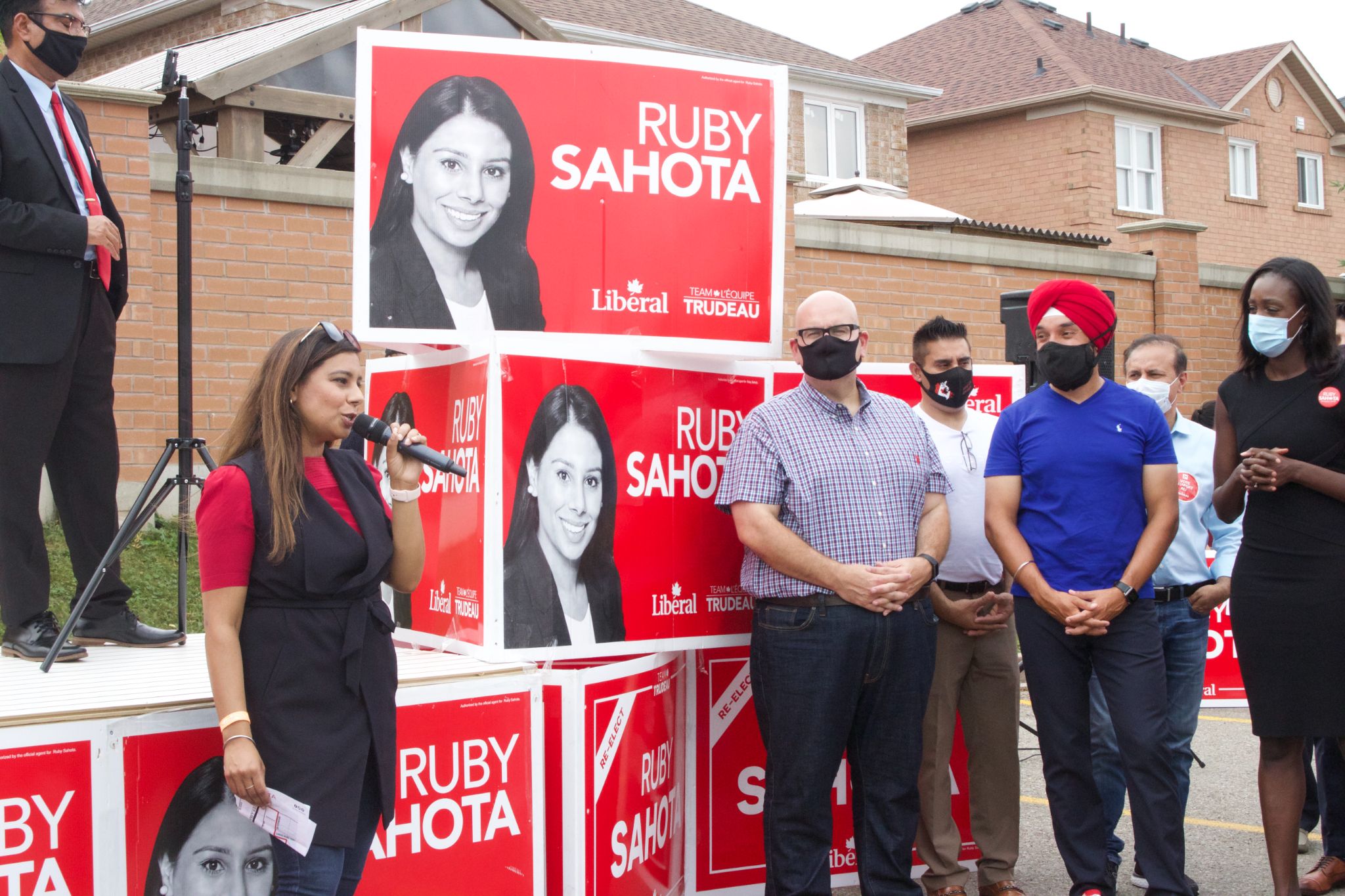 In early June 2020, while the pandemic committee was still operating, Brampton was identified as one of Ontario’s COVID-19 hotspots, but was somehow allowed to move toward less restrictive measures without showing a significant decline in cases, however, Sahota did not raise any concerns about this.

She also failed to highlight another unfolding crisis in Brampton: domestic violence. Her first speech in the House of Commons during the last term mentioned this mounting issue.

“No one should fear for their lives at home. We need our community and all levels of government to keep working together to prevent these horrific crimes before they occur. We must keep building on the work we started in 2015. We must do more,” she said on December 6, 2019.

Despite her early advocacy and the deepening problem in her city, Sahota said very little after her first speech on the issue.

What Sahota did clearly display was loyalty to her party. She defended it against criticism that the Liberals didn’t do enough in late 2020 and early 2021 to secure enough vaccine supplies from abroad. “When it comes to support throughout COVID, we have by far compared to any other country in the world, really provided for our citizens and our businesses,” she told The Pointer.

On one occasion she was asked why the Liberals did not do a better job of using the federal wage subsidy program to help the many businesses that were not able to secure such funding. Instead of answering the question, Sahota focused on what she said her government was doing to provide various supports, failing to mention many businesses in Brampton that were not able to qualify for certain federal assistance programs early in the pandemic due to unreasonable requirements.

Sahota highlighted Liberal funding for affordable housing, and has acknowledged how desperate the local situation is. Peel’s affordable housing crisis grew exponentially worse during the pandemic. Toward the end of 2019, there were 14,997 households on the centralized housing waitlist. By the end of 2020, the number jumped 50 percent, with 22,445 households on Peel’s list.

The Pointer asked Sahota at her campaign launch if she would support a housing strategy specific to Peel. She answered that a national strategy already exists and did not commit to advocating to create something separate for the region. There is no national housing program and the Liberals have only proposed a piecemeal approach with a number of commitments to create 1.4 million affordable housing units over four years, with few details about how this would be achieved. There is no guaranteed, dedicated and consistent source of funding to municipalities who are responsible for providing affordable housing.

“We are the party that has made the biggest investment in Peel’s housing,” she told The Pointer, referring to a $276.4 million investment over eight years for affordable units, a fraction of what the region needs. “When it comes to affordable housing, we're, of course, going to continue to deliver on that path.”

The public record does not indicate that Sahota advocated or contributed in Parliament to create an actual national housing strategy with dedicated funding for regions such as Peel, where the crisis continues.