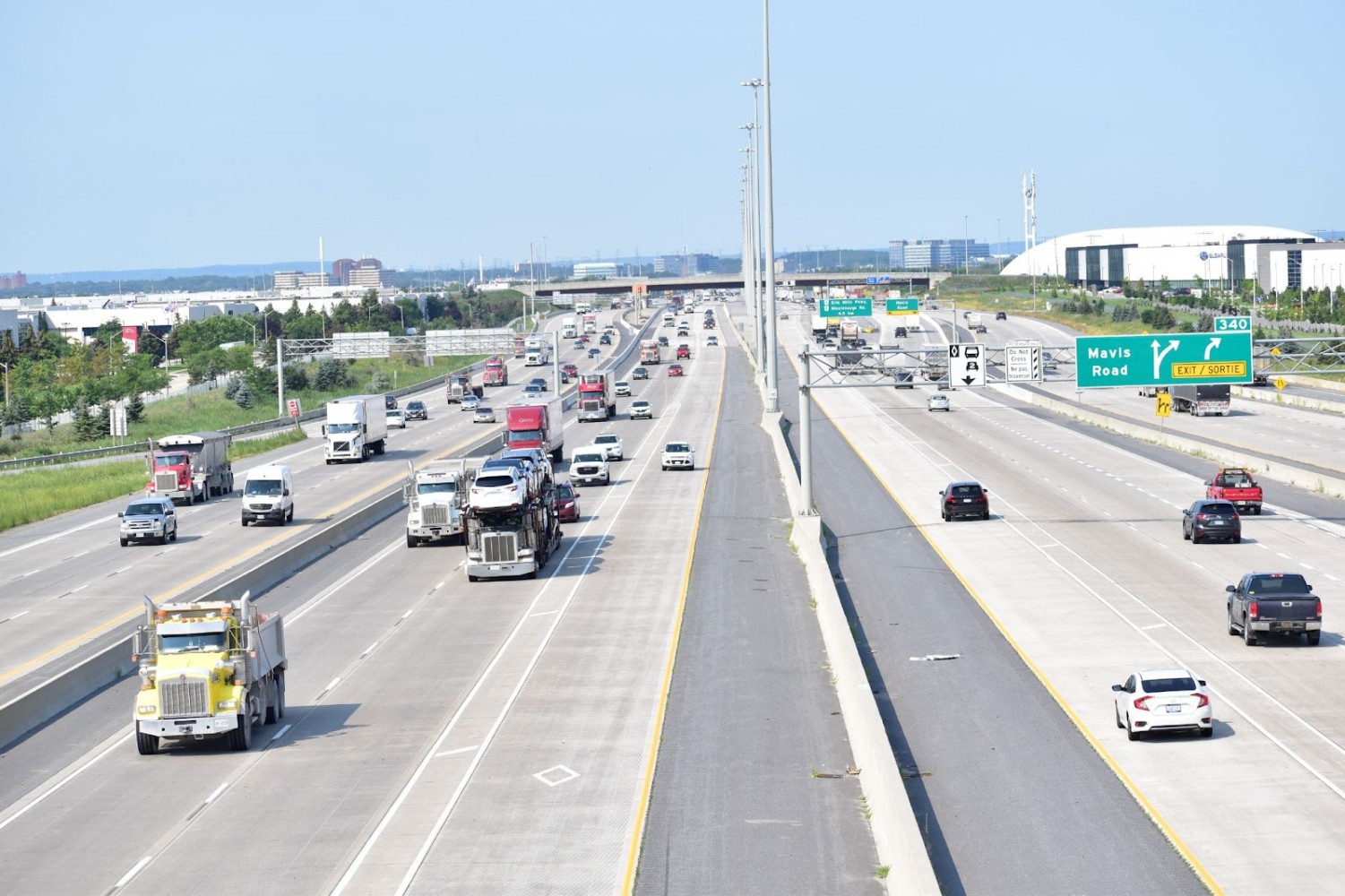 The drive from Snelgrove in the northernmost reaches of Brampton to Toronto illustrates how imprisoned GTA drivers are by the transportation system haphazardly pieced together over the past six decades.

If you time it right, the distance is quickly gobbled up along kilometres of open road stretching before you.

It’s reversed if your trip coincides with the morning commute. On the 410 and the 401 Highway, North America’s busiest commuter road, cars sit bumper-to-bumper, creeping forward only between long stretches of idling, when the most dangerous emissions rates pollute our desperate atmosphere.

"We have been falling behind for decades in transportation planning and investment,” former Metrolinx chair Rob MacIssac admitted in 2008. “But 'The Big Move' is our recommendation for turning that around," he added, outlining the transportation agency’s ambitious initiative under the Dalton McGuinty-led Liberals.

The $50-billion plan would unfold rapidly over two decades and shift Southern Ontario from its reputation as a booming global region handicapped by a backward transportation network, to a modern metropolitan area with high-speed rail, LRTs criss-crossing population centres and a fully integrated public transit system.

It was desperately needed.

According to the provincial government, congestion in the Greater Toronto and Hamilton Area (GTHA) costs Ontario $11 billion in productivity per year. The total number of hours lost to congestion could triple by 2051 if drastic changes aren’t made.

A 2018 study by the U.K.-based business solution company Expert Market found the GTA had the worst commuting times in North America, and the sixth worst in the world.

Read more from The Pointer:

Since taking power in 2018, the majority PC government has failed to deliver on the promise of the Big Move, and has even turned back many of its most progressive ideas.

While growing gridlock is regularly cited by the Province, as Doug Ford’s Progressive Conservatives plot how Ontario will look and feel for decades to come, it has simultaneously pursued the backward planning of the past. The government says economic loss means more roads and more railways are needed to improve the lives of Ontarians. The Bradford Bypass and GTA West Highway (or 413), two lightning rods for environmental campaigners, are held up as key examples of how the PCs plan to fix congestion.

“Over the 15-year period of 2001-2016, travel demand on highways grew three times faster than the rate of new road construction during this time,” a newly released discussion paper by the Ministry of Transportation explains. 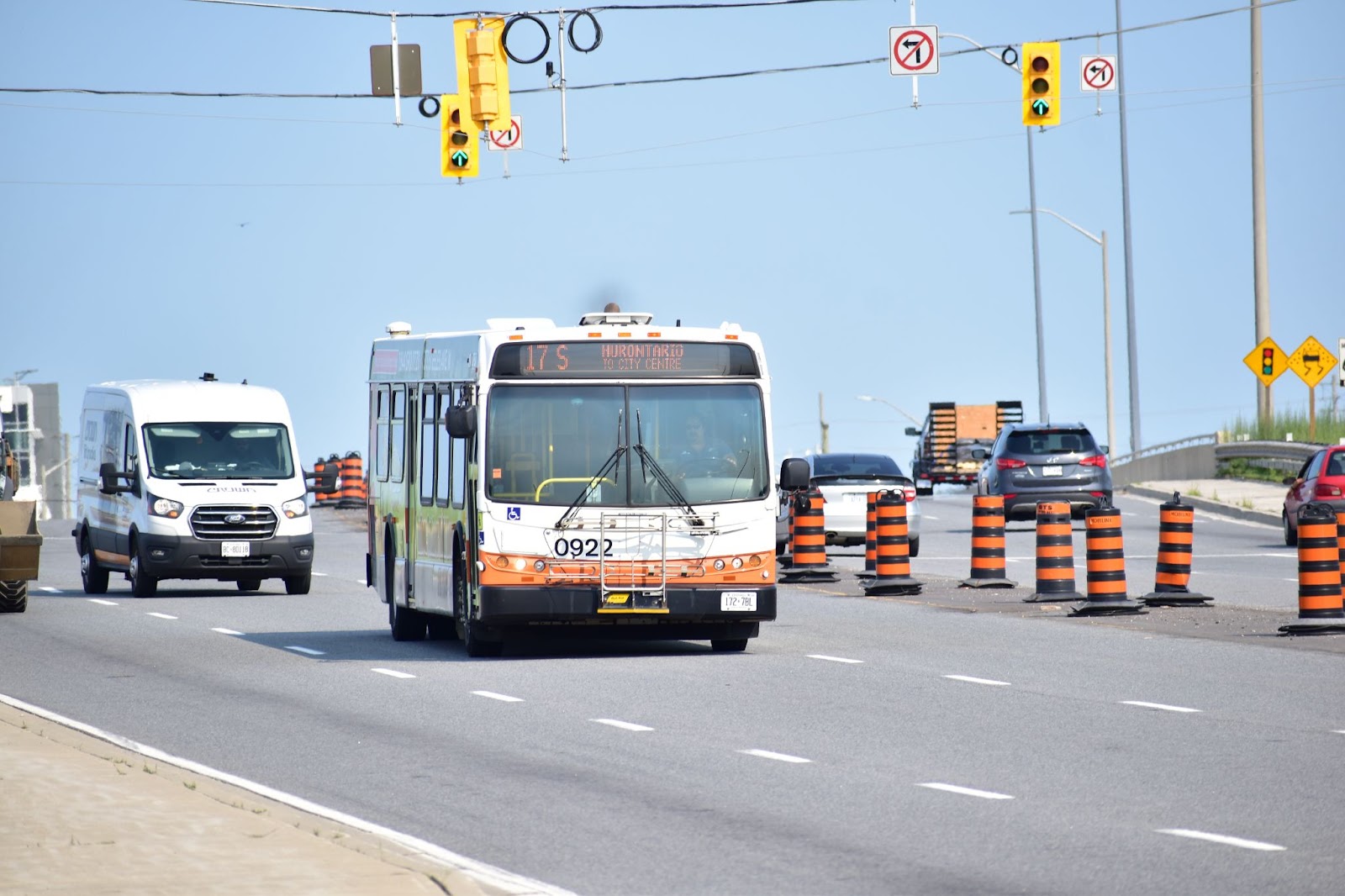 The report, titled Towards a Greater Golden Horseshoe Transportation Plan, has been written to catalyze conversations about how Ontario should develop its transit network moving forward. It lays out the Province’s significant investment in a few higher order transit systems (including the Hurontario LRT, funded before the PCs took power) and how strategic highway investments will turn gridlock into flowing freeways.

The document is jam-packed with predictable solutions. The Province says it will continue to invest in its priority public transit projects, generally subways or light rail, and it promises to build more dense housing around transit stations. New highways are also a major part of the strategy, aiming to improve the speed goods and people move across Ontario.

For a report designed to spark debate and seek public input, its suggestions represent a gentle continuation of the status quo.

Away from the gift-wrapped transit projects promised to a select few communities, there are practical changes. The paper promises to increase all local bus services to 10 minutes across Ontario cities (a policy actually under municipal control) and it commits to finally integrate fares and timetables around southern Ontario, something that is desperately needed in order to entice more people to use public transit.

The latter promise has been on the table for years, with Metrolinx’s Big Move project in 2010 promising to fix the issue through a regional transit card. The introduction of Presto cards meant riders could tap onto any GTHA transit system, but the back-end work required to actually integrate prices and timetables has barely begun.

In the fall, Mississauga’s MiWay bus service will trial a very limited schedule integration pilot in the City of Toronto. It is the first tentative step on a fare integration push that was given a new lease on life this year after a report outlined the potential of realistic fare integration for Ontario. Kinga Surma briefly led the work before the latest cabinet reshuffle moved her to be Minister of Infrastructure and left Stan Cho to learn the file from scratch. A spokesperson for the Province says the move has not disrupted fare integration work. Fare and timetable integration will be key to convincing people to use the bus.

Fare integration is far from the only broken promise a decade following the introduction of Metrolinx’s Big Move. Five of the nine short-term transit projects earmarked in the landmark document have been completed, while two are nearing completion and two are at least a decade away. None of the future expansion transit projects it floated, including the Dundas BRT in Mississauga, have opened to the public.

Bold plans and new reports convey a sense of movement, but Ontario has seen in the past they don’t guarantee action.

After its discussion of transit, complete with dated references to Metrolinx's bag of 2010 goodies, the Province’s new discussion paper lays out how expanding Ontario’s highway network will improve congestion. New projects like the GTA West Highway “will create a more resilient network” and strategic highway expansions will “relieve congestion” it promises.

Induced demand, which follows the simplistic rules of demand and supply, shows building a new road allows for initially shorter trip times and increased demand, in turn prompting more people to use the road. This is then followed by self-defeating congestion within a relatively short period. A study by Todd Litman of the Victoria Transport Policy Institute says induced demand will fill a new highway to near or complete capacity roughly three years after completion.

The Province’s own traffic studies for the Bradford Bypass, a planned highway that will connect Highways 400 and 404 — passing directly through the provincially significant Holland Marsh wetland complex in the process — creates very little traffic benefit for the exorbitant price tag, estimated to be between $800 million and $1.5 billion. The bypass itself is expected to see similar congestion levels to Highway 400 by 2041, and it will do absolutely nothing to solve congestion issues on Highway 400 and 404, in fact, congestion will actually get worse on these major highways by 2041, even if the bypass gets built.

To change the channel on Ontario’s cycle of perpetual gridlock and construction, the Province needs to fundamentally rethink how people travel. Breaking the relationship between commuting and driving is key, something the Province’s discussion paper barely touches upon. 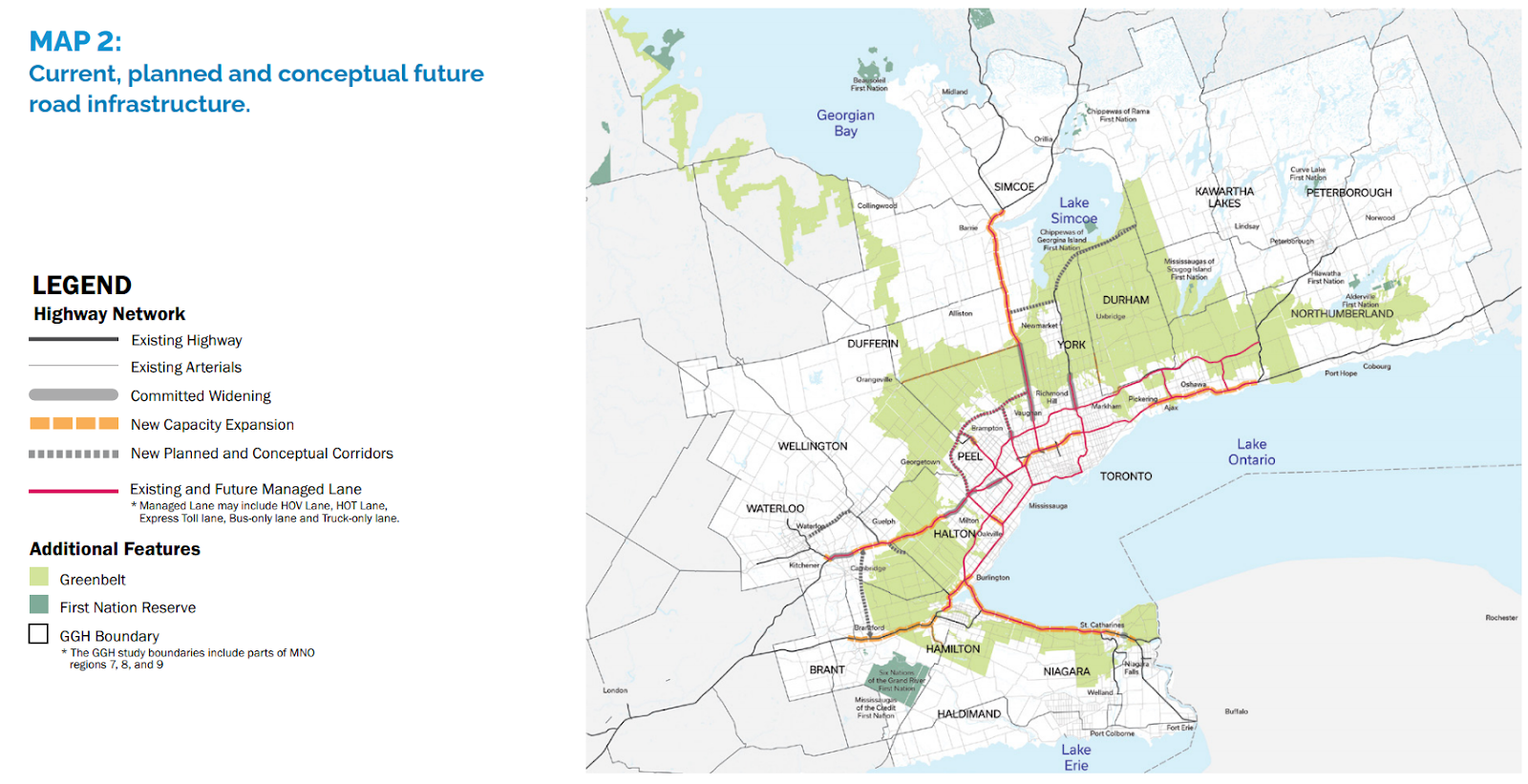 Enhancing and expanding Ontario’s highway network is a key pillar of the Province’s 30-year outlook.

(Image from Ministry of Transportation)

People’s chosen commuting mode is determined by a variety of factors, including their values, income and location. Convenience is a key factor and simple changes can be substantial.

A study in Shanghai, China, for example, found that reducing overcrowding on public transit was a key factor. The research showed it was more crucial for convincing car users to take the train or bus than cost or journey time. The idea of 10-minute transit service could go someway to solving this, but funds will likely need to flow. The City of Brampton has already struggled with overcrowding after it failed to plan for its own success and massive passenger increases on Brampton Transit buses resulted in overcrowding.

The Province’s continued reliance on highways appears to be in direct contradiction to the fieldwork it completed before preparing its initial plan. Last fall, a poll of more than 2,200 people was used to help Ontario “develop a plan for transportation” and inform “the proposed vision and actions” of the plan.

For all its analysis of transit-oriented communities or alternative delivery times to reduce peak-time truck traffic, the report has a glaring omission. At no point in its plan for a greener and faster transportation network over the next 30 years does the Ministry of Transportation mention congestion pricing.

Similar to the carbon tax or duties on cigarettes and alcohol, the scheme is designed to increase cost and deter use by taxing people who continue to create expenses. The impacts of environmental damage range from dramatically higher healthcare costs associated with respiratory illness and other conditions to climate change-related severe weather events that cost billions of dollars globally each year. 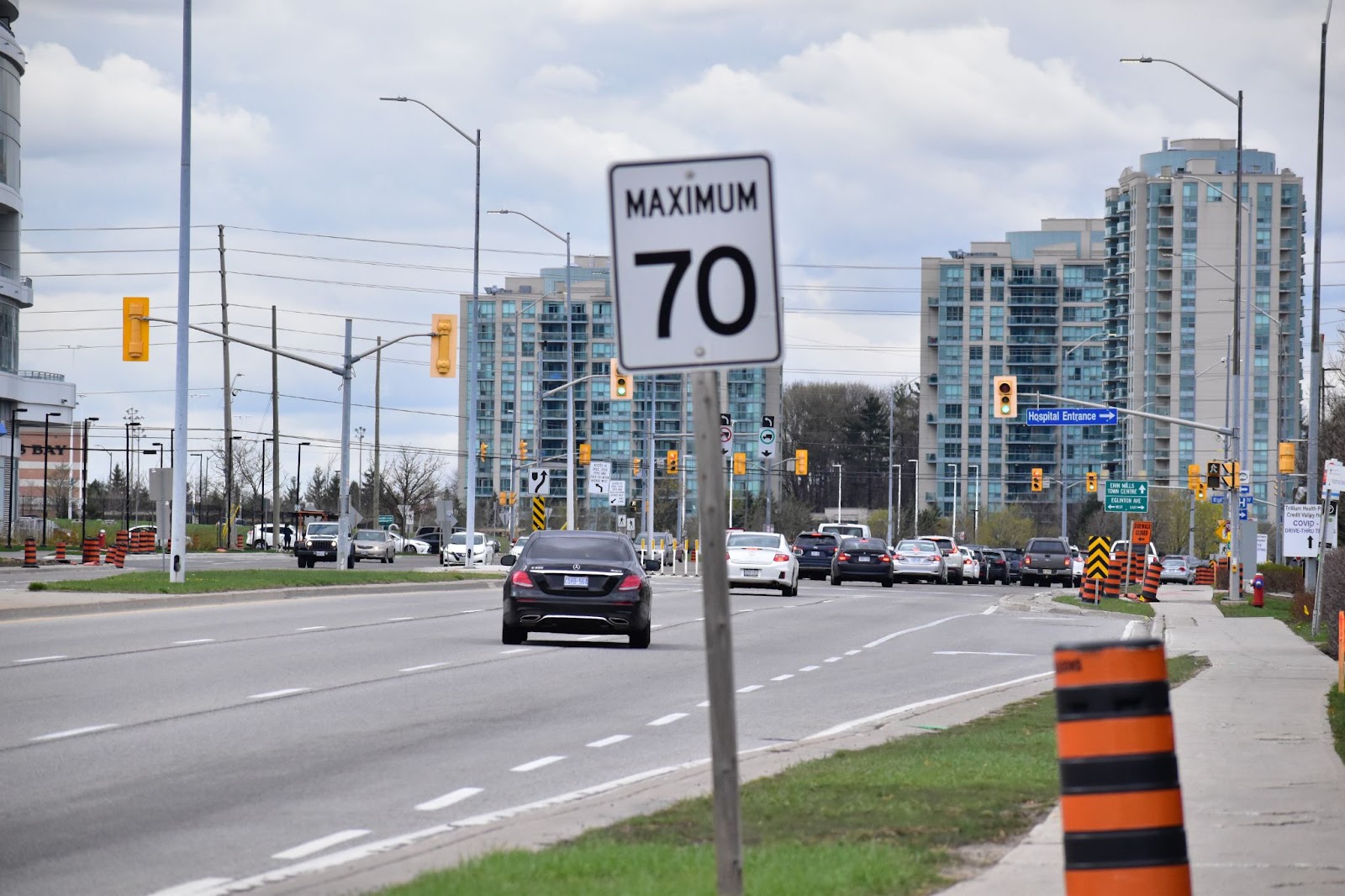 Congestion pricing has been suggested as a way to reduce trip times and raise revenue simultaneously.

It’s a scheme the City of Toronto has publicly flirted with in the past and an idea an independent panel formed to study the GTA West Highway suggested could revolutionize travel in Ontario. The group concluded that through legislation alone and without pouring even an inch of asphalt, Ontario could realize unthinkable savings through a congestion charge.

“The Panel found that congestion pricing scenarios provided travel time savings ranging from approximately equal to more than 10 times greater than those projected from the new GTAW corridor,” the group’s findings state.

“It is interesting to note that in other jurisdictions, road pricing was better received after it was implemented and once drivers experienced the benefits in real time of an improved commute,” its authors wrote.

However, getting these types of charges implemented is a political quagmire. As the City of Toronto learned in 2017 when council attempted to place tolls on the Gardiner Expressway and DVP, a request that was turned down by then premier Kathleen Wynne.

Despite a majority of those it surveyed asking for greener transit options, basic transit theory suggesting highway expansion is a dead-end plan and independent experts calling for congestion pricing, Ontario’s three-decade transportation plan is business-as-usual. It leans heavily on a handful of glamourous projects and the hope that just one more highway is the answer to the GTA’s most pervasive problem.

Without a new strategy and a significant rethink, commuting will only get harder for the average worker in Ontario.