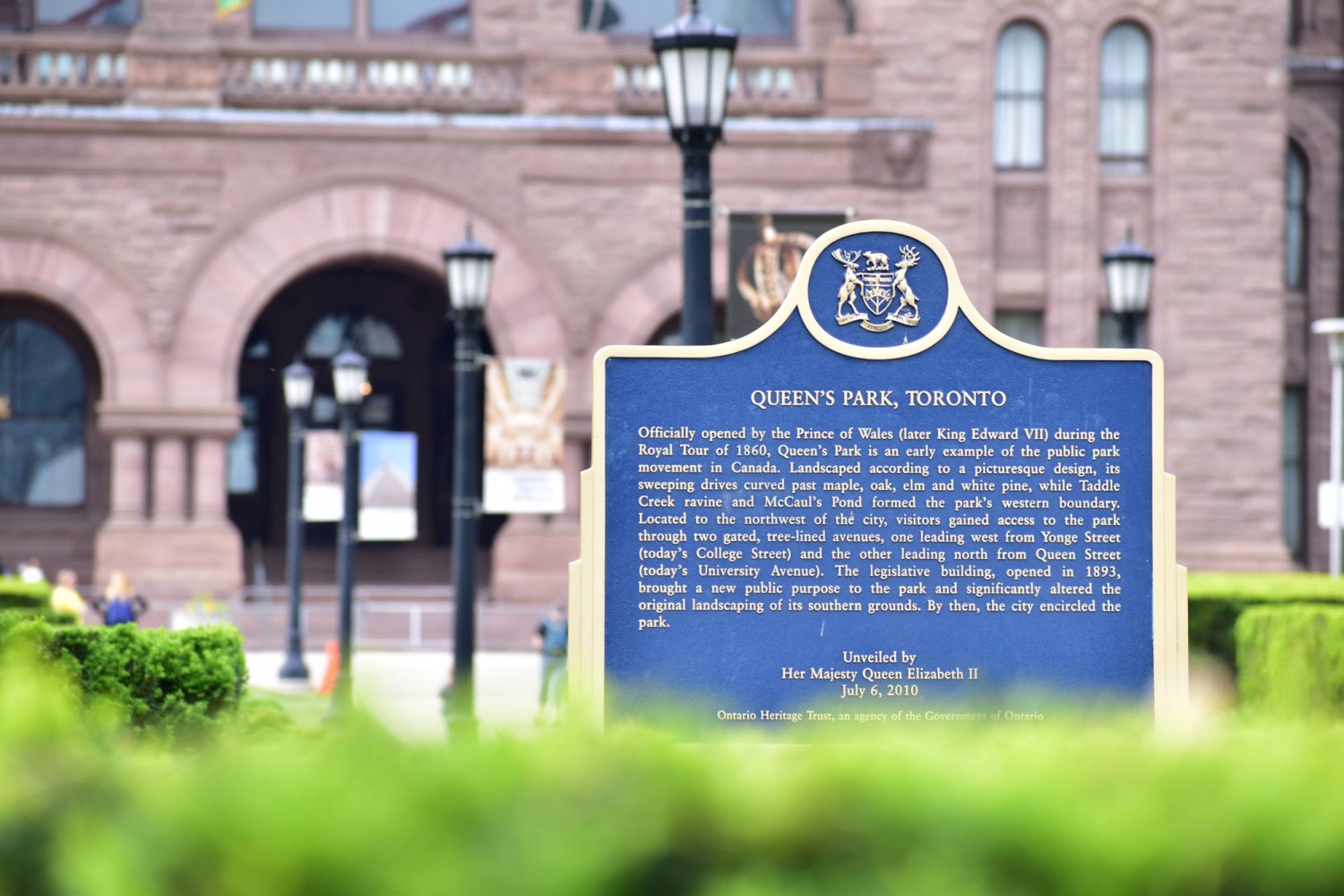 In a little over a year, voters will once again decide who represents them at Queen’s Park.

Premier Doug Ford will ask for a second term, the Liberals are looking to redeem themselves and the NDP hope to turn years of opposition into a term in government. As the pandemic’s emergency status wanes, politicians are thinking about June 2022 long before the voters who will decide their fate.

There are already signs the race is heating up. The PCs recently took out a slew of advertisements targeting Liberal Prime Minister Justin Trudeau’s border measures and blaming him for a deadly third pandemic wave, hoping the messaging will stick to Ontario Liberal leader Steven Del Duca. He is holding regular media briefings and sending out a raft of press releases to get his message across. NDP Leader Andrea Horwath has called for the resignation of various PC figures, including the Minister of Long-Term Care, Merrilee Fullerton. 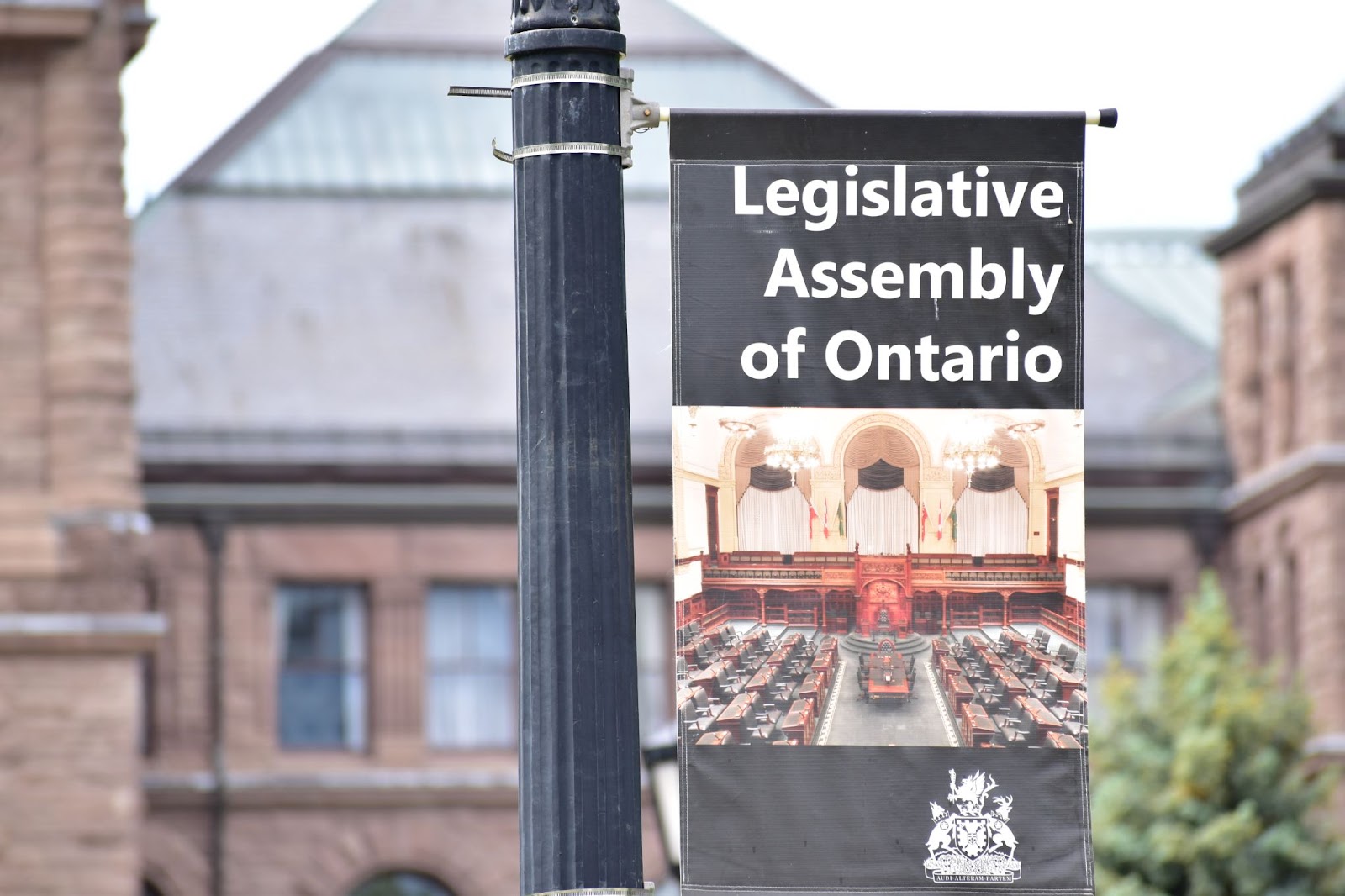 Peel is key for any party that wants to form a majority within the Legislative Assembly of Ontario. (Image from Isaac Callan/The Pointer)

Across Ontario, few regions are as important as Peel when it comes to forming government at Queen’s Park. The province’s third and fourth largest cities, Mississauga and Brampton, offer 11 seats with complicated political loyalties and narratives at play.

Peel Region can be a key slab on the road to forming government.

“The 905 as a whole, it can’t be overstated, that’s where parties have to win,” Quito Maggi, president and CEO of polling company Mainstreet Research, told The Pointer. “It’s 11 seats, you have to win in Peel to have a chance to win government.”

The five seats in Brampton and six in Mississauga represent crucial targets for all of Ontario’s three biggest political parties. Maggi expects to see major resources, including experienced campaign managers and targeted advertising, poured into the region ahead of 2022.

“The NDP has a couple of seats there they’re going to want to hold, Liberals [are] probably looking at those as target pickups because they held those seats previously and the Conservatives want to obviously hold the seats that they currently have in that region,” he said.

The Liberals are currently shut out, while the PCs have all six seats in Mississauga and two in Brampton, while the NDP currently hold three in the Flower City.

During a March visit to Brampton, Ford demonstrated Peel’s importance by wandering into campaign territory. Unveiling a promise to transform Peel Memorial into a full-service hospital, he exhorted locals gathered at the press event to unseat the three NDP MPPs that won in Brampton in 2018.

“There’s five seats, provincial ridings, we need to get those other three seats to continue having a strong voice down at Queen’s Park,” he said, during a taxpayer-funded event. “So in the next election, please vote for the PC government in the three other ridings and I promise you we won’t let you down as we haven’t let you down here.”

For voters in Brampton, rookie councillor Charmaine Williams has put herself forward as a PC candidate. She hopes to take the riding of Brampton Centre from NDP Deputy Leader, Sara Singh. Charmaine Williams, elected to council for the first time in 2018, will seek a provincial mandate next year. (Image from The Pointer files)

The path Williams plans to follow is well trodden: a councillor flying the municipal nest and making the leap to federal or provincial politics. The role of city councillor is often used as a learning ground for those who seek to represent voters at a higher level of government.

“I’ve been working in children’s mental health for too long to be put in that category of being a career politician that’s just trying to go up the ladder,” Williams told The Pointer.

When she ran for City Council in 2018, Williams brought plenty of ideas. Her biggest focus was on public safety and the dangers of gun crime in her community. She pledged to move the needle on crime and safety.

Fast forward three years and the councillor has found her attempts largely ineffective due in part to Canada’s distribution of powers. As a city councillor, she has no say over the decisions made by the Peel Regional Police, while Ottawa holds the most significant powers to curb gun violence. She did not get promoted up to the Region of Peel, as that role is only given to one City councillor and Rowena Santos had the votes lined up for it. So Williams was unable to participate in budget or other debates around policing that are dealt with at the regional level. She knows she’s at the wrong level of government to accomplish what she set out to. 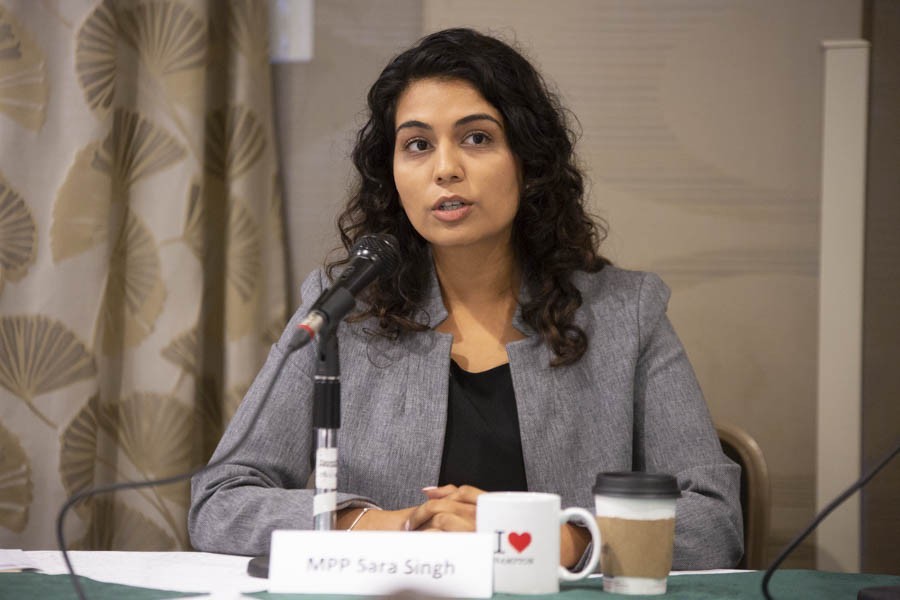 She tried. In early 2019, she was the only member of Brampton Council who attended Justice Michael Tulloch’s presentation of his groundbreaking report on policing reform in Ontario.

She talked about the need for community-police partnerships, the eradication of harmful practices such as carding, and pledged to work with her colleagues in Brampton to bring about policing reforms in one of Canada’s most diverse cities

Not equipped with the powers she needed to make changes, Williams found herself turning to different types of advocacy. She fronted efforts by the City of Brampton and its council to influence policy at other levels of government.

At the dawn of the COVID-19 crisis, she joined Mayor Patrick Brown in a bid to allow more foreign trained doctors to fight on the pandemic’s frontlines, a policy the City and its council had no control over. She has also pushed during local council debates for the federal government to adopt a gun buy-back program, once even hiring a steamroller to add to a photo opportunity on Breakfast Television.

Williams appeared on Breakfast Television to promote her gun campaign, something she has little power to influence. (Screenshot from YouTube and CityTV)

In September 2019, she pushed for the City of Brampton to consider joining a class action lawsuit against opioid manufacturers for the role they have played in the overdose crisis. Like some of her other motions, Williams' attempts to get Brampton on board signalled her interest to work at a higher level of government: the Region and Province bear responsibility for health, not City Hall.

At the time, her colleague Councillor Martin Medeiros supported the motion reluctantly. “I think we spend too much time on issues that don’t relate directly to our mandate,” he said.

The councillor says she has learned fast.

“You have to get to the level of government that puts those policies in place,” she said. “I had realized being [a] municipal [councillor] that the things that I want to see change for [are] at the Province. It became apparent to me pretty early.”

She will have to beat a formidable opponent.

Brampton Centre’s current representative at Queen’s Park is also the Deputy Leader of the NDP. Sara Singh has done more than any other politician in Brampton to advocate for expanded healthcare in her city, while also leading on a number of other key files.

She spearheaded motions to bring a new hospital to Brampton, but the efforts were defeated by the PCs.

Singh has also been outspoken on the province’s woeful treatment of Brampton throughout the pandemic. She is one of the most active and vocal members of the Opposition in the legislature and has often been mentioned as a possible future leader of her party.

Singh has also been a key voice inside the legislature advocating for reforms to the insurance industry. A practice commonly referred to as postal code discrimination, which allows insurers to charge Brampton drivers excessively high auto-insurance rates, has been a major bone of contention of hers, and Singh has worked to reform the way rates are set.

The Ontario Liberals have nominated Safdar Hussain, a local entrepreneur who works in the real estate industry, as their candidate for Brampton Centre.

“Safdar is a tireless champion for Brampton Centre and someone who cares deeply about his community,” Del Duca said in a 2020 media release. “I’m very happy to have him on our team as we take on Doug Ford in the next election.”

With motivated candidates, featuring track records of advocacy for their city, Brampton Centre will have at least two politically experienced candidates vying for its seat inside Queen’s Park.

In Mississauga, Dipika Damerla is also planning to leave council for a place at the provincial table. She hopes to end her brief stint as councillor for Ward 7 next June and is standing as a Liberal MPP. From 2011 to 2018 Damerla held the Mississauga East—Cooksville seat before the dramatic fall of the Liberals led to her ouster by PC Kaleed Rasheed. She then decided to run for local council. 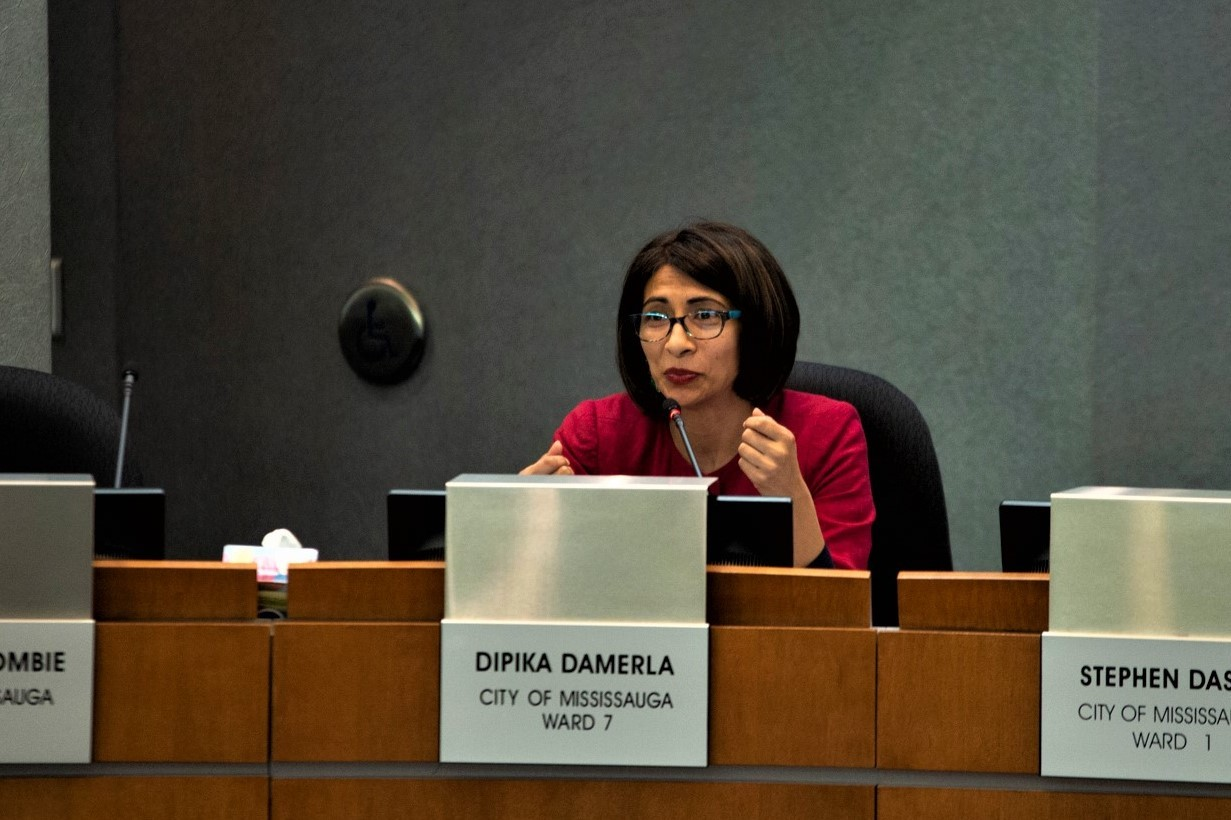 Dipika Damerla wants to return to Queen’s Park after a brief spell on council. (Image from The Pointer files)

The Conservative rout in Mississauga could open up a variety of races in 2022. “Traditionally they have been generally Liberal, but there have been some renegade voters who have voted Conservative,” Dr. Pauline Beange, who teaches Canadian politics and elections at the University of Toronto, said. Unlike regions of the province that almost always vote the same way, Mississauga has shown it is willing to swing. “What the literature seems to indicate is that if you have voted for another party once, that opens the door and you’re more open to doing that again.”

Alongside Damerla, a group of new candidates for the Ontario Liberals is shifting into gear. Capitalizing on frustration at the Province’s initial handling of the vaccine rollout in Peel Region, the candidates have begun to appear together and separately under the Liberal banner advocating for change.

A quasi-campaign mode has already started for the various untested candidates throwing their hats into the ring. They have no other duties to residents who already elected them and can put their full energy into setting the stage for their own election wins.

For Damerla and Williams, there is a much harder balance to strike as they still are expected to represent their municipal constituents.

They could both be back at City Hall after the provincial election.

“It’s not provincial level or bust,” Williams said. “If I don’t get the opportunity to… get the seat, I will still be here serving the residents on the municipal level, hopefully regional, at least having a voice at the regional table.”

Damerla did not respond to a question asking if she intends to run again for council if she is defeated in her provincial bid.