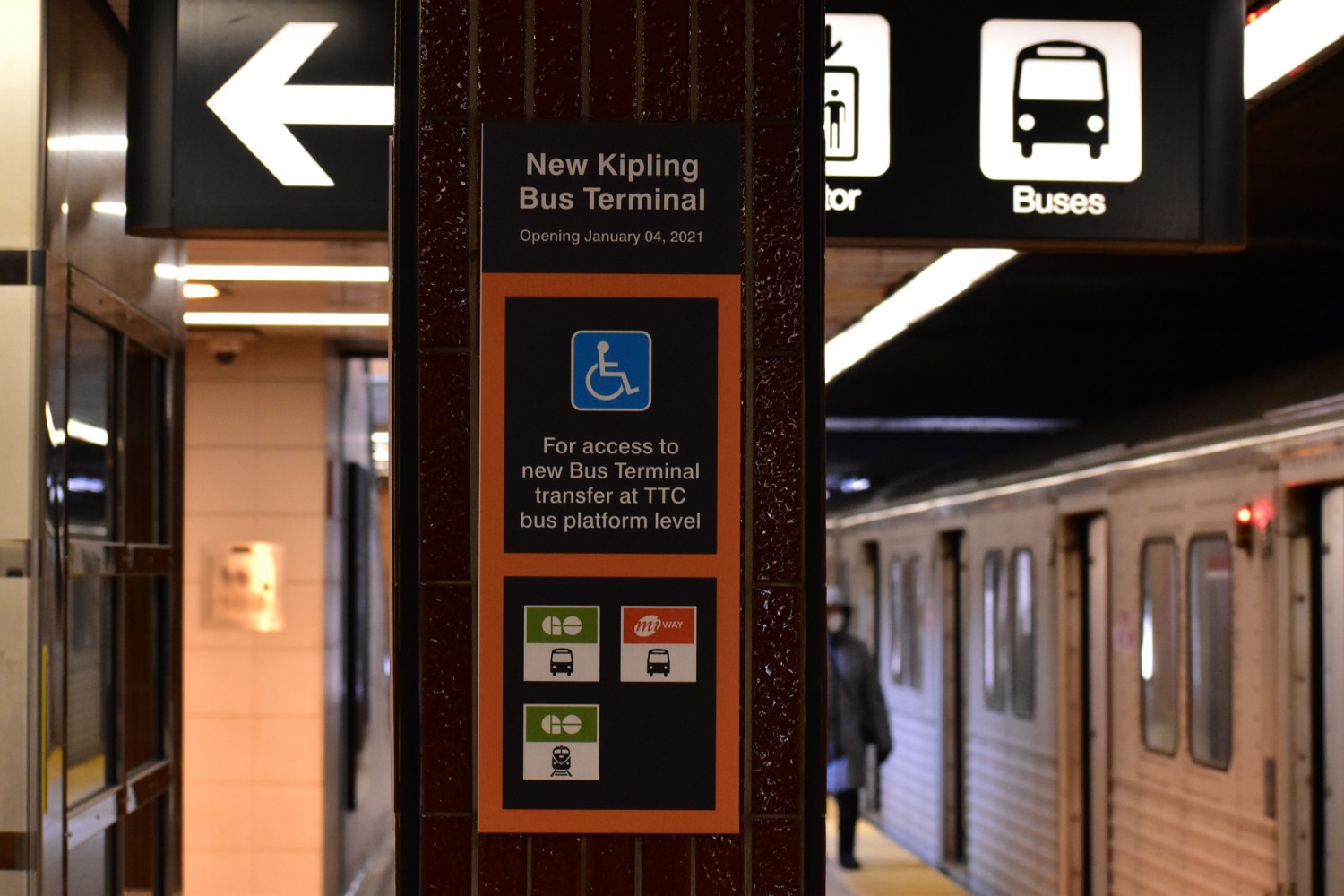 No one would ever build a house without doors to connect the rooms. That’s exactly what’s happening with transit investment across the GTA.

“If we’re going to spend billions more on infrastructure that’s going to be cross-boundary or to the boundary, we absolutely need to [complete fare integration],” Jonathan English, director of transportation policy at the Toronto Region Board of Trade, told The Pointer. “We can’t assume that these problems will work themselves out because they have to when the infrastructure is built.”

Announcing legacy transit projects prior to the pandemic was a significant opportunity for politicians.

Media events with personalized shovels and hard hats were a chance to pat one another on the back. The engineering and design of sleek new subways and LRTs showed taxpayers the exciting benefits they would finally enjoy. The legacy projects would be used and celebrated long after the memory of these events faded.

Under the current Progressive Conservative government at Queen’s Park, transit announcements have been a regular occurrence. The administration has made commitments to various major routes including its signature Ontario Line, the Eglinton West LRT and the Yonge North Subway Extension.

Last Friday, a gaggle of senior bureaucrats and local politicians gathered virtually for another announcement.

Taking part from their laptops, Minister of Transportation Caroline Mulroney, Metrolinx CEO Phil Verster and Mississauga Mayor Bonnie Crombie, among others, participated in the virtual opening of a new $73-million transit hub at Kipling Station. Held over Zoom, the event was underwhelming.

The grand opening consisted of a short video, followed by platitudes and mutual congratulations. Thrilled at the official opening of a new transit hub at Kipling Station serving the Toronto Transit Commission (TTC), MiWay and GO trains, politicians touted the positives of bringing these three services together. 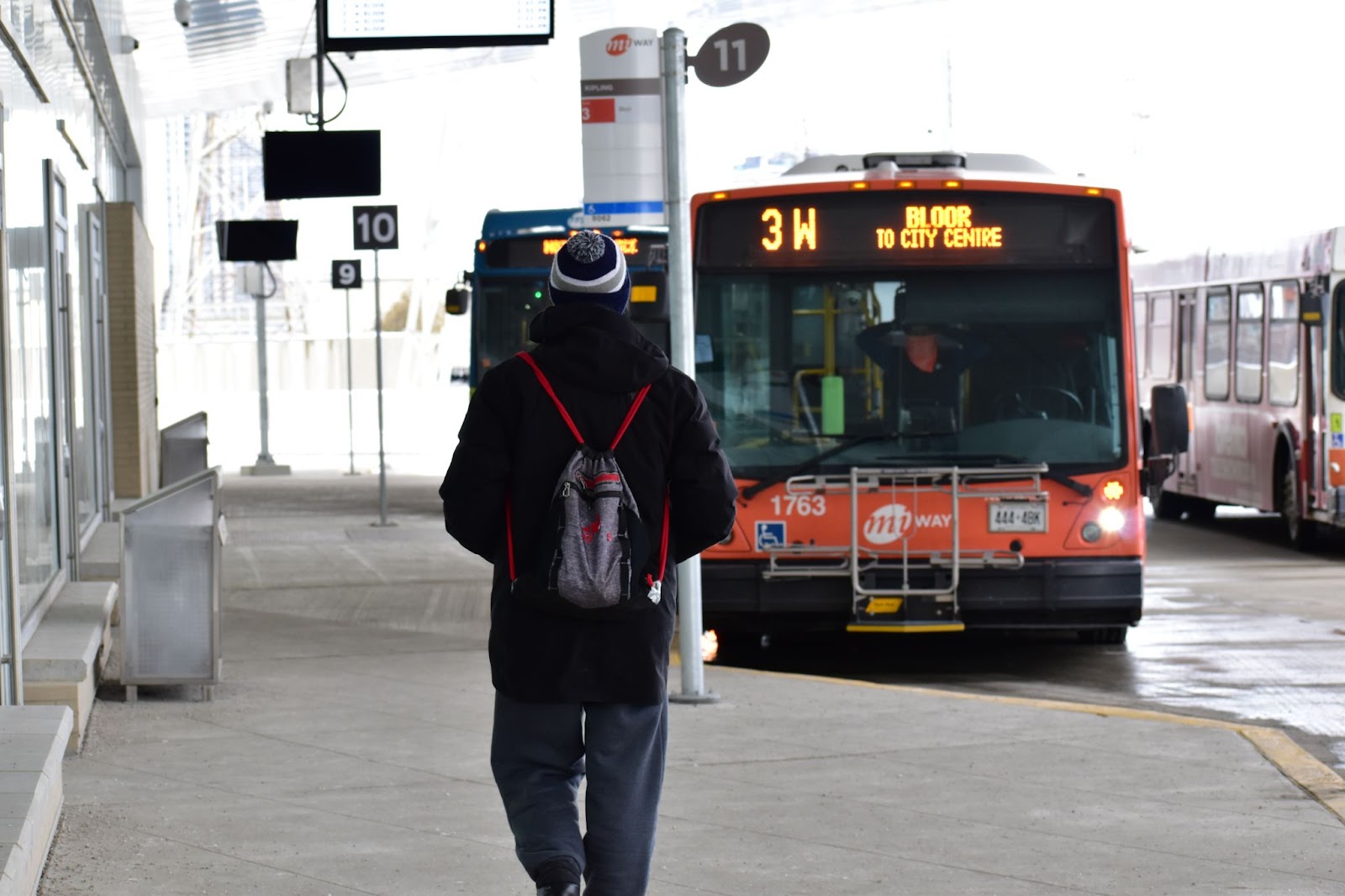 MiWay buses now connect to the TTC subway at Kipling instead of Islington. (Image by Isaac Callan/The Pointer)

Verster praised the development of a transit network in Toronto and acknowledged Kipling as an important connection. “It’s fabulous, this is how networks develop,” he said.

In the shower of positivity, there was a disconnect between what the politicians were praising, and the reality experienced by transit riders on the ground.

Anyone who uses transit to get between cities in the GTA will tell you integration, in principle, is great, but physically connecting systems does little good if the systems themselves are not integrated. The Kipling terminal, held up by leaders as a beacon for connectivity, is also the perfect example of the GTA’s transit woes.

A Mississauga resident transferring from their MiWay bus to the TTC subway will pay an extra $3.25 to enter a new transit system at Kipling. Someone getting off the GO Train and making their way to the subway would also be charged an additional full fare, but would have their ticket subsidized by the Province if they switched to a MiWay bus instead.

The Kipling hub is a collision of competing fare systems that act as barriers to transit riders on a daily basis. “In their real lives [transit riders] don’t care where boundaries are between municipalities, they don’t care which transit service is operating a given bus route or anything like that,” Toronto Mayor John Tory said at the virtual opening, failing to address fare integration. “They just care about getting to work on time or getting home on time or going shopping on time and being able to do it in an affordable, convenient way.”

In December, a report published by the Toronto Region Board of Trade (TRBOT), authored by English, laid out a path to fare integration for southern Ontario (read the full story here). It suggested a system of zones stretching from Kitchener and Hamilton to Durham, with costs based on distance and not arbitrary municipal borders.

In their current form some agreements do exist between transit services, including Brampton Transit and MiWay, but they are ad hoc for passengers who need to travel between jurisdictions. The fractured, inconsistent integration means travellers may not realize it is free to transfer between services in Peel Region, but a trip to Toronto will double their fare, for example.

The introduction of the Presto fare-card system was supposed to pave the way for better regional integration but its potential to unlock the GTA’s clunky transit design has not been fulfilled. This is partly due to the lack of cohesion between the systems that should be partnering with each other.

In its proposal, TRBOT suggested a standard fare of $3.25 to ride within two zones. These two zones could include Mississauga and Brampton or Brampton and outer Toronto or Mississauga and Oakville. In theory, those travelling the farthest would pay the highest fare ($2.50 for one extra zone and $10.50 for five), while those who travel shorter distances wouldn’t be punished for switching operators.

If it was enacted, the proposal would create true connectivity at the Kipling hub, turning the recent political pronouncements about integration into accurate descriptions of the system’s benefits.

Asked last week about Ontario’s progress on fare integration, Provincial representatives were coy. A new group, headed by Surma, has been convened to force transit agencies to begin having the fare integration conversation, while TRBOT’s zone-based proposal is “one of the options on the table that we are collectively looking at”, according to Verster.

“We’re working very hard over the last number of months to integrate service better, we have timelines, we have steps we’re taking and we will keep the public apprised of our achievements,” Surma told The Pointer. 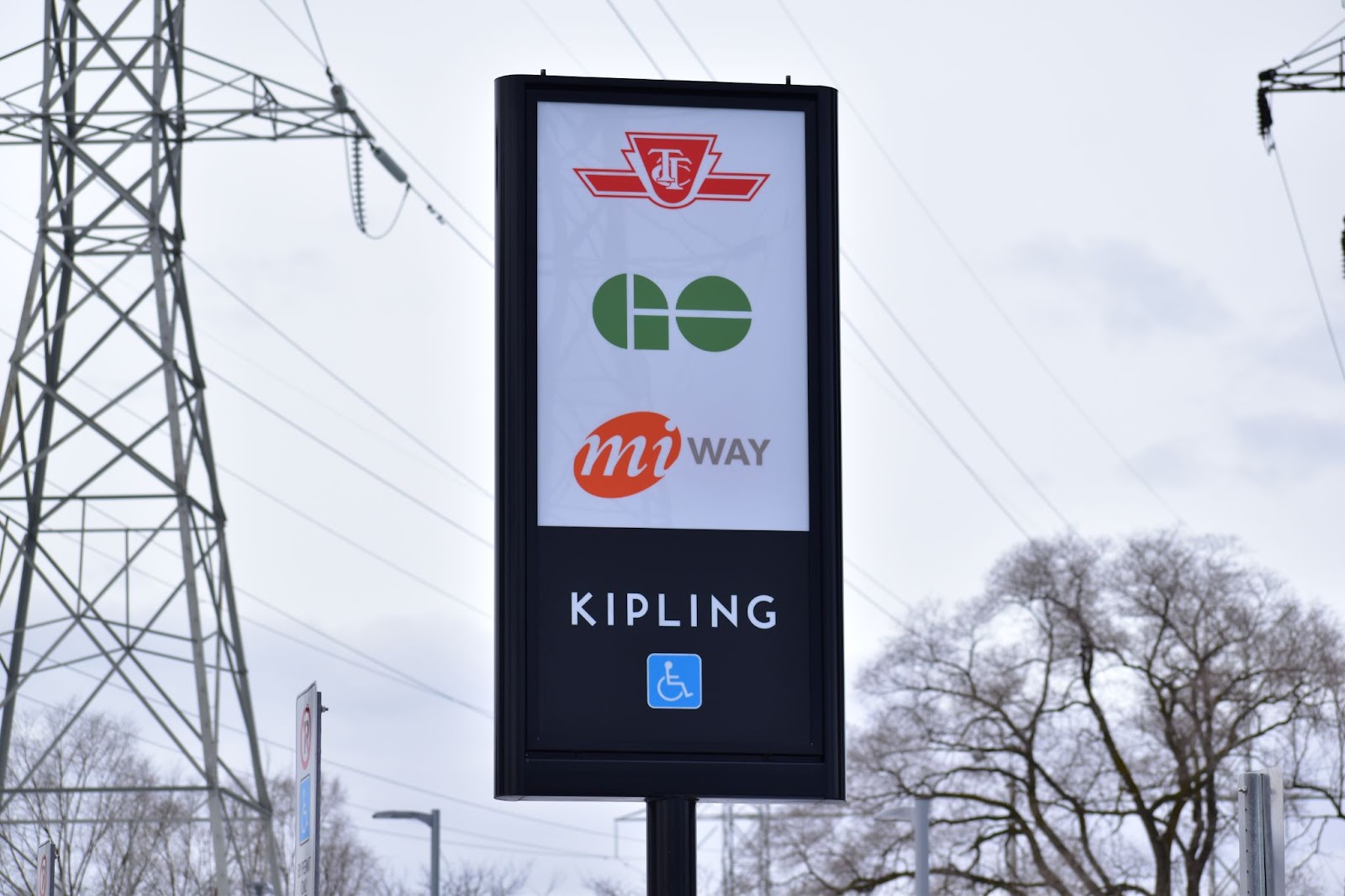 The new Kipling hub is served by MiWay, TTC and GO, but the three systems are not effectively integrated. (Image from Isaac Callan)

Despite officials publicly offering the same vague promise of soon-to-be-announced progress, English, who outlined his detailed integration proposal in the TRBOT report, is optimistic.

“Quite honestly it’s been better than I expected,” he told The Pointer, discussing buy-in for his plan. “They are actually meeting regularly and that does seem to have come out of the report, which is absolutely fantastic. Even just that they are meeting regularly and talking about this as something that needs to happen is a big step.”

As a number of Ontario’s key transit infrastructure projects move closer to becoming a reality, fare integration will only become more important.

Despite English’s relief that fare integration conversations are beginning to take place and the Province’s promise that timelines have been decided internally, details for the public remain scarce.

“Fare and service integration is something we’ve been talking about for a long time,” Mulroney told The Pointer. “We’re still in the early stages of it, but we are taking those important steps because we recognize how important it is to commuters.”