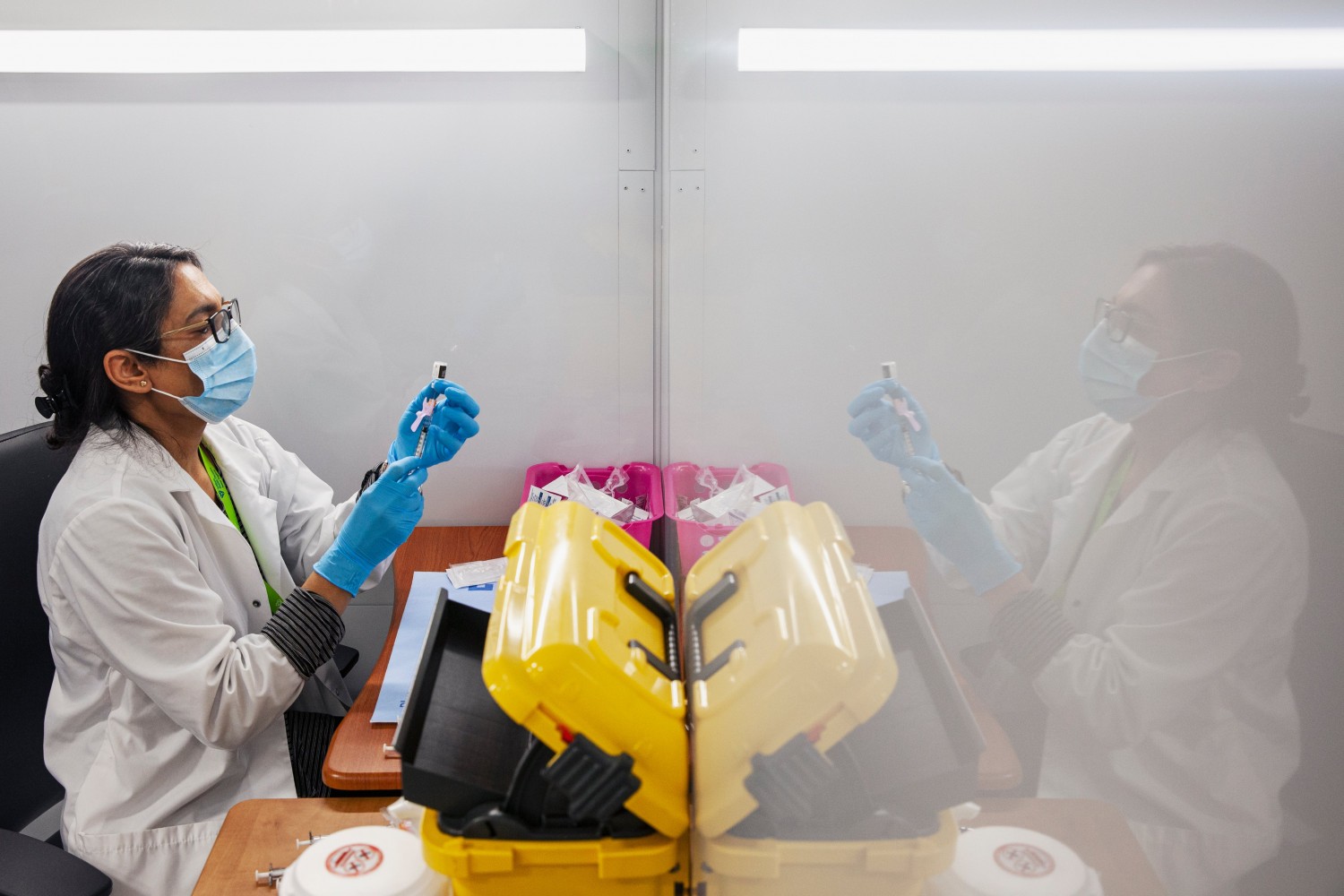 Photo from Trillium Health Partners/Graphics from Region of Peel

Even after two months in lockdown, Peel’s hospitals dangerously beyond capacity while positivity rates have spiked

On January 15, the Region of Peel released its weekly epidemiology report which highlighted a glaring figure – hospital capacity for acute care beds had reached a record high of 97 percent.

Peel's hospital capacity between January 5 and 11, saw an increase of 4 percent from December 29 to January 4, and a 9-percent increase from the week that ended December 28. Intensive care beds during the most recent week recorded in the latest data are at 92 percent capacity, and ventilator-beds were at 61 percent.

The threshold for acute and intensive-care-bed capacity is 90 percent, anything above this indicates hospitals are in danger of having to turn patients away, which has already happened in Peel, when surrounding health systems had to accommodate those who simply could not be admitted because hospitals in Peel were struggling during the second wave of the pandemic. The capacity for ventilated beds is 60 percent, so even this was beyond the target between January 5 and 11.

These figures mark the first time in the second wave of the pandemic that all three indicators exceed proper care thresholds, dangerously beyond the safe capacity mark, despite Peel health working with limited resources even before the pandemic started.

The region has suffered from the highest rates of infection in Ontario throughout much of the ongoing public health crisis.

Hospital capacity in Peel continues to be strained by the COVID-19 pandemic's second wave, which data show has been far worse than the first.

According to the latest data this has not changed. For the week that ended January 3, Peel’s infection incidence rate was at 262 per every 100,000 residents, compared to the Ontario rate during the same seven-day period of about 134 infections for every 100,000 residents in the province. This means the rate of infection in Peel was about twice as high as the overall provincial rate.

Test positivity rates in the region are also spiking. For the week that ended January 9, Peel’s test positivity, meaning the percentage of people whose test results indicated they had the novel coronavirus that causes the COVID-19 disease, stood at 13.8 percent. Brampton’s was 17.6 percent, Mississauga’s positivity rate was 10.6 and Caledon’s was 11.5 percent. Test positivity above 2.5 percent in a jurisdiction indicates viral spread is not under control.

In Ontario, 5.6 percent of tests were positive on January 3.

Many of Peel's core health indicators are trending in the wrong direction.

While more people are now working from home due to school closures, which can help reduce workplace outbreaks, household transmission continues to be the most likely exposure setting in Peel. In the cases reported in the 14 days up to January 14, more than half (51.2 percent) of positive cases were attributed to household contact, followed by community spread (29 percent) and close contact (11 percent) which can include transmission in settings outside Peel where outbreaks occurred.

On the same day the latest epidemiological report was released, the Region of Peel announced the long-awaited expansion of isolation centres, with one voluntary isolation facility set to open in Brampton, after Mississauga had opened one earlier. Additional centres will be opened “as needed in the immediate future.”

“The ability to isolate safely is essential to help stop the spread of COVID-19 in our community,” said Dr. Lawrence Loh, medical officer of health for the Region of Peel. “Expanding locations into more communities across Peel increases access for residents and provides them a safe place to isolate and ultimately protect their loved ones and community.”

The current stay-at-home order was implemented in part to address the failure of the second wave lockdown which in Peel began on November 23 and forced many small businesses to operate in limited capacities or close down temporarily to prevent further transmission. By law, Ontario residents are to stay home as part of the province’s second provincial emergency order, or face fines from $750 to $100,000, enforcement which has started to take place throughout the province.

People are to only go outside for permitted purposes such as grocery shopping, accessing health care services, exercise or for work when jobs cannot be done remotely. These latest restrictions to limit people’s mobility and reduce the total number of interactions with others outside immediate households were introduced after Peel’s lockdown on November 23 failed to drive down infection rates.

According to the Region of Peel’s dashboard, which often does not match the Province’s figures and has daily infection cases updated later, a high mark (on its dashboard) was reached January 13, when 777 new infections were recorded, followed by 555 the next day, 536 on the 15th and 533 on the 16th.

Today, Ontario reports 412 positive cases in Peel, according to Minister of Health Christine Elliott’s daily update on Twitter, up from 473 yesterday and 346 the day before. Lags in reporting from local public health units often lead to more cases being reported on certain days and less on others, but seven-day averages generally reflect the infection picture across Ontario and in Peel.

The Region’s latest data suggest the virus is still posing serious challenges across the hard-hit area, with hospitals at their breaking point.