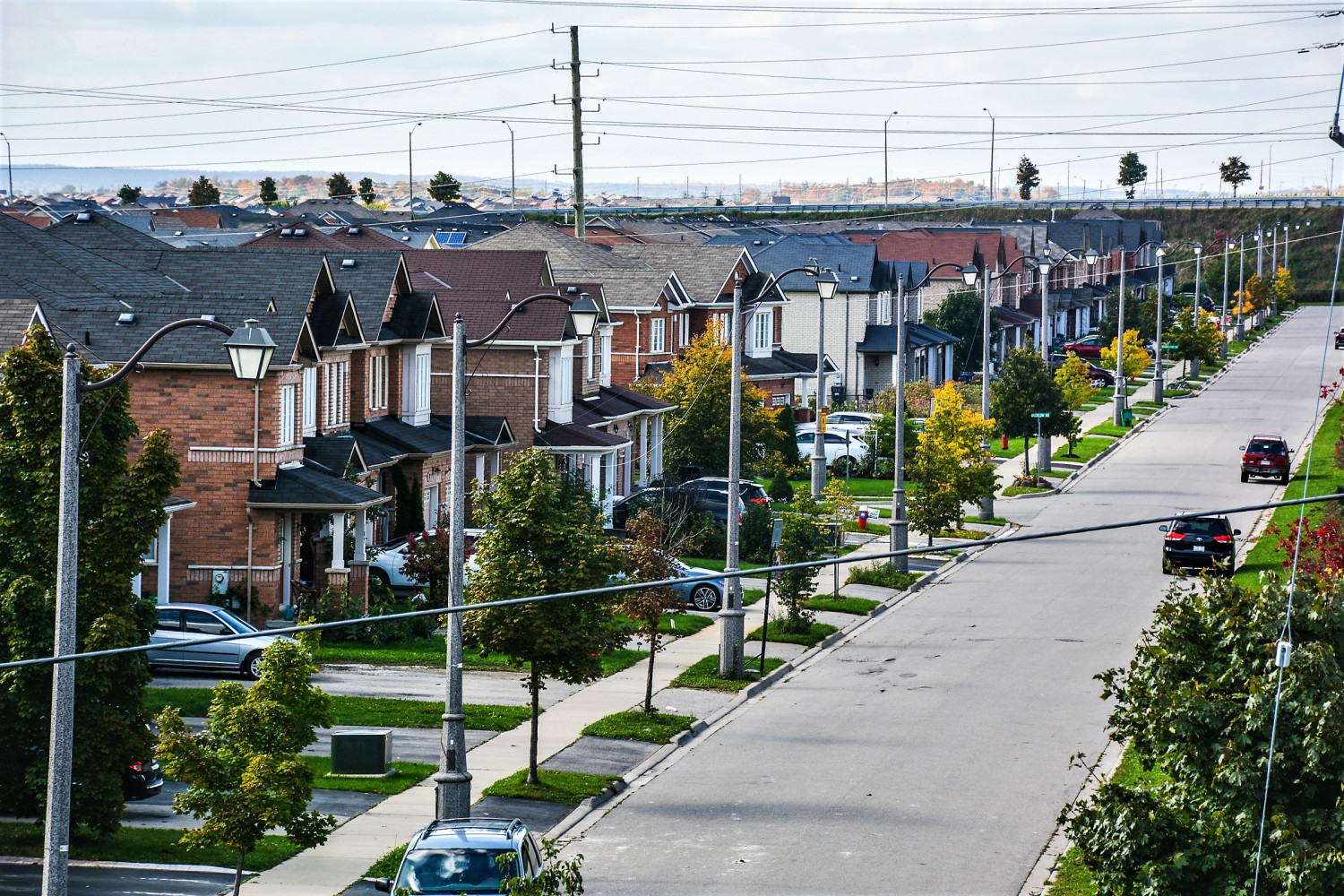 One of the ways major urban centres are combatting climate change is by reducing the reliance on personal vehicles. This foundational shift to energy-efficient public transit works most effectively if the alternative is a green option. The federal government is trying to help Ontario move away from dirty diesel buses, toward electric fleets.

Currently, 92 percent of emissions in the GTHA come from transportation, buildings and industry. In all three sectors there is a need for a rapid transition to electrification. With the province’s population projected to grow from 15 million to more than 20 million by 2046, the demand to transition transportation sector energy consumption takes on a greater significance here.

But the gains are not nearly as positive if the electricity is produced using dirty technology driven by natural gas. 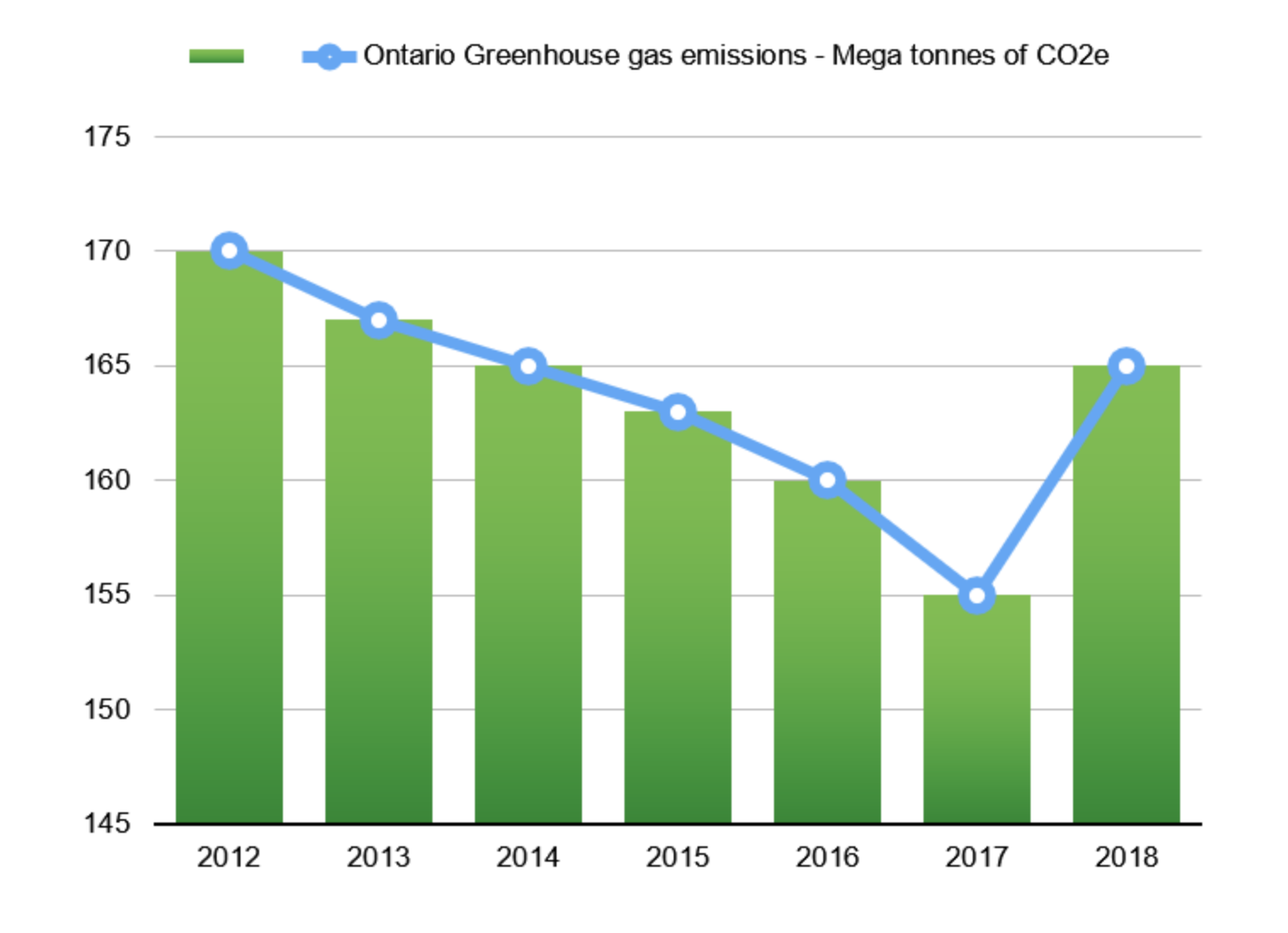 After Doug Ford was elected Premier of Ontario in 2018, the province’s CO2 emissions spiked for the first time in nearly 10 years.

According to the Independent Electricity Systems Operator (IESO), Ontario has one of the cleanest electricity systems in the world: 91 percent of the province’s supply comes from clean sources.

But despite the federal government’s aim to help create a net zero energy grid by 2035, Ontario’s emissions are increasing, going the wrong direction under the Doug Ford PC government. Between 2020 and 2021, electricity emissions across the province have increased 28 percent, and even considering the impacts of the pandemic, the positive trend prior to Ford’s election has effectively flattened.

“Right now, frankly, we are heading in the wrong direction,” Harpalani said.

TAF commissioned a study, published last week, by Power Advisory LLC, a leading North American management consulting firm specializing in the electricity sector. The purpose was to produce an independent third party study into the viability of achieving a net zero electricity grid by 2035 in Ontario.

The study follows one by the IESO which predicted that by 2040, natural gas will make up almost a quarter of all electricity generation, resulting in an increase in emissions of 260 percent. Natural gas is the direction Ford and his PC government have decided to go in, despite the impact of methane, which is released as a result, in our atmosphere. The byproduct from the gas is widely believed by scientists to be even worse for the environment than carbon.

The IESO predicted through its 2021 Annual Planning Outlook that overall energy demand will increase at an average rate of 1.7 percent per year for the next 20 years. Due in large part to the rapid transition to electrification, demand will surpass supply in 2025-2026. This corresponds with what TAF is now reporting: that demand for electricity will increase 62 percent by 2035.

“Without a limited amount of new natural gas in the near term the IESO would be reliant on emergency actions such as conservation appeals and rotating blackouts to stabilize the grid,” the IESO Resource Eligibility Interim Report explains.

The Province’s decision to ramp up the use of natural gas was claimed to be a temporary measure while moving toward decarbonization of all sectors. 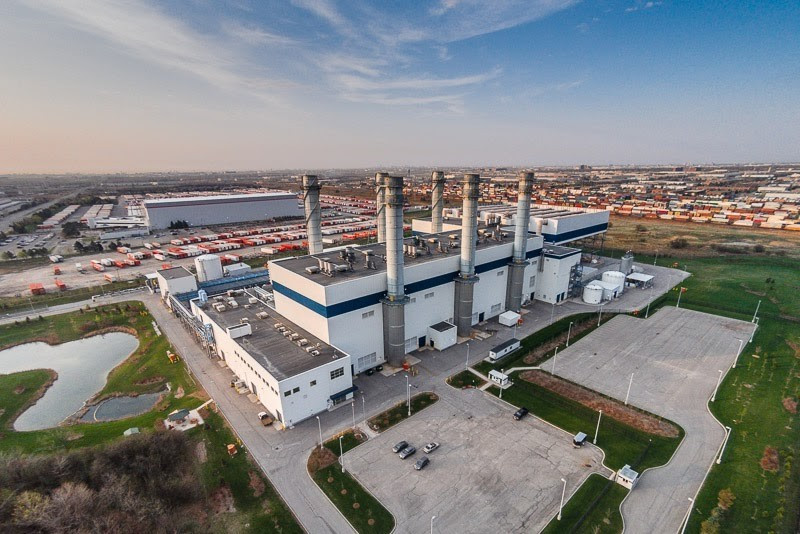 The choice to expand natural gas use is not surprising; the Ford government has repeatedly cancelled clean energy projects and after taking power in 2018 eliminated the electric vehicle subsidy, crippling sales of clean vehicles. Immediately after being elected in 2018, Ford cancelled the previous government’s cap and trade system as well as a massive wind farm in Prince Edward County. The cap and trade system imposed a hard cap on greenhouse gas emissions while giving flexibility to businesses and industries to meet those targets, with the intention of gradually lowering emissions. The abandonment of the cap and trade system revealed Ford’s priority: short-term economic gain over long-term environmental protection.

Cancelling the wind farm in Prince Edward County was one of the more than 750 cuts the PC government made to renewable energy projects in its first term. Speculation circled around the wind farm project as some community members were not happy with the construction of massive wind turbines near their homes. But Ford’s decision to cancel the project was rooted in the claim that Ontario already has enough electricity to meet demand. While this was true, the supply would not be able to meet future usage. He ripped out subsidies for electric vehicles and charging stations calling them a money grab for wealthy people who drive electric cars (he had no evidence to support his claim).

According to Harpalani, electricity decision making is at a critical juncture and there is no time to fool around by investing in more dirty energy infrastructure.

“What our report really shows is that if you want to build an affordable and reliable system, you really do need to be prioritizing investments on a number of fronts,” he said.

The three scenarios laid out by the study limit natural gas procurement to a maximum of three percent of the energy system. The remainder of the energy should come from a variety of sources including nuclear, wind, solar, hydro, and storage.

The study released by TAF shows the more sustainable way forward also happens to be the most cost effective.

“The price of gas is expected to increase because it's going to be increasingly exposed to an escalating carbon price,” Harpalani said. “You can make up a substantial portion of that expected demand that's coming online through investing in low cost renewables, which are by far the cheapest source of new supply.”

As of December, the average cost of new solar energy in Ontario is approximately $2,000 per kilowatt and the average cost of new wind energy is between $8,000 and $11,000 per kilowatt. As renewable energy sources have evolved, they have become more affordable. The price of natural gas is spiking following the Russian invasion of Ukraine and the implementation of various taxes to disincentivize use of the dirty product.

The maximum three percent of the power sector that should be the natural gas limit, according to the TAF study, is offered as a transition to a low carbon model and can be used to supplement alternatives and nuclear power during high demand times like mid-summer.

“We're not prescribing a specific way to offset those emissions or to get rid of those emissions,” Harpalani said. “We're basically leaving the door open and saying, ‘Look, you get the remaining emissions down to a manageable number and then when we get closer to 2035, we can figure out exactly how to add or get rid of the remainder’.”

A key factor in TAF’s modelling is the role of nuclear power. The first two scenarios presented take into account partial refurbishments of the Pickering nuclear plant that would increase nuclear generation while the third scenario does not.

Initially, the Pickering plant was set to close in 2025, but in late September the provincial government announced that it would stay in operation an additional year and it would assess feasibility of a complete refurbishment which could keep the plant in operation for an additional 30 years.

Nuclear power is a hotly debated topic among energy experts and environmentalists. Harpalani said the purpose of not adding nuclear into every scenario was to show that both with and without the additional procurement of new nuclear power, decarbonization is possible.

“There are things that absolutely are needed, apart from what ends up happening, as relates to the Pickering refurbishment, that we're not currently prioritizing at the moment,” he said. “The things that we can do right now, really thinking about what investments are needed in our transmission and distribution systems to enable both the ability for what we're calling distributed energy resources to be brought online, but also allowing for these sort of low cost large scale renewables to eventually be productive the system at the latter end of the decade.”

While it is important to make investments into low carbon technologies, TAF makes it clear that conservation still needs to be a part of our energy system. Harpalani pointed to a number of studies that show investments in energy efficiency — which can include high efficiency appliances, better building materials, etc — are lower in cost than energy required to meet an increasing demand.

TAF found that by following one of the three scenarios, emissions from the electricity sector could be reduced 85 percent by 2035, a stark difference from the over 400 percent increase predicted by the IESO. This not only pushes a commitment to a clean electricity grid but helps aid in decarbonizing all sectors.

TAF is planning to bring its report to the provincial government with the following six recommendations: