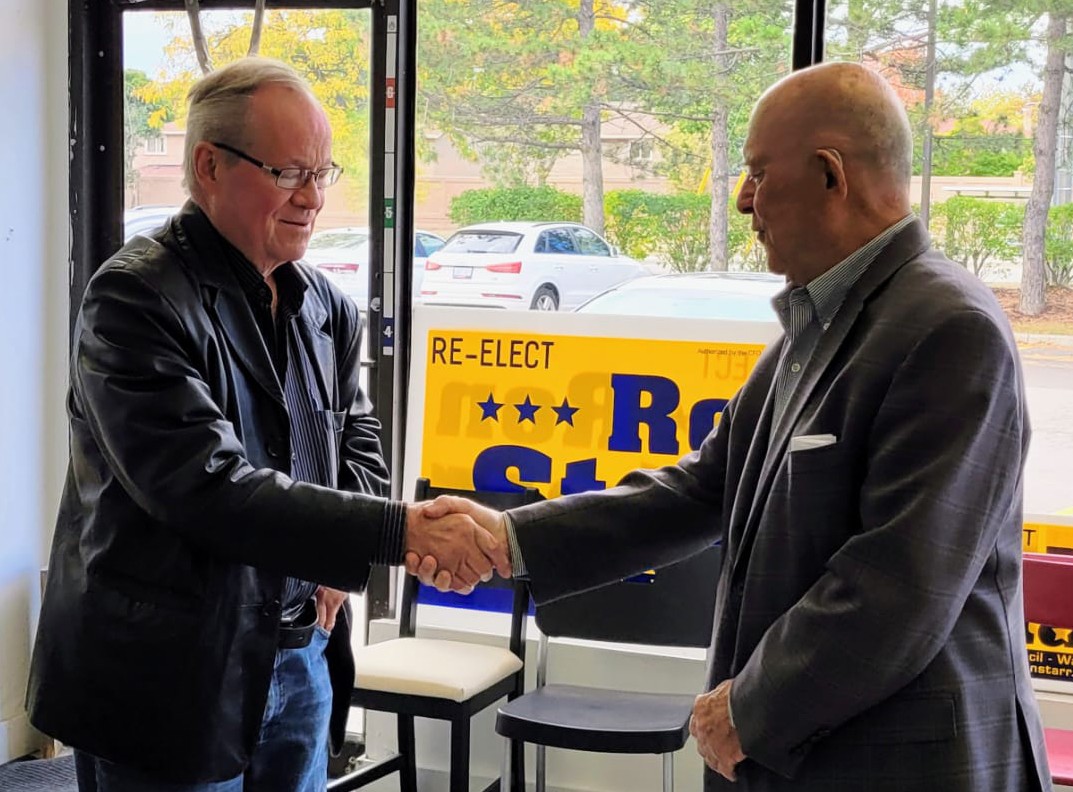 Fromm visited the opening of Starr’s election headquarters on September 17. Images of the event were posted on Starr’s Facebook campaign page last week. The images of Starr and Fromm have since been removed from the page (Fromm still has one of the photos on his website).

Starr told The Pointer he was unaware that it was Fromm at the time and that he has never had any association with him, adding Fromm was one of hundreds of people that came to the campaign office opening.

It wasn’t until the image was brought to his attention by the media that Starr learned who he was standing alongside in the photos, adding it was “a complete shock”.

“I wasn't aware who he was. I wasn't aware… of his association with racism and white supremacy,” Starr said. “It was a shock to me.”

One photo posted on Starr’s Facebook page shows the Ward 6 councillor shaking hands with Fromm, and another appears to show Starr speaking with him. A photo also appeared on Fromm’s website, which was accompanied by a statement that claimed he was invited to attend the event. 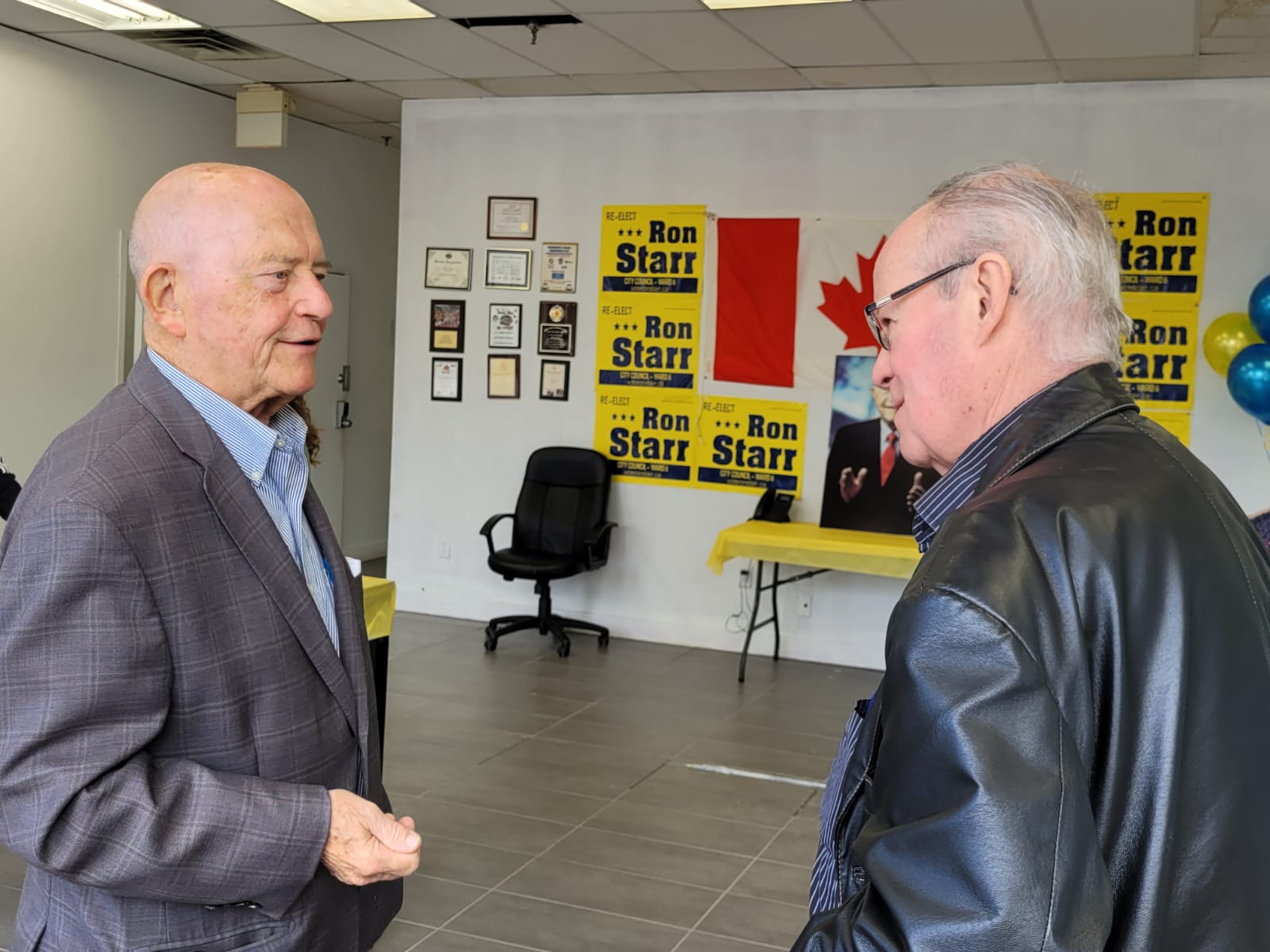 “I accepted an invitation and visited the opening of the election HQ of longtime Mississauga councillor Ron Starr,” Fromm’s statement reads. “I knew him over three decades in Mississauga politics. He’s a common sense voice and still uses largely signs on wooden stakes. I wished him all the very best in seeking a fifth term.”

Starr, who has co-chaired the City’s Diversity and Inclusion Advisory Committee, denies that Fromm was invited to the event and contends that he is not on any of his email campaign lists.

A general email from his campaign office and a public post from Starr’s Facebook page welcoming the public to the office opening went out days before the event, Starr said.

Since becoming aware of the photos, Starr says he has asked Fromm to remove the statement from his website, which appears to be an endorsement of Starr, noting he does not want to be associated with Fromm and his ideals.

Fromm, who is currently running for mayor of Hamilton, ran for the mayorship of Mississauga in 2010 and again in 2014, and made various other attempts to win public office in the city while promoting a platform of white supremacy and a campaign to stop what he considered “mass immigration” to Mississauga and Canada.

He has honoured Ku Klux Klan leaders and for decades extolled the virtues of racial cleansing to rid Canadian society of what he believes to be impurities.

“If I had known this person and his reputation, I personally would have kicked him out of my office,” Starr said. “I do not stand for that bigotry, for racism, for hatred.”

“I was just appalled by it and I would not have allowed them on the premises,” he added. “I don't share any views or ideologies.” 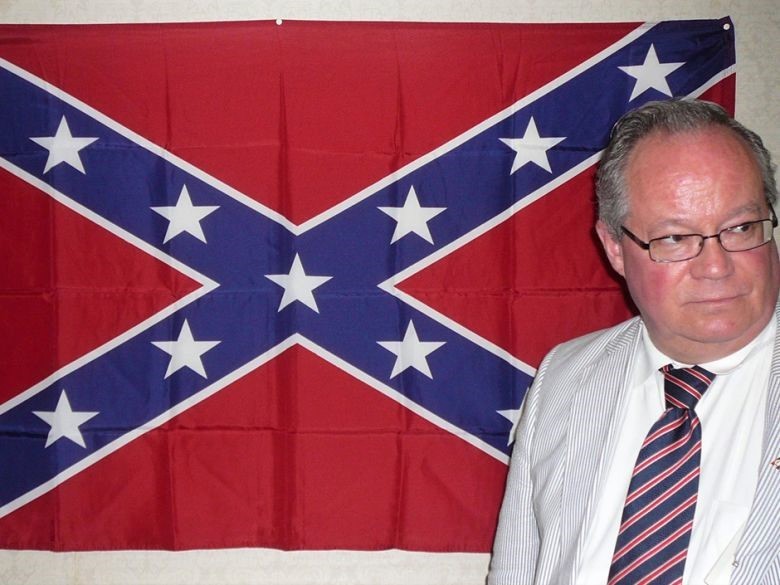 Fromm was a school teacher with the Peel District School Board for more than two decades, even while he openly espoused deeply racist views, before his teaching certification was finally revoked in 2007 for failing to maintain professional conduct.

As noted in a previous article from The Pointer, the longtime Mississauga resident received alarmingly wide support when he ran for election, first as a trustee candidate in 1976 successfully, then unsuccessfully as a federal candidate in Mississauga East in 1988 and then again when he was defeated in 1997, but won ten percent of the vote in the municipal election to select PDSB’s trustees.

Fromm has also been the driving force behind a number of groups embracing extreme right-wing views, including the Canadian Association for Free Expression, Citizens for Foreign Aid Reform, and Canada First Immigration Reform Committee, which advocates against multiculturalism and non-European immigration.

He once infamously told The Globe and Mail his views on creating a “supreme race” through selective breeding and was a prominent member of the same white supremacist group that influenced the man who murdered nine Black people in a South Carolina church in 2015.

Much of Fromm’s success in the education and political systems came during a time when Mississauga identified as a predominantly white community, but the landscape has since evolved into a diverse mix of identities and cultures.

Mississauga is now home to one of Canada’s most rapidly diversifying populations. According to the 2016 Census, 57 percent of the city’s residents identified as a visible minority.

Having now learned who Paul Fromm is and his affiliations, Starr said he is now working with his campaign office to disassociate himself from Fromm’s website and has since taken down the photos from his Facebook page.

“Once we found that out, we tried to take the action,” he explained. “I think we've done what we can to say we have no association.”

Starr was first elected to the Ward 6 position on Mississauga’s council in 2010. Before that, he also served as Mississauga’s Ward 7 councillor from 1978 to 1980.

Starr was accused of harassment by former councillor Karen Ras, who stepped down early in the year. 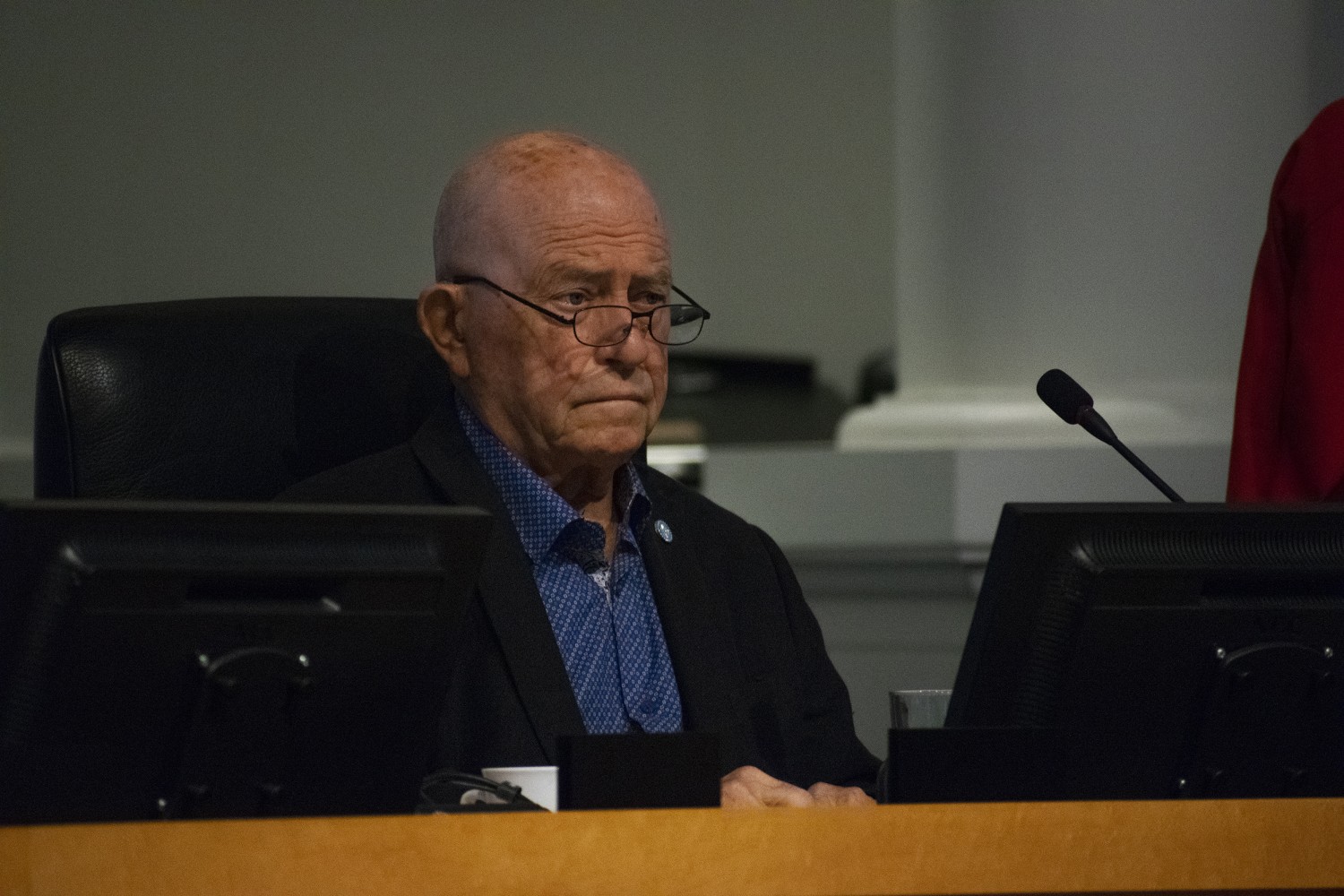 A drawn-out investigative process unfolded and the City’s integrity commissioner eventually found Starr, on a balance of probabilities based on available evidence, keyed Ras’ car once, recommending council dock Starr’s pay for 60 days as a result.

Starr has denied the allegations and is currently challenging the integrity commissioner’s findings through the court.

During a discussion on The Pointer’s Ballot Vox podcast, Starr stated, “I am challenging the integrity commissioner because the evidence as per the public statements by our lawyers do not indicate that anything did happen, and I have taken the position that nothing did happen.”

In June, Starr registered to run for reelection in the October 24 municipal race despite his ongoing legal challenge.

He is running against Joe Horneck (who he narrowly defeated in 2018 and who was recently endorsed by Mayor Bonnie Crombie) and Muhammad Kamil.