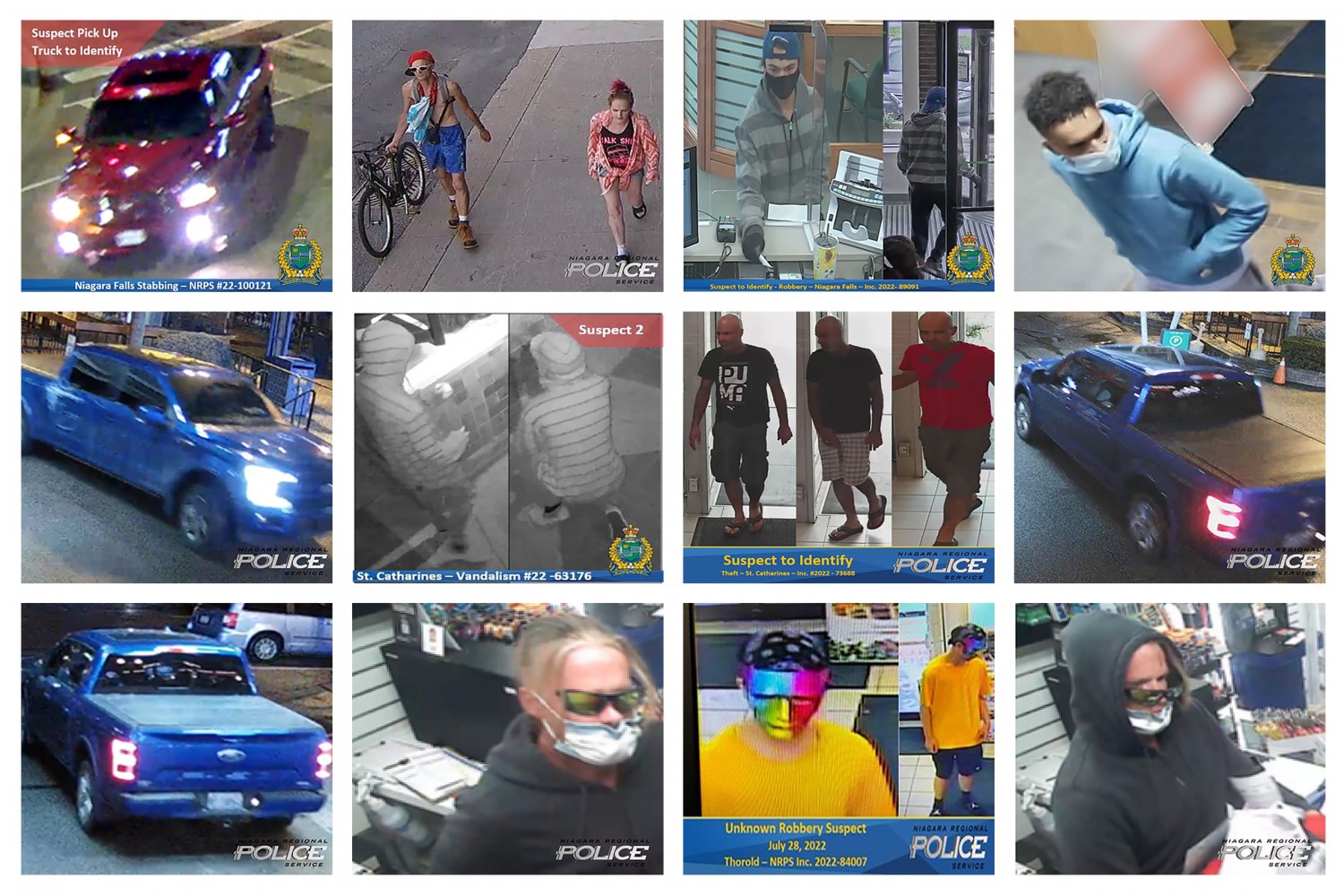 Over the last two decades, the Niagara Regional Police Service has been able to evict some incredibly dangerous criminal enterprises from within its jurisdiction.

In a much-publicized 2006 bust dubbed Project Tandem, the Niagara police, along with the Ontario Provincial Police and numerous other forces across the province initiated a series of raids that resulted in the arrest of 15 members of the Hells Angels.

Some senior members of the organized crime syndicate received lengthy prison sentences and in January of 2020, after the case slowly wound its way through the courts, the OPP announced that the fortified clubhouse that was the outlaw biker gang’s base of operations in Niagara—previously located on Darby Road in east Welland—had been demolished after being seized as part of the investigation.

The Niagara Regional Police Service (NRPS) have also seen success in pushing back the presence of other notorious gangs like North Preston’s Finest, based in Halifax and one of Canada’s most prolific gangs when it comes to human trafficking, as well as the Outlaws Motorcycle Club. A raid on the gang’s clubhouse in April of this year resulted in the seizure of 159 grams of cocaine, $20,000 in cash and illegal weapons. Two men were arrested.

While gang activity remains a key concern for the police service, and gangs like the Hells Angels have reestablished a presence in the region, the times are changing. Gangs are becoming more transient, sending members from home bases in the Greater Toronto Area, into Niagara Region to establish territory—often violently—before hastily moving out when law enforcement closes in.

“These are mobile and transient gangs who set up for a few days to engage in illicit activity and then return to Toronto and the GTA before law enforcement can bring them to justice,” reads an application for funding sent from the NRPS to the Province.

That funding, approximately $175,000, was recently approved by the Ministry of the Solicitor General, and will be used to install an additional 32 CCTV cameras in “hot spot” locations in St. Catharines and Niagara Falls. There are currently 80 such cameras installed across the two cities. These cameras are incredibly useful for investigators to help identify potential suspects and witnesses and capture license plate information of vehicles involved in illegal activity. 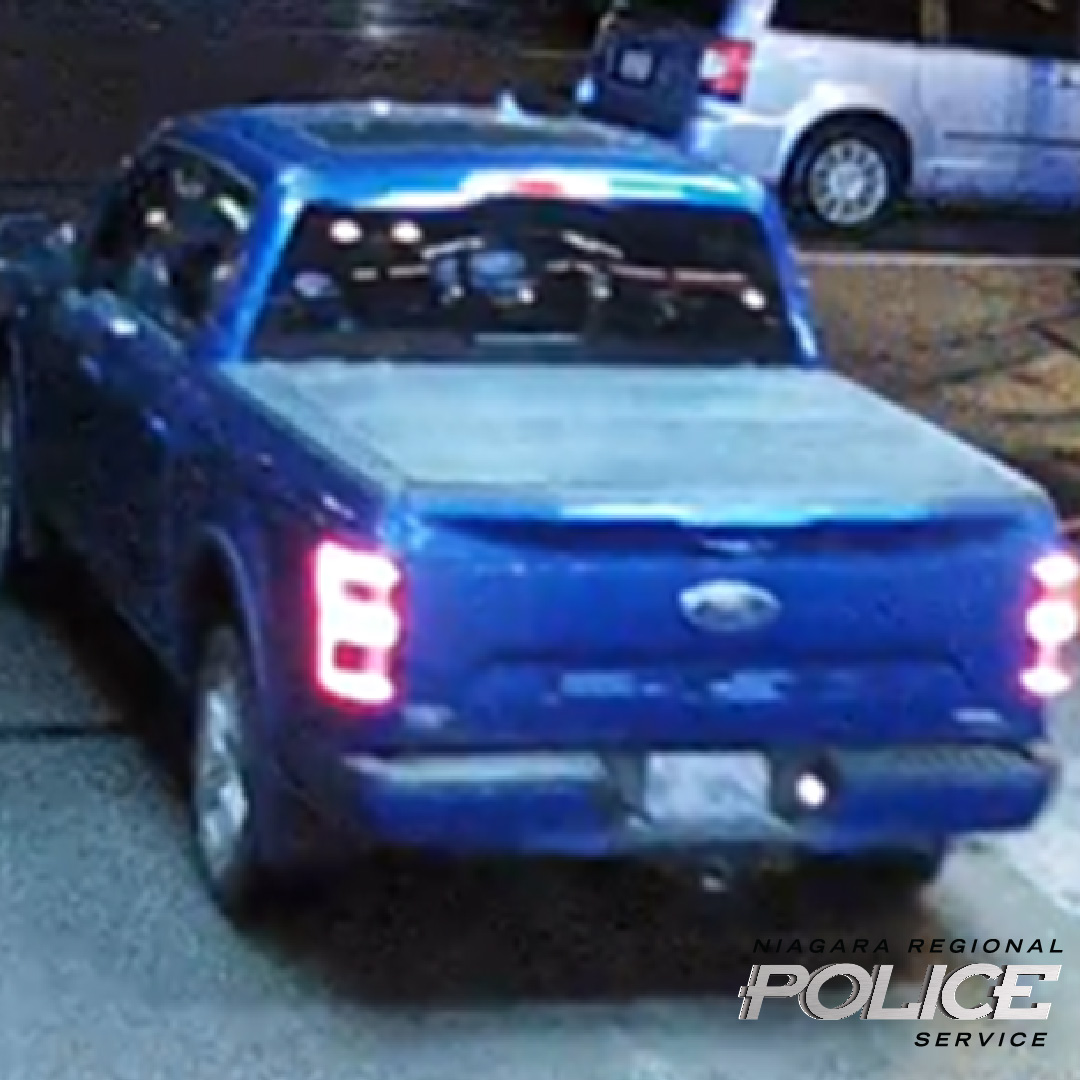 CCTV cameras are a common tool for police services across Ontario and can be used to capture license plate information of vehicles, like this truck allegedly involved in a shooting in April.

“Our intent is to make Niagara an unwelcoming municipality for mobile gangs from the GTA area,” the NRPS application states.

According to the NRPS, the violence associated with battling gang factions has been increasing in recent years, including an “alarming” growth in drug and human trafficking activities.

Prior to the pandemic, the “increase and pervasiveness” of these crimes was particularly significant in Niagara’s tourist areas. It’s expected things will get worse post-pandemic.

“Now that we appear to be in a semi-post COVID period the government has lifted the lockdown sanctions over the last six months, we expect to see a significant increase in human trafficking, drug activity, along with the associated territorial violence in our community and tourist areas,” the NRPS application states.

This increase in gang activity, particularly human trafficking, was recently raised in a report from the Ontario Associations of Chiefs of Police.

“Human trafficking continues to be one of the most profitable criminal acts perpetrated by organized crime. Due to its clandestine nature and the fact that many victims are reluctant to come forward, human trafficking remains low risk with a high reward for organized crime to exploit,” the Out of the Shadows report states. “Many of the components of human trafficking occur out of the public eye proving difficult for law enforcement bodies to detect.”

These difficulties were exacerbated by the pandemic, as lockdown restrictions kept people indoors and could have prevented victims from coming forward, or made it difficult to escape. It’s a crime that has a significantly disproportionate impact on women.

The vast majority of trafficking victims are women, and according to the United Nations the pandemic has been particularly hard on them. A staggering 114 million people lost their jobs across the globe in 2020, the majority of them were women. In Canada, 95 percent of trafficking victims are women and girls. The statistics are already suggesting more people are being exploited by traffickers because of the conditions created by the public health crisis.

An April 2020 analysis completed by Polaris in the U.S. studied two 30-day periods before the shelter-in-place orders were enacted on March 15th that year and compared them to one 30-day period after the emergency orders. It discovered crisis calls to the Human Trafficking Hotline increased almost 50 percent, from approximately 60 in a typical 30-day period before the pandemic, to 90 during the emergency declarations. Crisis situations include anything from someone in desperate need of shelter to escape a trafficker, to a lack of mobility to get out of a dangerous situation that requires police assistance.

“One of the systemic issues that forces individuals into human trafficking is poverty, and with the increase in poverty around the world and within Canada, we’re going to see a lot more of this exploitation happening,” Barbara Gosse previously told The Pointer. Gosse is the former CEO of the Canadian Centre to End Human Trafficking, and executive director of Trellis Canada, a national not-for-profit looking to improve government policy surrounding modern day slavery. “Individuals who are extremely poor and are living in subsistence are doing whatever they can and they are at a higher risk of exploitation in that case.”

While drug and human trafficking are projected to increase, violent crime has been on the rise in Niagara for at least the last five years.

These incidents in Niagara have been increasing since 2017. According to data from Statistics Canada, violent crimes have risen from 2,719 incidents in 2017 to 4,166 in 2021, an increase of 53 percent in four years across the region. This is more than five times the rate of increase for violent violations across the province which have gone up 10 percent since 2017.

The territorial gang disputes in Niagara have contributed to this increase. According to NRPS, since 2018, there have been 32 violent firearm incidents related to GTA gang activity. This includes a shooting outside Karma night club in St. Catharines in September 2019 that left six people injured, and a shooting on Halloween 2020 at Jack’s Cantina in Niagara Falls that left three people hurt. In April of 2022, three men were shot, one fatally, on Clifton Hill in Niagara Falls, a popular tourist destination. NRPS has confirmed the shooting was a result of a territorial gang dispute.

The provincial funding will cover half of the $350,674 project cost. The NRPS will cover the remainder of the money.