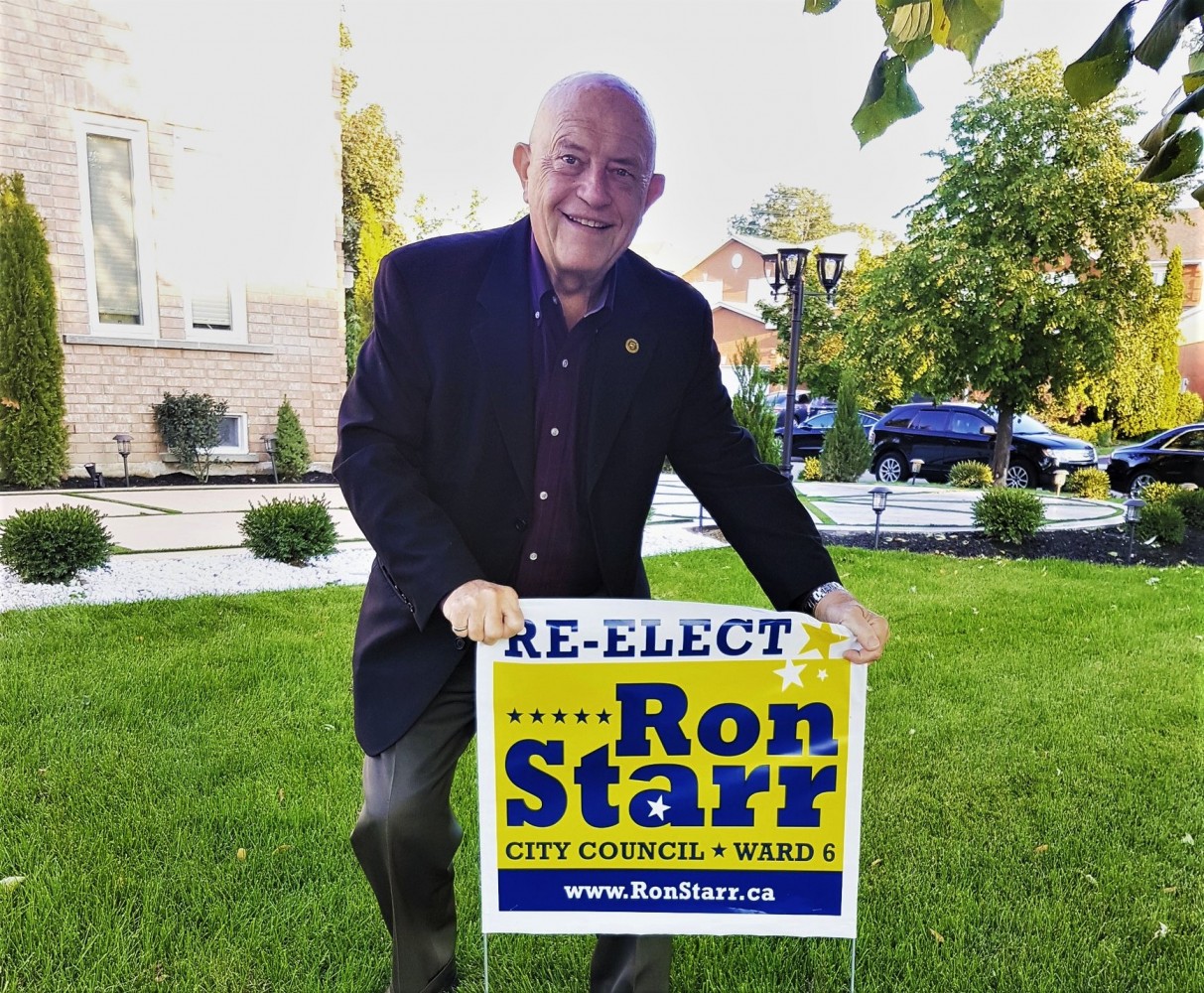 Councillor Ron Starr is seeking reelection despite being in a legal battle with the City of Mississauga.

On June 27, Starr completed his application to run in Ward 6 for the upcoming municipal election on October 24. He is the fourth registered candidate in the riding, running against Joe Horneck (who he narrowly defeated in 2018), Muhammad Kamil and Sachin Ryan Kharbanda. Starr was first elected to Ward 6 in 2010 and previously held the Ward 7 seat from 1978 to 1980.

Starr filed legal action against the City of Mississauga to prevent the publication of an integrity commissioner’s investigation report on allegations he keyed former councillor Karen Ras’s car repeatedly in a City Hall parking lot between mid-2019 and April 2021. 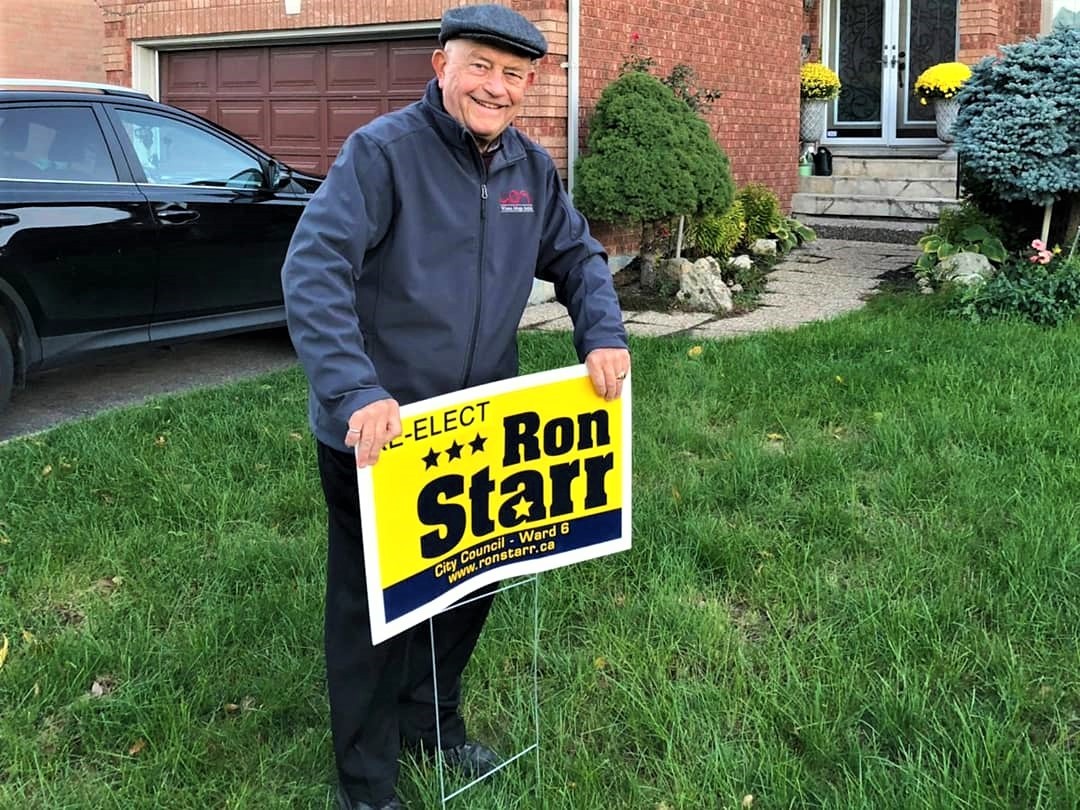 Despite allegations of harassing a former councillor hanging over him, Ward 6 incumbent Ron Starr is running for reelection.

In February, Robert Swayze, the city’s integrity commissioner, said it would be “weeks, not months” before the report would be issued.

Delays caused by new information coming forward meant the report was not ready until recently, when Starr took action to prevent its release.

Police obtained footage of a man gouging lines in a vehicle from a City Hall parking lot closed circuit camera installed in April 2021 but did not lay charges.

Andra Maxwell, Mississauga’s solicitor and director of legal services, told The Pointer a court date to deal with Starr’s application to prevent the City from publishing the investigation report will be finalized soon.

“The parties will be attending a Case Conference before Justice [Michael G.] Emery tomorrow morning, June 29th, to continue discussions regarding scheduling dates for the hearing of the Application and a timetable for the exchange of materials,” she said.

There could be a number of concerns Starr has with Swayze’s investigation report. Previous complaints against findings by integrity commissioners revolved around the ability of council members to determine innocence or guilt and punishment. A criticism of the process, which is not part of the court system, is that it does not allow investigation subjects like Starr to defend themselves against what can become a politically motivated form of justice.

The investigation is a pressing issue for local constituents  who want to see the integrity commissioner report before making a decision in the October 24 municipal election.

Now that Starr has registered for reelection, it means Ward voters might be asked to make a decision without knowing if the incumbent did or did not harass a former councillor. Ras stepped down from Council early in the year, citing stress and another job opportunity, then later speaking out about the alleged harassment and naming Starr as the person allegedly behind it.

She also criticized Swayze for ignoring her complaint to him. Swayze had claimed he was not able to investigate because the police were involved, but there was nothing preventing him from doing his own probe after the police concluded its work (no charges were brought forward).

Council eventually passed a resolution that makes it clear the integrity commissioner going forward is to continue any investigation that is postponed due to a police probe, once that work is completed.

Swayze submitted his findings to Starr last month and on May 31, council members received a letter from Starr’s lawyers Emilio Bisceglia, Adriana Di Biase and Battista Frino which stated Starr was filing an application with the court to prevent the public release of the findings.

If successful, it would prohibit the integrity commissioner from making public the version of the report Starr received. Council would not be allowed to receive it or make any possible decisions about any potential punishment. Starr is also seeking an order from the court to revoke Council’s February 2 decision when it ordered Swayze to investigate the allegations in the first place. The injunction request asks that Council be prevented from receiving, debating and voting on the report’s findings.

Because the matter was discussed in-camera no details about why Starr filed the injunction are available.

Starr, who was present for the public part of the meeting at the time, declared a conflict of interest prior to the closed session and did not participate in discussions around the matter of his court application at the end of May.

Starr was supposed to receive the integrity commissioner’s report in advance of it being made public, a common practice to ensure the individual being investigated has an opportunity to respond to any aspect of the report that he or she does not agree with, and possibly have the report amended.

After an in-camera meeting with Maxwell, Council asked her to write a response on its behalf opposing the injunction and to “expedite the hearing.”

Mississauga councillors moved a motion to “take all steps possible” to fight the injunction quickly due to the looming election.

Between August 19 and October 24 there is a blackout period for the election which prohibits council from dealing with significant matters close to voting day. Elected members have said there is significant public interest in the matter and it should be dealt with before the blackout period, otherwise voters will be forced to make a decision on October 24 without the integrity commissioner’s findings.

The Pointer reached out to Starr about his decision to seek reelection while he is attempting to block the public release of information around the allegations against him. He did not return emails or calls.

Joe Horneck, Starr’s closest rival in 2018 who lost by 347 votes, and is running against the Ward 6 incumbent again, told The Pointer he believes the behaviour is disturbing.

“No one should have to deal with their colleague acting like this, and we definitely deserve to hear from the integrity commissioner who's looked into this,” Horneck said. 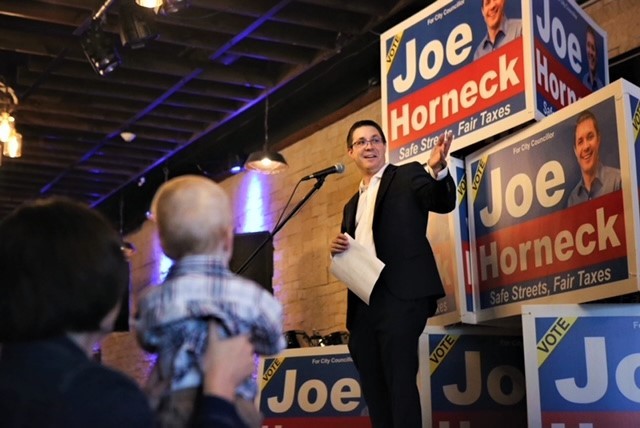 After Starr filed the injunction request he broke his silence on the matter, denying all allegations made against him.

“I have kept silent during this time in order to respect the process and the role of the Integrity Commissioner. However, I cannot stay silent any further,” Starr wrote in his statement. “I will reserve my comment only to state that I have grave concerns about the way this investigation has been handled by both City Council and the Integrity Commissioner as I do not believe that this process has been fair and impartial.”

In a previous statement to The Pointer, Kathryn Marshall, Ras’s lawyer said, “My client and I are disturbed by Mr. Starr’s attempts to block the Integrity Commissioner’s report from coming out.”

“Ms. Ras has waited long enough for the Integrity Commissioner to investigate this serious matter and for the report to come out. We are asking Council to release the report without further delay.”

Horneck says the residents of Ward 6 are concerned the report will not be made public before the August 19 deadline, when certain matters are suspended until after the election.

The candidate said he’s not interested in “mudslinging” with Councillor Starr over the allegations and wants voters to focus on key campaign issues like affordability and road safety.

“People obviously have an interest in it, but it's certainly not going to be my focus,” he said.

Maxwell, the City’s solicitor, previously told The Pointer Starr asked for a “sealing order” which would mean the documents filed in court would not be publicly available and the public would be excluded from hearings.

The scope of the sealing order will be discussed tomorrow, June 29, as part of the application hearing with a judge.