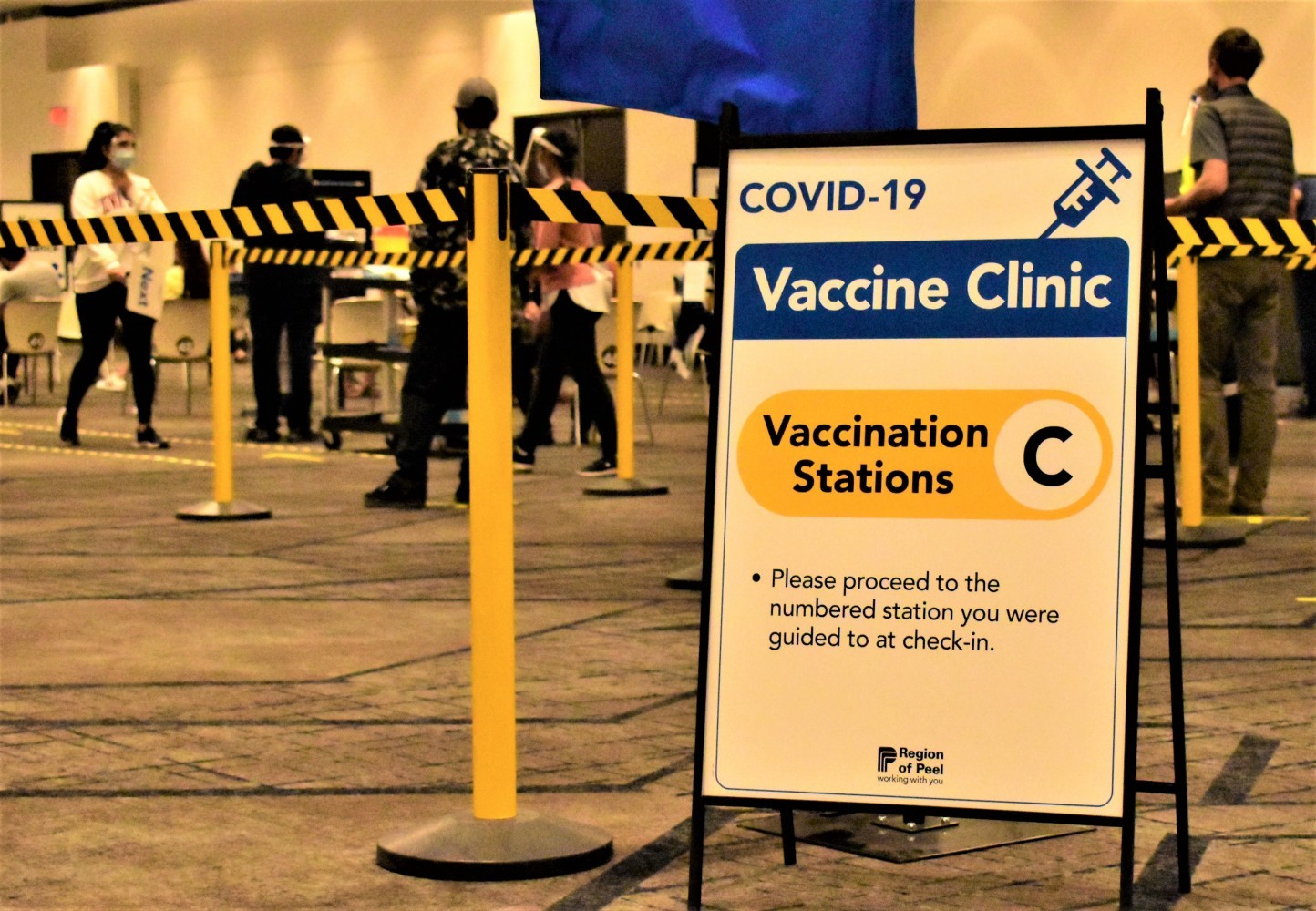 Eight months ago, the Region of Peel had a $38.5 million surplus from provincial and federal government assistance to cover costs associated with the ongoing response to the COVID-19 pandemic. At the time, staff believed the money was enough to continue the vaccine rollout and transition the region to the next stage as we moved closer to the end of the pandemic.

Peel, a hotspot for COVID-19 since the start of the public health crisis, required officials to manage more than 2,000 new infections each day. When the Omicron variant spread rapidly prior to the winter of 2021, infections skyrocketed to numbers well above anything observed prior during the pandemic. It strained public health, hospital and first responder resources—and it was incredibly costly.

Peel Public Health (PPH) ramped up its vaccination efforts, and continued to stress the importance of other public health measures to help residents see the light at the end of the tunnel. Now those fearless heroes (nurses, doctors, paramedics, personal support staff, warehouse workers, truckers and more) can rest a little easier as infections continue to wane. But for Peel finance staff, the bill has come due.

In a report to Regional council on June 9, staff outline the difficulties for Peel in the coming years. Staff predict regional services will be restricted until 2023, and delays from both the 2020 and 2021 budget will need to be spread out over the next five years.

“With the end of the state of emergencies for both the Province and Peel, services are beginning to plan for more ‘normal’ service delivery in 2023 recognizing there will be a period of transition,” the report states.

According to a Peel Region spokesperson, the municipality is doing all it can to ensure vital programs in things like public health, housing services and mental health and addictions are not impacted in the coming months.

“No programs are being limited because of increased spending due to the pandemic,” a spokesperson states, noting that of regional departments, Public Health has been forced to make the most changes.  “For example, school immunizations could not happen during COVID-19, but Public Health has already developed plans to catch up on backlogged work such as the school immunization program over the next year or two.”

According to staff, the onset of Omicron in late 2021 created a $46.5 million deficit, and the Region is currently unsure how it will make up that amount. Between the mass vaccination program (MVP) being kicked into high gear and the “extraordinary” costs related to the pandemic, Peel is looking for upper levels of government to make good on promises to foot the bill.

“The Provincial and Federal governments have financially ensured local governments are well supported through the extraordinary costs incurred through the pandemic,” a spokesperson said. “Based on this support continuing, the Region does not expect to have a deficit in 2022.”

That is if both upper levels of government continue to support municipalities in the post-pandemic era.

PPH and its team of practitioners, nurses and coordinators have done their best when constantly given peanuts. From the onset of the pandemic, Peel was provided few resources for testing, despite having some of the highest case counts in Ontario

This lack of funding is not new to the Region of Peel. Per capita, the Region receives less funding from the provincial and federal governments for vital services like public health—a reality the Region has dealt with for years. Anything from mental health services, housing, public health spending, opioid crisis management to infrastructure, Peel receives much less compared to other similar-sized municipalities. The pandemic is just the latest item the Province has left Peel to fend for itself.

The October 2021 report noted the low funding pattern from the Province has been consistent since 2013.

“Even after Provincial funding adjustments in 2016 and 2017, in 2018, Peel Public Health was provided with approximately $40 per capita, while York, Toronto, Ottawa and Hamilton were provided with $50, $63, $47 and $52 per capita, respectively,” the report reads. “Public Health’s Provincial funding has remained stagnant since 2018 and a similar amount is projected to continue into 2022.”

In two years, Peel has managed 180,000 cases of COVID-19, investigated links of COVID-19 in workplaces, and schools and had shut down Brampton’s Amazon warehouse for two weeks to protect employees and the community. Staff have worked with the local municipalities to allocate 3.3 million vaccines over multiple rollouts and advocate for services to assist everyone in the Region with understanding the vital importance of getting the vaccine—including those with language barriers.

PPH continues to offer vaccinations to all residents five and older at various locations, and is continuing a communication campaign into 2022.

For 2022 staff believe the end receipt will total $81.2 million for the vaccine rollout and $31 million for further costs, including enforcement measures, signage, contact tracing and communication to the public. The $112.2 million bill has $65.7 million in funding already earmarked, leaving the $46.5 million gap.

“Staff believe there is a high probability that all of the eligible MVP costs will be funded by the Province; there is less certainty that all of the COVID-19 related costs will be funded,” a regional spokesperson said in an email. “Advocacy for the unfunded portion of the mass vaccination costs and other incremental COVID-19 related costs needs to continue to ensure Peel receives funding for these costs and remains financially healthy.”

The spokesperson also noted funding for the MVP did not come until late in 2021, “so there is a good chance the Province will do the same for 2022.” 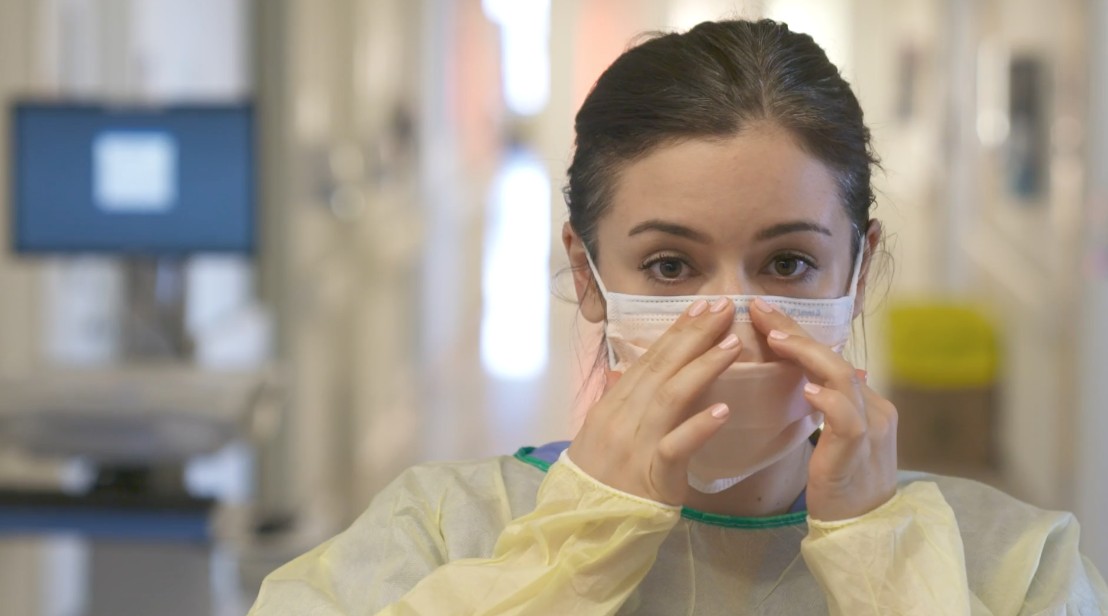 Nurses across the province felt the brunt of COVID-19, resulting in many leaving the profession.

Considering the Ministry of Health has committed to less than half of the costs, Peel staff have started pushing for more funding.

“The MOH has indicated that there might be another funding announcement later on in the year for the MVP, but there has been no additional information received related to extraordinary COVID-19 related costs,” the June 9 staff report reads.

The costs of COVID were a contributing factor in hundreds of millions of dollars in capital projects being delayed by the Region. For example, an estimated $429 million in water-related infrastructure projects, including repairs to pipelines and building of new pumping stations was pushed until 2022.

During the 2022 budget discussions, Regional councillors largely pointed fingers at Queen’s Park and its lack of pandemic investments for Peel. Despite a tax increase of 1.5 percent and an overall budget increase of 3.8 percent, Peel is still pinching pennies.

Staff who have been managing the Region’s spending since the beginning of the pandemic know funding is desperately needed. With its dense population, many multigenerational households and a large workforce unable to stay home during the pandemic’s riskier periods, Peel quickly became a COVID-19 hotspot. By almost every public health metric Peel has been the worst in the province for much of the pandemic. Cases per 100,000: Peel overshadows Toronto by 28 percent for figures from the beginning of the pandemic until March 11, 2021. Test positivity: Peel’s second wave peaked at 14.1 percent (January 7, 2021) compared to 10.2 percent (January 5, 2021) in Toronto.

Peel and the City of Toronto hold the record for the longest lockdown in Ontario. Even when vaccines came into play, the Region was yet again ignored by the upper governments.

The three municipalities making up Peel account for 9.8 percent of Ontario’s population according to the 2021 census, but during the early days of the vaccine only obtained 7.4 percent of the doses.

Dodging vaccine allocation to the Region continued until early May when the Province gave Peel resources to administer vaccines to everyone 18 years and older.

Now, almost 90 percent of everyone five and up are double vaccinated, and Peel’s case counts look different.

In the past week, Peel has seen about 11 hospital admissions per day with 50 people in hospital. The positivity rate is a manageable 8.1 percent with the virus detection in wastewater declining.

As COVID-19 fades into the background of everyday normalcy (as experts predicted would happen in two years) the next step for municipalities is regaining control of budgets and hoping the Province will step up once again.