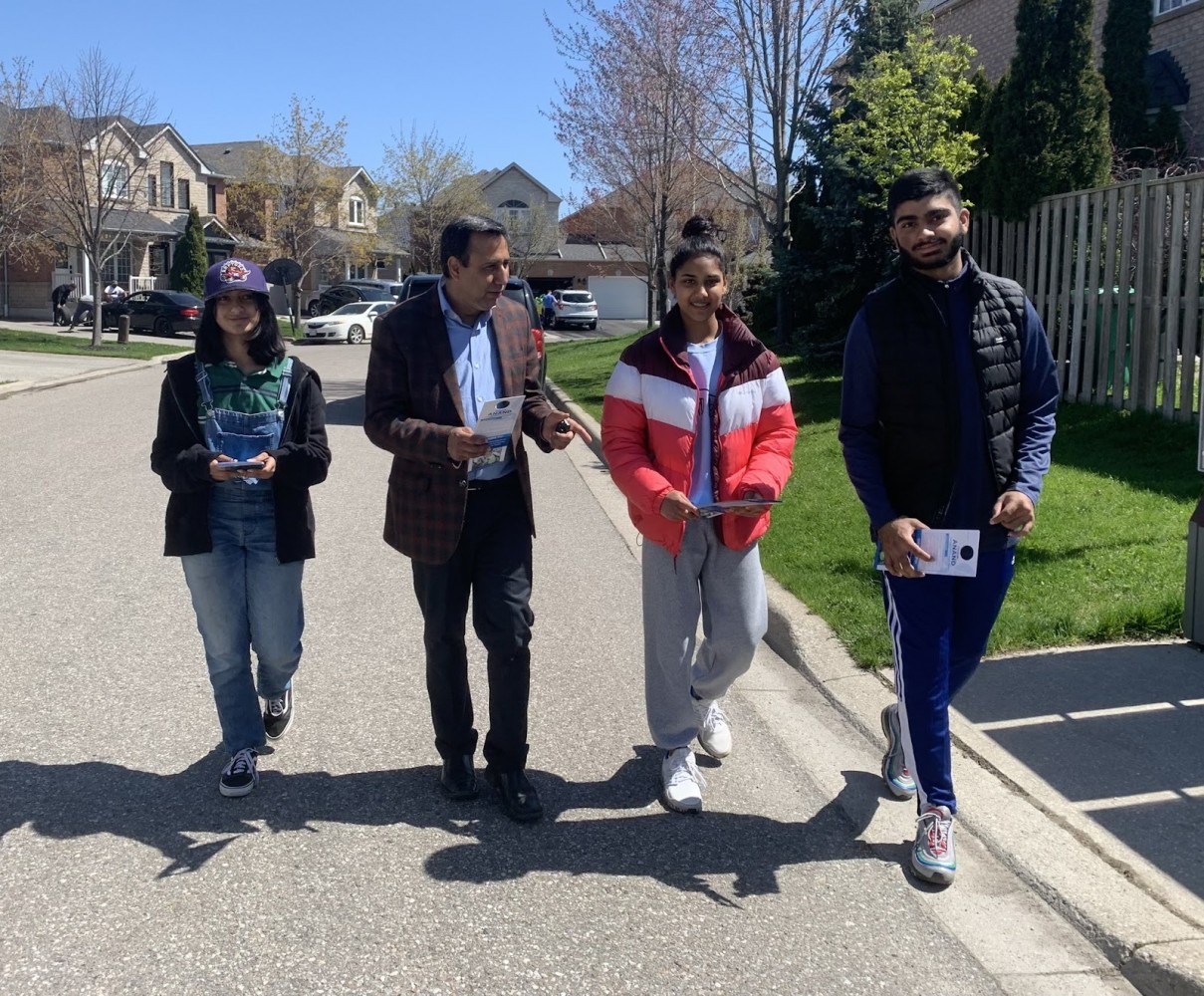 As a first time politician Deepak Anand found a balance between advocating for his Malton constituents and remaining loyal to his PC Party’s platform, even when the two considerations were at odds with each other.

As an MPP he stood inside Queen’s Park to speak a total of 327 times, 73 included mention of his unique riding. The vast majority of residents in Mississauga—Malton live just north of Pearson International Airport which creates not just a physical barrier between the community and the rest of Mississauga, it often cuts off Malton from the rest of the city socially and politically. The riding has grown into a dynamic and diverse area but its isolation brings unique challenges.

Anand is seeking reelection on June 2 and the PC candidate, who has not offered voters much of an individual platform to map out his priorities for Malton, will instead have to be judged by electors based on his four-year track record.

Bill 231, the Protecting Ontarians by Enhancing Gas Station Safety to Prevent Gas and Dash Act (2020) is one piece of legislation Anand has been working on. It has not passed through the standing committee on social policy yet, but could become law shortly after the next legislative session begins after the June election.

His first big speech in the legislature came July 25, 2018 when he brought up youth unemployment, an issue plaguing many of his constituents.

“In my riding of Mississauga—Malton, the youth unemployment rate is approximately 25 percent, and 28 percent of youth in Malton feel excluded and are not involved in any extracurricular activities. Both these figures are higher than the city average,” Anand said.

Very early on he brought up these statistics to illustrate how unemployment affects his riding. After high-profile incidents in Malton involving gang-related activities and other day-to-day examples of violent crime involving youth, Anand expressed concern over the plight facing many young people in his riding; Mississauga—Malton has the largest population of non-adults in Mississauga, a statistic he mentioned often inside Queen’s Park.

Anand focused his efforts on connecting young people with further training and employment opportunities particularly for skilled trades which employ a large portion of residents in the riding.

“I am presenting this motion to solve this issue for my riding, and hopefully we can solve the issue in the rest of the ridings as well. This motion is intended to resolve the lack of communication between youth and employment opportunities,” he said in Queen’s Park August 9, 2018. “There’s huge potential to decrease the youth unemployment rate by simply connecting youth with current community employment resources. I’m here to ask, let’s fill that gap.”

Unlike many of his PC colleagues, Anand broke ranks a handful of times when he boldly called out his own Party to do more for his constituents.

“To be honest, the main fault for youth unemployment is somewhat with us,” he said.

Anand has two children and called on his experience as a father to address the need for better educational pathways to confront youth unemployment.

He spoke inside the legislature about science, technology, engineering and mathematics (STEM) based opportunities and prioritizing commitments from local businesses in Mississauga—Malton to allow continuous learning for employees.

He also advocated in support of Bill 68, the Ontario Comprehensive Police Services Act (2019). The piece of legislation impacted the ability of the public to hold policing oversight bodies accountable and was met with criticism from many members of Ontario’s Black communities who have suffered from disproportionate policing and targeting through carding and use of force (statistics in Peel show Police use both practices on Black residents at about three times the rate compared to the general population). Anand voiced concern on behalf of his constituents but in the end supported the controversial Bill, a common tactic of his, which saw the first-term MPP generally stick to Party lines, even when it didn’t serve Malton residents well.

“Mr. Speaker, trust and confidence are the two important characteristics of effective policing policy, and the people of Ontario must trust the police to keep our communities safe,” he said. But he did next to nothing to ensure community “trust and confidence” would inform the outcomes of the legislation.

Anand also raised Interim Place and the efforts the local organization undertakes to keep women and girls safe from violence. It was a common issue of concern for many in his riding but, once again, he failed to connect words with action.

Anand mentioned events, organizations and companies in his riding, such as SodaStream and its investment in a local manufacturing facility that created 28 jobs for Mississauga—Malton residents. 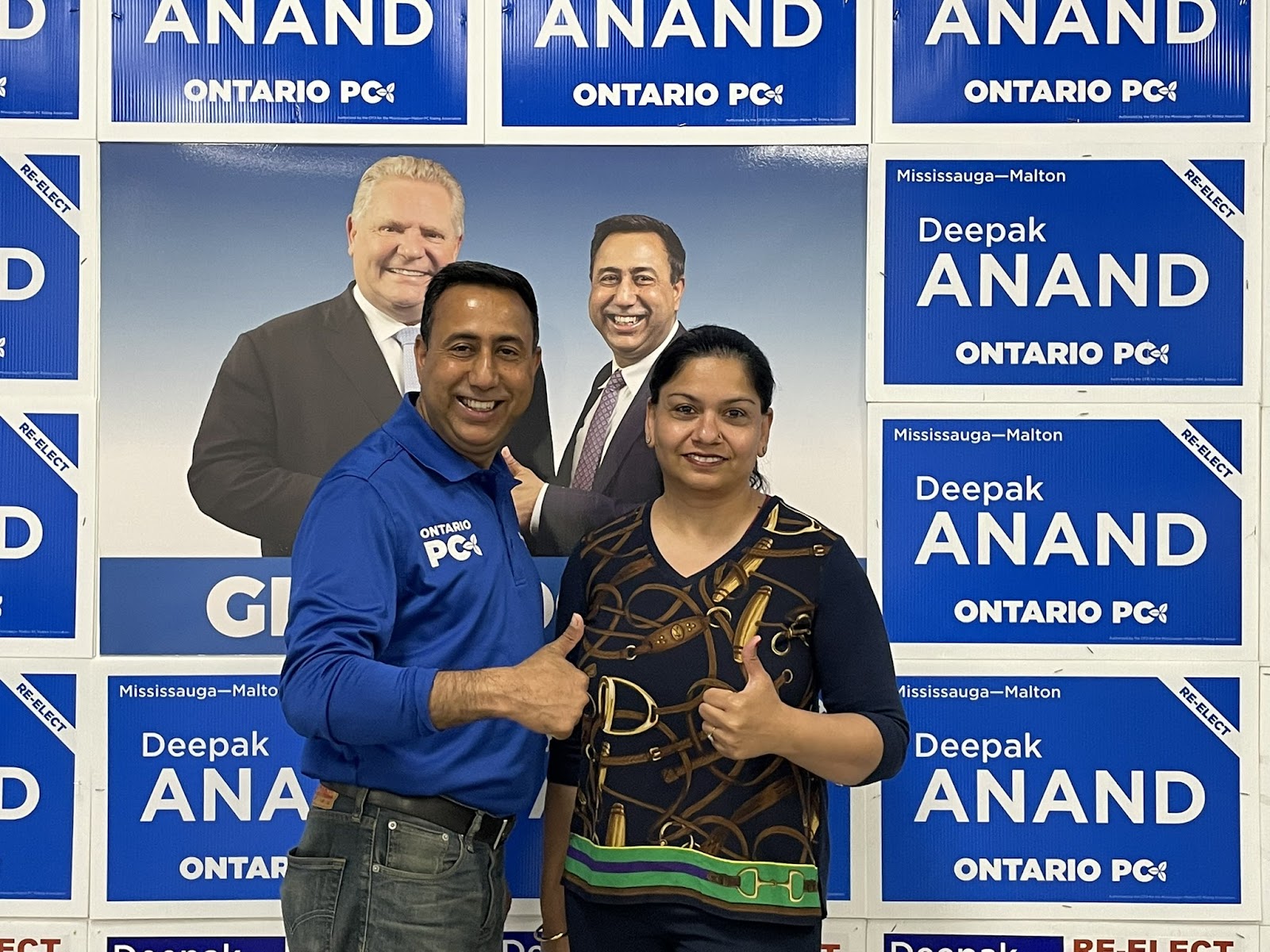 In March 2019, he stood to support Bill 48, the Safe and Supportive Classrooms Act (2019), which further protected students from abuse while at school. The Bill forces educators guilty of any act of sexual assualt to give up their teaching certificates and credentials.

Anand often spoke of violence against women and youth violence, advocating for the safety of communities, but when one of the worst mass shootings happened in his own riding in September 2019, he failed to say a word inside the legislature. He was silent on the need for gun control and offered no solutions to address community concern over the utter lack of police presence in Malton, after a community station had recently been shut down. The incident left innocent bystander 17-year-old Johnathan Davis dead and five others wounded as more than 130 bullets were fired in broad daylight on the grounds of a Malton apartment complex, in what was deemed a youth gang incident.

The horrific murder of Davis in the community left residents reeling.

It wasn’t until February 18, 2020, five months after the mass shooting took place, that the MPP for Mississauga—Malton acknowledged the incident publicly at Queen’s Park. In a short statement he asked the solicitor general, Sylvia Jones, what the Province was doing to combat gang-and-gun violence.

In the fall of 2019, Anand stood to speak about the ongoing issues of systemic anti-Black racism and discrimination inside Peel District School Board.

“When I hear about allegations of racism against any community, just the notion that someone has been the victim of racism makes me truly feel disheartened and dispirited,” he said November 28 of that year. “Recent concerns raised by the community regarding the allegations of anti-Black racism at the board and a lack of adherence to governance, leadership and human resources are very disturbing.”

Anand supported the “swift” action by the minister of education at the time, Stephen Lecce, to appoint two independent reviewers to look into the board (Lecce eventually oversaw the appointment of a supervisor to take over governance of PDSB, and the head of education at the board was immediately fired).

When COVID-19 arrived in Ontario, Anand’s riding was the hardest hit area in Mississauga. Infection rates rose and devastated small businesses and manufacturing companies. He supported legislation early on to extend the government’s use of the state of emergency provision, continuing to keep drastic pandemic measures in place, but later when the need for more paid sick leave was raised Anand turned his back on the workers and residents he had claimed to support, sticking to the PC claim that the government was doing enough.

He acknowledged his riding was in a desperate state with case rates climbing because people couldn’t get paid time off and chose between a job rather than not having food or rent.

“I have spoken to countless workers and the residents who were so grateful for this program and for the government’s support,” he said November 23, 2021. “I’m sure they have not forgotten about this, and they wouldn’t have gotten it without this program,” he said, referring to supports that were largely funded by the federal government, refusing to demand more paid sick days.

The three-day paid sick leave Ontario eventually put in place was bashed by worker advocates who said it wasn’t even enough time to rid the body of the virus. Anand advocated twice during the term for the minimal paid sick leave, instead of the 10 days workers were asking for, claiming essential workers would benefit from the PC policy, which was only adopted after more than a year of crushing impacts from the pandemic on essential workers and their families.