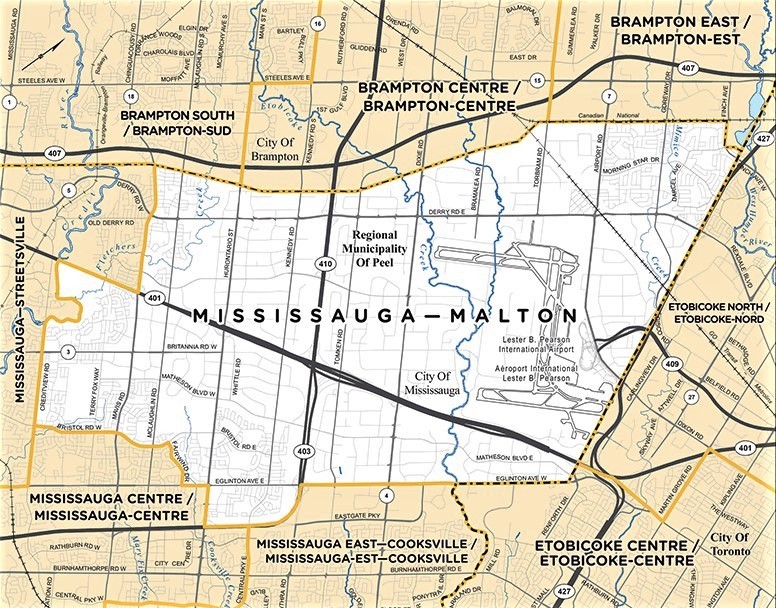 With 78 percent of residents who identify as a visible minority, Mississauga—Malton is the city’s most diverse, and one of its most complex communities.

According to the 2016 Census the largest identifiable groups were South Asian-Canadians, Chinese-Canadians, Black-Canadians, Filipino-Canadians, Latino-Canadians and Arab-Canadians. Residents were, on average, more than two years younger than the city overall, which had an average age of 39.6, and occupied some of the most demanding blue-collar jobs like manufacturing,  transportation and logistics support and warehouse work.

Malton, with its proximity north of Pearson International Airport’s giant footprint, has been largely cut off from the rest of Mississauga, geographically, culturally, economically and socially more connected to Rexdale in Toronto and southeastern Brampton.

It has also been cut off from many services, having gone without its own police division and struggling without a local hospital, while many social support agencies are left to service the area from locations beyond Malton’s borders.

Economically, with its proximity to the airport, industrial and transportation-related activities dominate the area’s landscape, with next to no white-collar office buildings.

It’s residents want elected officials to address the types of crime in the area that often make the news. Cut off from the rest of Mississauga by the sprawling swath that is Pearson Airport, many residents and local businesses complain that the area is often forgotten and underserved by Peel Regional Police.

With many residents who do essential work, the riding saw some of the highest infection rates in Mississauga during the pandemic as many people continued to work whether they were sick or not.

Stories of people choosing between food and rent were normalized as the Ontario government refused for months to allow more paid sick days for essential workers. Those who continued to go to work needing the income spread the virus further to marginalized communities in the riding.

On the ballot for the June 2 election is PC incumbent Deepak Anand, who was first elected in 2018 with 39.12 percent of the vote. Anand represented the riding of Mississauga—Malton after its creation in 2015, focusing on youth issues like education, community safety and unemployment.

He was largely absent on the police file and was quiet on the issue of guaranteed sick days for workers during the pandemic, which the PCs rejected. 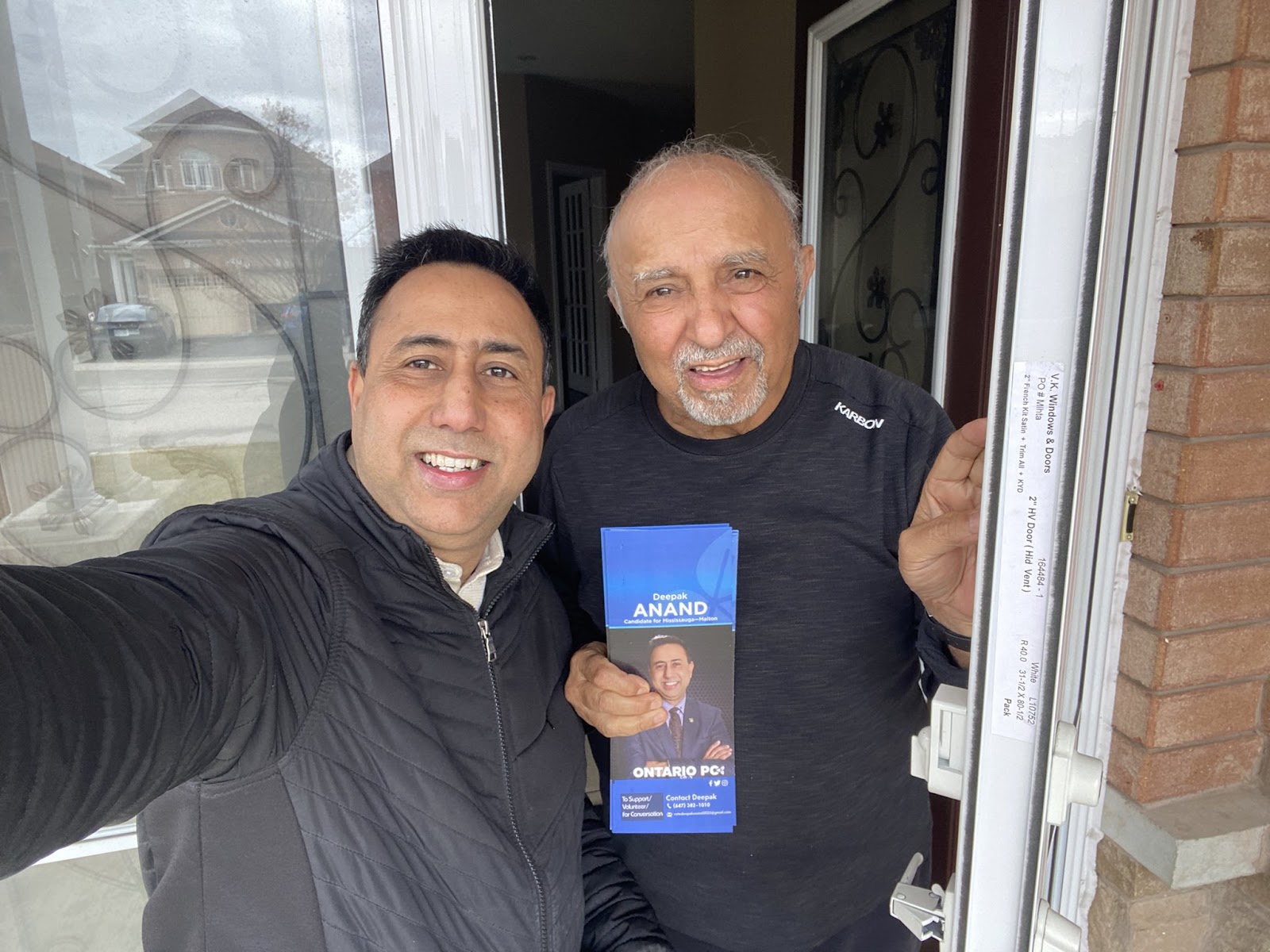 Deepak Anand has been posting photos door-knocking on social media.

Anand lives in Mississauga with his wife and two kids, and is a part of many local organizations including Telecare Brampton, Indus Community Services, Canadian Federation of Truckers, Malton Building Community Project and is a producer and host for Radio Saanjh.

Prior to entering politics he was CEO of Godden Distribution and a reporting analyst for Morguard Investments Ltd. After immigrating to Canada from Punjab, India he obtained a masters of business administration from York University.

“His key policy priorities include youth employment and empowerment, food insecurity, reducing red tape, boosting foreign direct investment, and bridging the gap between the people and their elected officials,” his website says.

Waseem Ahmed is the NDP candidate, and was recently the candidate for Mississauga—Malton in last year’s federal election.

He is an entrepreneur who runs an information technology business in the riding. According to the NDP website he is an avid volunteer who has raised funds for “several” local charities and is active in his community through the James Masjid Islamic Propagation Centre of Ontario.

“Now more than ever, in a society that is becoming more and more divided, we need provincial leaders to stand up with open hearts and unite us. I will work hard every single day to make sure that my constituents' needs are met,” Ahmed told The Pointer in an email. “I will be a representative for everyone, no matter their faith or their party preference. First and foremost, I will be an MPP for everyone.” 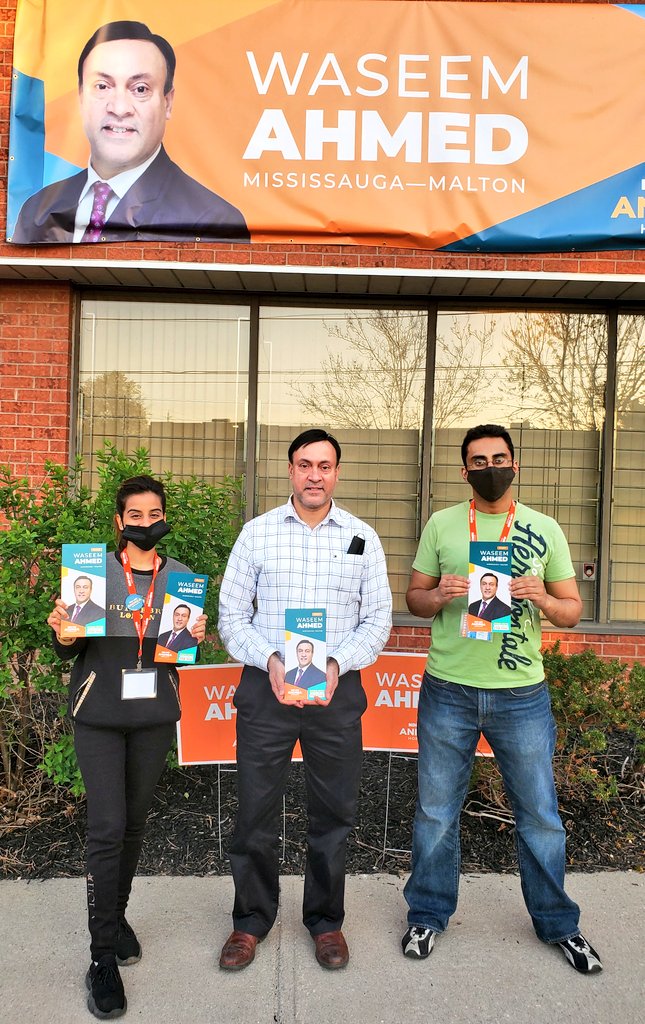 The NDP candidate also ran in the riding under the orange banner in the 2021 federal election.

The NDP candidate lives with his wife and four kids in the riding making the safety of families a priority to him. Ahmed knows the gaps Mississauga—Malton faces in terms of systemic inequality and violence associated with organized crime including gang activity.

“We must understand that crime and gang activity often occur because of poverty, social inequality, and a lack of services and community connections,” he wrote. “To support our communities and address the high costs of living we will bring in rent control and build more affordable housing.”

One policy Ahmed plans on advocating for is increasing the paid sick days employees get from three to 10, knowing this would change patterns of illness in ridings with a higher concentration of essential workers.

He also wants to tie economic development with climate policies.

“We will also ensure that our plan to transition to a net-zero economy creates over a million good, family sustaining jobs in Ontario. We will work with labour and industry to ensure that everyone who wants to learn a skilled trade, no matter where they are in their learning journey, gets the education, training, and job placements they need to succeed.”

The Liberals have put up first-time candidate Aman Gill, a student completing his Juris Doctor at the University of Toronto Faculty of Law and a masters of business administration.

Born and raised in Mississauga, Gill had an interest in politics from a young age volunteering in Mississauga—Malton during elections. In his undergraduate degree he spent the summer as a policy intern with member of parliament François-Philippe Champagne who at the time was the Minister of Innovation, Science and Economic Development.

Gill was also a caseworker in the office of former Mississauga—Malton MP Navdeep Bains, who is well known in both the federal and provincial parties as someone who likes to influence who gets nominations in Peel. 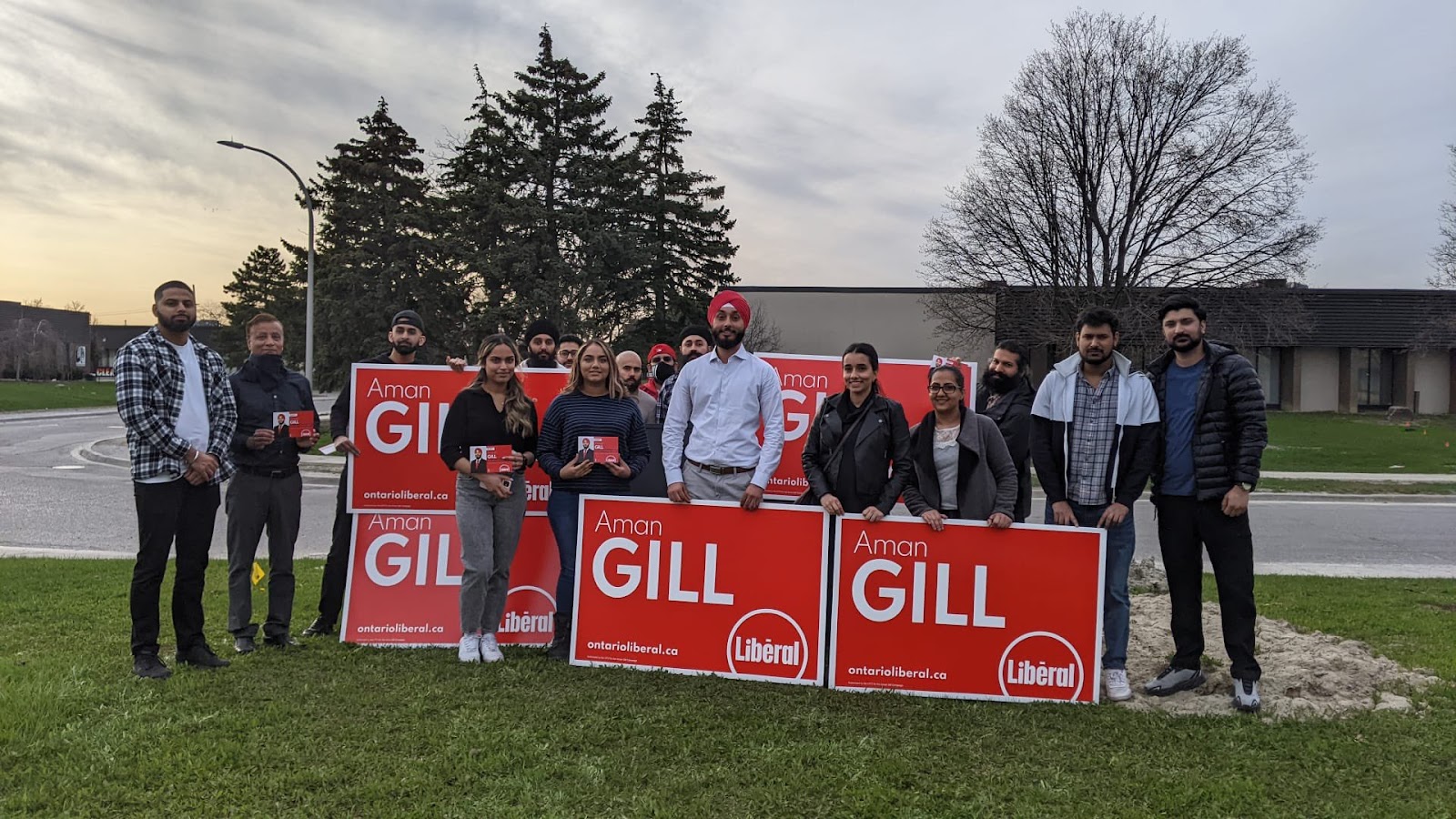 “I believe that education is the foundation and bedrock of a prosperous province, that the safety and wellbeing of our people depends on the strong and robust healthcare system,” he says in a Twitter video. “Saving our planet requires a government that cares for our planet, that’s why I trust that Steven Del Duca along with the Ontario Liberal Party team will have a youth perspective at all these issues at Queen’s Park.”

The Ontario Green party has Robert Chan, a long-time resident of Mississauga who grew up in the Heartland community, on the ballot.

Chan is a data scientist for a national telecommunications company, with programming, analytics, product management and video game development skills. 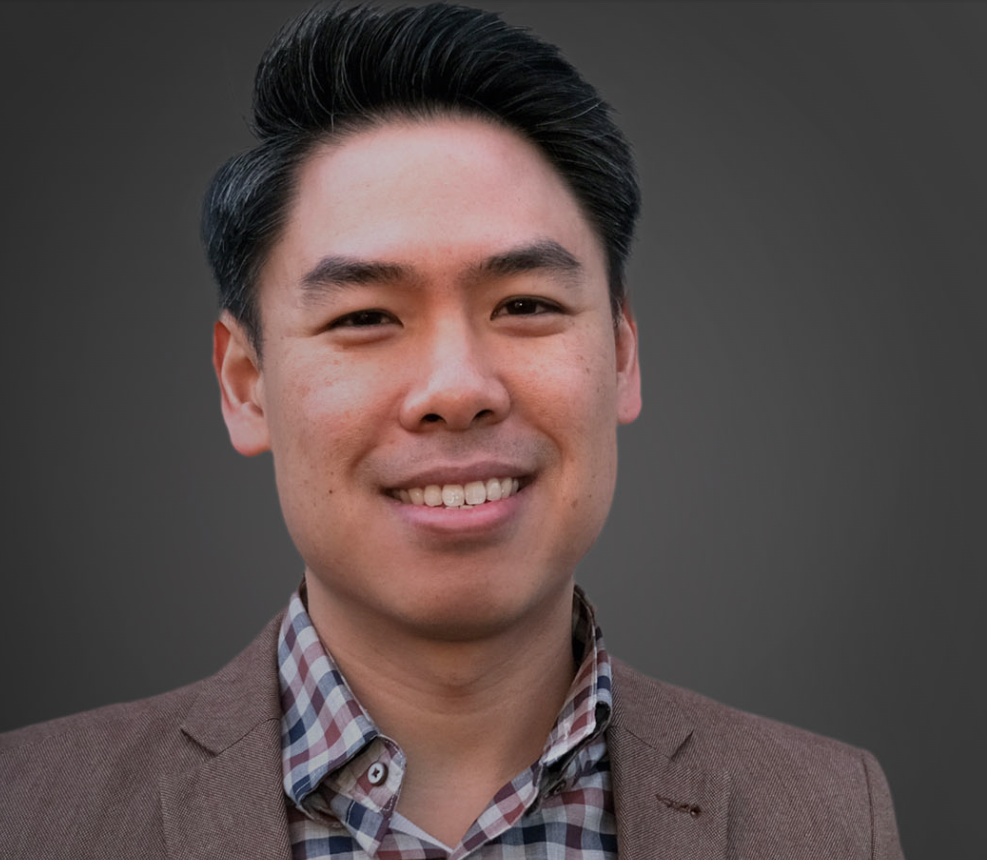 According to the Green's website, Chan will use his data-driven perspective to “support policy, process, and project implementation.”

“He believes that public policy and fiscal responsibility should be intertwined, and that transparency of this link through data ensures spending efficiency,” the website reads.

Growing up, Chan’s father taught him a deep appreciation for outdoor recreation which instilled a connection with nature. In his spare time Chan can be found biking, skating, swimming and gardening.