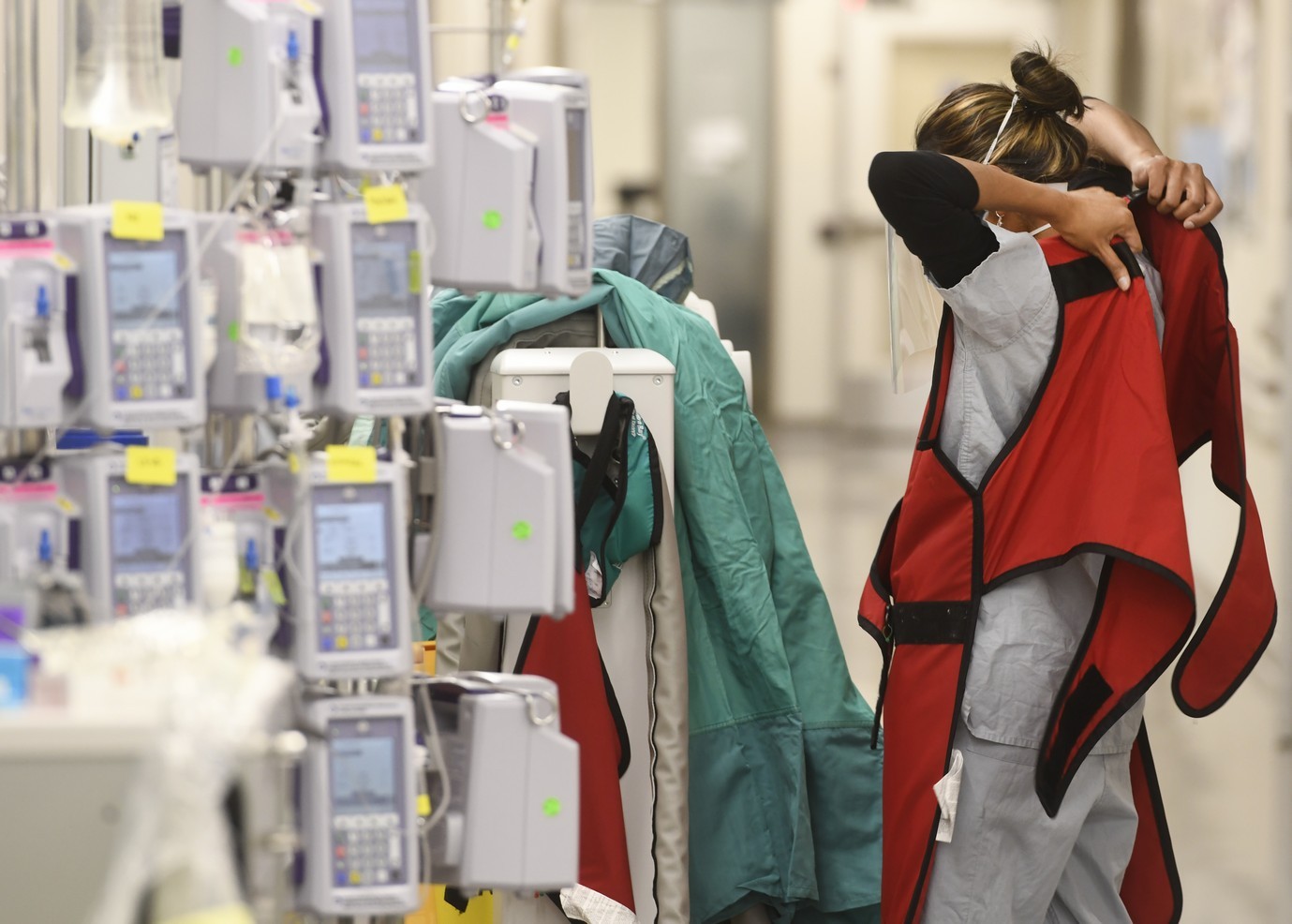 COVID-19 case counts are rising across the province. The Omicron variant is spreading farther and faster than any of the COVID strains the world has seen.

Data suggests that while the case counts have gone up dramatically, the number of people with COVID requiring admission into intensive care units (ICU) across Ontario remains lower than previous waves of the pandemic — likely due to Omicron being a less virulent strain of the virus (something early studies have shown), mass vaccination among the population, increased natural immunity from infection and ongoing public health measures.

This trend has also been observed by William Osler Health System in Brampton — one of the lowest funded cities in Ontario for healthcare, with only one full-service hospital to serve a population of nearly 700,000 people.

On January 6, a total of 123 patients were being treated for COVID in William Osler hospitals — which along with Brampton Civic also operates Etobicoke General (the data includes both healthcare facilities) — 10 of those 123, or about 8 percent of COVID patients, required admission to the ICU.

During the peak of the COVID wave that hit in April of last year, Osler was treating 192 patients for COVID in its two hospitals on April 20, 29 of whom required critical care — 15 percent or nearly double the number of COVID patients currently in ICU.

These lower ICU admissions come at a time when reported cases are much higher than they were during previous waves. On January 6, Peel reported 1,861 new cases, more than double the 713 cases reported on January 2, 2021.

Hospitals across Ontario are recording similar hospitalization and ICU trends.

On January 6, Ontario hospitals were treating a total of 2,279 COVID patients, 319 of them in ICU — approximately 14 percent.

When compared to the data from January 22, 2021, Ontario was recording fewer hospitalizations (1,512), but more ICU admissions with 383 COVID patients requiring critical care, or 25 percent of the overall number of COVID patients. The wave that hit Ontario in April was even worse with nearly 33 percent (773 of 2,360) of patients hospitalized with COVID requiring admission to the ICU.

Experts have warned that hospitalization data is a “lagging indicator” meaning it can take several weeks to get an accurate picture of how a COVID wave will impact the healthcare system; Omicron is currently not putting the same pressures on Ontario hospitals compared to previous waves — when looking at indicators such as ICU numbers.

However, disease severity has reportedly been worse among the unvaccinated, the immunocompromised and some elderly patients, and if more of these individuals get infected, even with a less virulent strain, it could cause future stress on the province’s hospitals.

Currently, the major strain is the growing staffing crisis, created by the one-two punch of Omicron’s increased transmissibility, which is causing more and more healthcare professionals to take time off work sick, or isolate as a result of potential viral contact; and the cumulative stress and burnout from nearly two years of a worldwide pandemic that has forced them to work exceedingly long hours under conditions that would jeopardize the mental and physical health of anyone.

While ICU admissions are down, compared to previous waves, data show that more people are visiting hospitals as a result of COVID. The increased patient volume was enough for Osler to declare a Code Orange earlier this week — a protocol enacted when patient levels start to surpass the ability of staff to adequately care for them. Media reports this week stated Osler had upward of 200 staff off work. The Pointer attempted to confirm this number with the organization, but did not receive a response.

“One of the hardest-hit hospitals during the pandemic, Osler is also once again receiving support for the transfer of Osler patients to neighbouring hospitals in order to free up capacity,” Catalina Guran, a spokesperson for Osler, stated. 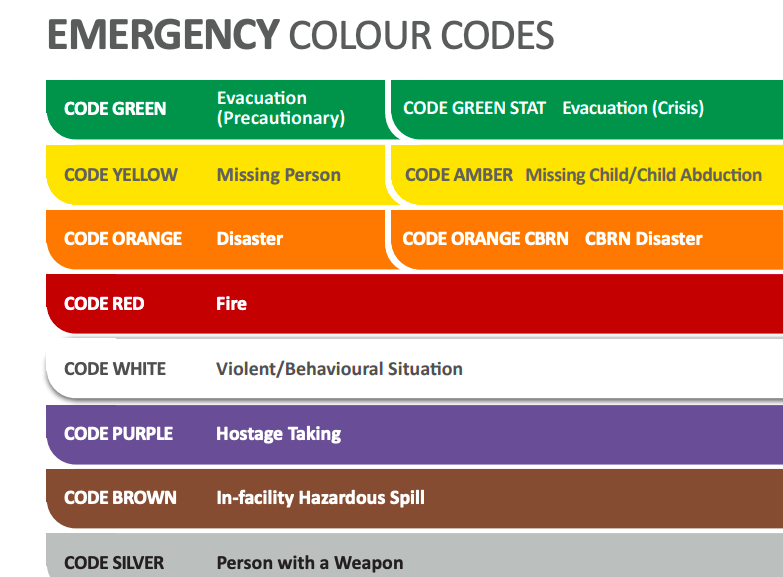 As per the Ontario Hospital Association (OHA), Code Orange is used for "Disasters".

The Code Orange was lifted Wednesday evening, but the staffing issues are far from over.

Naila Shaikh, a registered ICU nurse at one of Peel’s hospitals — she asked to leave the name out — told The Pointer she is seeing a shortage of nurses, which can be a critical problem for the healthcare system.

“Nurses make up predominantly most of the staffing and because we're the ones taking direct care of the patients, a shortage will be felt more by the system.”

“Nurses are like our right hand — our job is impossible without them,” says Navjit Kaur, a respiratory therapist at Brampton Civic. She fears if ICU admissions start to increase like previous waves, Peel’s hospitals could be in serious trouble. “We will fail miserably without many more nurses and other health care professionals. I’m perturbed that people may not get the level of care they deserve, despite the best efforts of our exhausted frontline workers.”

Shaikh says there have been instances where nurses with little to no ICU experience have been redeployed to the critical care unit.

“It is upsetting because nurses are being forced to work in conditions that don't fit their job descriptions, and that increases risks for error in the hospital,” Shaikh says.

Navjit Kaur has been working closely with doctors and nurses for the last two years during the pandemic.

“We are in year three of the pandemic and here we are again — overwhelmed, overworked, and our colleagues are being underpaid,” Kaur says, referring to nurses and their ongoing fight to get their wages increased. “Respiratory therapists and nurses are working odd hours and not sleeping properly, yet showing up for work every day and night — that is what health care workers do, and our government fails to recognize that with real actions.”

After experiencing first hand the impacts of inadequate healthcare, Kaur decided to contest the Brampton-West seat in the upcoming 2022 provincial election for the Ontario NDP.

“I'm hearing daily from registered nurses, registered practical nurses, personal support workers, laboratory therapists and so many other health care workers who are literally breaking down crying at work,” Sharleen Stewart, president of SEIU Healthcare, a union that represents more than 60,000 frontline healthcare workers in Canada, said during a press conference Thursday. “We call them heroes but forget that, they are humans.”

According to the Registered Nurses' Association of Ontario (RNAO) CEO, Dr. Doris Grinspun, Premier Doug Ford is trying to downplay the reality in Ontario’s healthcare system, refusing to admit there is an unfolding crisis among Ontario’s nursing professionals.

“Staff, staff, staff, he [Premier Doug Ford] never says the word nurse, why can’t you even say the word?” she says.

“If there are no doctors, it’s a doctors shortage, why not call it as it is — we are nurses.”

The RNAO CEO says nurses are exhausted, upset and frustrated with the Premier and the Minister of Health, Christine Elliott.

To mitigate the shortage, RNAO has repeatedly called on the provincial government to ask The College of Nurses of Ontario to fast-track the process to bring onboard internationally educated nurses.

There are about 14,888 internationally educated registered nurses currently pursuing licensing, which could bolster the Ontario nursing workforce.

“Internationally educated nurses are waiting and waiting for our regulatory body. You need six months to process them, why are they waiting for years and years?” Grinspun wants to know.

In an effort to ease the burden on healthcare workers, the Province has suspended all non-urgent surgeries and procedures. Osler is contacting all affected patients to reschedule appointments.

In a press conference Wednesday, Ontario Liberal Leader Steven Del Duca criticized Premier Ford for inaction and proposed five emergency measures for the provincial government, including calling in the military for support.

“Doug Ford needs to pick up the phone and call the Prime Minister, seek help from the Canadian military to come into Ontario to help deal with the challenges that we have in nursing homes and hospitals,” he said.

“He cannot simply say we're going to restrict things for a couple of weeks and just hope that the numbers come down magically.”