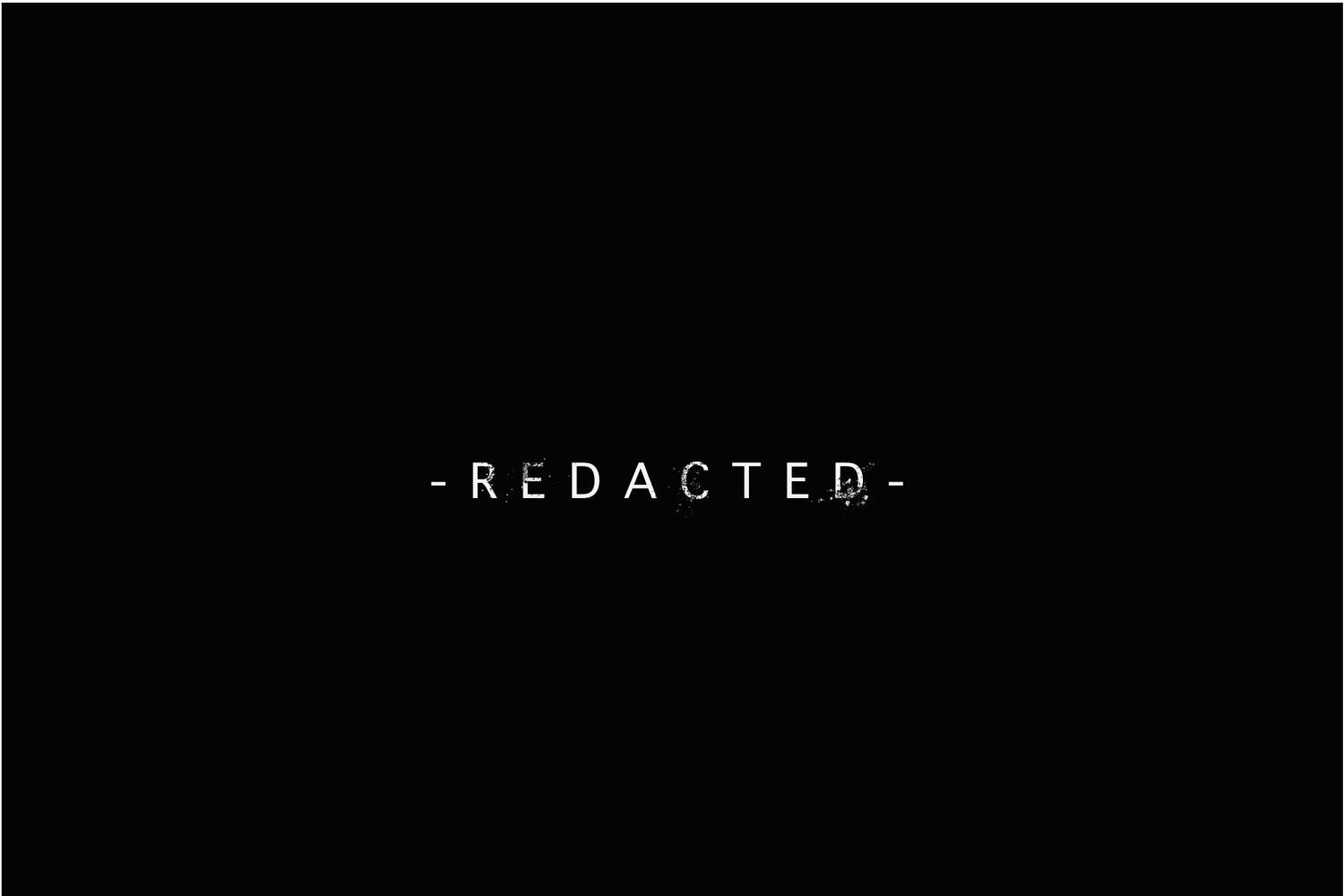 Feature image from The Pointer

The City of Brampton’s freedom of information department is failing its most basic function, hampering residents’ access to public information that is supposed to be available to them.

The department’s failure to meet mandated deadlines that ensure proper transparency to protect the public coincides with numerous allegations of misconduct inside City Hall and disturbing behaviour by CAO David Barrick and certain senior members of his staff. The FOI function and access to public records is a vital tool for the media, other professionals and private citizens to hold elected officials and staff, who control taxpayer funds, accountable.

Alarming actions taken by Barrick and Jason Tamming since they were fired from their public sector jobs in Niagara, prior to their recruitment to Brampton by Mayor Patrick Brown include attempts to put the FOI function under Barrick’s control, his effort to take over the internal audit function and the handing out of contracts to friends and political allies of Brown and Barrick, using public funds.

Tamming has attempted to use staff and his role as head of communications to mislead the public about his corrupt behaviour in the Niagara “Inside Job” CAO hiring scandal.

But residents and others trying to get access to public records to hold them accountable, or even to simply gain access to documents of interest, are having trouble obtaining information that should be provided to them in a timely manner.

An annual report considered by Brampton City Council in November shows that the City’s freedom of information department has allowed accountability to flounder. Barrick had no experience running even a small municipal department before he was selected to lead the City of Brampton in a hiring process entirely controlled by Brown. He was implicated in the Ontario Ombudsman’s investigation into the Niagara CAO hiring scandal.

Freedom of information requests allow members of the public to ask for documents pertaining to the use of taxpayer money and the operation of public institutions and can include requests for emails, text messages, other digital communication, staff memos, reports, and any other text, video or audio-based record deemed to be a part of the public interest.

Freedom of information is a bedrock of Canadian accountability and transparency. Requests to the City of Brampton cost $5, with some additional fees that can be charged for time spent preparing to release a request. Exemptions can be made to protect confidential information, such as personal details of individuals, or for other legal reasons that have to fall under the Municipal Freedom of Information law’s definitions for allowable exemptions.

Across Canada, disclosure of public information upon request is an issue that many interested parties have been paying attention to.

“Things need to be drastically improved,” Ken Rubin, an Ottawa-based citizen advocate and public interest researcher who has worked extensively on access to information requests, told The Pointer. He said governments across Canada are getting “more secretive”. 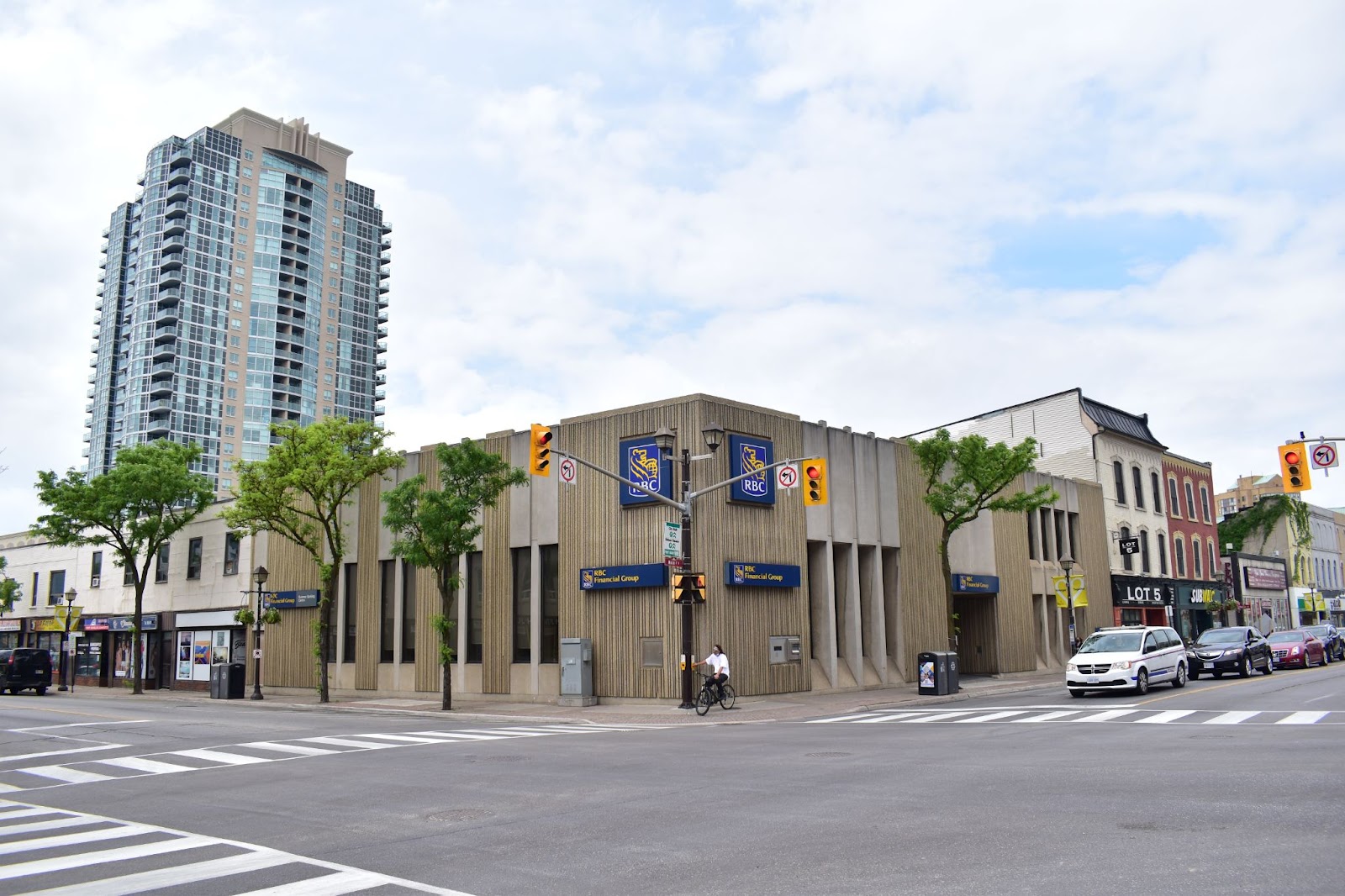 Freedom of information requests can be submitted by any member of the public and help ensure transparency.

“The purpose of the program is to make the City more open and transparent and to allow residents to better participate in the democratic process,” a Brampton staff report says. Figures included in the report show the City is failing to respond to more than a third of requests on time.

The Municipal Freedom of Information Act demands cities deal with requests within a 30-day period, with some extensions allowed. Brampton has seen its compliance rate drop dramatically in the past couple years, hindering public accountability over the conduct inside City Hall.

The City of Brampton received 158 requests for information last year, but only managed to process 61 percent of them within 30 days. Even including time permitted for extensions, the City’s compliance rate sat at just 73 percent.

At the beginning of 2021, it was revealed that Barrick had attempted to take over control of freedom of information from council, which under provincial law is supposed to control the process and can appoint a “head” to oversee the function, a role that had been given to City Clerk, Peter Fay, who under the legislation has to report directly to the elected members of council who represent the public. Barrick’s move to quietly take over control of the FOI process and have staff in the department report directly to him was a blatant violation of the provincial legislation and the City’s By-law that deals with FOI.

After councillors caught Barrick out and confronted him in a public meeting, the CAO denied he had made the changes but organizational charts show he was misleading council and they were forced to pass a motion reaffirming Fay is the designated head of the FOI process under their authority and reporting directly to council, not the CAO.

Barrick was in charge of freedom of information for roughly three months, from November 2020 to February 2021. The dates were shared by Councillor Jeff Bowman during Brampton’s November 17 council meeting and Barrick remained silent while his conduct was detailed.

The Municipal Freedom of Information Act states: “The members of the council of a municipality may by by-law designate from among themselves an individual or a committee of the council to act as head of the municipality for the purposes of this Act; If no person is designated as head under this section, the head shall be the council”.

Barrick went against this when he made changes to how the City was organized, altering the system without council permission. Councillors were forced to publicly admonish him, before explicitly returning the freedom of information duties back to the City Clerk in January.

Brown remained silent as his CAO was grilled by councillors.

Barrick violated the By-law and the provincial legislation, hired a woman, Uzma Ashraf, the same name as someone who donated to Brown’s 2018 election campaign, to take over the FOI process, and after councillors found out, tried to convince them that Ashraf, who reported to him, should remain in control.

Ashraf confirmed to councillors early in the year that both her and a colleague who reported to her started their positions on December 7, 2020.

The organizational chart from last December shows that the privacy office was moved out of the City Clerk’s office and into a reporting structure to Barrick.

Fay told councillors he could not explain what Barrick had done and said the Clerk had been designated the head of FOI since the ‘90s and that Fay’s position as head was last confirmed in 2017 under By-law 216-2017, approved by council, and elected officials had since given no authority to change this.

Ashraf confirmed in January that she, not Fay, was managing the freedom of information process since her hiring. Bowman questioned how that could be since he couldn't recall appointing someone new as the “head” to handle FOIs.

Barrick refused to acknowledge what he had done and tried, unsuccessfully, to convince councillors they should make Ashraf the “head” of the FOI process, a role he had already, illegally, put her in. They instead made it clear, through a vote, that Fay is the head.

Rubin said there are problems with any municipal staff member controlling the freedom of information program. He has advocated for a separate and entirely independent arms-length organization to handle vital requests to access public information.

“Make them more into advocates for disclosure, not gatekeepers [using] fees and exemptions, which largely they are,” he said. “A better system means you have to start looking for less exemptions, quicker, cheaper access and a more independent process for those who are looking at the files.”

Barrick, the man at the centre of widespread allegations of misconduct inside City Hall, took over the freedom of information process that had to be used by the public to get details of his own questionable conduct. 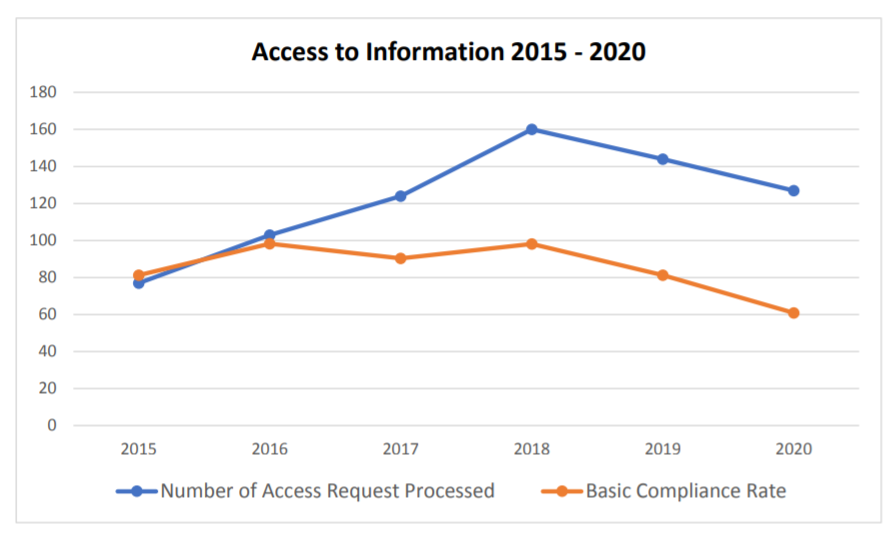 The number of requests and basic compliance rate in Brampton have declined for three years in a row.

There are also questions over how accurately the City is dealing with requests that are designed “to allow residents to better participate in the democratic process”, according to the staff report. Five of the City’s responses in 2020 were appealed to the Information and Privacy Commission of Ontario because the requestor felt that Brampton had not fairly disclosed the relevant information.

One of those appeals did not receive a decision because “records were provided before the appeal was assigned”, which suggests the City caved and eventually provided the required records. Three were resolved during a mediation process. The final appeal is still waiting for a decision.

Last year, Mississauga received more than 600 requests compared to Brampton’s 158 requests but still managed to return 79 percent of all requests within the 30 day period. A Mississauga staff report says the basic rate of compliance in Ontario sits at 79 percent for all municipalities across Ontario.

A total of 31 freedom of information requests submitted to Brampton in 2020 were processed in 2021, including nine from media organizations and 15 from residents (it’s not clear when exactly these requests were filed in 2020).

The Pointer has submitted, and appealed, multiple freedom of information requests to the City of Brampton, including inquiries that relate to Barrick’s conduct.