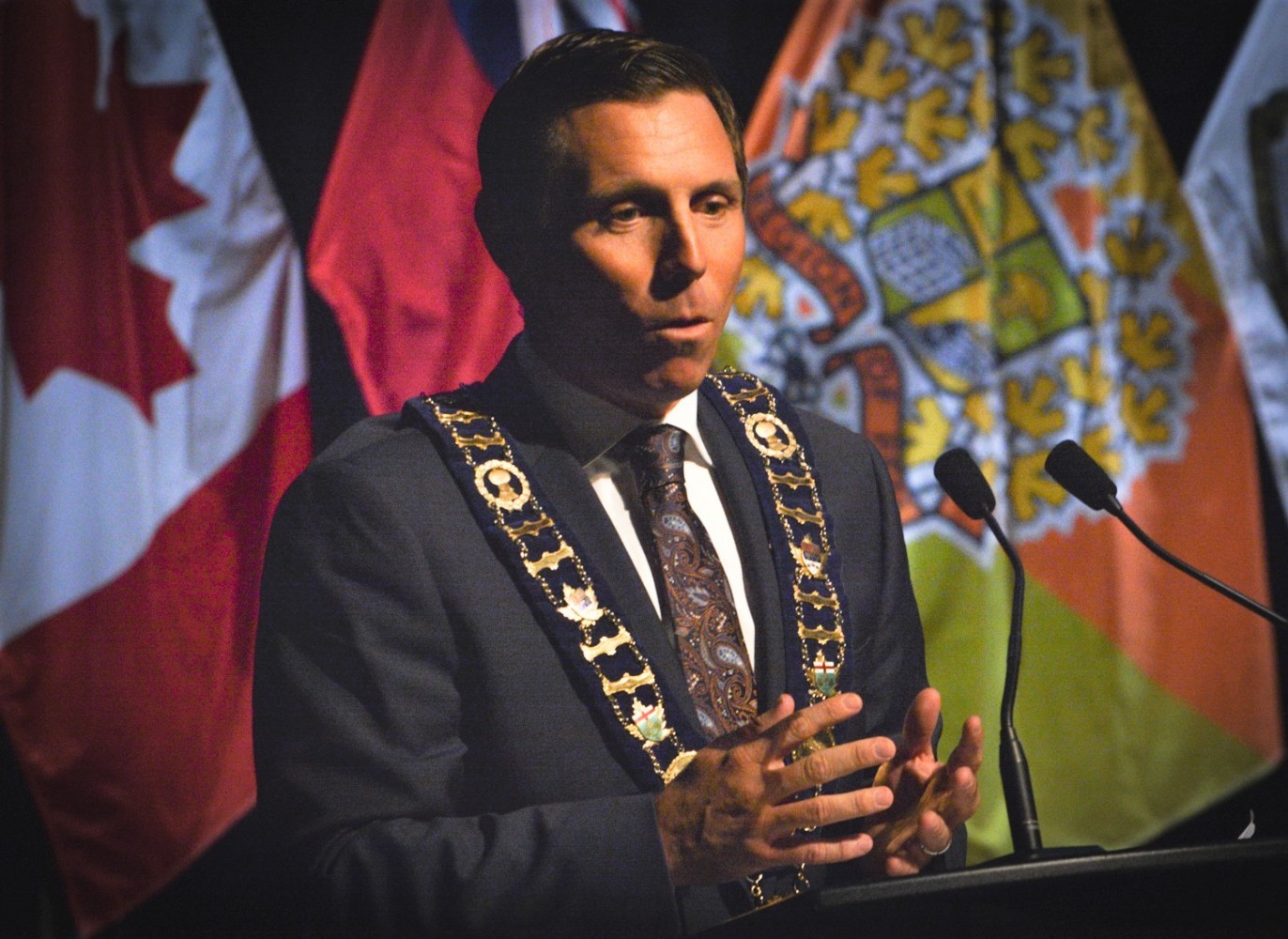 Photos from The Pointer filers/

Following news of a contract that was handed to an associate of Mayor Patrick Brown and whistleblower allegations of corruption around the process, four months have passed since council was promised answers.

A workshop detailing how the consulting work to create a Municipal Development Corporation in Brampton was handled, was promised to councillors in January, but they remain in the dark with no update in sight.

On January 27, councillors voted to get clarification about the consulting job given to Brett Bell for between $200,000 and $400,000 without their knowledge. The Pointer had reported he is closely connected to Brown through Conservative political circles and was hired to create a business model to manage hundreds of millions of dollars worth of real estate assets owned by the City.

Chief Administrative Officer David Barrick told council at the time he “anticipates” it would take three weeks to assemble the workshop. As of May 18, more than 15 weeks have passed since Barrick made the commitment, after councillors demanded answers. 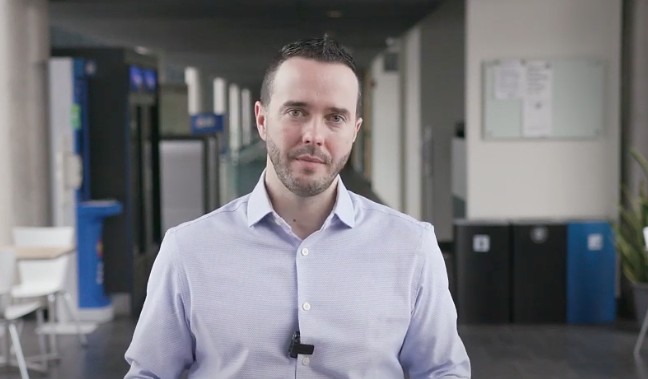 Brampton CAO David Barrick has been accused by a whistleblower of ignoring proper procurement processes during the MDC project.

A whistleblower later came forward with allegations that Barrick told her to engage Bell and no other company was contacted. She provided text messages that show Barrick instructing the woman, Gurdeep (Nikki) Kaur, who was fired by the CAO hours after she made the bombshell accusations, directing her to contact Bell. According to sources, she was rehired after Council ordered Barrick to turn around his decision to end her employment.

The workshop was sold as an avenue for council to ask anything about the project, including who the consultant is, what experience he has and how he was selected to shape the corporation that would manage Brampton’s vast real estate assets. Regional Councillor Michael Palleschi dubbed it as an opportunity to be “as transparent and accountable to the public as possible.”

Kaur stated in her publicly emailed allegations that the workshop was scheduled for the end of April and that she looked forward to telling councillors the truth, that Barrick allegedly had Bell hired without a proper procurement process.

The City has denied all of Kaur’s allegations.

Members of council The Pointer spoke with have not been told when the session will take place.

“I haven’t been informed of any upcoming workshop, and am totally unaware if one has been scheduled,” City Councillor Jeff Bowman said.

Council voted for the workshop after they learned of Bell’s hiring and before they approved the project because the City has already spent hundreds of thousands of dollars in consulting fees through two reports from separate firms. The most recent is a business plan completed by the Menes Company (MenesCo).

Bell, the director of the company, is a longtime political associate of Brown and the two have known each other for the past two decades. Bell confirmed to The Pointer in January that he had not even registered his company when the City contacted him for the job last year, and publicly available business registration documents show it was only incorporated after he was engaged. He did not appear to have any previous experience in real estate, or the management of a municipal real estate corporation.

The City’s publicly available calendar shows a Council workshop was planned for the morning of April 26, but was cancelled without any explanation. The cancellation notice shows the meeting has been moved to May 31, but it’s not clear if this workshop is for the MDC project and councillors have been given no details.

“I am looking forward to finding out much more about how this came about, the consultants involved and the reasons why we have waited all this time to have the workshop after the reports were brought forward many weeks ago,” Bowman said.

Kaur, a former employee in Barrick’s office who handled the MDC file, sent bombshell allegations to thousands of City employees, members of council and the media alleging Barrick misused public funds. She has alleged Mayor Brown used City staff and resources to help Peter MacKay vie for the federal Conservative Party leadership last year. Kaur also levelled other damning allegations against senior staffers, all of which have been denied by the City. 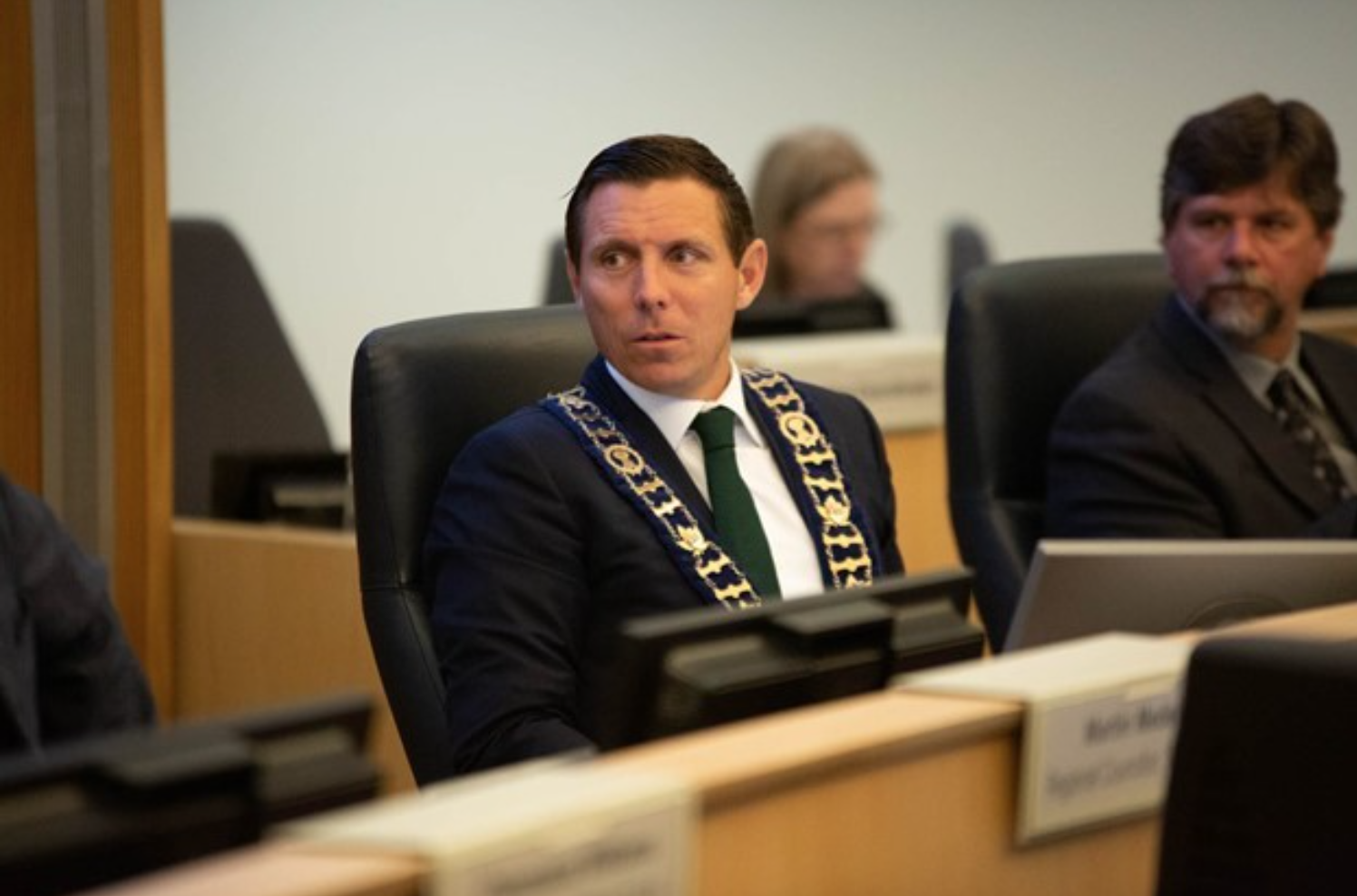 Brown and Bell are long time associates through the Progressive Conservative Party.

Kaur wrote in her email the MDC workshop was “scheduled for the last week of April” and she was ready to speak on the project.

“The reality [is] I was hoping to clarify in the workshop, but it’s now been postponed and now I have to say that David Barrick hired a consultant without the procurement process… and without seeking other companies,” she said in the email.

Hours after Kaur sent the allegations, she was fired from her formal position as director of corporate projects and liaison in the CAO’s office. In a bizarre twist, she was rehired as a director in a different department last week, according to multiple sources. It’s unclear if she will be part of a workshop, if it happens.

Kaur told The Pointer MenesCo was the only firm she was told to reach out to develop plans for the project. Text messages she provided to The Pointer show on January 7, 2020 Barrick messaged her the name of the company, email address, and who to get in touch with. “Contact: Brett Bell,” one message reads. Barrick then thanked Kaur in another text after sending her the instructions.

The Pointer published an article in January exploring the MDC project and reached out to Bell for comment about how he was engaged to do the work. He confirmed City Hall contacted him on January 9, 2020, two days after Barrick provided the contact details to Kaur.

He also confirmed his consulting firm was incorporated on January 11, 2020, two days after he was contacted by the City. Procurements of this nature typically require at least five years in business to qualify. Prior to Starting MenesCo, Bell was a vice-president at public affairs firm Hill+Knowlton Strategies, which is well known to do work with Conservative political parties in Canada, but did not have a firm of his own.

Shortly after Kaur received the texts from Barrick to contact Bell, she said she “was informed verbally by the CAO to move forward with the work with the Menes Company.” 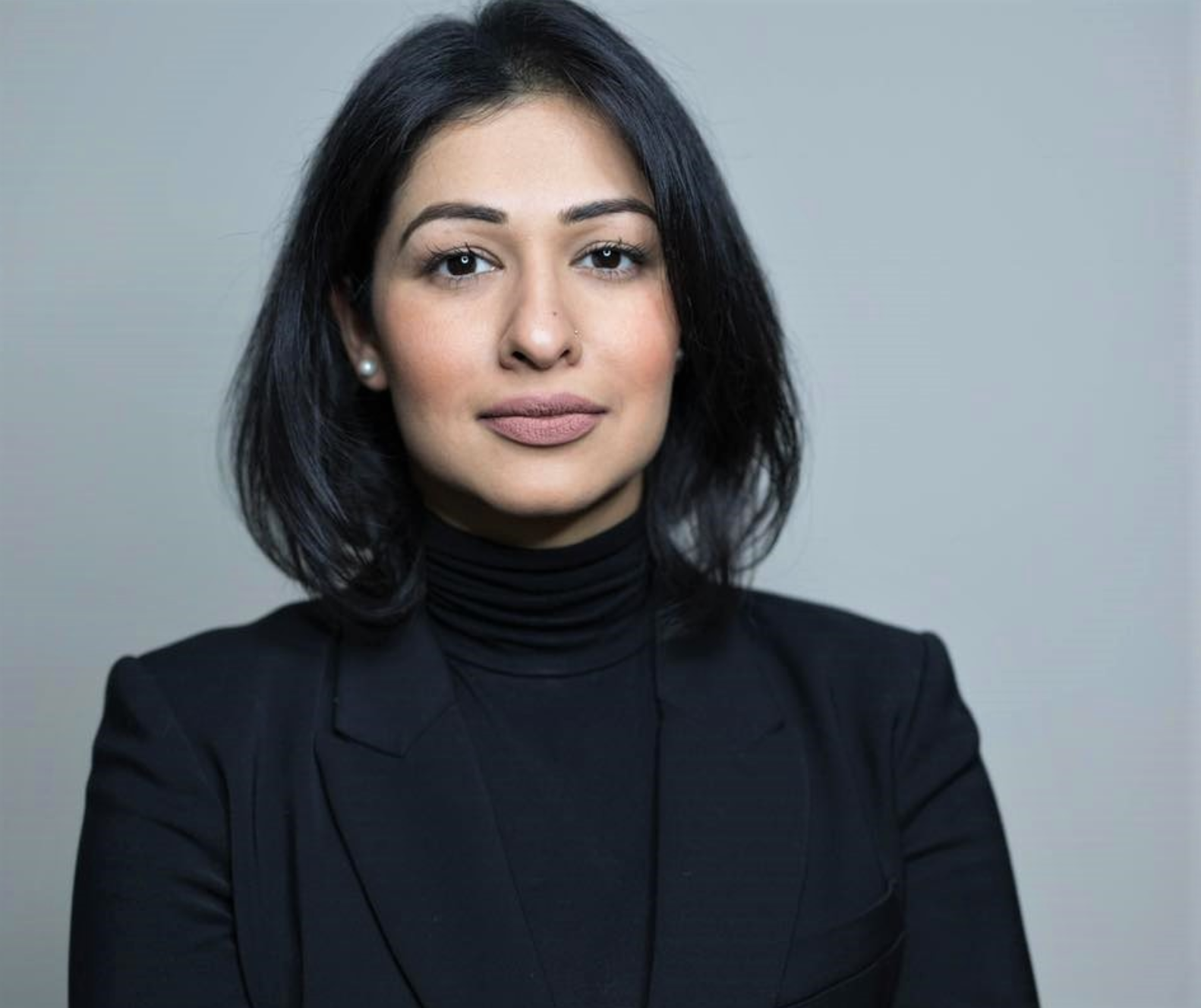 Kaur, who was told to work with MenesCo, was fired hours after sharing allegations.

The Pointer was unable to find any communication where Council was told of the relationship between Brown and Bell, before, during, or after the MDC business case submitted by him was completed. The Pointer asked the City in January how MenesCo was selected for the work and if others were invited to bid on the contract, but the questions were not answered.

Kaur provided texts that show immediately after The Pointer sent questions to the City, Barrick sent the following message to Kaur on January 18, 2021, “Mayor had nothing to do with it.” The Pointer published the article on January 19.

Bell’s business plan was the second report on the MDC project. The first, under the direction of the previous council, was conducted by N. Barry Lyon Consultants, a company with five decades of experience in real estate strategy and development feasibility, to determine if a MDC was even warranted in Brampton.

It’s unclear why, after Brown’s election, N. Barry Lyon was dropped in favour of a man with little to no experience in the area.

City Councillor Charmaine Williams told The Pointer she still wants to see the workshop happen. She suspects the reasoning for the lengthy delay may come out in the upcoming probe into Kaur’s allegations. “Perhaps we will find out why from the upcoming investigation,” she told The Pointer.

Council voted for the investigation after a lengthy special council meeting behind closed doors the day after Kaur shared her allegations. During a second special meeting last week, Council gave the City Clerk, Peter Fay, authority to “execute agreements… with the one firm engaged by the Clerk to undertake the Council authorized investigation work.” It’s not clear if Fay has selected the third-party investigator yet or when the probe will begin.

Council also sent the allegations to Peel police and indicated the Ontario Ombudsman will be called in to ensure the investigation is handled properly and possibly do an independent probe.

The Pointer sent the City a detailed list of questions asking when the MDC workshop will take place and what has caused the delay, but the questions were not answered directly.

“The Municipal Development Corporation (MDC) initiative has been within the portfolio of Corporate Projects since January 2020.

“As the MDC project consolidates three years of work authorized by both the City's current and former members of senior leadership; preparation for a comprehensive Council workshop is significant and remains underway. We’ll be happy to provide you with an update with more details, including date and time, as soon as they are confirmed,” City spokesperson Natalie Stogdill wrote in an email.

Williams stressed it is important the workshop take place publicly because hundreds of thousands of taxpayer dollars have already been spent on the project and residents should know where their money is going.

“I know they want to understand what the MDC is and why taxpayer dollars were spent on consulting. They should know what value they received for the work the consultants did around the MDC and if there were any benefits to Brampton.”

Bell’s contract cost between $200,000 and $400,000, Barrick told Council in January. It’s unclear how much the City spent on the first report by N. Barry Lyon Consultants and why the original firm with all the subject matter knowledge was not retained by the CAO.