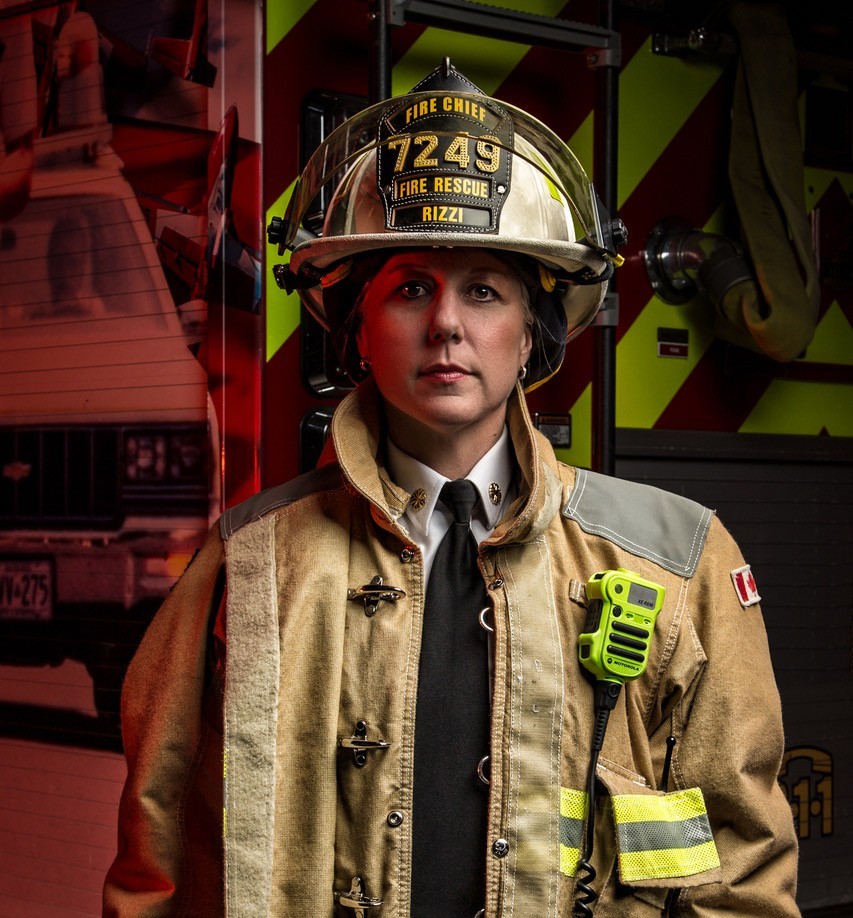 In a rapidly rising city, the deck is often stacked against municipal fire services.

With Mississauga becoming increasingly vertical, fires in buildings pose complex challenges for the women and men who race to the scene. Water has to be pumped higher, building materials and home furniture are more lightweight, and made with more flammable materials than years past, meaning fires burn hotter and faster. Even navigating up narrow stairwells poses an entirely different challenge than dealing with a single-storey home.

When a flame breaks out time has not always been a friend of the Mississauga Fire & Emergency Services as firefighters have struggled to meet national response standards for years.

A lack of investment from City Hall has left the service without the appropriate number of stations across the booming municipality and the halls firefighters call home have been left to decay.

The 2022 budget, set for approval tomorrow, includes an investment plan over the next decade that could help turn the tide on the dangerous consequences caused by years of abdicated responsibility by local politicians.

Every city has growing pains—Mississauga’s are sometimes hard to see.

The shift away from the suburban built form of the ‘80s and ‘90s has seen the towering residential condos spring up across parts of the city. And while Mississauga raced to become the sixth largest municipality in Canada, funds to ensure the fire service kept the rising population safe did not keep up with the rapid growth.

Dynamic changes happened overnight and years flew by without Mississauga contributing the necessary tax dollars to help the brave men and women of the fire service meet national standards set by the profession. Between 2006 and October 2019, the service did not open a new station, during the same time the population grew by more than 100,000 residents.

The growth and associated complications have resulted in Mississauga Fire & Emergency Services (MFES) only meeting national response time standards 55 percent of the time. The Service responds to an average of 30,000 incidents every year.

Without more stations, firefighters need to travel farther distances, decreasing their response time, thus also decreasing (in some cases) chances of survival. Standards set by the National Fire Protection Association (NFPA) set a target for the first vehicle to arrive on scene in 240 seconds (four minutes) or less 90 percent of the time.

Due to its disadvantages in Mississauga, the fire service has set its bar lower, attempting to reach a response standard of arriving on scene in four minutes 75 percent of the time. Even with the lowered bar, the MFES is having trouble reaching it.

In 2020, Mississauga fire fighters arrived on scene an average of 298 seconds (almost five minutes) 75 percent of the time. 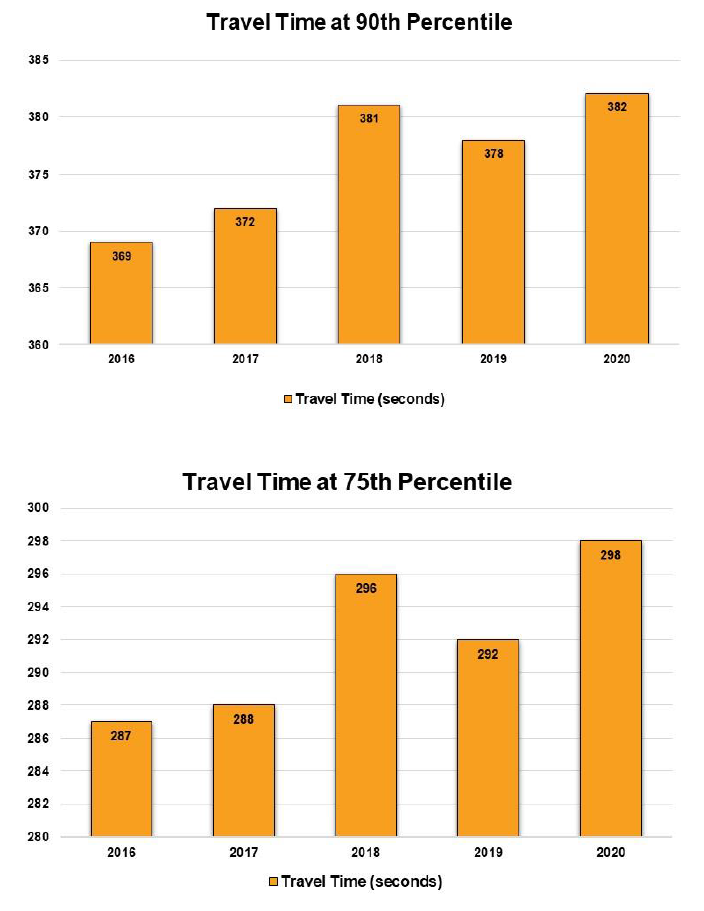 Mississauga fire often does not make it to emergency calls within four minutes; a number of factors contribute to this.

According to the MFES budget, traffic congestion and ongoing construction across the city are two reasons why Mississauga firefighters are unable to reach the set standard. But throughout the pandemic when most disruption was halted, it became clear the lack of stations also contributed to poor response times. During the pandemic, when traffic volumes dropped drastically, response times only saw a slight improvement with fire fighters meeting the standard 60 percent of the time. Still below the set target.

To help mitigate this, Mississauga has committed to building six new fire stations over the next 12 years, a solution long overdue. Former fire chief Tim Beckett estimated that if MFES wanted to reach the NFPA standard of arriving within four minutes 90 percent of the time, the city would need a total of 44 fire stations, currently there are only 21. The City plans to add another 6 over the next 10 years.

Fire stations 124 (Dundas Street and Cawthra Road) and 125 (Tenth Line Road and Aquitaine Avenue) have funding allocated in 2022, for a total of $8 million. Station 125 will be the first constructed with design work expected to start next year.

Station 108 (Streetsville) and 102 (Lakeview) are two sites expecting renovations in 2022, with both projects totalling $900,000 each. Neither station has had any significant work done since construction in 1980 and 1979 respectively.

In a previous investigation The Pointer reviewed an internal audit on 14 Mississauga fire stations conducted in 2019. It revealed the state of disrepair and high costs to bring stations to the most basic standards of safety. A trio of stations are in such a bad state, the audit doesn’t even recommend repairs, saying they simply can’t be brought up to standard.

The two stations getting repairs done in 2022 are not part of the three that need to be completely torn down, but they do have other significant issues. The audit described Station 108 as not having enough space for senior staff in the building, specifically needing additional rooms for a district chief and a captain.

Station 102 has not been through any upgrades and in a separate investigation The Pointer found the building contained asbestos along with 10 other fire halls that also had the hazardous material in them. In December 2020, the city was aiming to remove asbestos from the 11 fire stations in 12 months. Fire Chief Deryn Rizzi told The Pointer in an email late November eight of the stations have been completed, with the remainder to be finished in early 2022.

In the 10-year capital plan presented in the 2022 budget, Station 107 is being allocated $14.5 million for redevelopment. According to the 2019 audit the station, which services the Erindale community, falls short of most safety standards.

The audit says “a major and unfeasible renovation” would be needed to bring it “closer to standards”. Among its deficiencies, an elevator would need to be added, something the report states is not feasible.

Also making an appearance in the 10-year plan, Port Credit’s fire station is planned to be under development for $17.5 million. The city’s oldest station, built in 1955, was designated as a heritage site which makes any sort of additions or renovations more complex.

Stations 104 and 107 each are beyond repair, the audit said, and now the city is tasked with finding land for both stations before being able to start the construction process. 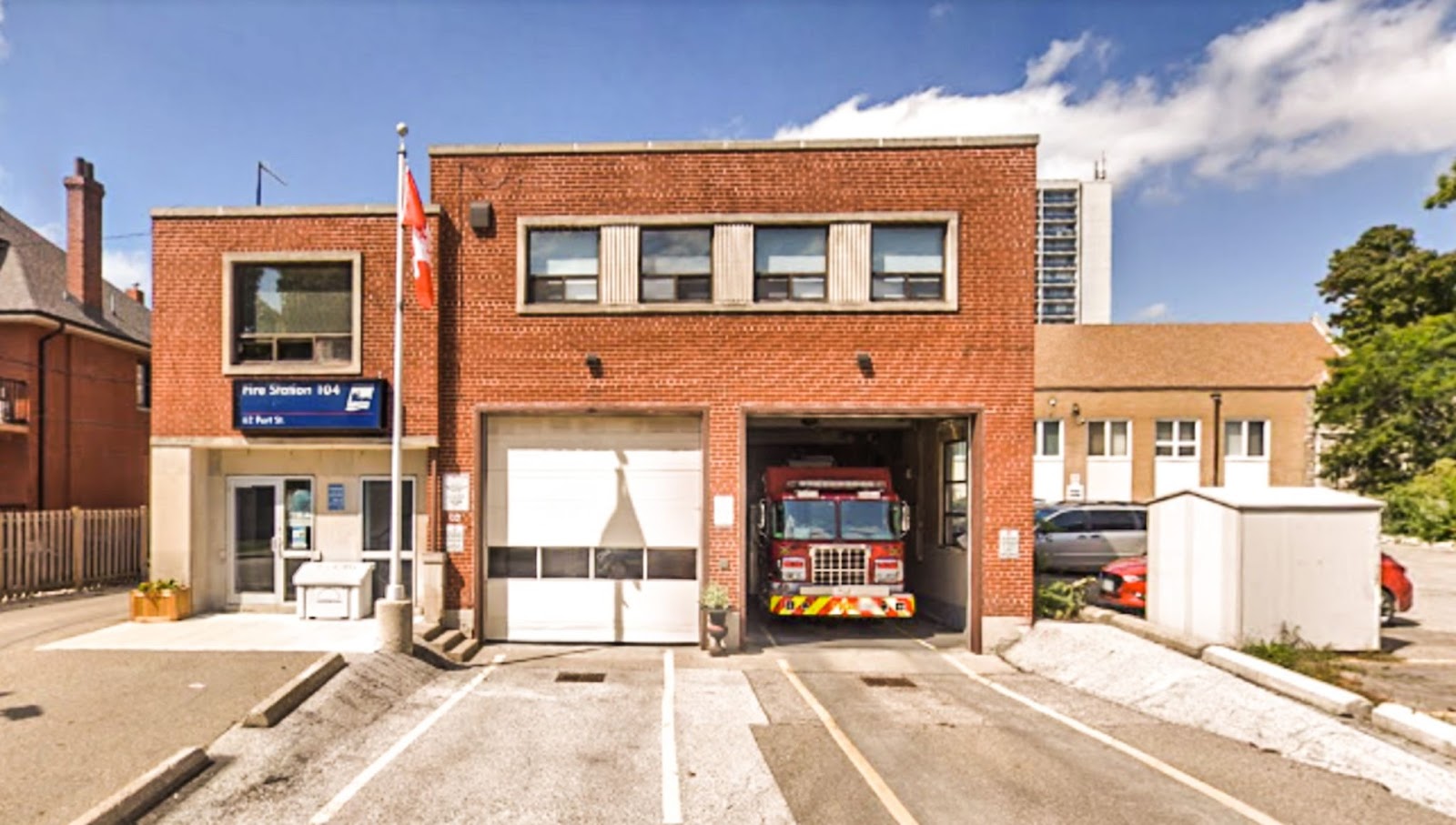 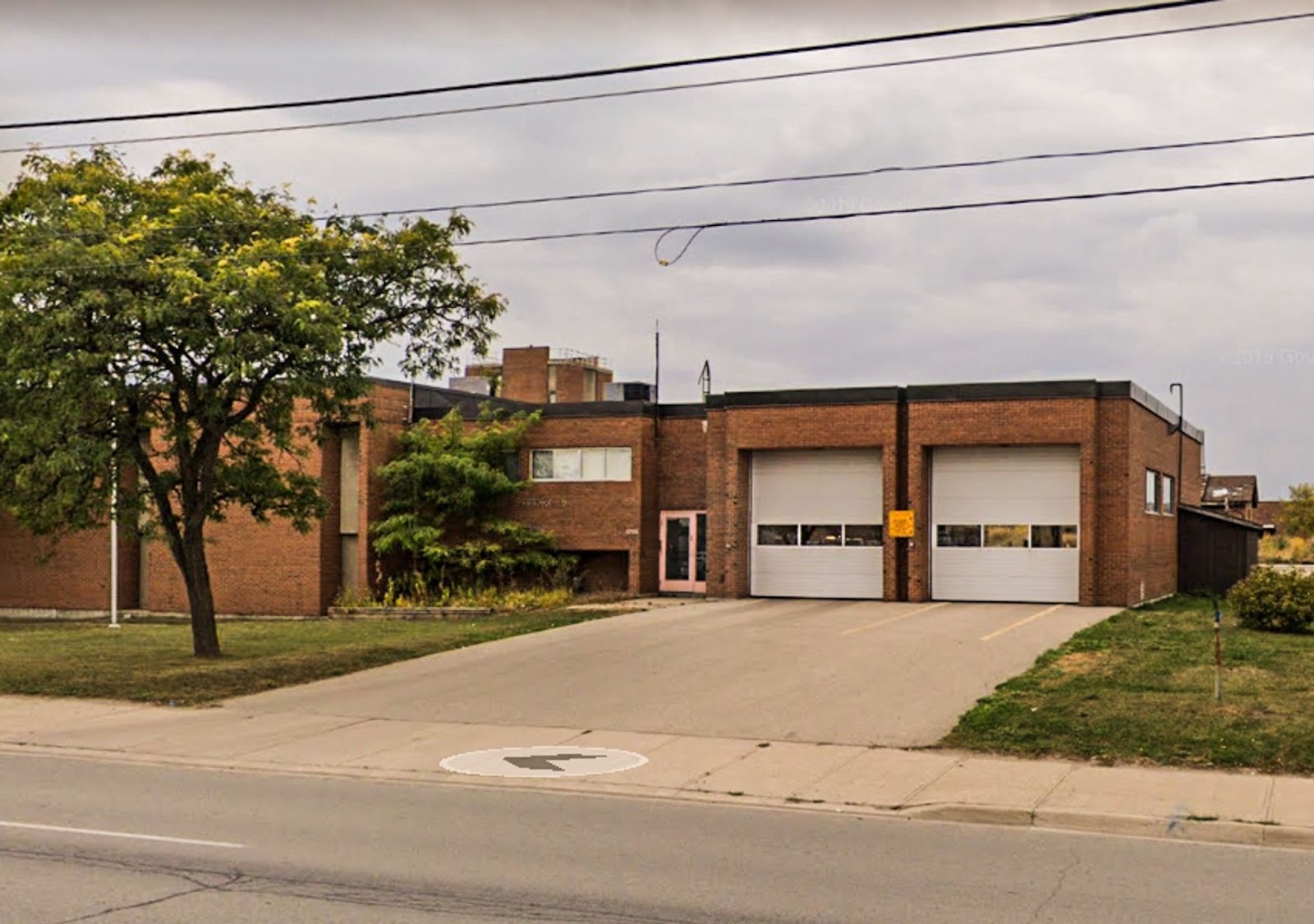 Station 104 (top) and 109 do not have funds being directed towards renovations in 2022, despite both needing significant upgrades.

“Our station requirements are very specific regarding location, size and accessibility features and we have not been able to locate a suitable location as of yet,” Chief Rizzi said in an email to The Pointer about Port Credit’s station.

Missing from the budget entirely is Station 109, which also acts as a fire hall for training purposes. Serving the Britannia and Dixie Road area, the classification of the building overall is “poor,” meaning it is in “very bad shape,” according to the 2019 audit. Previously this station was believed to be beyond upgrading, but now is subject to a $8 million renovation in the future.

The Pointer reached out to Chief Rizzi for clarification on the station’s future.

“Fire Station 109 is identified in the infrastructure renewal plan, and is scheduled for a renovation in 2025/2026,” she said in an email. “The details and scope of the renovation are pending the completion of a feasibility study which is scheduled to be completed in 2022.”

Chief Rizzi also mentioned the asbestos in the building was removed last month and upgrades to the roof, floors, lighting and showers are complete.

She arrived in the city with an incredibly impressive resume and by all early indications the chief knows how to get the job done.

She has two undergraduate degrees from Queen’s University: one in geography, another in education. She has also completed a masters in disaster and emergency management at York University, where this year she has worked toward completion of a Ph.D. in workplace culture, labour relations, policies and power dynamics with regard to women in non-traditional work.

Throw in several certificates — municipal leadership, employment negotiations, (a masters certificate) in public administration — and Rizzi is a leader whose experience is backed by mountains of knowledge.

She has been able to help the city’s approach to emergency preparedness and fire safety, with a clear focus on addressing the root of issues, which usually starts with money.

In addition to the investment in fire stations, MFES is allocating $6.3 million toward fire vehicles and new equipment. Approximately $2.2 million will go specifically to the city’s newest fire station (125) for a truck and equipment. There is an allocation of $4 million for a replacement of fire vehicles which will be funded through debt.

For personal protective equipment the fire budget is setting aside $2.7 million in 2022.

The fire stations won’t be constructed overnight meaning any relief for Mississauga firefighters and improvements to response times will be years down the line. To help lower the pressure on the city and the department’s first responders, the budget is proposing further enhancement of educational initiatives, with the chief’s fingerprints all over the plan.

Educating residents on fire safety, preventing fires before they happen — a large proportion of house fires are the result of careless behaviour, like poorly discarded cigarettes or unmonitored cooking — can help to directly reduce response times by lessening the overall workload.

Approximately 60 percent of fires are caused unintentionally, and data over the past five years illustrates an average of 43 percent of fire calls involved settings with no working smoke alarms.