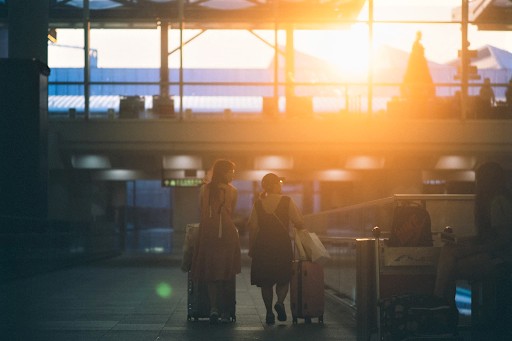 Across the world, Canada’s post-secondary education system is the gateway to a better life.

Families spend their entire life savings in hopes of securing a spot for their children in a Canadian college, university or special professional school, not just to gain an education, but often to open the door to a future in one of the world’s most wealthy, welcoming countries.

For international students in Canada, the education system plays an outsized role in the potential to build a better life. When it works, promising students from around the globe get a world-class education, high-paying job opportunities and a clear path to permanent residency—the dream nurtured by families from a young age.

Amarjot Sandhu, the Progressive Conservative MPP for Brampton West, offers one local example: someone who arrived in Canada just a few years ago to study and now sits as a voice of the people.

The stakes are high when it goes wrong too.

Vulnerable youngsters find themselves falling through the cracks thousands of miles from family and left without support, often with too much already invested to turn around and go home. Years of empirical and anecdotal evidence show these young immigrants are in danger of being exploited by employers and landlords, even criminal elements, increasing the risk they will be forced into precarious labour situations or even prostitution.

Malhotra and several other community organizations are playing a key role in a fight to help thousands of international students struggling across Peel. It’s a situation that has unfolded into a crisis. All three levels of government have a responsibility, as do the post secondary institutions that make huge revenues on the backs of international students who often find themselves forgotten by the colleges, universities and certificate-granting businesses that have mushroomed across the GTA in the last two decades. Advocates are now demanding action from all levels of government and education institutions to end the damaging profit-driven approach to international learning. They want to develop meaningful routes to education, with proper support for housing and temporary employment, aligned with an immigration system that offers a fair pathway to citizenship. 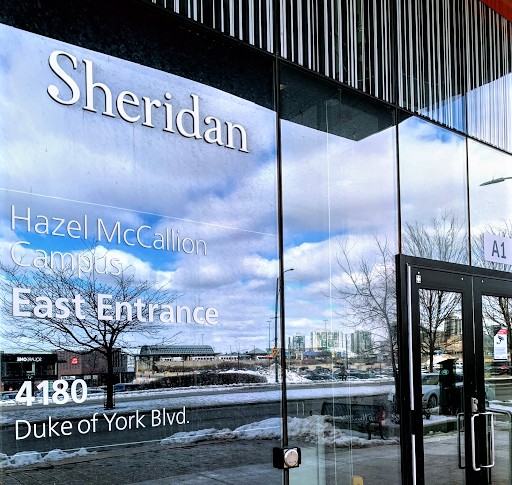 A meteoric increase in international student enrollment in Canada over the past decade is central to the problem.

Targets for the number of international students, who play an outsized role in funding post-secondary education across Ontario, have been a primary consideration of those hoping to improve the situation. The network of supports available to facilitate their success has fallen farther down the priority list. A relatively unregulated industry blurs the line between a legitimate pursuit of education and more tenuous paths to secure a place in Canadian society that are often fraught with risks.

It may seem like a far-away reality to families living in the gabled houses of a Brampton subdivision, but many students who arrive in the Flower City immediately face problems finding housing, a lack of social support and a range of cultural barriers.

A recent surge of grassroots community action has raised the plight of many Brampton international students to the top of the agenda. Early plans are finally being drawn to tackle the issue.

“A lot of the social issues are more concentrated at the college level," Balraj Kahlon, a member of One Voice Canada, an organization advocating for international students, tells The Pointer. "And the reason being, these colleges have gotten into this game of international education; it is a lot of people coming through, for them coming to colleges is a way to get PR (permanent residency). Academics is kind of a secondary thing, it is a means to an end. Whereas people going to university, they have clear academic goals and they may not necessarily settle in Canada."

Colleges and other new players in the education market have changed the profile of international students.

For years, the term was associated with the children of rich families overseas who were sent to study in a new country with plenty of pocket money. Often products of the international school system, populated by business tycoons, entertainers and diplomats, the risks they faced were lowered by a strong financial safety net and resource-rich support circle.

Many of the students who come to Brampton now seeking the Canadian dream don't have the same background. The majority come from India or China and many are not from particularly affluent backgrounds, with their parents investing their entire fortunes in the future of one child.

“In order to afford that, when you do the financial transaction, you’re looking at mortgaging the farm at home,” Malhotra says. “Family puts everything they’ve got into borrowing money to get you into Canada.” 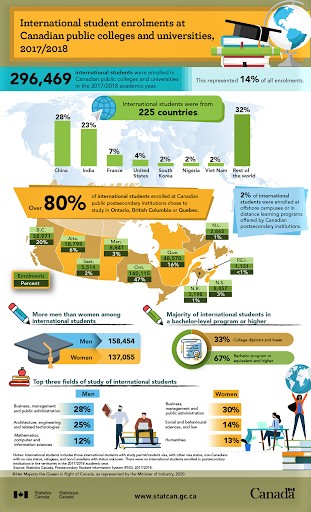 The burden on international students is immense. A report released this week by Indus and Punjabi Community Services scanned established literature and research on the subject to frame a disconcerting picture. The report, entitled Invited & Forgotten: International Students in Crisis, lays out the massive cost of studying in Canada.

Around 2008, universities and colleges looked to increase enrollment and boost revenue but found the lower fees paid by Canadians insufficient. They turned their focus to the international market, where students can be charged four times as much as their Canadian classmates. Over the past ten years, revenue from student fees increased by 218 percent in Canada, with a $3.25 billion increase in the Canadian international education market over roughly the same period.

The average tuition fee for domestic students is $6,822 compared to  $27,613 for international students.

In addition to the exorbitant cost of education, students in Peel’s overheated housing market face unreasonable rent and are only allowed to work 20 hours per week. The factors combine to make for a situation where just one mistake, one misfortune can be ruinous. Many are pushed into the illegal housing market, with Brampton councillors reporting stories of around two-dozen students living in one illegal basement suite. Fire risks and terrible living conditions, including the heightened threat of contracting the virus that causes COVID-19, become part of everyday life for these marginalized students.

Others have been lured into the world of organized crime and drug trafficking. 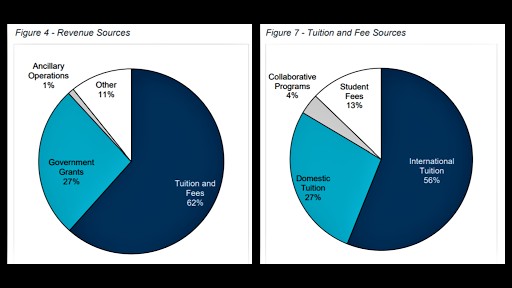 Advocates hope to draw attention to these issues and explore solutions. A flurry of recent delegations at the councils for the City of Brampton and Region of Peel has drawn attention to the plight of international students. It could become a turning point on an issue that has been ignored for far too long.

“The reason why we are kind of targeting the municipal level is people at the federal and provincial level, it’s under their responsibility but they’re not really taking this issue too seriously,” Kahlon says, explaining his motivation after a delegation to the Region of Peel. “Sometimes municipalities will take a stand or voice an issue that’s not being addressed. The hope was that, at the municipal level, they can show some leadership.”

There are plenty of examples of this. Brampton declared a health emergency last year to draw attention to its ongoing issues with provincially managed healthcare, while Mississauga passed a motion earlier this year to oppose the construction of Highway 413, another provincial project.

While the response to Kahlon was muted, Brampton City Council took up the issue Wednesday.

A heavily debated motion moved by Councillor Rowena Santos resolved to take action. Most significantly, in the eyes of Indus, it resolved to lead a round-table process designed to bring key parties together to work on solutions. But her motion had little substance in the way of funding, an actual housing strategy or specific resource-based support to help students in immediate need. Santos basically talked a good game, without offering any actual action.

Community groups and advocates don’t need a table to be brought to, they need money and resources and firm policies to create housing and other desperately needed social supports.

Malhotra says his organization has a series of consultations planned. A small group will frame some of the key issues and potential solutions, before launching engagement sessions like town halls to reach out to Bramptonians.

Sheridan College, which has frustrated advocates through inaction in previous years, is changing tack and has promised to show leadership.

“The first big one is: recognize you have a problem,” Malhotra says. “And that’s why I am so pleased that Brampton Committee of Council felt this way and that Sheridan is beginning to realize they have a role to play.”

Cooperation between various governments is key. Local government is charged with responsibilities like regulating housing and creating zoning while enforcing existing rules to ensure students do not suffer at the hands of slum landlords, while Queen’s Park regulates public colleges and universities. Ottawa is in charge of the country’s immigration targets and the rules that apply to international students.

One change Malhotra would like is a tweak to how the government views international students. The current system does not consider them residents in the same way those with permanent residency are, locking the resources of settlement agencies away from international students who may need them most.

“We have an excellent team of already-funded, already-paid for settlement staff,” Malhotra says. “If you just change that rule, you release an existing resource.”

Over the next few months, several non-profits will continue to push for action from local, provincial and federal governments. An overhaul of the system could allow international students to reach their true potential and make the most of their time in Canada, instead of being in constant danger of neglect and exploitation.

“I just want our hands untied,” Malhotra said. “I want to be able to do what we can do to help these young people, hopefully, study well, grow well and then settle well. They’re Brampton’s future.”