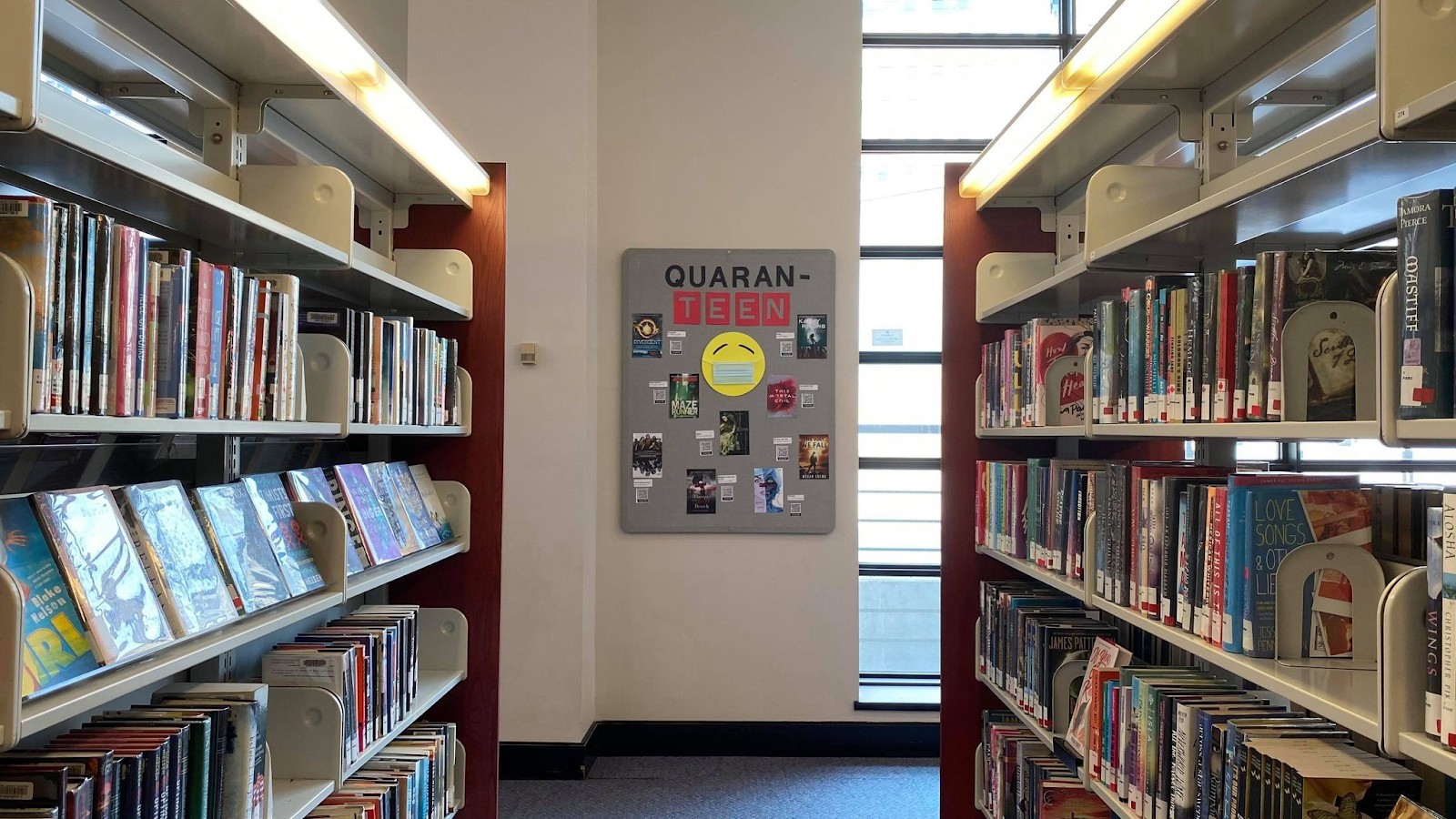 “I have so many friends who are former journalists who became librarians because we’re really idealistic,” Nancy Kranich quips.

Kranich is a special projects research librarian with Rutgers University in New Jersey, she also served as the president of the American Library Association at the turn of the century. Her work has focused on freedom and equitable access to information.

Speaking to the career librarian, it's clear the revolutionary role libraries can — and should — play for cities.

“We represent everyone’s interests, so we protect the minority, not just the majority,” she says. “If we only build our collections around majority interest, we leave out a lot of people and our responsibility is to serve everybody.”

Librarians walk a particularly delicate tightrope. They are tasked with catering to local communities, reflecting all residents across a varied spectrum of belief and even providing space for fringe movements to be explored.

In Mississauga, a disconnect between local government and taxpaying residents makes this more complicated still.

A diversity and equity census completed by the City of Mississauga last year revealed an organization failing to hire or promote staffers reflective of the city as a whole. Throughout the corporation, just 30 percent of employees identified as racialized and only 17 percent of those in a leadership position were non-white. The 2016 Census shows 57 percent of Mississauga residents were visible minorities, a major gap between those making decisions and the people they impact.

According to the internal survey, just 0.6 percent of City employees between the age of 50 and 69 are racialized compared to 50.8 percent of staff aged 30 to 49. The chasm in lived experience between staff and residents means carefully curating library services is a particularly difficult task. The role of librarians is to ensure materials are on hand for all residents, including those who may not have ordered themselves a library card.

“The old approach for librarians and for educators [was] to decide for these people what they need,” Jorge Reina Schement, also a professor at Rutgers University, explains. “The approach Nancy and I have promoted over the years is: let’s let these folks talk; let’s let them talk and communicate to the rest of us where they’re coming from and where they want to go.”

Each collection should be ready for whoever walks through the door. Librarians have to leave their own biases behind, refusing to cave only to those that shout loudest.

“It’s one thing to be responsive to people asking for stuff, but the people who are already marginalized are the least likely to either know what they want or see the library as the place that might get it for them, particularly if they don’t recognize the library as a place that includes them,” Kranich says. “Good librarians need to be proactive, they should be involved with the community.”

The City of Mississauga says it has taken several steps over the past year to confront its internal biases and keep its collection reflective.

The library reviewed materials about Indigenous People last summer, picking through everything published more than 10 years ago and withdrawing anything with "inaccurate information”, a spokesperson told The Pointer. The heading “Indians of North America” was changed to “Indigenous Peoples - Canada”. Staff have also been sent on professional training courses to learn how to build diverse collections and the City’s collection policy has been reviewed to “ensure a balanced approach”. 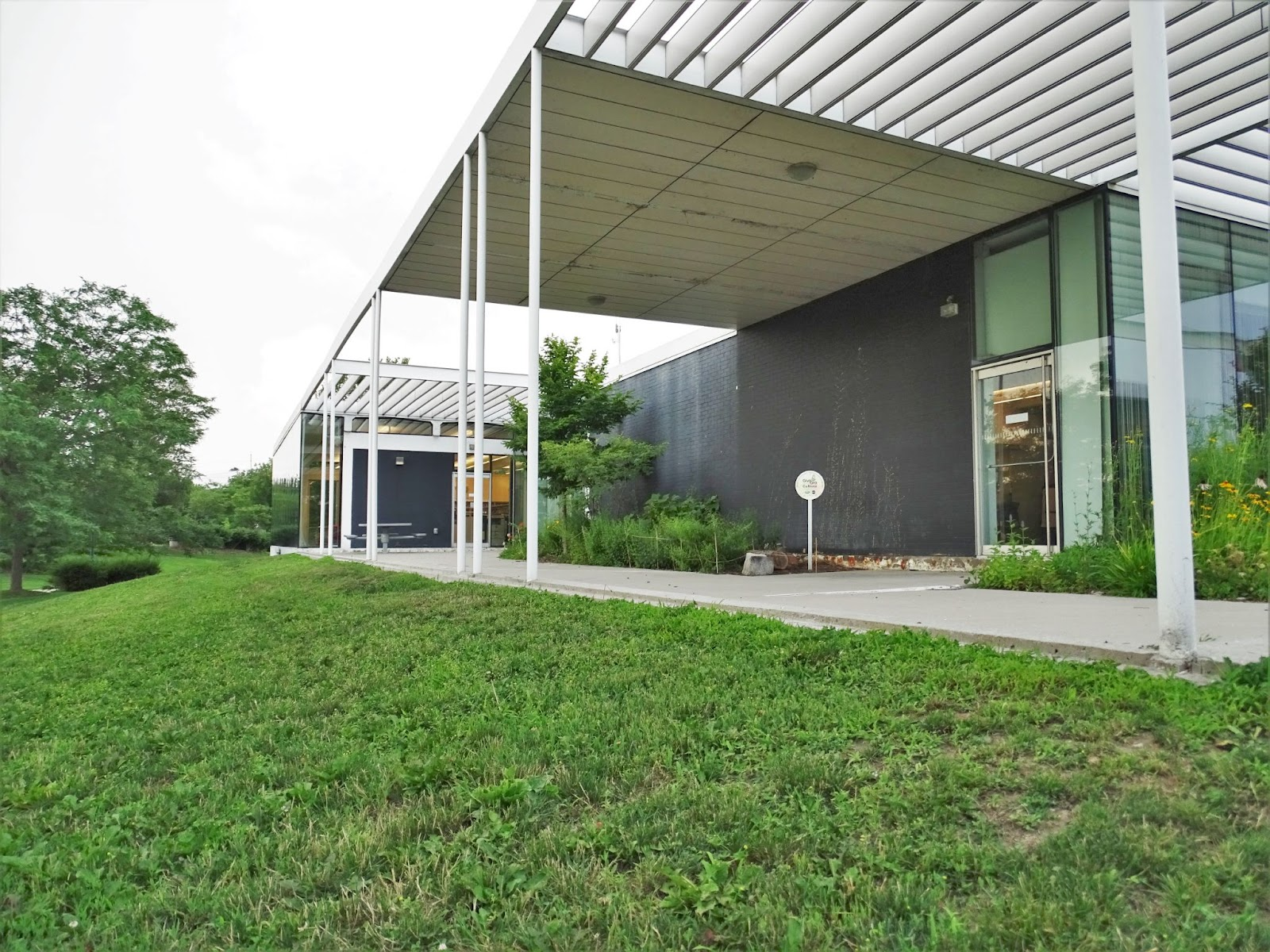 (Image from Natasha O’Neill / The Pointer)

To cater to Mississauga’s diverse population, the library offers a range of materials in different languages. The census informs which unofficial languages materials should be provided in. This means Mississauga’s various diaspora communities should be reflected in the City’s collection, although the length of time between census studies creates a delay.

“The Library uses a specialized multilingual vendor with extensive experience procuring materials in languages other than English and French for Canadian public libraries,” the City said. “The Library has invested in cataloguing non-English materials for easier access to materials in the catalogue.”

The committee in charge of selecting materials for Mississauga’s libraries is made up of three professional librarians. There are no non-English speakers among the trio, which includes one non-white staffer.

The library’s selection criteria lays out the rules and principles the system has to follow. The document highlights how a diversity of religious texts is important to the collection and reiterates the place for controversial books or views.

“No ideas have universal acceptance and no item is automatically included or excluded from the library collection only because it contains frank or coarse language or deals with controversial topics,” it reads.

The document includes one qualifier: “The Library does not keep, acquire or purchase material that Canadian courts have found to be obscene, hate propaganda or seditious.” 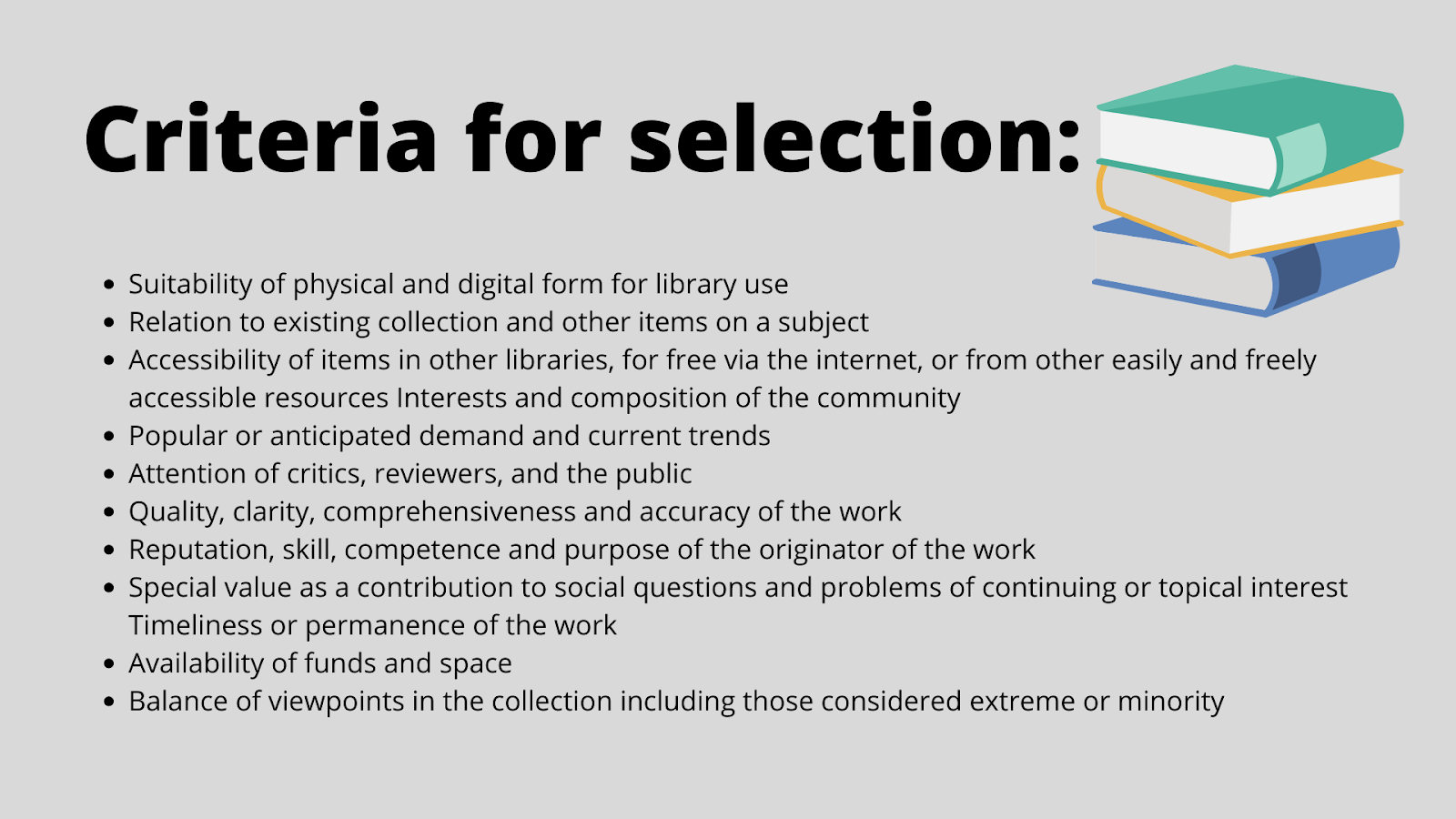 A brief online search shows a library living up to its word. Its digital catalogue includes six copies of Adolf Hitlers Mein Kampf: My Struggle (three written, three DVDs). There is also a copy of a book published by Andrew Wakefield, whose widely criticized 1998 study of vaccines and autism is linked with significant vaccine hesitancy.

According to statistics provided by the City, there are many copies of The Bible. Across the system, there are 19 copies of The Bible, seven of The Vedas, five of The Quran and two of The Sutras. “The Library has a wide array of supporting materials in a variety of formats on Christianity, Islam, Hinduism, Buddhism and other major religious groups,” the City said. “For example, the collection includes 362 items about Islam with books, digital resources, DVDs, audiobooks and materials for children.”

Working to represent the local community accurately is complicated.

Librarians must listen, reflect and also lead. Broad issues, including a focus on anti-Black racism and Black history, impact different people in any number of ways.

The discovery of remains on the grounds of former residential schools across Canada throws a difficult question at librarians, for example. Mississauga, with an Indigenous name in the City’s title, has a problematic local history that needs to be separated from some of the broader issues sweeping Canada.

Understanding these internal biases within the corporation and ensuring they do not seep into the library collection is key. It is by having a finger on the pulse of the local community, a broad education and a readiness to listen that all help librarians truly serve.

“There is only your community and the roots and interests of your community,” Schement says. “People of African descent in Canada come from different sources at different times, different kinds of immigrants. Whatever your community has, that’s the relevant place to start. It doesn’t make sense to bring in the first volume about slavery in the southern United States, it may make more sense to identify historical volumes of escaped slaves from the American revolution, or of recent immigrations from the Carribean or Africa.”

As the internet has reshaped how libraries serve people, the role of librarians has only grown more complex. Laptop lending schemes, printing facilities and digital literacy courses have become increasingly important, while the loan of e-books has soared. In Mississauga, a particularly bold scheme loans WiFi hotspots (or dongles) to residents, offering internet access to take home for up to a week.

“The library really strongly believes in equity of access to information,” Jennifer Stirling, director of library services, previously told The Pointer. “We continue to look for ways to support customers who fall below the digital divide and understand that this has been exacerbated throughout the pandemic.”

Librarians have immense responsibility to provide carefully curated collections for their residents. They must reflect the beliefs and needs of their residents without sidelining minority views and helping to elevate all who walk through their doors.

This work is incomplete if libraries fail to reach the people who need them most.

“A lot of marginalized populations don’t trust institutions, so we have to find ways, first of all, to be diverse so we look more like them. And we’re working hard on that, but it's really a challenge,” Kranich says. “Our commitment is to connecting with everyone in the communities and that is a large part our responsibility. It’s not up to them to come knocking on our door, it is up to us to go knocking on their door.”