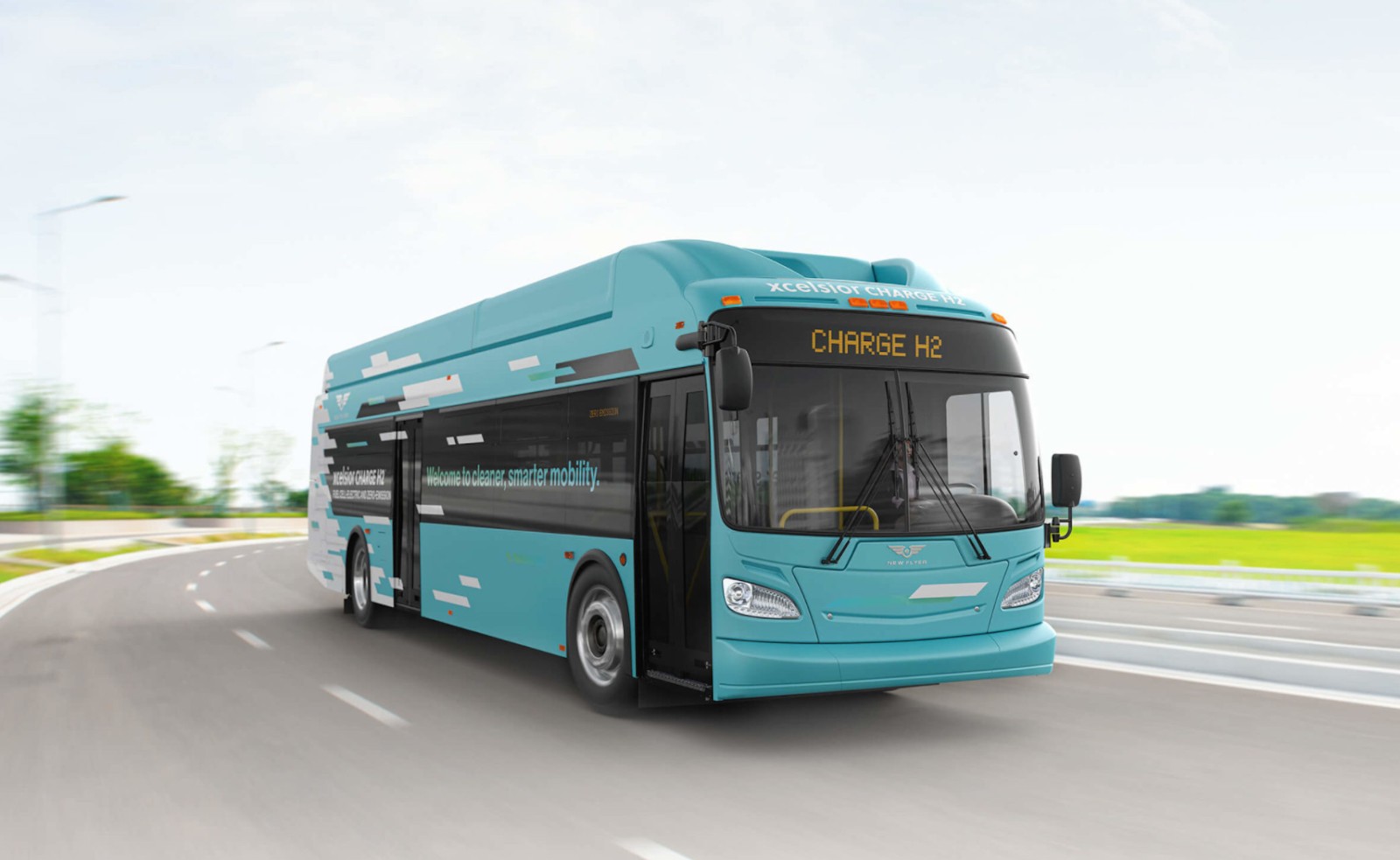 The 40-foot bus comes to a stop on Derry Road. It barely makes a sound.

LED headlights wink like eyes squinting in low light, glass windshield and metal roof melt into one another. With its rounded edges and seamless joints, the hydrogen bus is the iPhone of municipal transit vehicles, and the City of Mississauga wants to see them gliding along its streets in the years to come.

The ultra-modern bus stands in contrast to some of MiWay’s diesel fleet, currently nearing the end of the road. For these beleaguered buses, the past 12 years have meant people sticking gum to the floor or putting muddy shoes on the seats. They have belched smog into the air, the vibration of combustion engines shaking the floors as they work overtime.

This loud, grimey public transit experience is one Mississauga wants to leave in the past. MiWay, its transit agency, hopes sleek and comfortable modern buses powered by the lightest element on the planet will pave the way for future expansion.

To achieve this, Mississauga is pushing forward a first-of-its-kind Canadian pilot for hydrogen transit. It plans to prove the fuel is a viable successor to diesel and an alternative to the battery-powered electric buses Brampton, among other jurisdictions, is piloting.

A range of companies have been brought together by the Canadian Urban Transit Research & Innovation Consortium (CUTRIC) to bring the project to life. MiWay, which has wanted to demonstrate hydrogen buses for years, is the champion transit agency, alongside New Flyer Industries, tasked with providing and maintaining 10 buses for the project. Ballard Power Systems will develop fuel stacks (used to create the electricity that moves the bus), while Cummins (formerly Hydrogenics based in Mississauga) will work alongside Enbridge in Markham to deliver hydrogen for Mississauga to power its buses. 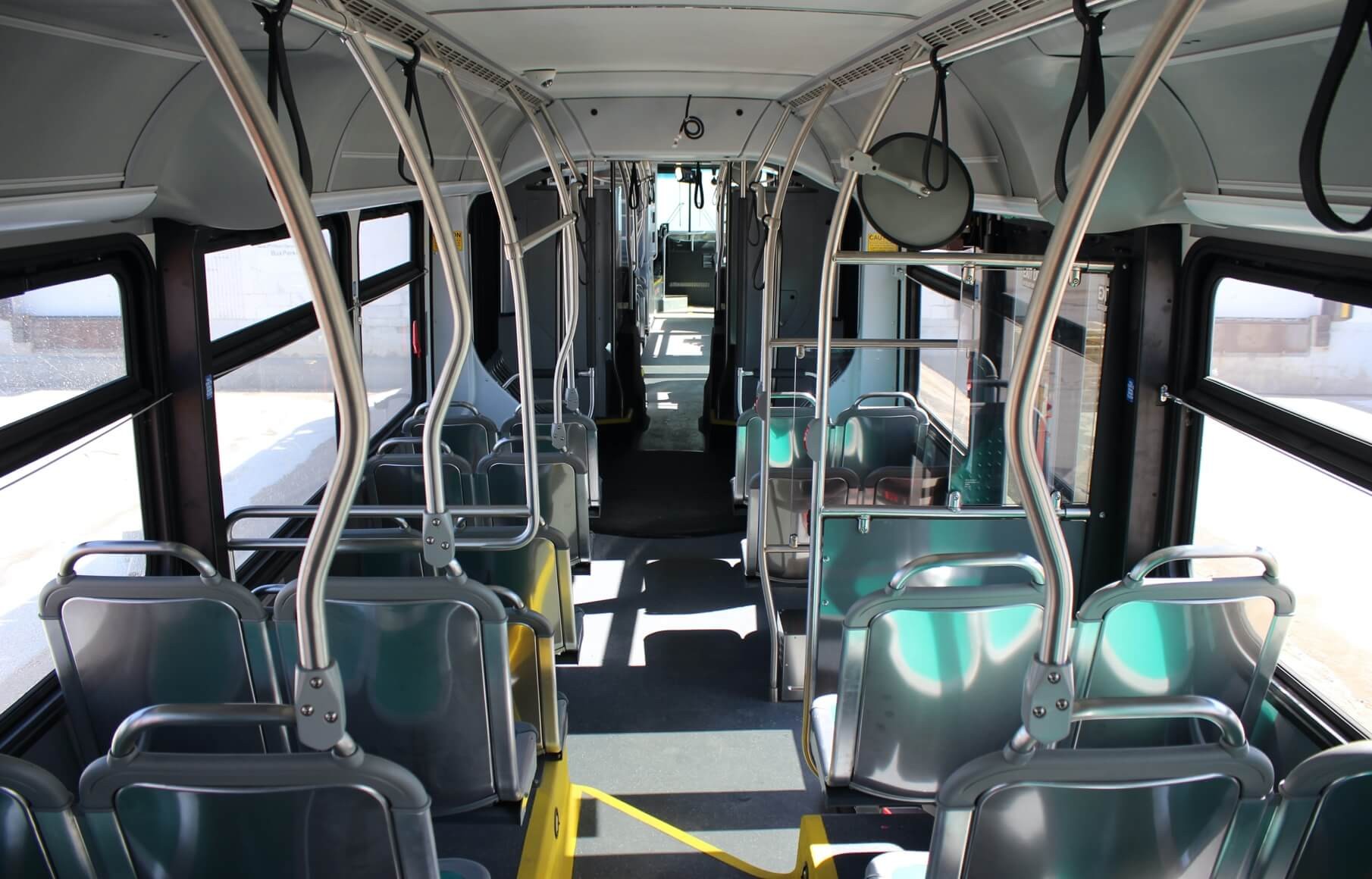 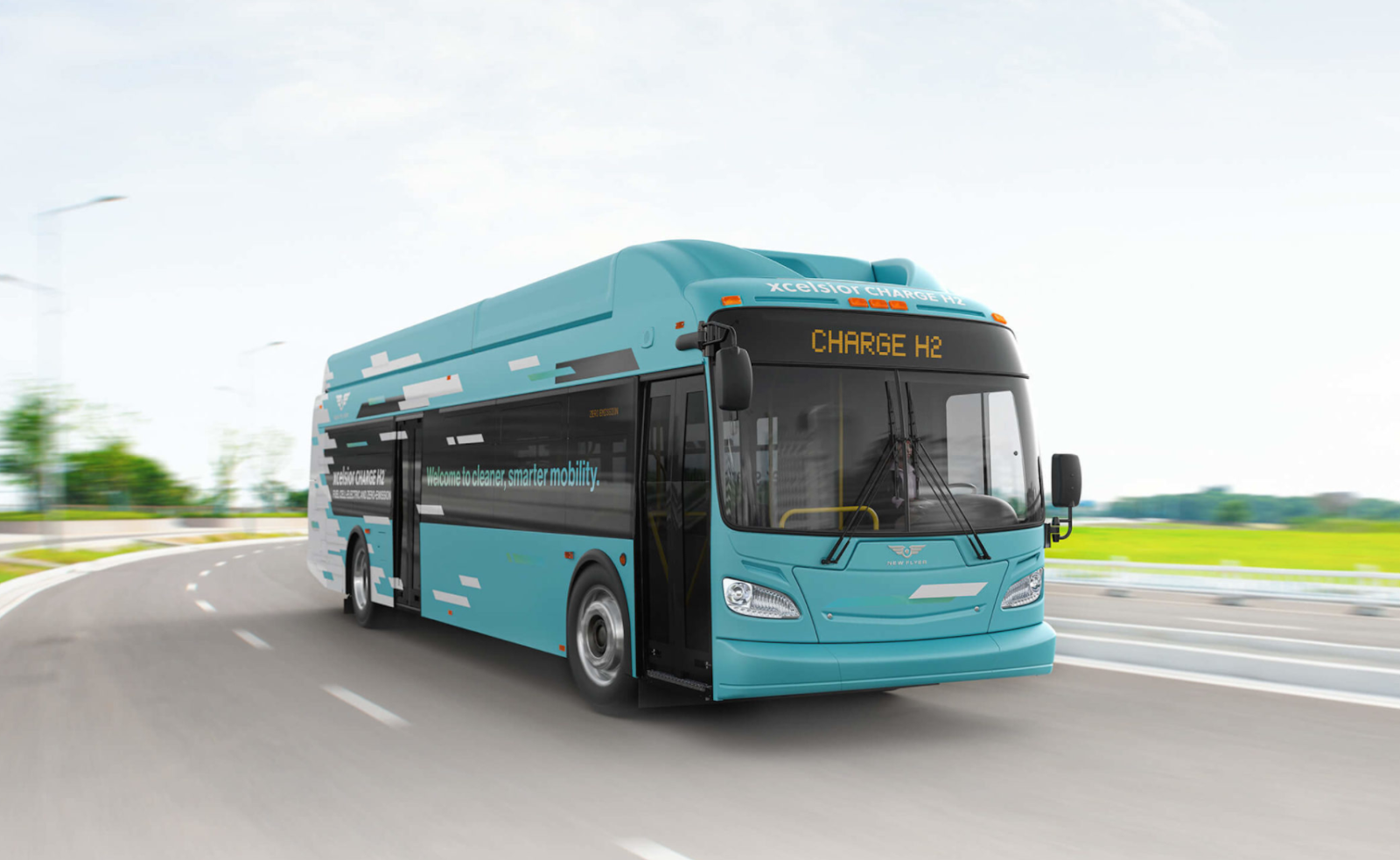 The pilot is MiWay’s second attempt to put hydrogen buses on the road, after its previous plan was scuppered by the PCs after the 2018 election.

The scheme had been built on the Liberal cap-in-trade program, a system mandating companies to purchase additional carbon allowances if they exceeded specific emissions. In order to avoid paying penalties, CRH - a cement company with operations in Mississauga - had partnered with MiWay to produce hydrogen from its emissions. When the cap-in-trade program was scrapped by the incoming PC government, CRH no longer needed to produce hydrogen with MiWay and the plan crumbled.

CUTRIC now says there is another option to push hydrogen in Mississauga through new federal funding streams. MiWay, CUTRIC and its various partners are in the process of writing a funding proposal that will be sent to the Ministry of Infrastructure and Natural Resources Canada.

A Mississauga staff report says the proposal will be submitted by the end of June. The value of the request is unclear, but an October cost estimate suggested $11 million to help purchase 10 buses and $7 million to subsidize hydrogen fuel before fleet expansion brings economies of scale.

If it is successful in securing help from Ottawa, Mississauga plans to run 10 forty-foot hydrogen buses from its Malton transit facility.

“The 10 buses to start with are a fleet demonstrator that will help them learn everything they need to know about the training, the facility, the fueling and all the things that for sure will go wrong in a first deployment,” Josipa Petrunic, executive director and CEO of CUTRIC, said during a recent panel discussion at CUTRIC’s annual Low Carbon Smart Mobility conference. “You cannot easily deploy one or two buses in any meaningful way for hydrogen. The fundamental issue is you can’t build fueling supply change, you can’t plan for your facility and it’s not scalable, so it’s kind of a waste of taxpayer dollars.”

MiWay’s potential investment in 10 hydrogen buses would allow the transit service to scale its zero-emissions fleet in the future. Its fuelling infrastructure would need incremental changes rather than a complete overhaul to support new vehicles. 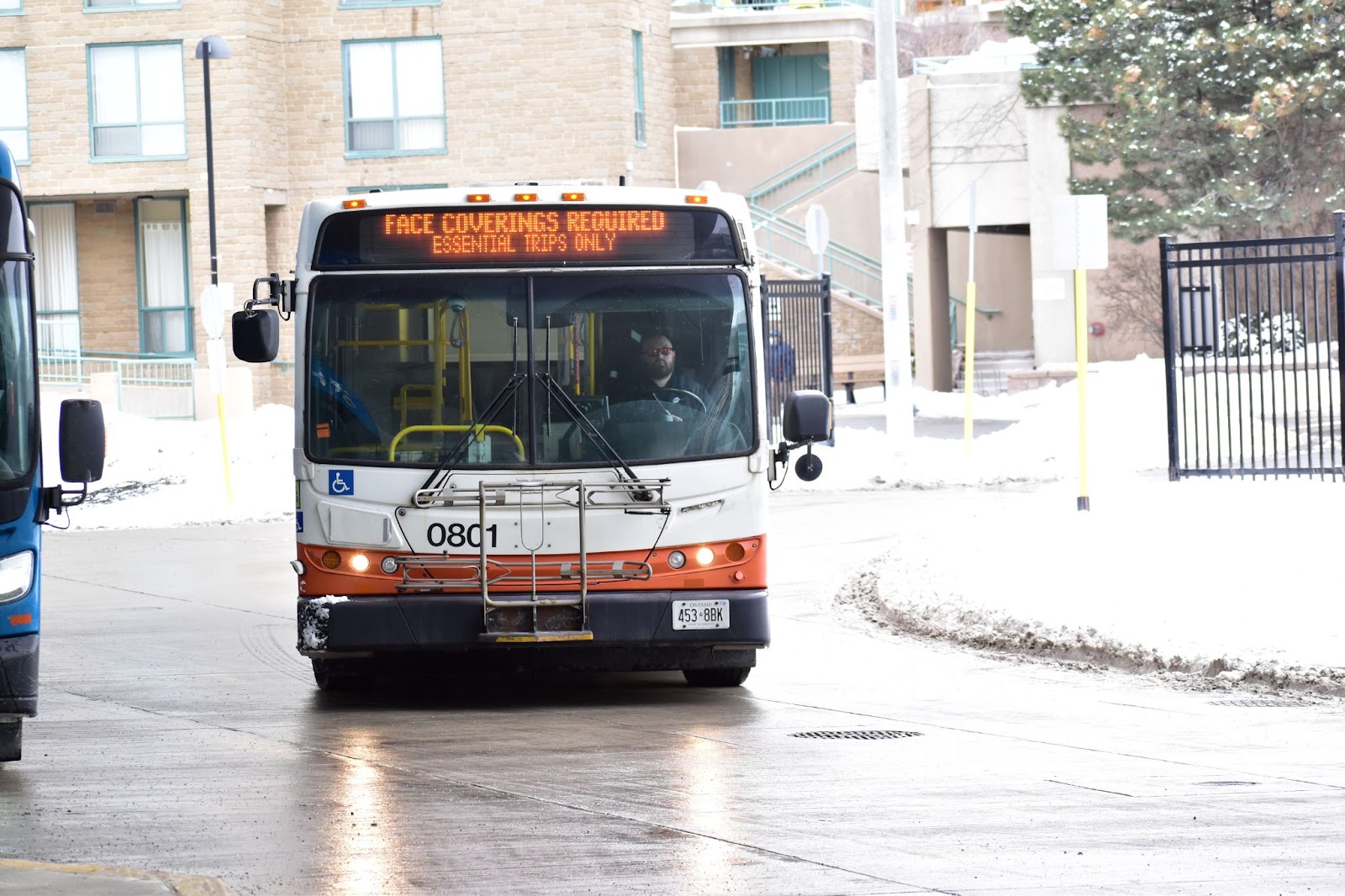 MiWay needs to revamp its diesel fleet in order to modernize and meet emissions targets.

Geoff Marinoff, director of MiWay, previously told The Pointer hydrogen buses cost roughly $1.1 million more than their diesel counterparts, totallying $1.7 million per bus. He said the plan is for Mississauga to budget its standard $600,000 unit cost and ask Ottawa to fund the difference.

Despite initial barriers to setting up a hydrogen bus network, the system has a slew of benefits on paper.

Unlike battery-powered buses, which can require lengthy breaks to charge, hydrogen models can be refueled in roughly 10 minutes (compared to five minutes for diesel buses). The vehicles also boast significant mileage on a single tank: a test in Orange County, California, showed they could travel 560 kilometres in one go, compared to the 250 kilometres average MiWay buses currently travel. If these figures hold true in Canada’s frosty winter climate, hydrogen buses could sidestep the need for on-street infrastructure that battery-powered buses require. Mississauga could begin to directly swap out its diesel buses for hydrogen without streetscape changes.

“The Malton facility does not currently meet the energy requirements to operate battery-electric buses,” a June Mississauga staff report explains. “MiWay also does not own all of the on-street infrastructure such as stations and terminals, therefore opportunity charging is limited.”

All of this is yet to be set in stone, waiting for a funding commitment from other levels of government. Councillors in Mississauga have approved less than $50,000 so far for MiWay to participate in a feasibility study led by CUTRIC to determine what is required to potentially fully transition its fleet to hydrogen power. The study began in April 2021 and is expected to be finished by April 2022.

The success of the pilot project is inextricably linked to Mississauga’s environmental goals. According to Mississauga’s 2019 climate change master plan, 67 percent of the City’s emissions come from its transit fleet, meaning lowering the municipality’s greenhouse gas (GHG) emissions can only be achieved through changes to how its buses run.

In October, Marinoff told councillors the City had to immediately end its purchase of diesel buses to avoid missing its goals. Mississauga plans to reduce its emissions to 40 percent of 1990 levels by 2030, dropping to 80 percent by the year 2050.

“In order to meet the City’s GHG target, MiWay cannot purchase any conventional diesel buses moving forward, and will be required to purchase hybrid-electric and electric buses with little to no emissions,” an October report signed off by MiWay’s director states.

During CUTRIC’s recent conference, Stephen Bacchus, MiWay transit fleet manager, said a second and more onerous transition was on the horizon. To meet climate targets, hybrid buses alone will not be enough to carry Mississauga’s ambitions. Bacchus says 2028 is a preliminary estimation for when MiWay will need to move to the exclusive purchase of zero emissions buses to achieve the City’s GHG goals. 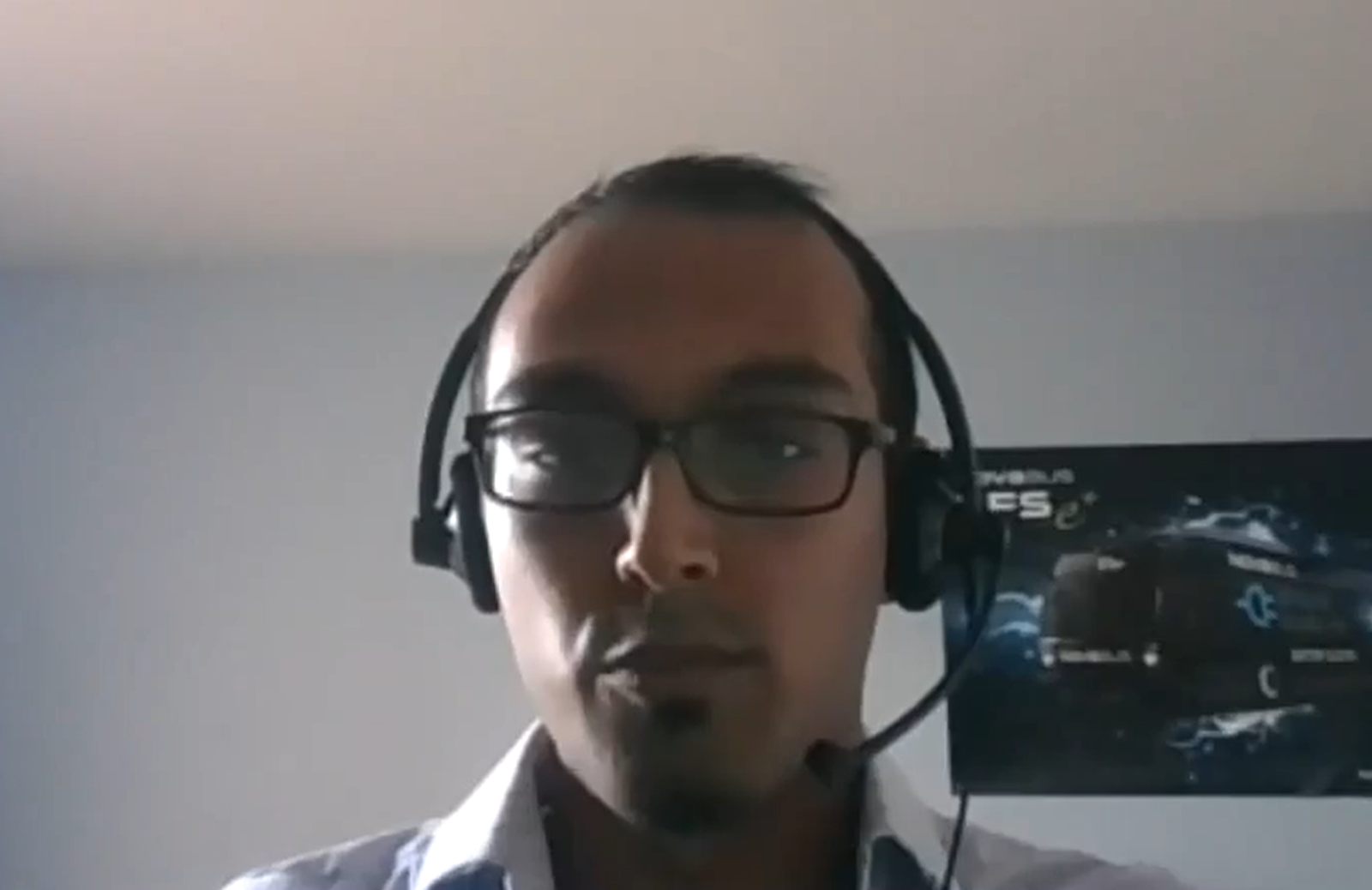 Stephen Bacchus was one of several people associated with the MiWay pilot who spoke virtually at CUTRIC’s Low Carbon Smart Mobility conference.

Although it is still early, a range of companies and stakeholders are hanging their hopes on Mississauga’s hydrogen trial.

The technology allows MiWay to avoid building on-street charging infrastructure. It will also play a key role in Mississauga’s hopes of lowering its carbon emissions and provide a smooth, modern bus that could even attract leisure transit users in the City.

“In essence this project links all of the hydrogen technology developers in the Canadian ecosystem,” Stephanie Laubenstein, director of sales and business development for New Flyer, said during CUTRIC’s conference. “We’re very excited to be a part of it.”