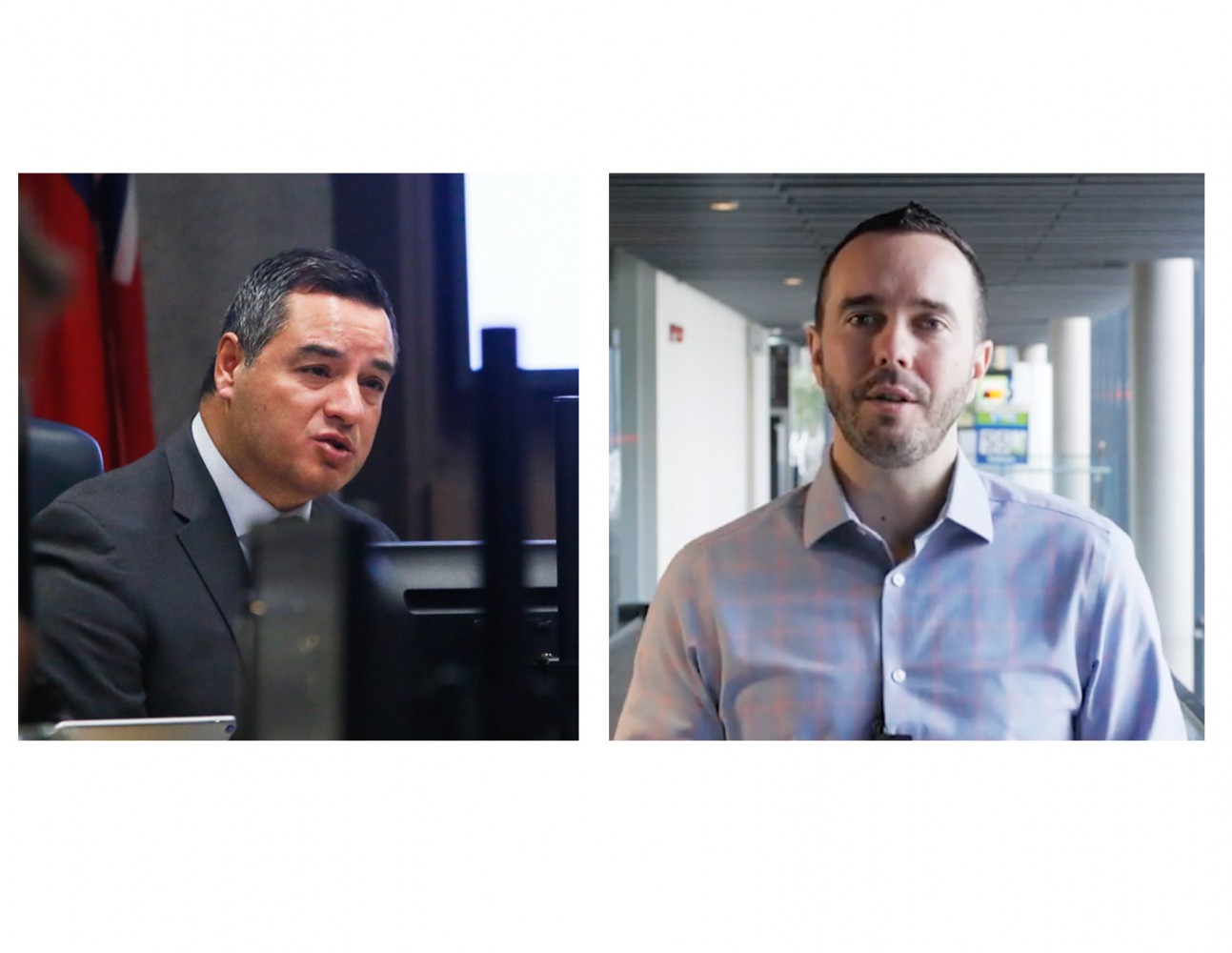 Brampton City Council voted Wednesday to immediately strip Chief Administrative Officer David Barrick of his control over the internal audit function. It has now been restored to council after it was revealed an audit report examining employee benefits was significantly altered before it was shared publicly.

“I want us to go back to the previous charter immediately,” Regional Councillor Martin Medeiros, chair of the audit committee, demanded at Wednesday’s Council meeting, stating “several events” have made clear that the current charter does not allow the oversight function to operate independently.

Included in this long list of troubling behaviour under Barrick’s watch are changes to the employee benefits audit report discussed at the audit committee Tuesday. The report was created February 11, after an extensive probe, by former audit director Satinder (Sunny) Kalkat and shared with Medeiros before Barrick removed her from the position after less than a year.

After the meeting, Medeiros shared a copy of the original report with The Pointer.

Kalkat’s topline audit categorization was for “Significant Improvement”, which is required for proper compliance in the way HR manages contracts, reviews invoices, and identifies potential fraud related to employee benefits. Of the 11 audit findings outlined in the original draft, only three made it into the dramatically altered report presented to audit committee Tuesday.

The altered report states in the topline categorization that “Improvement Required” to address issues.

The original report by Kalkat, a highly experienced audit professional who supervised the audit of the HR benefits program, included numerous findings that were categorized as “Priority 1”, indicating serious problems and the need for immediate corrective action.

Every single one of these findings was removed from the altered report, which includes no Priority 1 issues, despite millions of dollars that were overpaid by the City to its benefits insurance provider, before the problems were discovered and the money was recouped.

Medeiros was frustrated with the secretive decision to quietly make the changes after Kalkat’s contract was not renewed and questioned interim director of internal audit, Richard Gervais, about the dramatic alteration to minimize the investigation’s findings. Gervais appeared surprised upon learning Medeiros, as chair, had been given a copy of the original audit report and said he was not aware of this.

He said there were some “findings that I could not defend when I understand the business context and the issues around it.” He did not explain what specific findings he couldn’t “defend” and why he could not defend them. Gervais has far less experience handling such an audit and was thrown into the acting role when Barrick parted ways with Kalkat, who had directly overseen the investigation.

“I needed to be comfortable with the wording and the framing of the report,” Gervais claimed, confusing Medeiros and other committee members. The Chair told The Pointer that it makes no sense to remove key investigative findings backed by documented evidence and then claim this was done because of the “wording and the framing”.

The brazen removal of evidence and key audit information could put the City and its taxpayers at further risk.

Medeiros said it was obvious the dramatic alteration was done to protect those in HR responsible for the alarming mismanagement of the benefits program.

The dismissive answer made Medeiros suspicious, “especially knowing the HR director [Sandeep Aujla] refused to sign off on the original report, as communicated to me by the former internal auditor during my briefing with her before her contract was [not renewed] by the CAO,” he told The Pointer Tuesday.

Medeiros said he confirmed the original draft report was also shared with vice-chair of audit, Councillor Rowena Santos, who did not raise this Tuesday, and the City’s legal department.

Aujla was hired by Barrick. The secretive changes confirmed to Medeiros that the internal audit function was not operating with full independence.

Council’s oversight of the internal audit department, a key tool to hold staff accountable, was greatly eroded when Barrick changed the internal audit charter and ordered audit reports be presented to himself and other heads of departments before being shared with council through the audit committee.

One finding discussed in both versions of the HR audit report was the City overpaying its benefits provider Manulife by $2.4 million when it switched from brand-name drugs to generic drugs, reported to be 2.5 times cheaper.

“There were four planned changes made over four years that were to save us money, and at each point there was a failure in the system to actually complete the change,” Gervais said Tuesday.

His final report failed to state Manulife only discovered the issue when internal audit, headed by Kalkat at the time, informed the plan provider of the upcoming audit, leading to their own independent analysis. 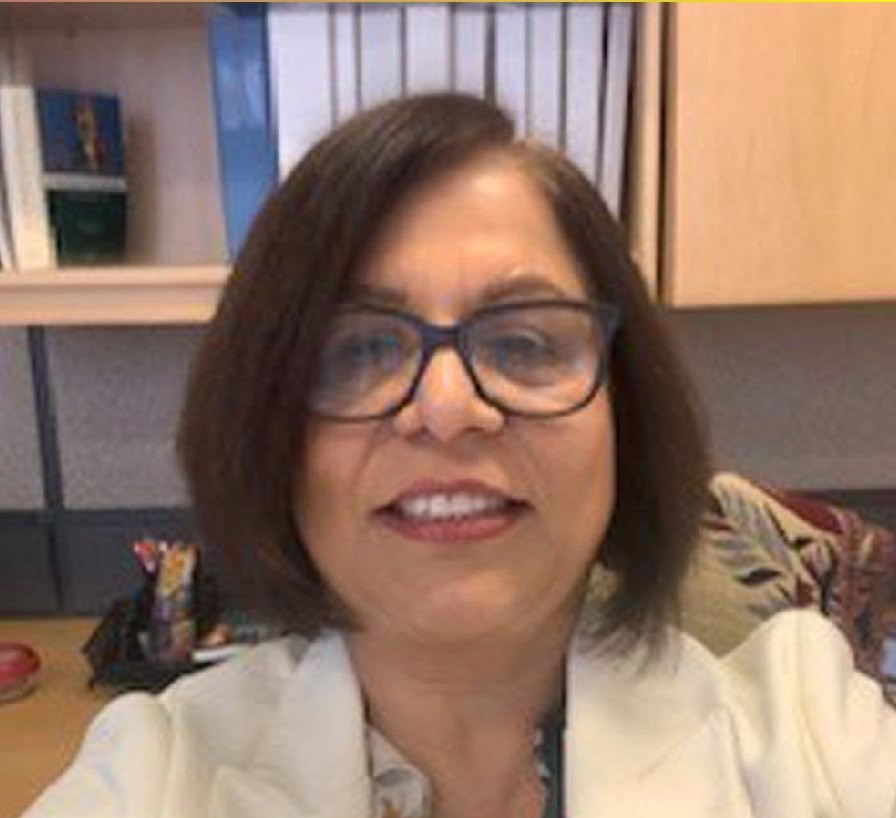 When Medeiros asked Gervais to explain how HR could let such a large sum go unnoticed, he did not answer the question directly.

Aujla put the blame on the benefits provider and their “human error”, stating solutions will be discussed with Manulife to ensure this doesn’t happen again. She did not explain why her department allowed the wrong types of medication to be claimed and failed to catch the vast overpayment before Kalkat’s audit discovered what was happening.

Barrick, who is facing an independent investigation on allegations of misconduct made by former employee Gurdeep (Nikki) Kaur, has consistently denied any involvement in changing the internal audit charter and said on several occasions the department always reported directly to the CAO.

This is not factual. Councillors have repeatedly called Barrick out for misleading the public and have made clear that prior to his changes to the audit charter the department was completely independent from the CAO and reported directly to Council.

In his continuing act of self defence, he pointed a finger at audit committee members during Tuesday’s meeting as the ones who voted to approve changes to the charter.

City Councillor Jeff Bowman confronted Barrick for the second time in the last two weeks, saying this was not something audit committee approved. Several councillors believe Barrick misled them by failing to highlight the new charter called for audit reports to be shared with the CAO and department heads before being presented to council, a practice not accepted by audit professionals, as it strips the accountability function of its crucial independence.

Medeiros echoed Bowman’s stance: “The changes to the charter were requested by the CAO to give him hiring and firing power over the head of audit and other reporting powers to him. That authority was previously with Council through the audit committee, but the CAO then tried to mislead the audit committee, claiming Council requested the changes,” he told The Pointer Tuesday.

Bowman initially questioned Barrick over his role at Committee of Council last week during discussions to adopt an auditor general model to hold staff accountable. Council has yet to make a final decision on the hiring of an independent auditor general with broad investigative powers.

Approved in September 2020, the charter debated by Council shifted the audit department from being an independent service designed to improve City operations by providing autonomous investigations and insight; to serving the CAO, audit committee and senior management to assist them in “maintaining proper systems of internal controls.”

As Abid Zaman, a citizen member of the audit committee, put it Tuesday, internal audit was changed to function as “a member of staff rather than an independent body,” because the very people it was supposed to investigate had power over the outcome.

Medeiros wanted to ensure the new charter council approved Wednesday, adopted from March 2019, would not be influenced by staff in any way.

His motion to remove all the CAO’s authority over the internal audit department and return the charter to its previous form passed unanimously, stripping Barrick of his ability to influence internal audit work going forward.

The CAO will now only provide administrative support, for example, ensuring the internal audit department receives the proper budget approved by Council to carry out its independent work. 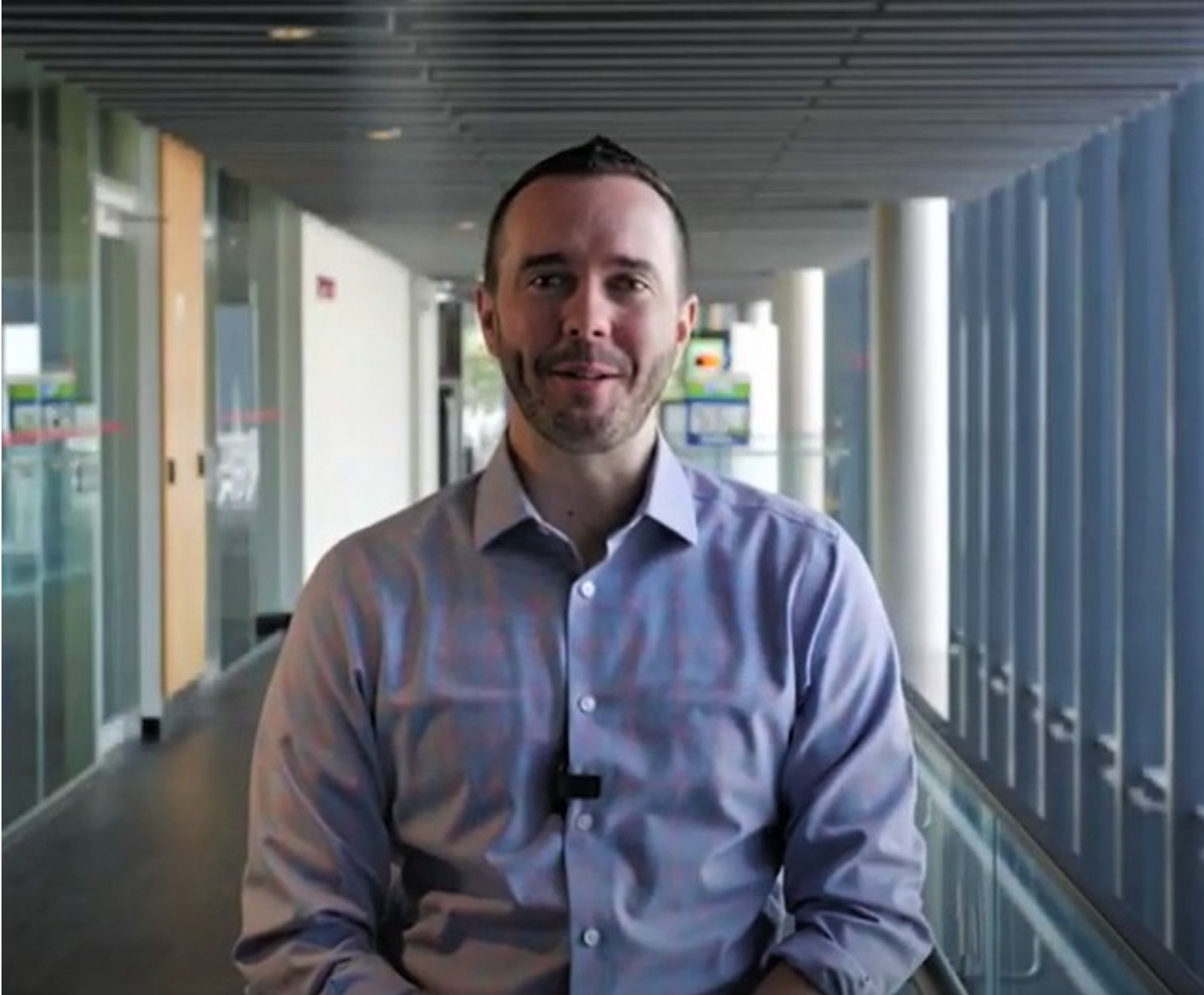 Barrick had claimed the previous audit charter did not conform with the Municipal Act. Medeiros said the previous charter did follow the Act. This was confirmed to him by knowledgeable staff members, including previous internal audit director Foruzan Velji, who worked for the City for several years, and other legal experts at the time.

“I do take objection and take issue with comments from staff where it stated that in their opinion, and respectfully, that it doesn't conform with the Municipal Act.”

Medeiros believes advice staff under Barrick gave when the 2020 charter was approved in September was not accurate, creating a situation where councillors felt misguided with the information they received. 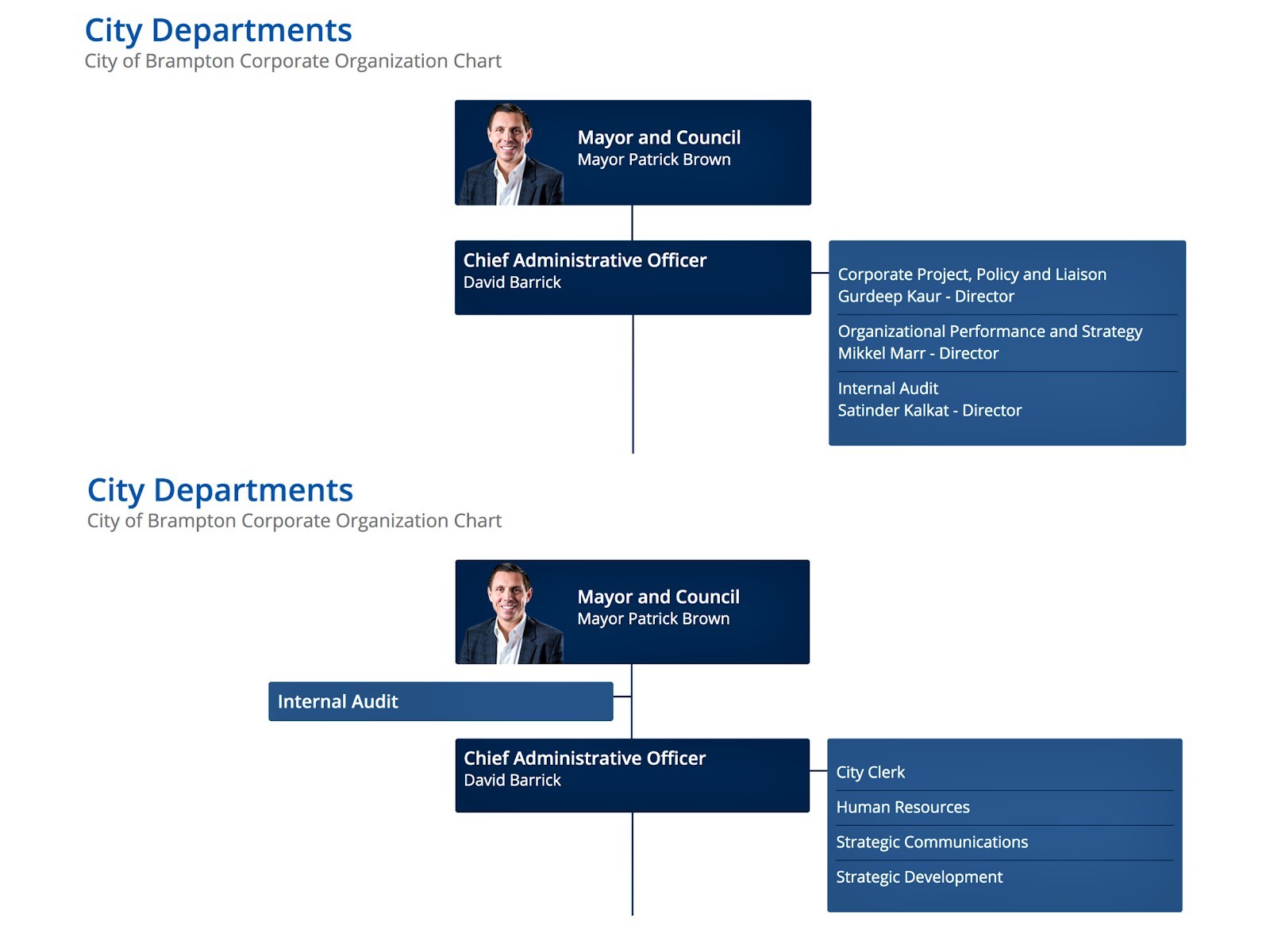 The internal audit reporting structure in February (top) after CAO David Barrick quietly changed it, and the independent structure before the change (bottom). 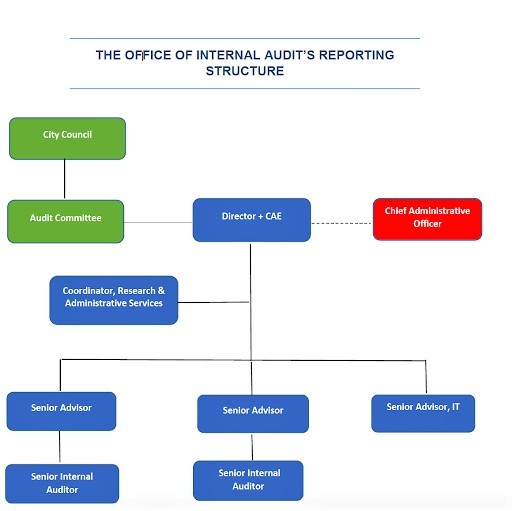 The independent internal audit structure in 2017

All of the reports addressed at the audit committee Tuesday circled back to the problematic involvement of the CAO and other senior staffers.

Committee members demanded to know why 28 staff complaints made to the Corporate Fraud Prevention Hotline, set up to allow employees to share concerns of fraud anonymously, were closed by management after being handed to a third party for a review, without audit committee knowing about it.

Kaur, who leveled allegations of corruption against Barrick last month through an email sent to staff, councillors and media, told The Pointer she didn’t launch a complaint through the hotline because “the CAO controlled the entire process.”

“They say whistleblowers will be protected, but look what they did to me,” she said.

Kaur was fired by Barrick hours after the email was shared.

Barrick, who reviewed and signed off on the employee benefits report, responded to criticism from committee members by bringing in a representative from KPMG, to break down the “the industry standard perspective” of audit reports being presented to management before council receives them. The representative’s presence was not shared with the chair or the rest of the committee prior to the meeting.

“I don't know who this person is and what this person's function is and why we're not notified before, so this could go on the agenda,” Medeiros said during Barrick’s introduction of KPMG’s representative, Nick Rolfe. It’s not clear what his background in public sector auditing is. It’s also unclear why an auditor general or another professional who works in the municipal auditing sphere was not brought in.

Medeiros asked who invited him.

After a moment of silence, Rolfe said Barrick asked him to attend.

Medeiros then said Barrick tried to “spring” someone on the committee without even informing members or adding the consultant to the agenda.

Medeiros told The Pointer that Barrick’s attempt to call in a consultant to back up his claims further confirmed to him the CAO was attempting to influence the audit function. He pointed out that Barrick isn’t even on the audit committee, yet he tried to hijack the meeting.

“The audit [director] and the councillors, including myself, the chair, had nothing to do with calling in KPMG.”