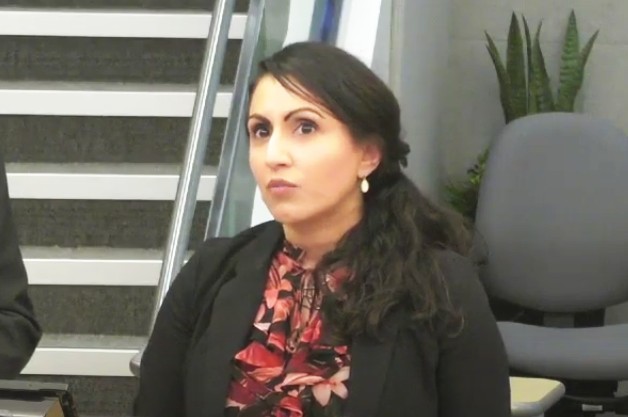 Photos from Twitter/City of Brampton

Brampton doctor reprimanded for ‘inappropriate’ and ‘unprofessional’ tweets about COVID-19

A Brampton doctor has received three separate cautions from the College of Physicians and Surgeons of Ontario for messages she posted on her Twitter account, after receiving multiple complaints.

The complainants were concerned that Gill tweeted:

Dr. Gill has tweeted in opposition to lockdowns and has suggested COVID-19 vaccines are not needed.

Two separate complaints considered by the CPSO list a variety of tweets from Gill since the beginning of the pandemic. In one, she wrote: “Contact tracing, testing and isolation.. is ineffective, naïve & counter-productive against COVID-19.. and by definition, against any pandemic”.

Gill is not an epidemiologist, she practices as a pediatrician.

The CPSO said it found the tweet “concerning”. It described other tweets included in the complaints as “inappropriate” and “unprofessional”.

According to a summary of the first complaint, listed on the CPSO website, the complainant was concerned Gill was “willfully spreading false and misleading information regarding COVID-19 that goes directly against the advice and recommendations of local, provincial and federal medical/science and public health authorities.”

Another message, included in one of the complaints, saw Gill tweet about the handling of Canada’s COVID-19 response. “Current status of #COVID-19 99.9% Politics, Power, Greed & Fear 0.1% Science & Medicine,” she wrote.

The decisions issued to Gill, in-person in February, have been appealed to the Health Professions Appeal and Review Board.

Gill first came under scrutiny for her social media presence in the summer when several media outlets, including The Pointer, covered concerns over her social media posts. “If you have not yet figured out that we don't need a vaccine, you are not paying attention. #FactsNotFear,” she tweeted on August 4.

According to CPSO documents, Gill said her tweets were taken out of context. She argues her Twitter account is personal and not affiliated with her practice.

The CPSO rejected the two defences, saying that tweets “have minimal context” due to their length and the fact a single tweet can be shared without a broad understanding of someone’s history or broader perspective. The organization also disagreed with the argument that Gill’s account is personal, saying it was clear from her Twitter biography she is a physician. 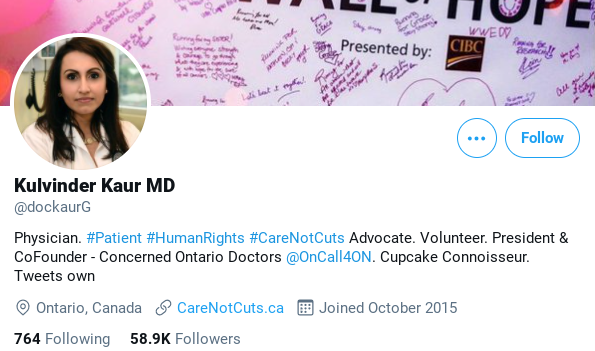 Gill's Twitter bio makes it clear she is a physician.

In its analysis, the CPSO said there were “a range of views” about the effectiveness of lockdowns. The CPSO argued Gill did not express them, instead she stated “unequivocally and without providing any evidence that there is no medical or scientific reason for the lockdown”.

It also found that her tweets about vaccines did not “provide any evidence to support her statement indicating that a vaccine is not necessary” and could lead to members of the public declining vaccinations, relying on her advice as a physician.

Gill did not respond to a request for comment.