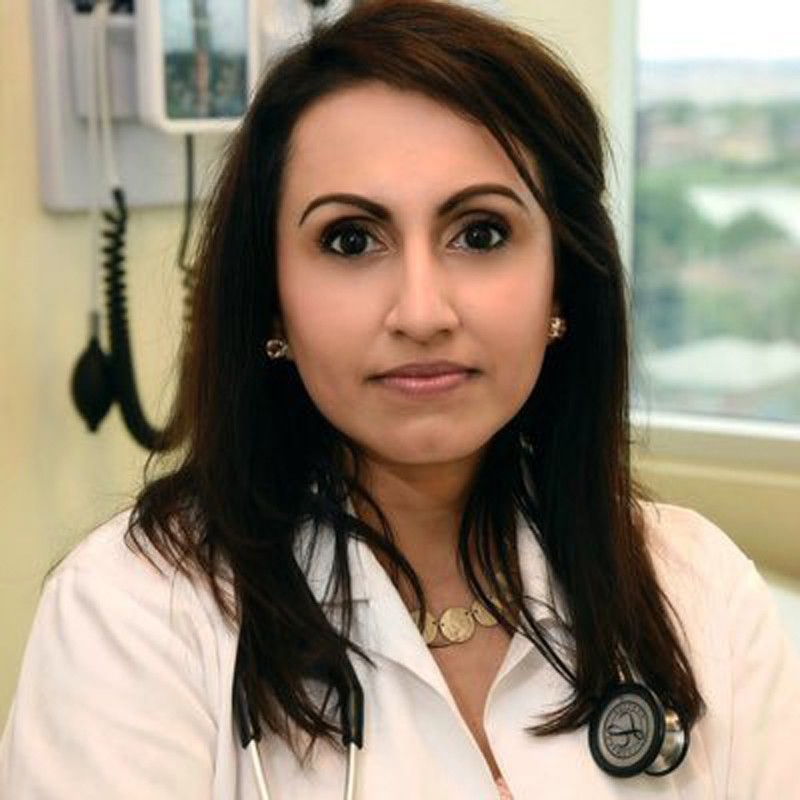 In a series of tweets, prominent Brampton doctor, Kulvinder Gill, defended the use of a drug promoted by Donald Trump as a cure for COVID-19, despite research that has debunked the false claims.

She says hydroxychloroquine is effective in the fight against COVID-19, and is now facing complaints of misleading the public, some of whom might be taking the drug thinking it is helping, because of Gill’s advice.

“If you have not yet figured out that we don't need a vaccine, you are not paying attention. #FactsNotFear,” she tweeted Aug. 4.

A tweet recently taken down by Twitter on Aug. 6 for violating its policies, included Dr. Gill’s claim that T-cell immunity and hydroxychloroquine are needed, along with the “truth”, for society to return to normal.

The CBC reported Dr. Alex Nataros from British Columbia has filed a complaint with the College of Physicians and Surgeons of Ontario (CPSO) for an "egregious spread of misinformation." 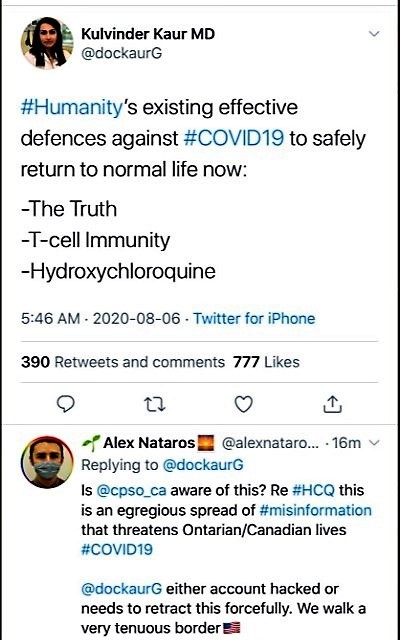 Since tweeting about her support for the drug many physicians across North America have been condemning her, saying she is spreading misinformation. Other complaints against Dr. Gill and her tweets have reportedly been lodged with the CPSO. The organization has not yet responded to questions.

The Pointer reached out to Dr. Gill for comment but she did not respond by publication. 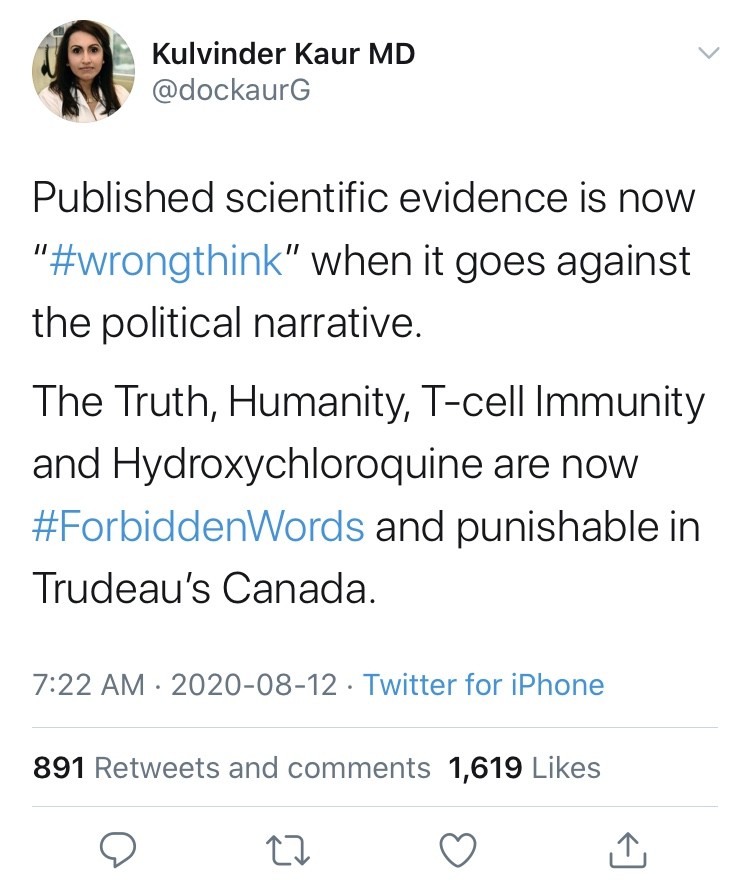 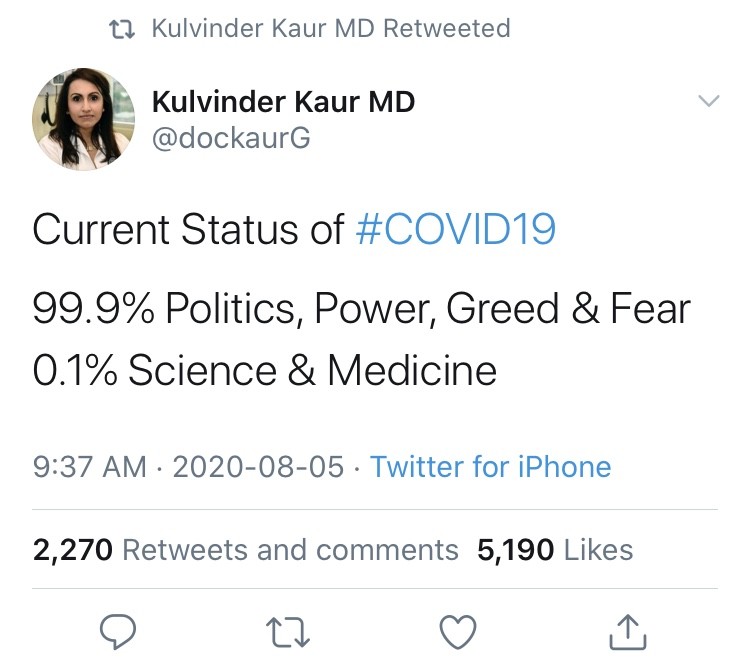 She has been a member of the CPSO since 2012; it’s not clear what consequences might arise because of her conduct.

Dr. David Juurlink, head of clinical pharmacology and toxicology at the University of Toronto, is concerned about  Gill’s tweets.

“I worry that patients taking that drug on her advice are going to be harmed by it, so her advice is dangerous,” Juurlink said.

He has been taking care of COVID-19 patients and written on hydroxychloroquine based on research and is worried that more doctors who aren’t paying attention to medical studies will continue to promote misinformation.

“The doctors who promote it, despite that evidence, haven't actually critically evaluated studies and I think they're clinging on to beliefs that are not well founded and when they promote them, especially on large platforms and social media, they risk harming people,” Juurlink said.

There was a study done on the drug in Southern France which Juurlink calls “highly flawed.” It suggested hydroxychloroquine could clear the virus in people faster than those without the drug.

This idea was jumped on by Trump and many of his followers continued to believe his advice after his own medical experts debunked the claim. Juurlink told The Pointer that four months ago he was also optimistic about the drug but since then has seen the mounting evidence against it. 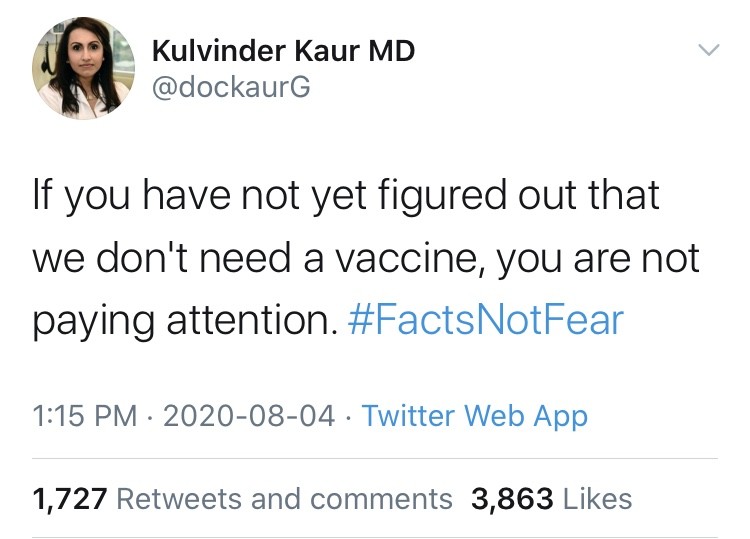 One of the most extensive studies was by the New England Journal of Medicine which found, “hydroxychloroquine did not prevent illness compatible with COVID-19 or confirmed infection when used as postexposure prophylaxis (drug that reduces likelihood of infection after exposure) within 4 days after exposure.”

Health Canada has also said it does not support the use of hydroxychloroquine for a treatment or prevention of COVID-19.

“Health Canada is concerned that some people may be directly buying and using chloroquine and hydroxychloroquine to prevent or treat COVID-19 without a prescription,” it states on its website, adding it "has warned Canadians about products making false and misleading claims.”

There are also a number of side effects associated with the drug which is only available by prescription. Health Link BC shares a list of common side effects including arm/leg/back pain, irregular heartbeat, shortness of breath, tiredness, ringing in the ears, skin conditions/ rash, nausea/vomiting or signs of infection, along with others.

Hydroxychloroquine is primarily used to treat malaria infections but is also prescribed to treat lupus and rheumatoid arthritis.

Gill is also promoting T-cell immunity which is the idea that if people get infected with COVID-19 and build up their immune system to fight the virus it could kick start herd immunity.

She practices in Brampton and Milton, and is listed by the CPSO as a paediatrician. She is also the cofounder of an organization called Concerned Ontario Doctors, and has publicly criticized the Ontario Medical Association (OMA).

In 2018, she participated in one of the mayoral debates and has been outspoken on issues in Brampton.

On its website, CPSO shares guidelines for use of social media for members. They state physicians shouldn’t post clinical advice for specific patients but are allowed to share information for educational purposes to the broader public.

Dr. Johnathan Stea an assistant professor at University of Calgary and psychologist says on Twitter, “The role of health professional regulatory bodies is to protect the public, standards of practice/ethics are predicated on an evidence-based health care philosophy, the promotion of unequivocal medical misinformation violates this mandate.”