Pornhub’s top executives swore under oath to MPs that every instance of child sexual abuse material found on their platform is reported to the proper authorities.

New testimony from top law enforcement officials and child protection advocates has cast significant doubt on the validity of their claims.

“MindGeek executives appeared to mislead the Committee and the public regarding MindGeek’s role in enabling and profiting from a range of criminal content that was uploaded and distributed through their platform,” a letter from the group states. “We call on the Canadian Government to encourage the Royal Canadian Mounted Police to conduct a full criminal investigation into MindGeek, and to hold its leadership accountable to the fullest extent of the law… Anything less than full legal accountability is an injustice to victims whose lives have been damaged as a result of MindGeek’s knowing and willful actions.”

Pornhub’s top executives have steadfastly denied any wrongdoing, detailing to the committee in early February how sophisticated content moderation systems, reporting mechanisms and artificial intelligence are employed to detect and remove child sexual abuse material as soon as it is flagged on the site. The top officials also claimed content is removed immediately after being flagged, and all instances are reported to the proper agencies and authorities.

“I want to be clear to every member of this honourable committee and to the Canadian public, even a single unlawful or non-consensual image on MindGeek’s platforms is one too many. Full stop,” MindGeek’s CEO Feras Antoon told the Standing Committee on Access to Information, Privacy and Ethics (ETHI) on February 5.

His sworn testimony supplemented a submitted 8-page brief that stated every instance of child sexual abuse material (CSAM) found on MindGeek platforms is reported to the National Centre for Missing and Exploited Children (NCMEC) in the United States. Antoon and MindGeek COO David Tassillo also noted their company had recently become a partner with NCMEC in an effort to make it easier to report CSAM found on their sites. 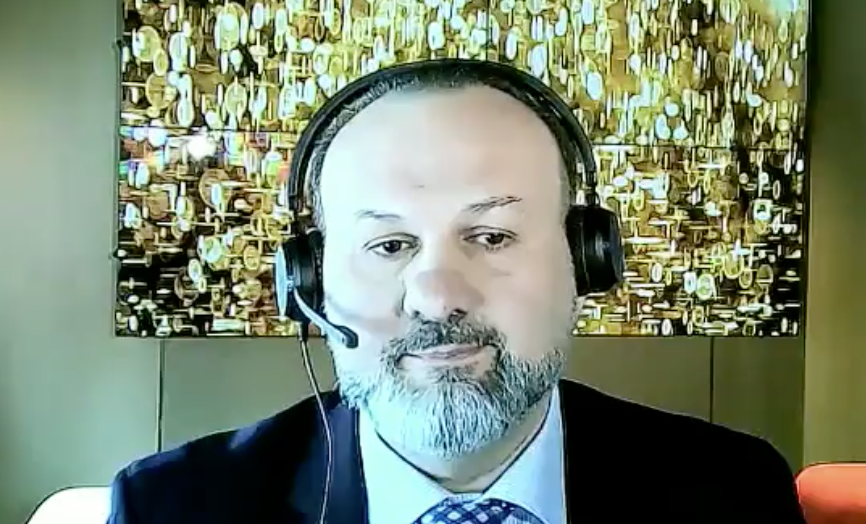 On February 22, John Clark, the president of NCMEC denied that statement.

After a New York Times article in December drew international attention to the company and the disturbing allegations against it, which advocates began to bring forward about a year ago, federal legislators decided to launch the committee investigation. 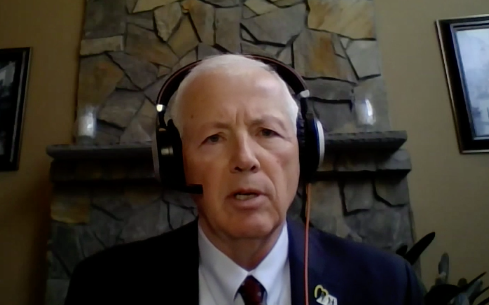 John Clark, the president of NCMEC

“That would mean for basically 10 years of Canadian law, where we had very strong laws on the books, that they had not been reporting to you,” MP Charlie Angus asked. Richardson confirmed this was the case.

It was a direct contradiction of the claims made under oath by MindGeek’s executives.

“It is clear that whatever companies claim they are doing to keep CSAM off their servers, it is not enough,” McDonald said. She called on parliamentarians to develop stricter regulations to govern internet service providers to improve accountability and the ease by which content can be removed from the internet when flagged.

“We’ve been screaming from the rooftops that we are long overdue for regulation,” she said. “Canada needs to assume a leadership role in cleaning up the nightmare that is resulted from an online world that is lacking any regulatory and legal oversight."

The Trafficking Hub campaign, launched last year with the explicit goal of getting the site shut down, has garnered close to 2.2 million signatures on a petition. 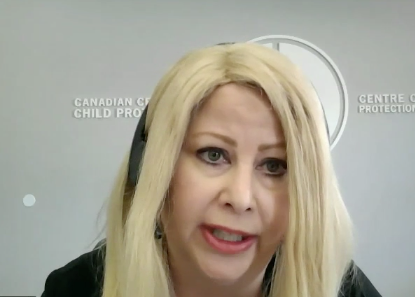 It’s also not the only allegation made against Antoon and Tassillo for making claims that were allegedly false. 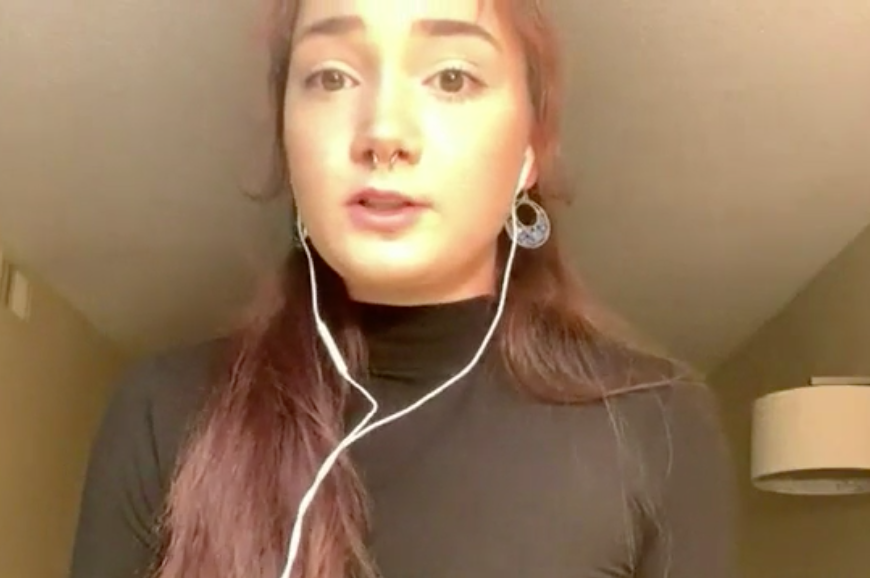 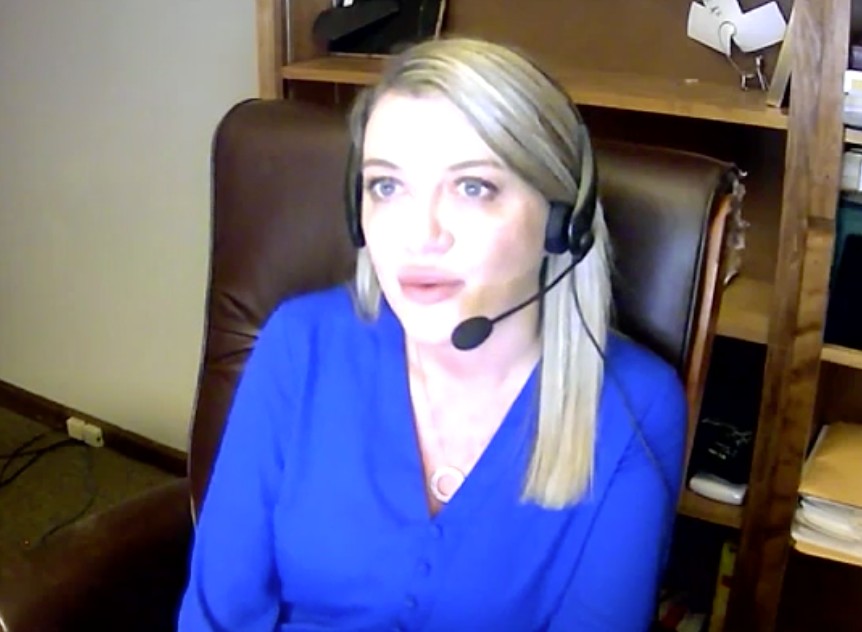 But executives ignored the legal requirement to report this content, according to evidence, and instead allowed it to continue being viewed over and over again around the world, making more money for the leaders.

Aside from advertisers like Unilever and the Dollar Shave Club which had pulled ads from the site because of the controversy unfolding for much of last year, this marked the first time a major private-sector entity took any action to distance itself from the company and the stomach-turning allegations levelled against it.

When Pornhub’s executives shared these increased efforts with MPs, many were not impressed, labelling the move as too little too late, and not done out of a desire to protect children, but only to protect the company’s bottom line, which was facing increased threats from the growing public backlash.

Questions have also been raised about the company’s Terms of Service, which MPs have said seem designed to deflect legal responsibility.

Pornhub’s Terms were most recently updated on December 8, and state: “The relationship between you and us shall be governed by the laws of Cyprus, without regard to conflict of law rules. Nothing contained in these Terms of Service shall constitute an agreement to the application of the laws of any other nation to the Websites,” the company states. “The sole and exclusive jurisdiction and venue for any action or proceeding arising out of or related to these Terms of Service shall be in an appropriate court located in Limassol, Cyprus. You hereby submit to the jurisdiction and venue of said Courts.”

When asked about this portion of Pornhub’s Terms, Antoon said, “To be honest, I would have to get back to you on that and ask legal counsel,” he said. “But clearly we are living in Canada, we abide by Canadian law for sure.”

“This is a basic question of law and order,” Daniel Bernhard, the executive director of the Friends of Canadian Broadcasting told the committee on February 22. Bernhard said he believes there is no need for new or enhanced regulations or laws. Canada already has laws that prohibit the viewing and sharing of child pornography, and laws that require companies to report suspected CSAM on their websites. These laws just aren’t being enforced, he said. “The issue is that the law is not being applied and that is even more concerning because we do have the rules, so the question of enforcement is very, very important… Are we going to enforce the law when it happens digitally, or not?” 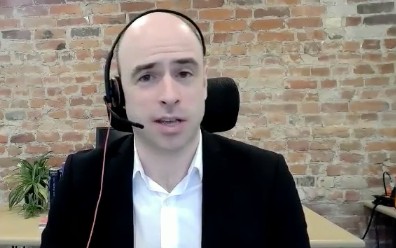 Daniel Bernhard, the executive director of the Friends of Canadian Broadcasting

The revelation that no investigation has been launched against MindGeek angered MP Angus.

“The issue of survivors having to go and ask you to do the job you’re supposed to do, and you tell us that you actually haven’t initiated any cases. It sounds like you’re not even going to get mad at this survivor, you just haven’t done it,” Angus said. “Can you explain to us why, after all the testimony we’ve heard, why you’re still talking about dealing with the dark net, needing more resources, working with the United States and you are not addressing the issues that have been brought forward, the credible issues of sexual abuse and non-consensual acts that have happened on these services. What are you giving us here?” 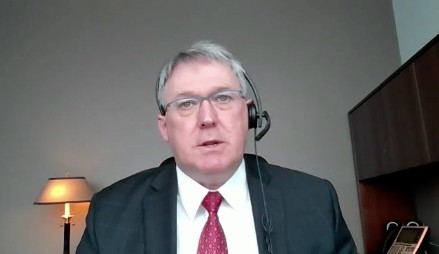 During last week’s ongoing committee hearings, the issue of jurisdiction was questioned by Angus, who noted that the Canadian regulations do not refer to the location of an entity’s server, but where their service is being offered.

It remains unclear whether a criminal probe will be launched.

“MindGeek has profited from rape, nonconsensual pornography, and child sexual abuse material for years, and it is time to open a criminal investigation to hold this company accountable,” said Dani Pinter, senior legal counsel for the National Center on Sexual Exploitation, in a press release. 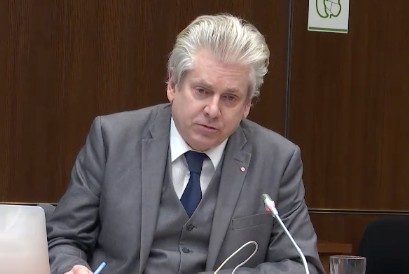 MP Charlie Angus repeatedly asked RCMP officials why no investigation had been launched into MindGeek.

The RCMP says it is committed to working with police partners across the country to address increasing cybercrimes such as online child sexual exploitation.

“The National Child Exploitation Crime Centre (NCECC) works closely with international law enforcement partners to carry out investigations and to serve takedown notices to American and international companies, when jurisdiction can be ascertained,” a spokesperson told The Pointer. “The NCECC conducts investigations which are then referred to law enforcement agencies of jurisdiction within Canada or internationally for further action. Online child sexual exploitation cases are investigated by police services of jurisdiction in every province. However, the RCMP often work closely with police services across Canada and abroad to assist with these investigations.”

“The RCMP fully supports victims of sexual abuse and violence, and recognizes the trauma that these crimes can inflict. We are committed to investigating these crimes to the fullest extent possible, and prosecuting those responsible. Additionally, we support greater action to address online sexual crimes, such as online child sexual exploitation and non-consensual distribution of sexual images.”