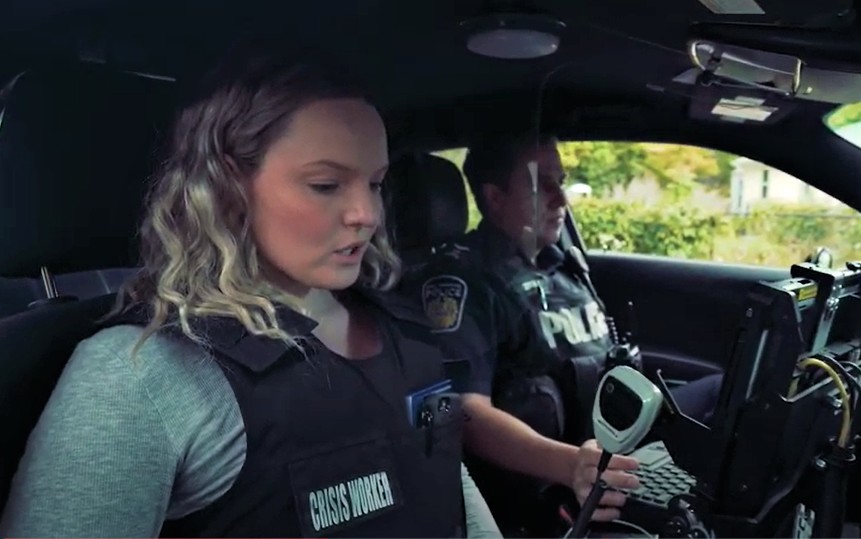 Mental health issues and the response of police to an increasing number of these crises collided in Peel over the course of 2020, and the tragedies that unfolded lingered in the discussions ahead of Peel’s 2021 budget approval two weeks ago.

In supporting the $2.7 billion operating budget, and $1 billion capital budget for the Region, councillors also gave the go-ahead for a 3.7 percent increase to the budget for Peel Regional Police.

Following a year that saw repeated calls for police reform, sparked by the death of George Floyd at the hands of a now former police officer in Minneapolis, and exacerbated in Peel by the police-involved shootings of D’Andre Campbell and Ejaz Choudry, the passage of the budget went ahead with no opposition.

Despite consistent affirmations from mayors Patrick Brown in Brampton and Bonnie Crombie in Mississauga that this budget year would be different and police funding would be examined under a new lens, the approval was oddly familiar to past years, with little discussion, and little pushback.

Mayor Crombie explained that much of the heavy lifting had already been done by the police board which she and Brown sat on (Brown is no longer on the Peel Police Services Board and has been replaced by Brampton Regional Councillor Martin Medeiros).

The 2021 budget ask was a slight reduction from the increase in 2020, and the above-inflation hike is not out of the ordinary for Peel Regional Police budgets over the last decade, which have increased, on average, by 4.4 percent each year since 2009 when the budget sat at $275.3 million. It’s now about $200 million higher than that figure. That represents almost three times the rate of inflation in Ontario over the same period and is considered unsustainable by many critics of the current police funding model.

The 2021 budget marks the first time Chief Nishan Duraiappah was part of the document’s entire conception — he arrived late in 2019 when the 2020 budget process was already well underway — and he told councillors this year’s budget is the start of a modernized approach to policing in Peel. It brings with it 27 additional police officers, down from an initial proposal of 55 under previous plans. The balancing act performed by the new Chief is clear in the budget.

The increasingly complex nature of modern crime, and the need to keep up with a growing workload, means money needs to be invested in other areas to ensure Peel police can do their job effectively, without continued investment into more boots on the ground, a philosophy which dominated Peel’s previous budgets.

The success of that strategy is debatable. A survey done by Forum Research commissioned by The Pointer in 2018 showed 90 percent of Brampton residents did not feel safer than they did a year earlier. The chief must address the needs of a community calling for a new way of doing things.

“This organization has seen more change in this one year than it has in decades,” he told councillors.

During his first year in Peel, the new chief has implemented a number of measures aimed at steering the organization away from a turbulent period under former chief Jennifer Evans, including a new partnership with the Ontario Human Rights Commission to help undo years of systemic discrimination in the force,  the extent of which was laid bare in a report from the Canadian Centre for Diversity and Inclusion in 2019.

The chief has formed a new Intimate Partner Violence (IPV) unit of 48 officers dedicated to investigating these crimes which continue to increase across Peel. Of the 16 homicides in 2020, roughly 40 percent of them involved family or intimate partner violence situations, including the shooting death of 25-year-old Darian Henderson-Bellman, shot to death by her boyfriend who was out on bail for weapons offences after being ordered not to see her.

The force also launched a body-worn camera pilot project in response to growing calls for increased police accountability — an effort that was met with skepticism from members of the community — and worked with the Region of Peel and other stakeholders to complete the provincially-mandated community safety and wellbeing plan.

The new strategy aims to bring together community groups, service providers, and municipal governments to focus on improving safety in Peel by addressing key factors impacting well-being, including mental health and addictions, family violence and systemic discrimination. The document aims to shift away from police always being the go-to response and addressing “upstream” approaches to tackling these complex issues before the problems arise. 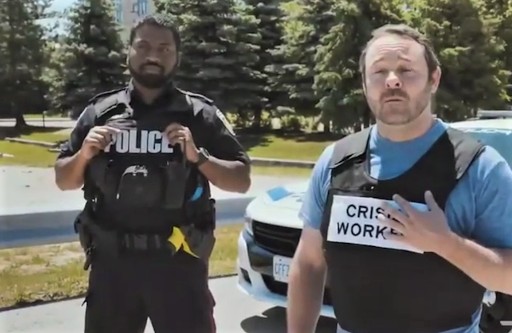 A mental health crisis expert accompanies a police officer on a call.

“Our traditional models of policing need to be informed by the people we serve,” the chief said. “It’s not intended to be a plan that sits on a shelf.”

This plan can not be implemented without assistance from the province, Duraiappah said, especially when it comes to providing effective mental health response to those in crisis.

In January of last year Peel police announced the launch of its Mobile Crisis Rapid Response Teams (MCRRT) in partnership with the Canadian Mental Health Association (Peel Dufferin) which pairs a social worker with a uniformed officer to respond to non-violent mental health calls for assistance.

The program, which aims to keep individuals out of emergency rooms and into the hands of those who can help address their needs, is desperately needed in a region where mental health calls have increased 34 percent in five years, rising from 4,000 in 2014 to over 6,000 in 2019.

Not only can this program help Peel’s over-burdened emergency departments — officers were taking those in mental health crisis to hospital 16 times a day on average, sometimes attending for five hours — but it can also save money.

Peel police estimate that $1.8 million in salaries was spent while officers were in emergency department waiting rooms with individuals in crisis. It’s not only a waste of public dollars and police time, but these apprehensions are often ineffective. Approximately 40 percent of individuals dealing with mental health problems have been apprehended by police at least once — sometimes more — with many of those instances not related to criminal conduct.

But most significantly, the progressive approach to assisting officers can help avoid deadly tragedies because, as Chief Duraiappah has said several times, police are not mental health experts.

The evidence shows the program works. 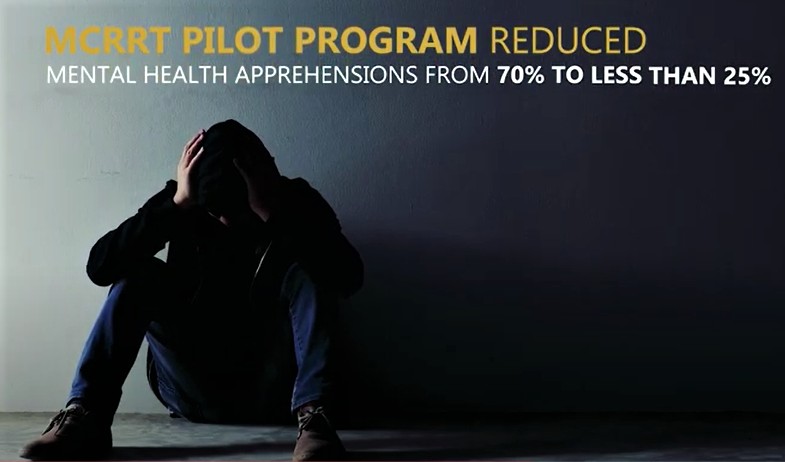 “It’s an extremely impactful program,” says David Smith, the CEO of the Canadian Mental Health Association Peel-Dufferin. The success of the program, he explains, is quite simple. All one needs to do is think about the experience of someone either ending up handcuffed in the back of a police cruiser and taken to hospital, or getting direct help from a trained mental health professional on the spot, with a follow-up to check on them the next day.

“That’s it, that’s the story, forget about all the numbers and the dollars, just think about that experience,” he says.

The program was a welcome success in a year where the COVID-19 pandemic led to a spike in mental health issues, but due to a lack of resources, MCRRT teams are only reaching about a third of the calls for mental health assistance.

According to Chief Duraiappah, because of the limited MCRRT resources, frontline officers are still responding to approximately 62 percent of mental health calls.

“There needs to be more funding for our partners at CMHA here,” the Chief told councillors.

According to Smith, the funding for MCRRT is directly linked to the organization’s Multi-Sector Accountability Agreement with the Province through the Central West Local Health Integration Network (LHIN).

The CMHA receives funding for its crisis service programs, which includes the social workers assigned to MCRRT and other frontline programs, 24/7 crisis phone line support, and safe beds that can be used to temporarily house someone in crisis. The CMHA also operates a safety check program where a non-uniformed police officer partnered with a mental health worker visits a client in an unmarked car. The CMHA has the freedom to move funds between these different crisis service programs, but Smith explains it’s just not an option as there already isn’t enough to go around.

“Our contract is broken out into all those different types of funding and in the Region of Peel… we get about half of the funding per person than the rest of the province does,” he says.

The Central West LHIN, which includes Brampton, and the Mississauga Halton LHIN, received $66 and $53 respectively per capita from the provincial government for mental health and addictions support, well below the provincial average of $107 per capita.

“We could make a request to move from one area to another, but would you reduce the amount of Early Intervention and Psychosis (services) you provide in order to increase the amount of mobile crisis? No,” Smith says. “We don’t make any efforts at redistributing dollars. It’s hard to do and honestly all of the programs are important so we advocate for new funding for things like MCRRT.” 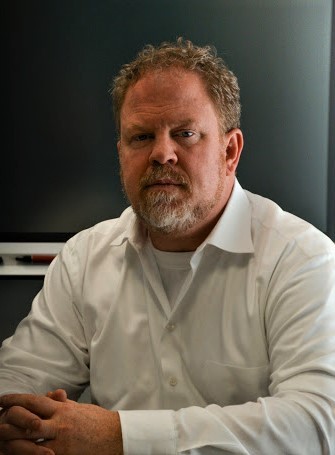 The province has recognized the need to adequately fund programming for mental health, announcing in March of last year its 10-year, $3.8 billion mental health strategy. The issue for Peel is, the money never comes fast enough to keep up with the rapid growth of the booming region. While Peel does receive slightly more per capita through new funding, the increased investment is quickly swallowed by costs of inflation and treating a growing number of clients, Smith explains, meaning CMHA Peel-Dufferin must also grapple with the reality it can not reach everyone in need.

“We try to do the best we can with what we have,” Smith says.

Last summer, while presenting before Regional Council, Smith shared the startling reality that they are not reaching about 90 percent of those in need of assistance in Peel.

According to the Canadian Mental Health Association, pre-pandemic, 1 in 5 Canadians would experience a mental health problem or illness in any given year. At Peel’s current population, that means there could be 300,000 people affected every year.

The Peel Children's Centre, the leading agency in the region that delivers mental health programs and services to children and youth, states that with current funding it can only serve 5,000 patients. This means at any time some 41,000 kids, potentially, and 18,000 young adults, are not receiving adequate care.

When these mental health issues escalate to crisis, legislation dictates that when someone calls 911 for help, the police are the ones who respond. If MCRRT resources are unavailable, a uniformed officer with only basic training in mental health de-escalation will respond.

Last year showed that these calls can end in tragedy. While the MCRRT would not have prevented the shooting deaths of D’Andre Campbell in Brampton or Ejaz Choudry in Mississauga, as these teams do not respond to calls if there is the presence of a weapon or potential for violence, it’s clear that more support is needed for those battling mental health issues in Peel.

“In mental health, we have a budget, and when that runs out, it doesn’t matter how many people have applied or asked for service, it runs out, and it always runs out short of helping everybody who needs help,” Smith says.

This will only get worse post-pandemic when Smith says experts predict 30 to 50 percent more people will need support with mental health issues. It’s a surge he says regional services are not prepared for.

“We already don’t meet everybody’s needs and now we’re going to have more people whose needs we aren’t going to meet.”