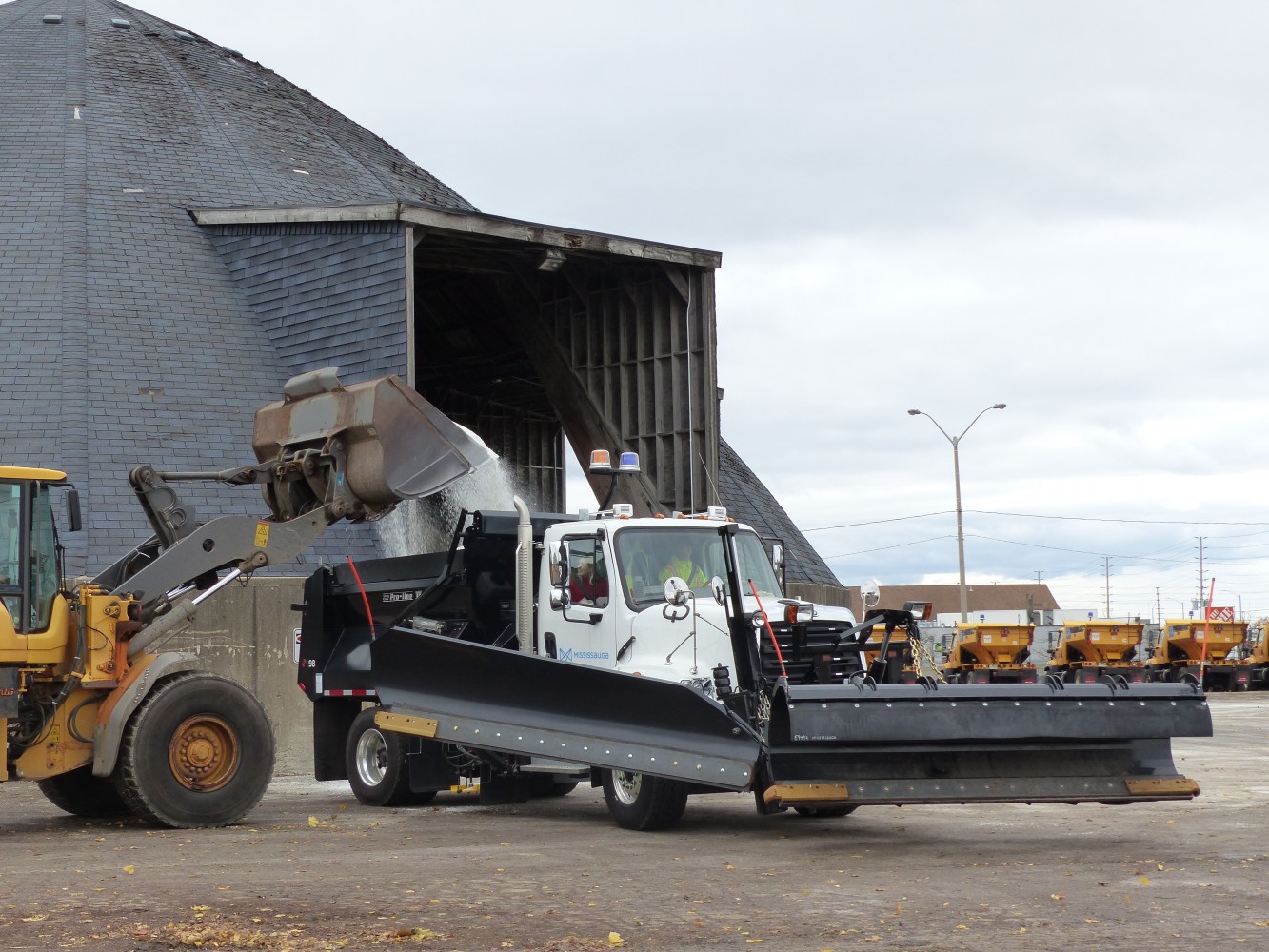 When at least five centimetres of snow falls in Mississauga, the City’s army of plows, salters and other winter maintenance vehicles are dispatched to clear the slippery stuff within 24 hours.

An excess snowfall volume, or limited on-site space, forces clearers to haul the snow over to a City storage facility – and there aren’t enough of them.

The essential work that makes Mississauga’s streets safer to navigate during the winter months, and allows for the smooth operation of parks and recreation features, is made harder as Works, Operations and Maintenance departments vie for places to store equipment, in the same limited spaces where snow sometimes has to be stored. 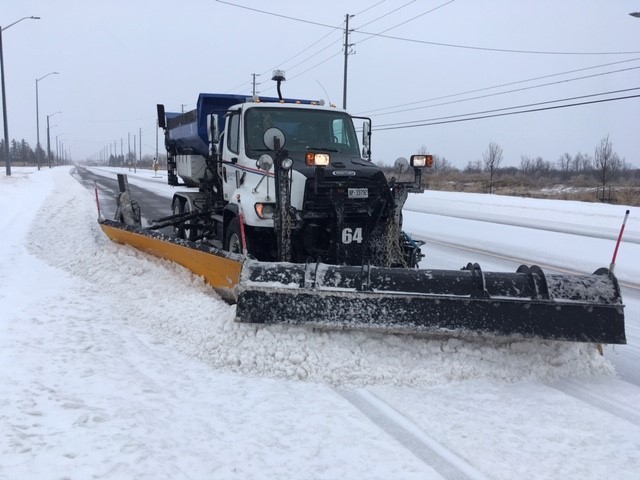 Now, the City is gearing up for a temporary solution by transforming the West Credit Avenue storage site originally planned for MiWay transit vehicles – near Derry Road and West Credit Avenue – to accommodate more snow clearing vehicles and other related uses.

The City’s new $141-million winter maintenance contract – which includes additional snow clearing vehicles – is leaving the Works department even more strapped for space. Council opted for a short-term solution in the 2021 budget to create a temporary site at the West Credit location, ahead of the 2022 Yard Master Plan and Modernization Study.

This fall, the site was used to stockpile dry leaves after three of the City’s existing yards reached capacity. The “extraordinary high volumes of leaves” that fell this November slowed the Region of Peel’s ability to transfer them to composting sites, according to a staff report that month. In other words, were it not for the West Credit site’s use as a backup storage location, the leaf collection program would have ground to a halt. Mississauga’s One Million Trees program and commitment to urban forest development will affect leaf collection in the future, the report notes.

And when the seasonal storage of nature’s elements is not a factor, the City is still left needing room to tuck away equipment.

Mississauga has four operations yards: the Mavis yard, built in 1956; the Clarkson and Malton yards, built in 1977; and the Meadowvale yard, built in 1996. In 2005, staff said a fifth operations yard needed to be built urgently, by 2008, for the Engineering and Works Operations, and Recreation and Parks divisions. Thirteen years after that hard deadline, the yard still has not been built.

The rapidly growing city faced criticism recently for chronically neglecting desperately needed expansion of its fire service, while through the Region of Peel, which all 12 Mississauga council members represent at the higher tier, affordable housing in the city has been ignored for decades and the recent report revealed crucial infrastructure to keep streets running and parks cleared are also being kicked down the road.

“This is understandable, given that yards are costly to construct and yards are not public facing like community centres and libraries,” the November 30 staff report reads. “However, yard capacity is important to maintain Council-approved service levels.” In 2022, the City will release its Yard Master Plan, and Modernization Study completed by consultants, as part of budget discussions for that year.

The Works department says its snow storage capacity right now is in deficit of about 26,000 cubic metres, not including the West Credit site. That floor space alone translates to at least six-and-a-half average sized football fields. The Hurontario LRT in 2024 will result in the need for another 51,000 cubic metres of space to store snow, the report states.

Earlier this year, the City’s Enforcement staff had to relinquish some of their storage space at a Mavis North facility to the Works department for winter vehicles. The City has 31 tractor and loader plow units, and added another 24 single-and tandem-axle plows, which remove snow and distribute salt at the same time. Outdated winter maintenance practises in Mississauga result in the City using 60,000 tonnes per year of road salt, which will be reduced with the addition of more plowing and be better for the environment.

A snapshot of the City’s snowplow tracker

These changes are part of an eight-year, $141 million winter maintenance contract Council approved this summer. The contract begins next year, and will cost about $17 million in its first full year, by 2022. According to 2021 budget documents, the City will be tapping into its winter maintenance reserve to the tune of about $1.9 million, which will go toward funding priority sidewalk and bus stop clearing services.

Staff are expecting that the West Credit site can be used for a minimum of a decade.

The report was drafted following a request from Ward 9 Councillor Pat Saito during budget discussions last month, after some of the $3.5 million project budget line was mistakenly qualified to Council as “throwaway” costs.

Saito said she did not want Council to approve the project without having a closer look at the spending. Staff were able to reduce the West Credit site cost by $700,000, to $2.8 million, after changing the type of asphalt for the project, Saito said in an interview.

“If we're going to put money into anything, we need to put it into our maintenance locations because if we don't have somewhere to store the snow, to put the leaves…the parks equipment, the forestry equipment and the snow plows, we can't provide service to the community,” Saito said.