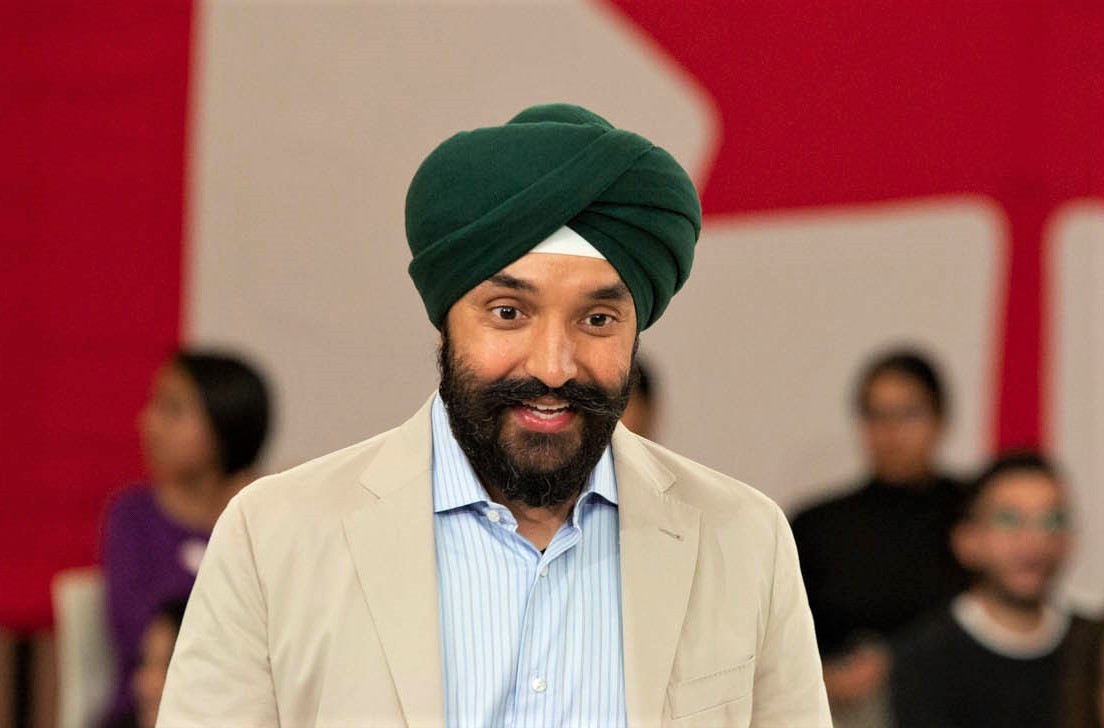 The man who many in Peel believe orchestrates the Liberal party’s every move in the region, is leaving politics.

Questions are now swirling about the sudden announcement that Malton-area MP and Minister of Innovation, Science and Industry Navdeep Bains is stepping down from cabinet and will not run for office again.

The news broke Monday evening, as social media lit up with speculation about the reasons for the surprise move.

In late 2018 The Pointer revealed Bains was implicated in a questionable real estate transaction, when former Brampton mayor Linda Jeffrey’s chief of staff, Hasneet Punia, shared confidential details about a land purchase with Bains and former Liberal MP Raj Grewal. When Brampton council learned about the behaviour it sent details of a third-party investigation into the matter to the RCMP, because the force was already looking into Grewal’s activities involving chronic gambling in Ottawa while he served as an MP.

The City eventually paid about $1 million extra for the land it was trying to acquire, after a group of local businessmen with ties to the Liberals purchased it, then flipped it to the City, after Punia had passed on details of the original offer the City had planned to make for the property, which was owned by the Province.

There is no evidence Bains has any ties to the businessmen and he denies any link to them. He also denied passing on the information about the planned offer by the City of Brampton, as did Grewal. Both said they did not solicit Punia for the details.

Grewal was charged in September by the RCMP with five counts of fraud and breach of trust for alleged misuse of his constituency office budget while he was an MP, after an extensive investigation. 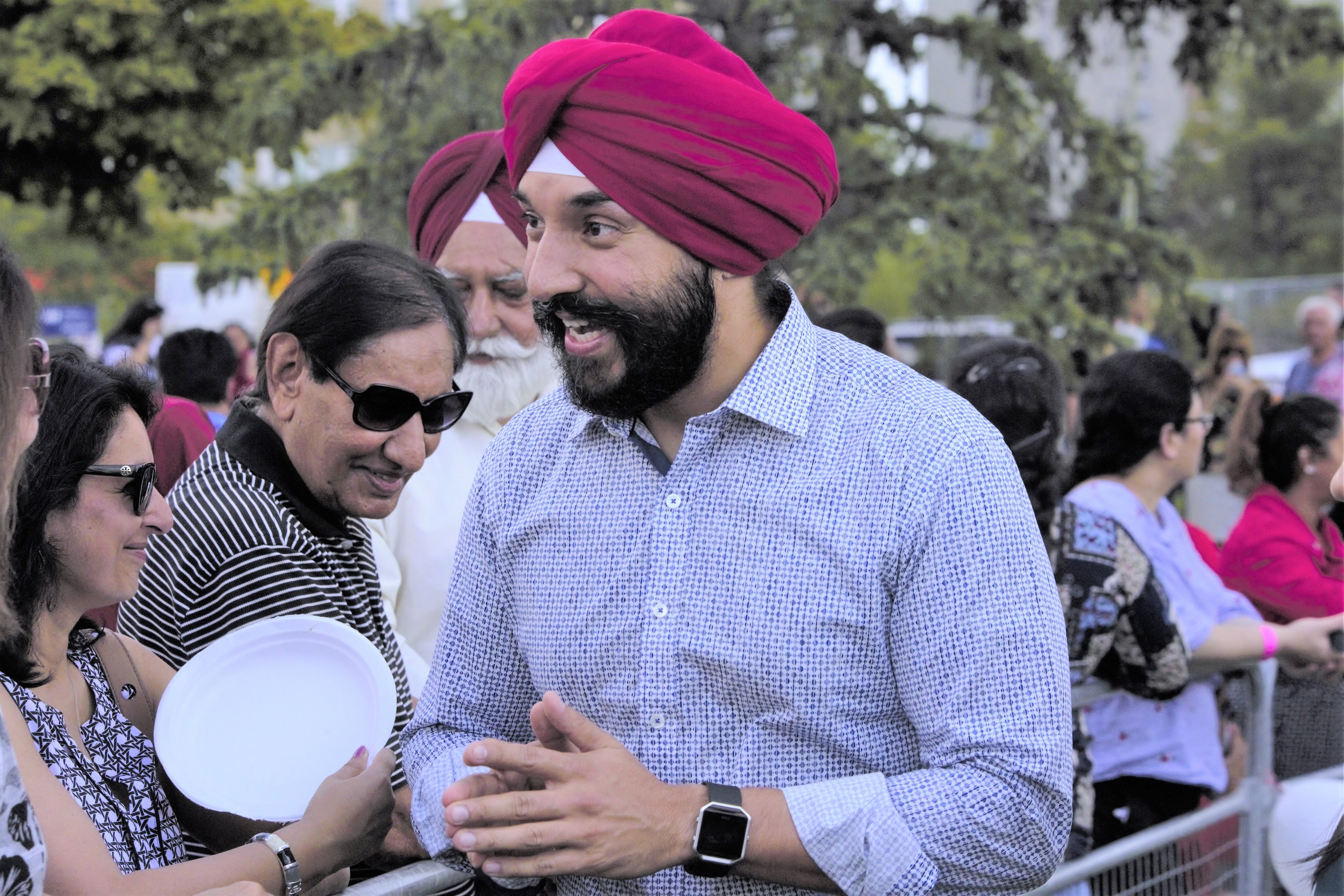 Speculation is swirling about why Mississauga Liberal MP Navdeep Bains is quitting politics.

Bains was in the news again when questions were raised last year about his father's involvement with individuals implicated in a Fort Erie Gurdwara scandal. There is no evidence Bains has any ties with the plan and he denies any link to it. The Sikh temple had sponsored three priests from India who were given special visas by Ottawa. It turned out the Gurdwara was not even operating and the three men disappeared after arriving in Canada.

The Fort Erie Gurdwara’s directors had links to Bains' father, who had worked to get the same group of men onto the board of a prominent Mississauga Gurdwara, according to the National Post. A spokesperson for Minister Bains told the newspaper he had nothing to do with the Fort Erie Gurdwara and did not assist in obtaining the visas given to the priests.

Bains, who is 43 and has a background in accounting and cost analysis for large corporations, was first elected in 2004 to represent the Mississauga—Brampton South riding when he was just 26. He held onto his seat until the 2011 election, when he was defeated by former Mississauga councillor Eve Adams, who ran for the Conservatives.

In 2015, after local ridings were redrawn, he won the Mississauga—Malton seat and was given a cabinet position by Prime Minister Justin Trudeau.

His sudden decision to leave politics ahead of the next election was unexpected, as Bains was a close insider of Trudeau’s who had been given increasing responsibility within the Liberal party, including key roles in the shaping of recent campaign strategies.

Stepping down in the middle of a pandemic that is getting worse by the day seems like a peculiar decision for the man who oversees science, innovation and industry at a time when a successful vaccine rollout is crucial, while the national economic recovery from the crushing pandemic will largely depend on his current ministry’s ability to adapt in a rapidly changing business environment.

Sources told The Pointer that Bains had become the De facto leader of Peel’s Liberal MPs, who occupy all eleven of the party’s seats in Brampton and Mississauga.

In a nod to the region, Mississauga Centre MP Omar Alghabra will reportedly be elevated to cabinet as minister of transportation.

Bains is the second high-profile minister to step down recently, after Bill Morneau’s resignation as finance minister in August. He was facing an investigation by the federal ethics watchdog, over his role in giving a $43.5-million contract to the WE Charity to administer a $900-million student-grant program for pandemic assistance, despite the organization’s lack of experience.

Reports revealed Morneau and his family had ties to the controversial charity and he eventually reimbursed more than $41,000 for trips his family took with the organization.

Speculation is now swirling about why Bains is suddenly stepping down from cabinet and is walking away from politics.