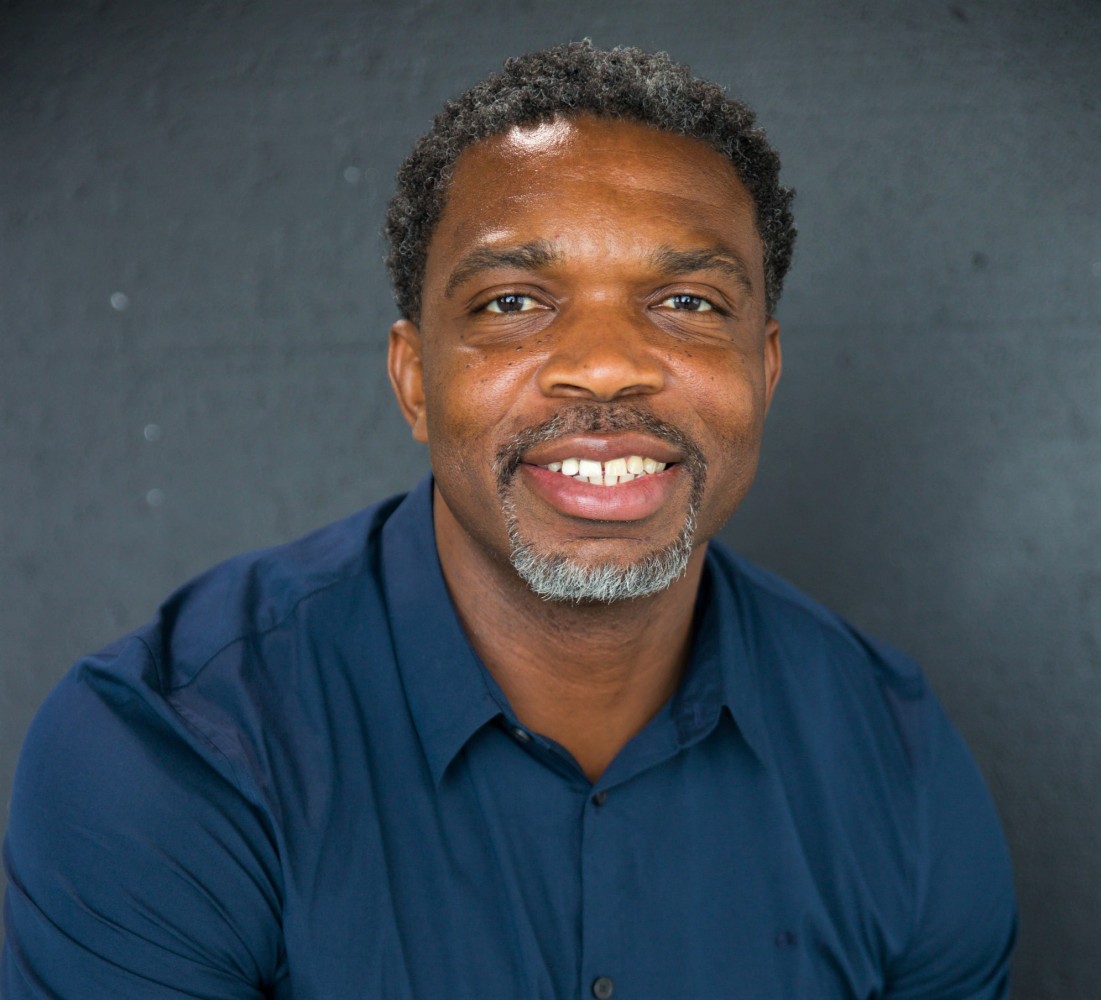 ‘You have to walk on eggshells’: Racism taking its toll on the mental health of Black educators at PDSB

“Being a Black male … especially in this board, you have to walk on eggshells. You essentially have to be fake: you have to be a happy guy, you can’t have conflicts, it’s hard to advocate for yourself or anybody, quite frankly, because you are always made to be the villain. I have had weight issues, blood pressure issues, extreme anxiety, stress. I’ve been to see specialists and doctors.” — PDSB teacher

In March, when the Ministry of Education published its review of the Peel District School Board’s atrocious record of discrimination, it was a relief to families across the region.

Investigators, politicians and bureaucrats may have been shocked by the report’s damning findings of rampant anti-Black racism and other forms of harmful behaviour against marginalized students, but Brampton and Mississauga’s Black communities weren’t. Rather than surprise over the results — issues families had been whistleblowing about for years — those directly impacted finally felt acknowledged. In some cases, members of different generations under the same roof had been subjected to the PDSB’s racist practices over decades.

The publication of the review by the Ontario government meant one thing: we believe you.

In the months of turmoil that followed the review (inaction at the board, a second review and the eventual takeover of the PDSB by a provincial supervisor) the narrative focused on children. Streaming and suspensions in particular, two systemic practices that showed the depth of damage done to Black students, came under the spotlight and were at the centre of subsequent discussions.

But Black educators in Peel, who make up just seven percent of the board’s staff, have suffered similar disciminaliation and marginalization, often in silence.

“It is clearly documented that Peel District School Board ... is anti-Black,” Rohan Thompson, Manager of Workplace Equity at PDSB, told The Pointer. “The same racism that students and families are experiencing is the same anti-Blackness that our staff are experiencing. Anybody who would try to [suggest otherwise], I’m not sure really has a solid understanding of how anti-Black racism operates.” 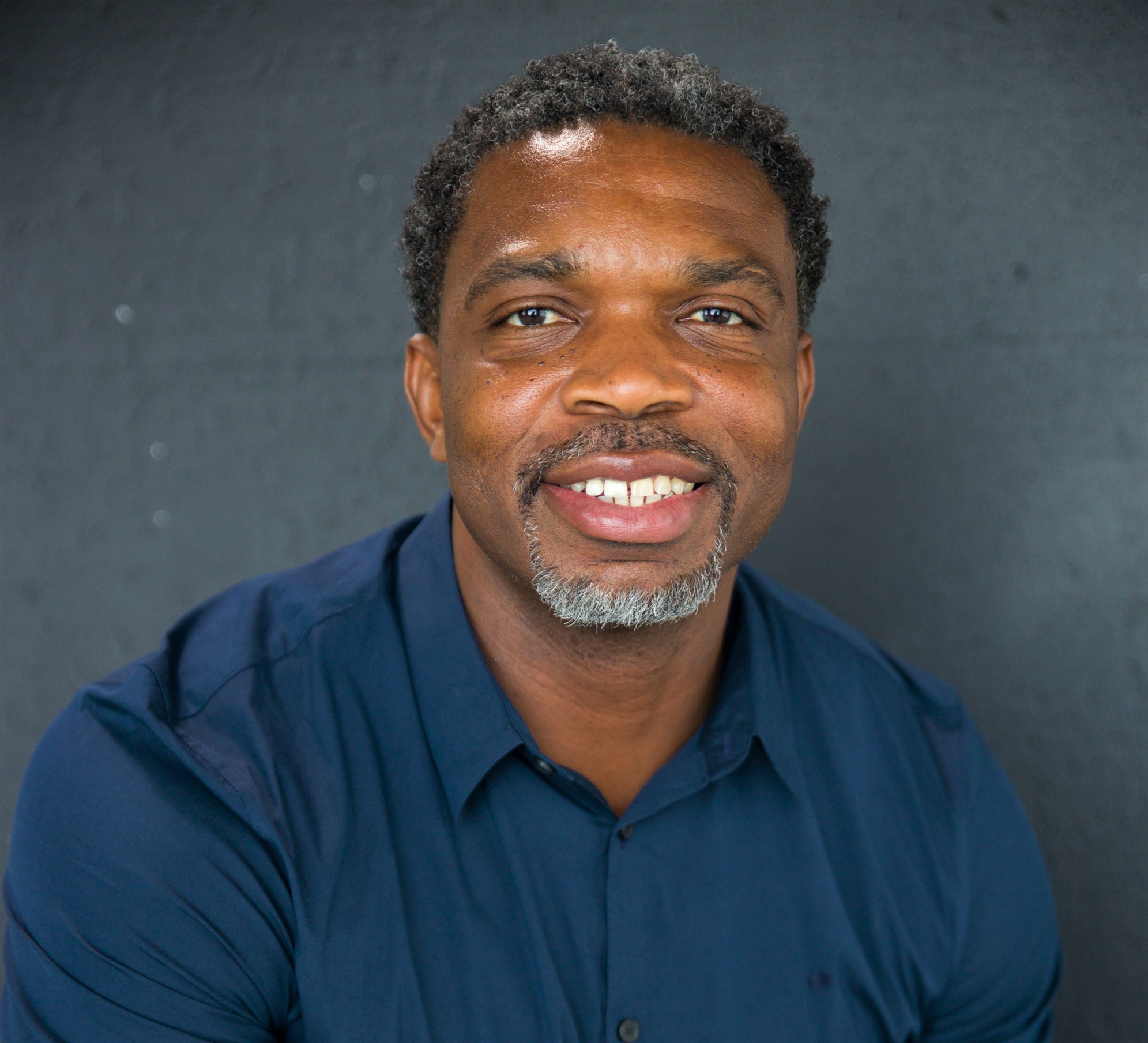 PDSB's Manager of Workplace Equity, Rohan Thompson, says Black educators often have to be the shield for students

The Pointer spoke to all three complainants about their experience teaching within the board. All alleged a culture where they were undermined, underestimated and held to a different standard than their white peers. They said their attempts to raise complaints or issues about their situation had been met with subtle forms of retaliation. For this reason, The Pointer has agreed not to share their names.

Alex Battick, the Peel-based lawyer representing all three educators, said his aim is to draw a legal link between anti-Black racism and poor mental health. 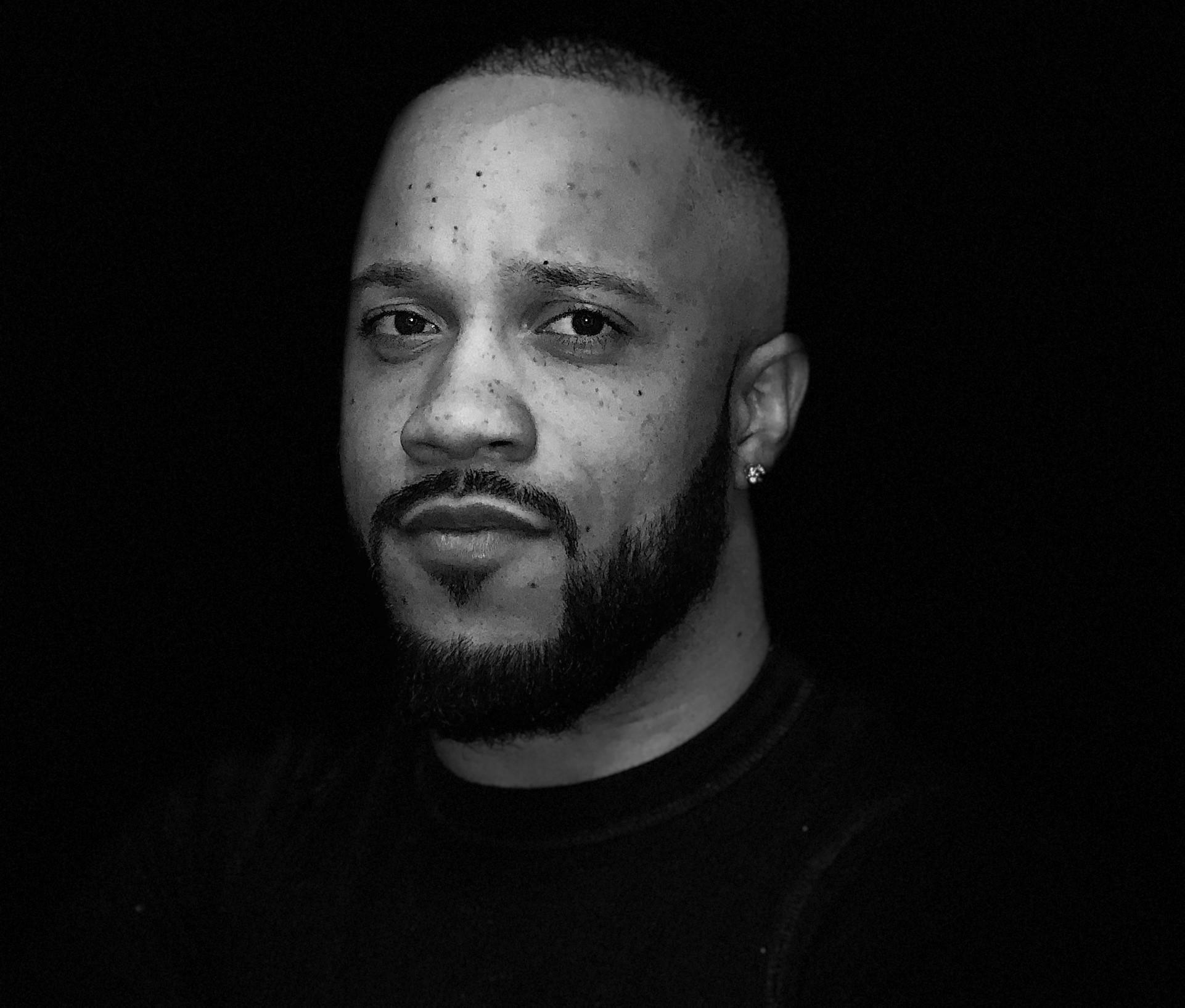 While issues of anti-Black racism are under the microscope at PDSB, problems of discrimination extend in society well beyond the region’s borders. For Battick, a case successfully drawing a link between discrimination, poor mental health and rightful compensation would be important for people around Ontario.

An understanding of mental health and its links with racism is seeping slowly into institutions in Canada. One example is a short statement on the City of Toronto’s website acknowledging the link. As part of an initiative called “Toronto For All” the City is creating dialogue around the reality of racism and its broad effects on society. A designated page on the City’s website under the program specifically highlights the links between anti-Black racism and mental health, and the lack of support: “[D]espite the resilience of Black Torontonians… [they] cannot easily access culturally appropriate mental health supports and services... Addressing barriers means raising awareness, having tough conversations and working together to build strong communities and allyships committed to lasting change.”

Very little of this has been seen in Peel, despite its incredibly diverse demographics.

The precise impact of anti-Black racism on mental health or how widespread the experience is for Black staff within the PDSB is hard to quantify. Thompson said the majority of calls to his equity office from staff are related to experiencing anti-Black racism.

“When people speak to the anti-Blackness, there is definitely a conversation about the impact that would have on their mental health and well being. We have had a number of staff... attribute leaves or mental health days they’ve taken to the trauma created by anti-Black racism,” he said. “It is not only the anti-Black racism that is happening to them directly, it is also the vicarious trauma related to the culture of anti-Blackness that permeates.”

The stories The Pointer heard from the three complainants were varied. One described supervising children in learning settings and having other educators and members of staff speaking directly to students, completely ignoring their designated teacher. In some situations, they mentioned students being admonished for taking part in an activity that they had allowed.

“I think of it like death by a million papercuts,” Battick explained. “These things, although it happens in very small and subtle ways, they have very large impacts. For someone to have that weighing on them for years and not being acknowledged, it’s very burdensome.”

Another teacher was reprimanded for issues around the board’s dress code. They described a situation where colleagues making the same decisions were left unbothered, while the harshest interpretation of the rules were reserved for Black staff. “I’m always micromanaged and since I’ve been at that school, I’ve always been micromanaged,” they told The Pointer.

All three felt race was a factor in the different standards and expectations applied to them at PDSB. 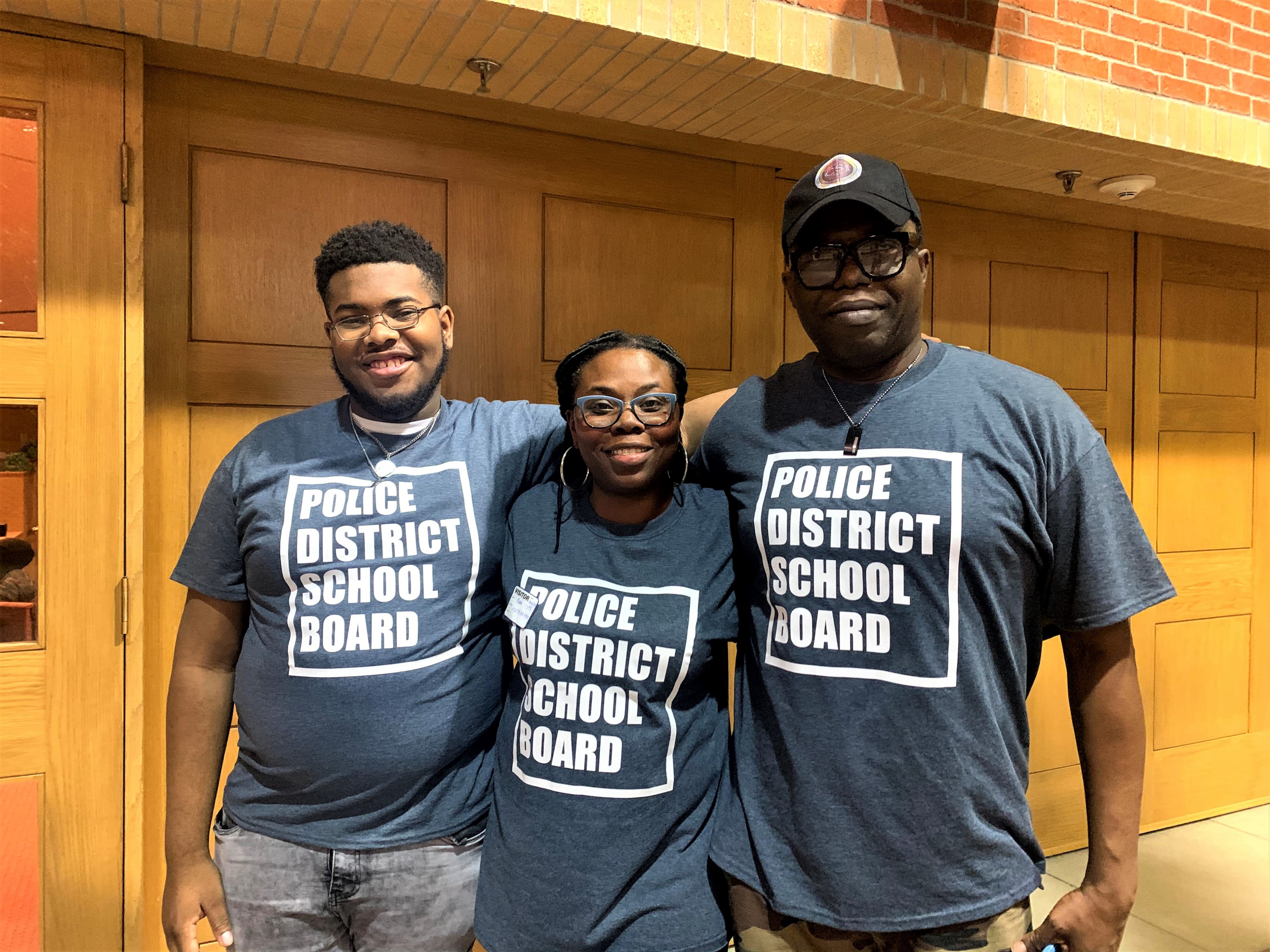 Black community advocates at a PDSB meeting early in the year, protesting systemic racism within the board

The disproportionate expectations and need to go above and beyond to prove oneself, while white colleagues are showered with praise and often elevated, can have tangible, destructive impacts on mental health. The effect of constantly being questioned or undermined can shatter self-confidence, Thompson explained.

“[Multiple] Black staff I have spoken to in the organization ... do not want to make a formal report or complaint about the anti-Blackness they are experiencing or they actively decided to stop applying for jobs in the organization because they feel like they won’t be selected or considered as a result of their Blackness,” he said, describing how these ingrained, often subconscious, dynamics lead some to give up.

One complainant mentioned four separate leaves they had to take for their mental health, while others listed lack of sleep, depression and anxiety among the problems they link directly to their treatment within the board.

“Being a Black male … especially in this board, you have to walk on eggshells,” one said. “You essentially have to be fake: you have to be a happy guy, you can’t have conflicts, it’s hard to advocate for yourself or anybody quite frankly because you are always made to be the villain. I have had weight issues, blood pressure issues, extreme anxiety, stress. I’ve been to see specialists and doctors.”

In Peel, that burden is worsened as some Black staff feel they should step in and protect Black students experiencing anti-Black racism.

“It exacerbates the situation infinitely,” Thompson said. “What I have come to appreciate and hear is that Black staff, at the expense of their own mental wellness and well being, are also needing to be the shield and advocates for children. Sometimes they’re successful in trying to support and protect, but sometimes they’re not. When they’re not successful in trying to protect Black children from anti-Black racism, that then also contributes to a sense of worthlessness.”

Over the summer, PDSB has tried to turn a corner in its battle against anti-Black racism.

Provincial supervisor Bruce Rodrigues, appointed by the Province to take over governance of the board, and Interim Director of Education Colleen Russell-Rawlins have reached out to Black communities in the region. Recently, they extended an apology to parent advocate Idris Orughu after the previous administration barred him from school property.

Internally, Thompson has been frank in his analysis of the situation, working within an organization struggling with its past demons. Many of those responsible for the deepest damage are no longer there. He says the solution, moving forward, lies in greater accountability.

The board, which has traditionally questioned and sidelined allegations of anti-Black racism, has to change how it punishes perpetrators and protects victims. A Human Rights Tribunal decision in favour of Black staff, offering compensation for harming the mental health of employees, could be a step in the right direction.

“I think it would be very significant to them, they would hopefully be able to be vindicated in some way, but also know the struggles and weights of what they have been carrying is not for nothing,” Battick said. “If we can change the law, in this regard, hopefully we can change the way in which people perceive anti-Black racism and its impacts.”