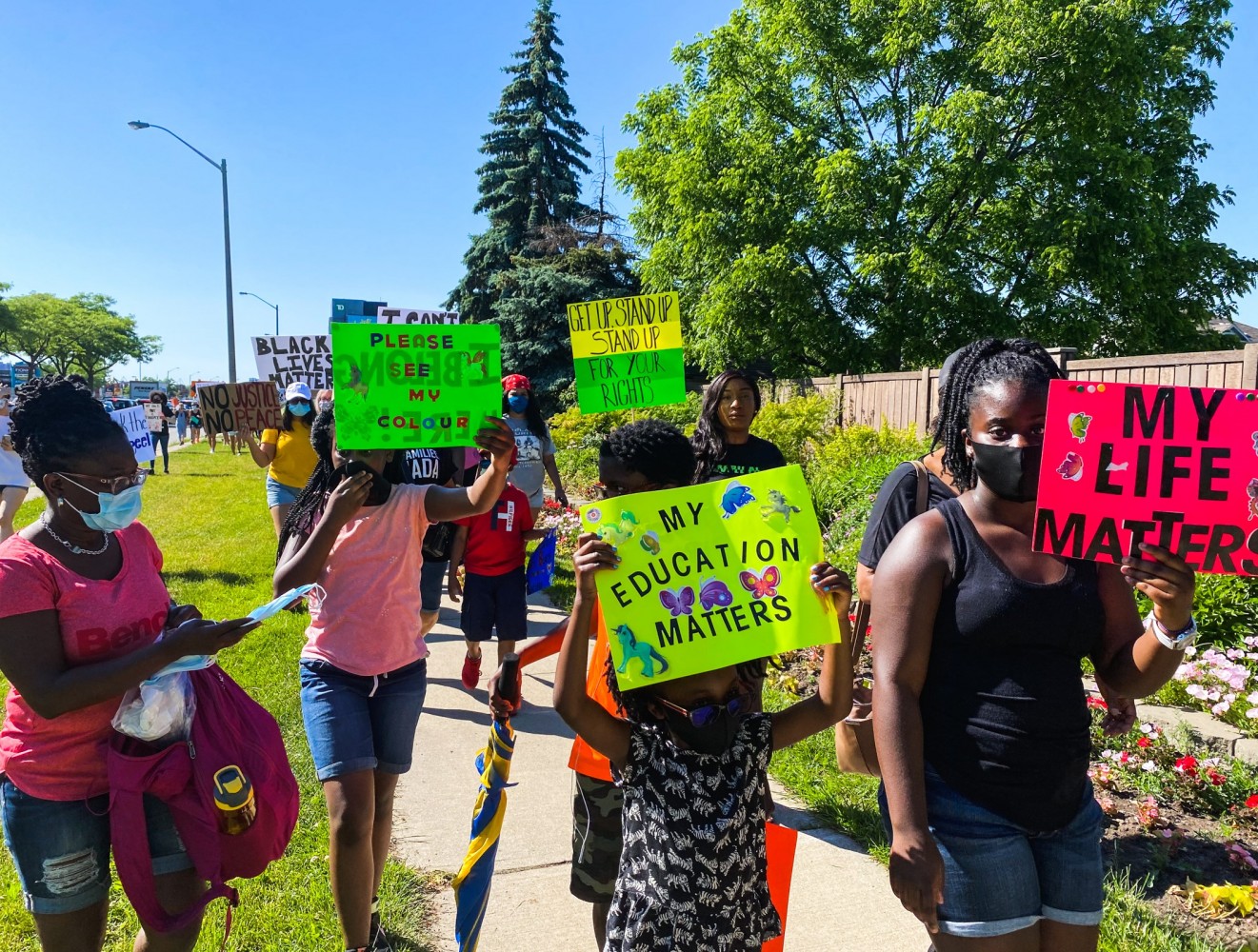 Peel’s Black Lives Matter march on Wednesday was led by a powerful group of anti-Black racism advocates who have been fighting systemic discrimination in the incredibly diverse region for years.

“The timing of it couldn't have been any better, where globally people are concerned about anti-Black racism and oppression, but with the school [board], we decided we have to localize this issue to what is affecting us, what is affecting Black children, and this is what it is right now,” said Idris Orughu, an anti-Black racism advocate, who has been at the forefront of the cause and came out Wednesday to join a march to the Peel District School Board headquarters. 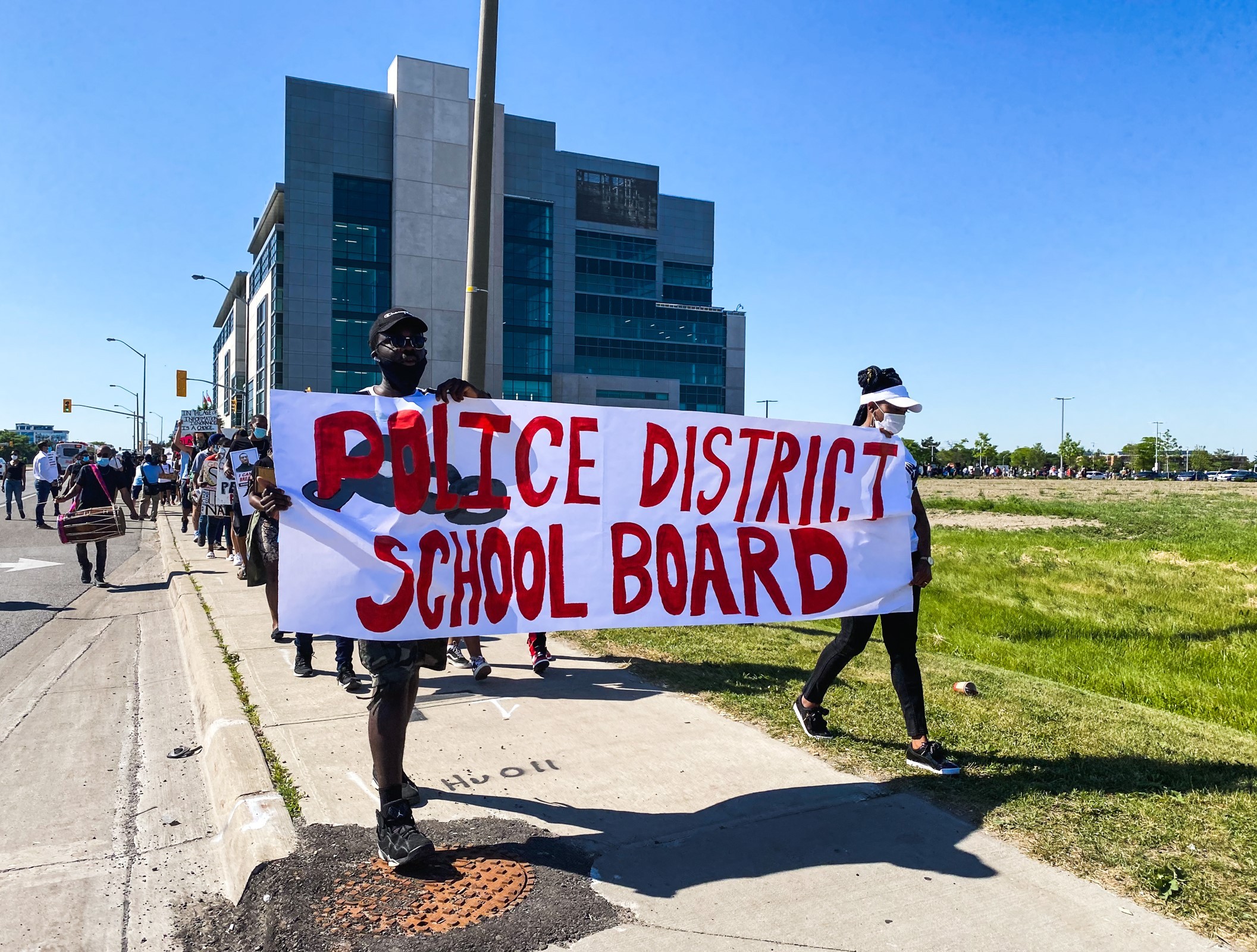 After the rally, late into the night, a meeting of the board’s trustees led to the unprecedented decision, through a unanimous vote, to call in a provincial supervisor who will now take over governance of the troubled board.

On Thursday, Minister of Education Stephen Lecce spoke during a press conference about the recent cry for help from PDSB.

Lecce said he will be getting approval from cabinet shortly and the government will then appoint a supervisor to take over governance of the PDSB, which has failed to effectively address institutionalized racism and other forms of discrimination at the board. He also assured the public that the government plans on acting, “swiftly and boldly” in Peel Region.

The Black Lives Matter movement has been gaining momentum around the world, following the killing of George Floyd at the hand of a Minneapolis police officer who was fired from the force and now faces a second-degree murder charge.

Wednesday’s march to spark awareness of troubling police behaviour within Peel Region, also focused on the systemic issues of anti-Black racism and other forms of discrimination within the Peel District School Board (PDSB).

“There are numerous issues and the board is not even ready to address…. not only are they not capable, they don't have the will and the capacity to address them because they're incapable of addressing this ongoing issue,” Orughu said, ahead of the board’s groundbreaking vote Wednesday night. “It's time for them to go, they have failed, they have failed young Black children in so many ways.”

Peel Regional Police (PRP) has also come under fire for its broken relationship with the region’s Black communities. The most recent incident was in April, when D’Andre Campbell called PRP because he was having a mental health crisis. When police attended the call, according to the family, no efforts were made to de-escalate the young man’s situation and he was fatally shot by an officer who has refused to cooperate with the province’s Special Investigations Unit, which is investigating the use of force by police. 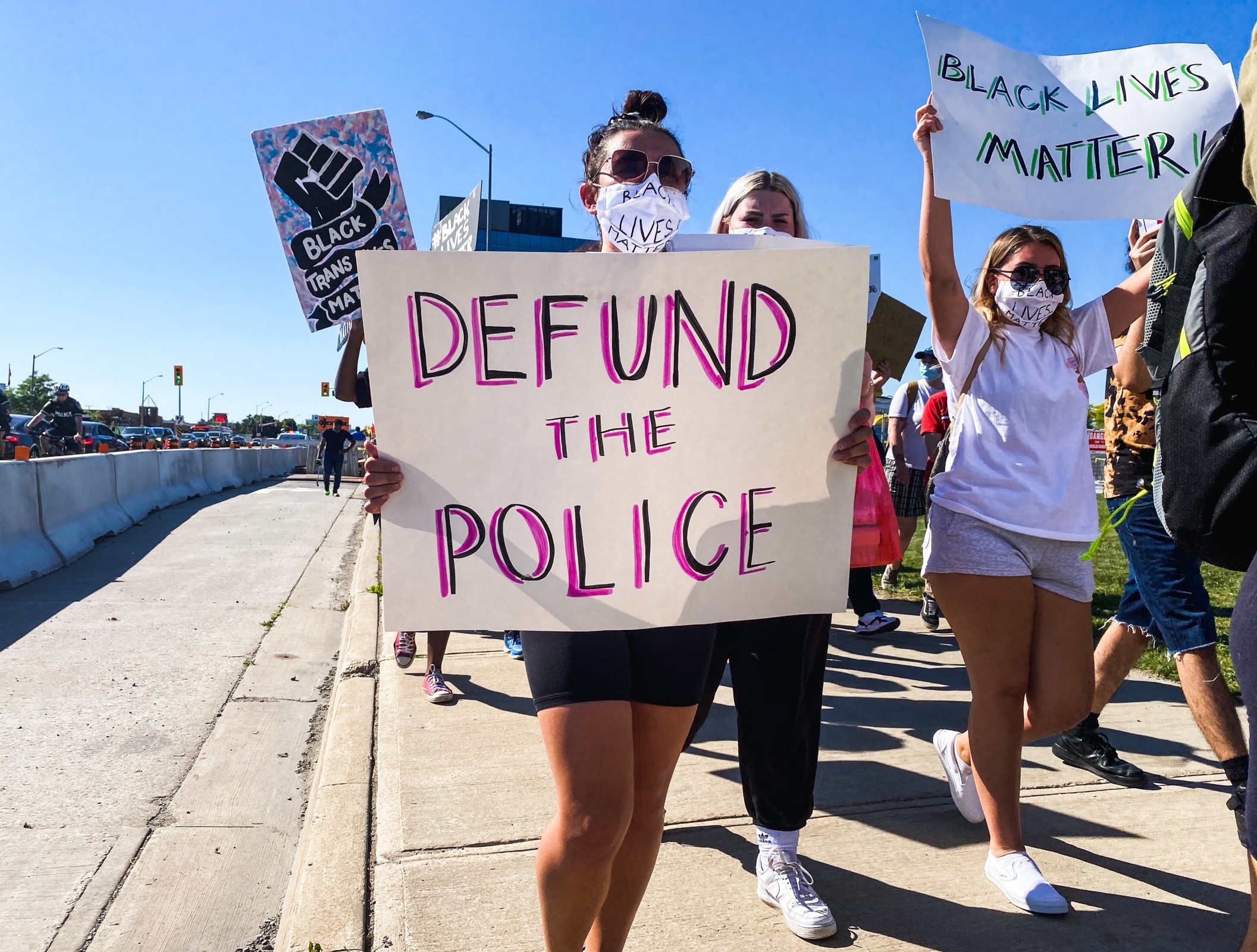 Such incidents are not new in Peel and on Wednesday advocates took to the streets to show their support for the Black Lives Matter cause, as pressure mounts across North America and other parts of the world to finally address injustices long suffered by racialized communities.

“This is a very amazing movement, and I would love it to continue,” said Vaughn Kennedy, who walked in the march. “I can see the progress and I can see the difference, the different people from different backgrounds are joining together … and that's the difference. It’s inclusive, that's the kind of country that we live and the one that looks at equal opportunity, equal rights.”

The march started at the A. Grenville and William Davis Courthouse and demonstrators walked for eight kilometres along Hurontario Street to the PDSB headquarters ahead of the virtual public board meeting. They walked with signs calling out the injustices happening in Peel, across Canada and in other parts of the world.

Placards screamed out words of support to dismantle the PDSB’s leadership, defund police and to remember those who have been lost in the fight. They demanded a response by leaders to the call for action.

It was a hot and cloudless day, but the beautiful blue sky was contrasted with a much darker reality. Those who joined the march said they can not stop until all Black children, Black youth and Black adults can live in peace within Peel and around the world.

Later in the night, the PDSB elected trustees finally admitted defeat. Following a lengthy board meeting a motion was passed close to midnight to call in the provincial supervisor to take over the board.

It was admittedly a call for help from the board, after many failed attempts to meet the province’s directives following its scathing investigation that found widespread racism and discrimination within the board. The PDSB finally admitted it could not fix its deeply institutionalized problems alone. The motion that passed unanimously said the troubled school board hasn’t shown progress and can not act quickly enough to prevent further harm to Black and other racialized students who have been hurt because of PDSB’s culture and its inaction to change longstanding problems.

It is unclear what Wednesday’s stunning decision means for the appointment of Dr. Avis Glaze who PDSB Director Peter Joshua, early in the week, claimed had been hired as his consultant to address systemic anti-Black racism.

In a press release Monday, Joshua declared Dr. Glaze was being hired, “effective immediately,” but this contradicted what he said in response to questions from Trustee Kathy McDonald during Wednesday evening’s board meeting. Joshua admitted to her that Glaze had not yet been hired, despite his claim on Monday.

The board said in a press release Thursday, after McDonald’s effort to clarify the current situation, that Dr. Glaze has yet to decide if she will accept Joshua’s offer and will only engage with the board after she has seen all the reports by the Ministry, while her hiring will only happen once the board has dealt with a June 22 deadline to meet provincial directives to address systemic problems.

Multiple groups are demanding that Director Joshua resign, and now, even if he refuses, it’s possible that a provincial supervisor could force his departure from the board. 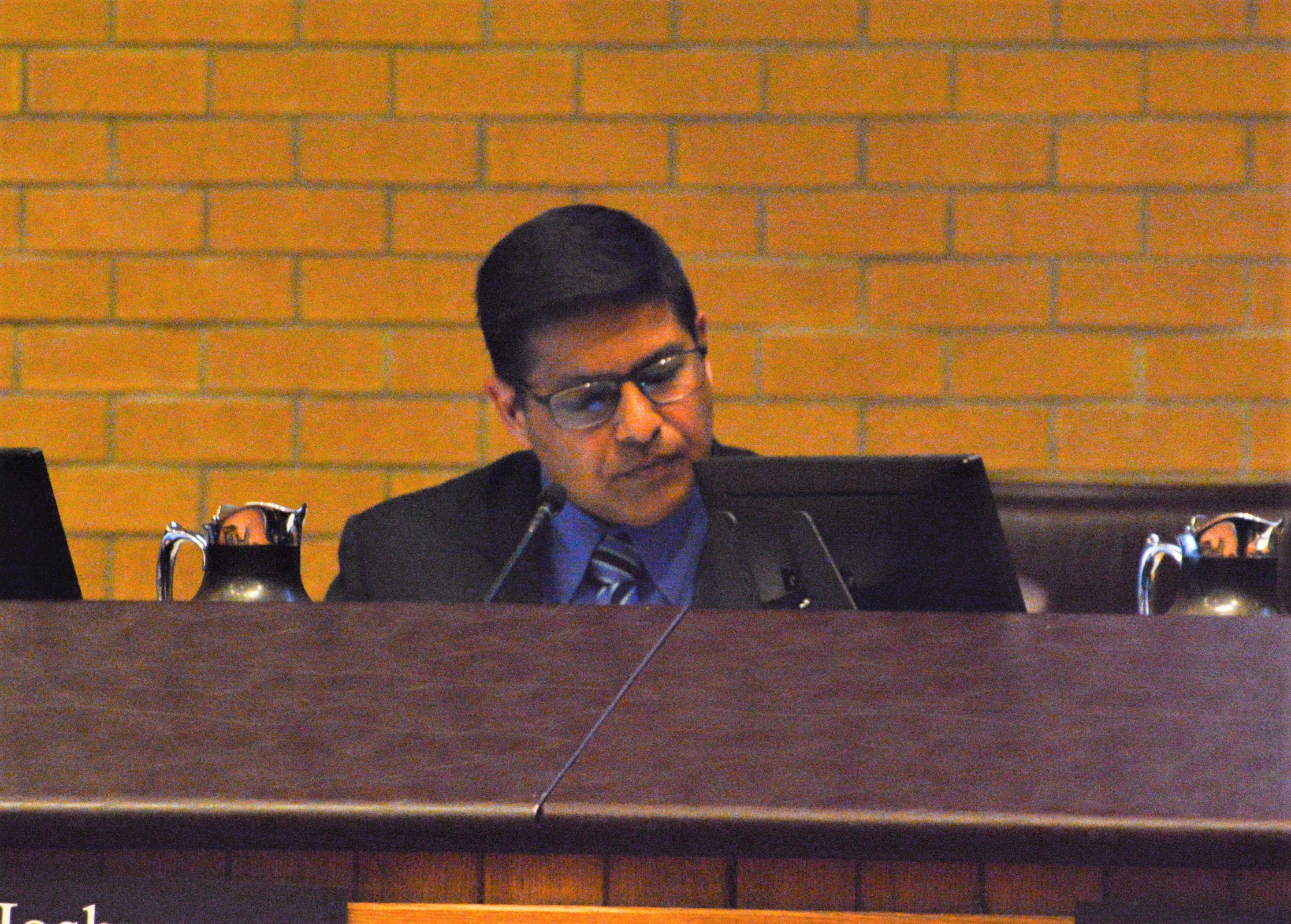 PDSB Director Peter Joshua, facing intense pressure to resign, could be removed by a provincial supervisor

The National Council of Canadian Muslims, the Muslim Council of Peel, the Tamil Association of Ontario, the Ontario Gurdwaras Committee and Brampton Councillor Harkirat Singh, a former PDSB trustee, have joined more than a dozen organizations representing Black communities, all demanding Joshua step down for his failure to deal with systemic discrimination at the board.

Laura Mae Lindo, the official Opposition NDP critic for anti-racism and citizenship and immigration along with Brampton North’s NDP MPP Kevin Yarde made a joint statement early Thursday in response to the new direction from the board.

They asked the province to take action now before students head back to school in September, to ensure the safety of Black students.

“Lecce and Doug Ford have to stop giving unlimited chances to people who allow anti-Black racism to hurt students in PDSB schools – it’s time for them to step up and get this right,” said the joint statement.

It remains to be seen what the provincially appointed supervisor will do once the individual effectively takes over the PDSB in the coming weeks.