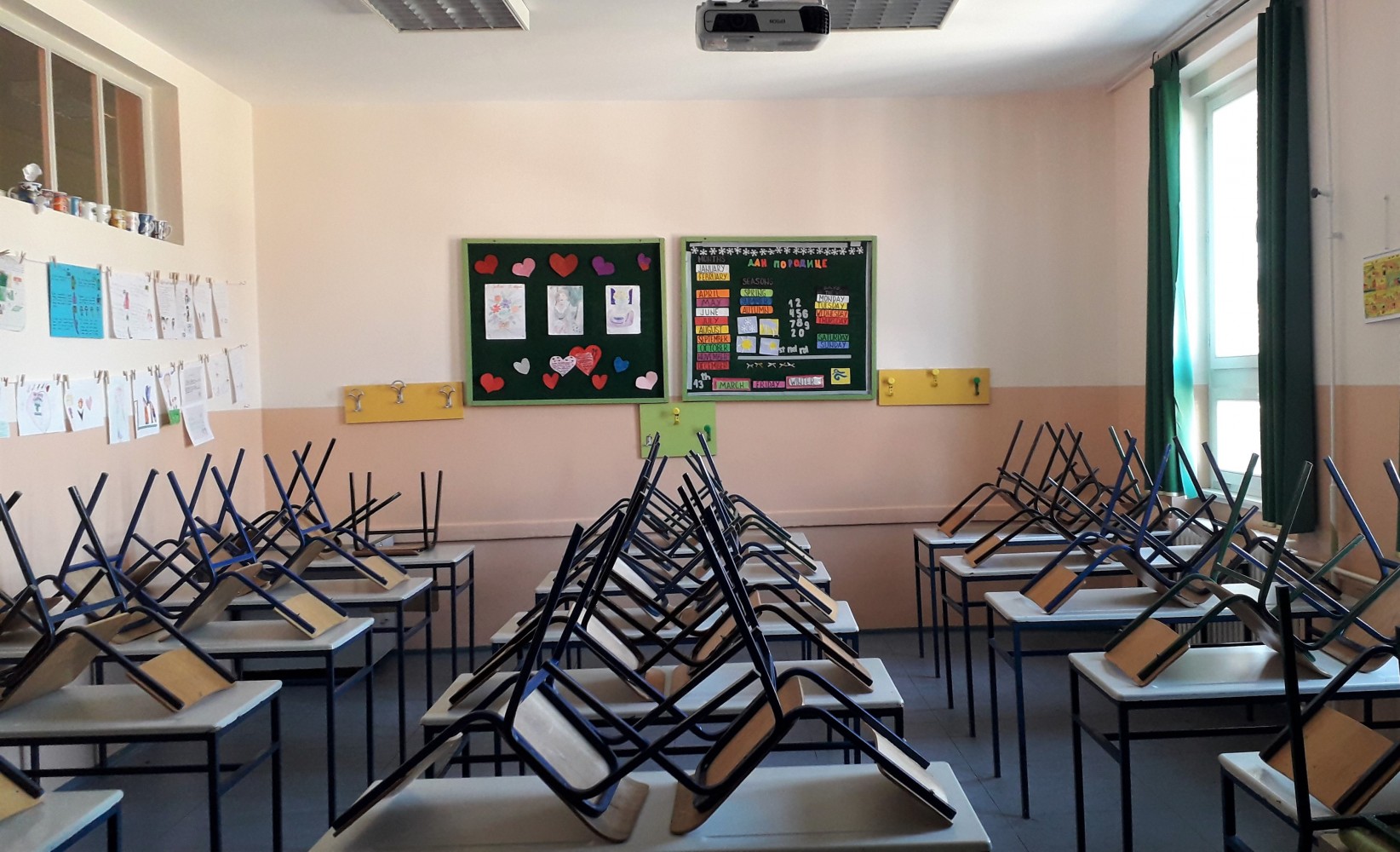 Students can start preparing for a return to the classroom as the provincial government has laid out its plan to get schools open and operating this fall.

With the start of the school year just a month away, parents, students and teachers have been waiting to see what guidelines or restrictions will be in place to allow the reopening of schools that have been closed since March.

On Thursday, Education Minister Stephen Lecce shared the PC’s plan, which will see those students in elementary school returning to the classroom full-time in September with the same class sizes in place prior to the pandemic and a hybrid model for high schoolers in the larger boards that will see them split educational time between school and home, alternating from day to day while their classrooms will see cohorts of about 15 students. 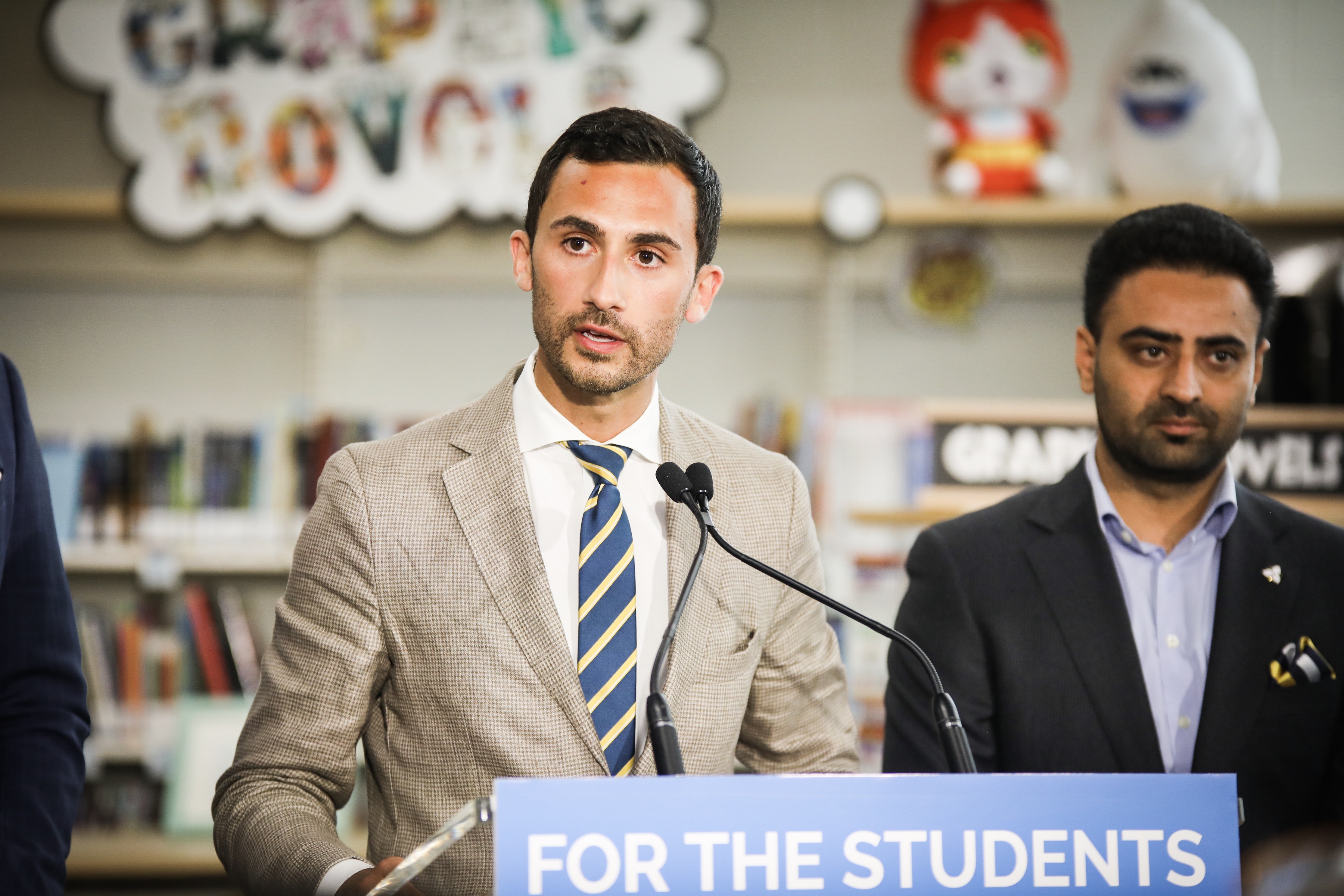 Choosing to send children to school will still be up to each student’s guardian, which means online learning will still be provided to those who choose to stay home.

The scariest part for Peel parent Elizabeth Rovira, who is happy with the province’s decision, is that she is taking the proper precautions to be safe, but she has to trust other families to do the same.

“I think we all have to do our part in order for this to work … people are going to get infected, it's going to end up in the schools, it's how we handle it,” she said.

“This plan will evolve based on the evolution of COVID-19 and the risk to communities across the province,” Leece said.

Kids in Kindergarten to Grade 8 will be in normal class sizes with specific cohorting with a teacher and their peers, to limit the mixing and mingling of students in the classroom, something that could increase possible spread of the novel coronavirus. Most high school students will have cohorts of 15 and will do school half online and half in person.

A sample weekly schedule for cohorting from PDSB

PDSB secondary schools will follow a “quadmester” approach come fall, meaning students will focus on two courses over a quarter of a semester, with four different quadmesters for the year. DPCDSB did not detail its specific plan before The Pointer’s deadline.

Finalized details about a return to secondary schools (such as which days each student will attend and who they will share school space with) will not be available until August 28. Secondary timetables will be released by September 4.

According to PDSB, the first day of class for students will be September 8.

Rovira, a mother of two young kids, was impressed by the relatively early decisions made by the provincial government to get kids back in schools safely.

“I think what they're suggesting is the best for now for what we know,” she said.

Rovira’s three and a half year-old-son will be attending Junior Kindergarden this fall at Chris Hadfield Elementary School in Mississauga, a move she is confident will be safe. But she believes many other parents will not feel safe sending their children back to school so the number of students may be lower than expected.

Many parents have been concerned with getting their kids to wear masks. Rovira said her son has been out a few times wearing a mask with her.

“He thought it's cool,” she said, “he sees mommy doing it, he sees other people doing it."

The only concern she has is that the mask doesn’t fit her son well, so he ends up touching it a lot as a result. She believes he can wear it, but probably not for the full school day, which would be allowed as he is not in Grade 4 or above. For those students, masks will be mandatory.

High school science teacher, Ryan Imgrund, was “somewhat satisfied,” with the announcement by the government.

“Why are Ontario students any different from students in other countries,” said Imgrund, “I think we're just overly concerned about younger kids wearing masks, and we don't need to be.”

Like many parents, Rovira and Imgrund approved of the decision to provide more funding to schools. However, Rovira questions where this funding will come from and if her grandchildren may end up paying it back as the province takes on a significant debt load as a result of COVID-19. Imgrund was concerned the money would not be enough.

Some questions remain unanswered by the province. What happens if there are COVID cases within a class or cohort? The government did say that testing and contact tracing will be critical for the return of students in schools.

PDSB presented its reopening proposal to the province this past week, with further guidance expected by “early August”. The board continues to canvas families to gauge their intentions regarding student in-person participation, to help it draft bus routes and create cohort groupings (to limit interaction and prevent viral spread).

The reopening of schools will be complicated, boards have said. With physical distancing measures in place, the return of all students to the classroom would necessitate more teachers and perhaps even more classroom space. In Peel, as Brampton and Mississauga’s populations have skyrocketed in recent years, classrooms have struggled to keep up with growing student numbers.

In 2019, St. Thomas Aquinas Secondary School, located in Brampton, had 22 portables to help house about a third of the school’s 1,937 students. St. John Fisher Elementary School had 10 portables, according to a spokesperson for the Dufferin-Peel Catholic District School Board.

The movement of teachers between classrooms will be limited under the provincial plan, spacing inside classrooms will ensure proper distancing and enhanced cleaning protocols (many of which PDSB confirmed last week) will also be in place. 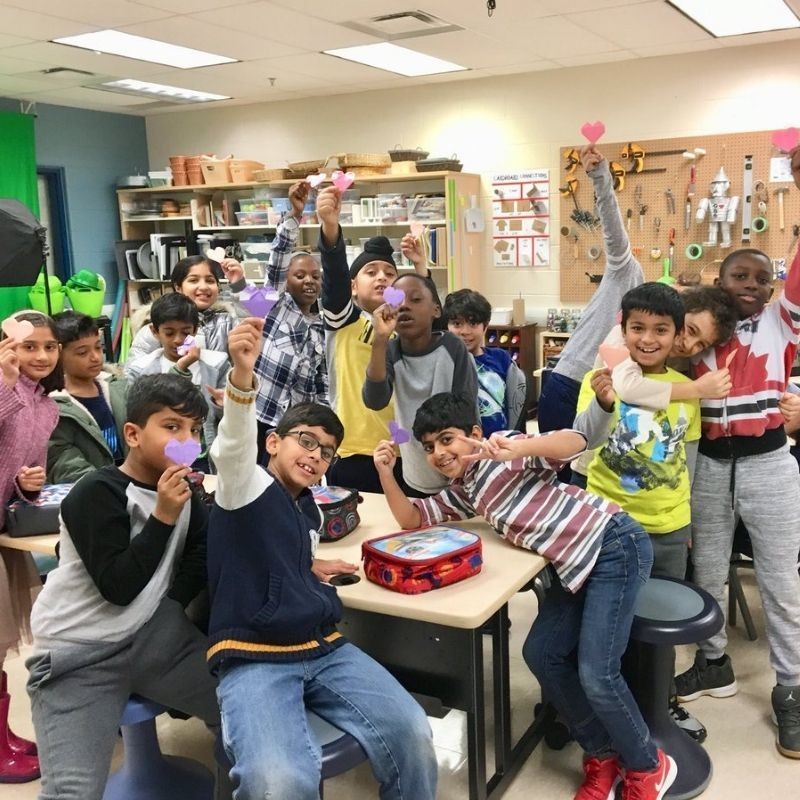 Compared to the past, classrooms and student interaction will look much different in the fall.

Many parents, however, have flooded social media, expressing skepticism about the ability of schools and educators to keep students, especially younger ones, from coming into close contact with each other.

Recently released research shows just how much uncertainty there is, even within the medical/scientific community, around COVID-19.

On Wednesday a new McMaster University report on COVID-19 research was released that says children are not a concern for wide or clustered infection spread and they likely will not cause any spike in case numbers if they return to classrooms.

The team at the Hamilton-based university reviewed 33 global studies to examine the role of daycares and schools in the spread of the novel coronavirus.

The team said that more work needs to be completed to get more conclusive evidence on schools and daycares, but that the preliminary research shows young children are not a serious risk to spread the virus.

However, another new report released yesterday (July 30) in the American medical journal JAMA Pediatrics, states: “Early reports did not find strong evidence of children as major contributors to SARS-CoV-2 spread, but school closures early in pandemic responses thwarted larger-scale investigations of schools as a source of community transmission.”

The research paper concludes that young children, below the age of five, carry higher levels of the virus in their nasal passage than adults and older children carry about the same levels as adults.

“Thus, young children can potentially be important drivers of SARS-CoV-2 spread in the general population, as has been demonstrated with respiratory syncytial virus, where children with high viral loads are more likely to transmit. Behavioral habits of young children and close quarters in school and day care settings raise concern for SARS-CoV-2 amplification in this population as public health restrictions are eased,” the research paper, which was based on examinations of 145 COVID-19 patients (broken into three groups: under 5; 5 to 17; and 18 to 65) with mild to moderate cases, concludes. It states that more research is needed to confirm the initial finding that young children and even older children represent a significant risk for viral spread.