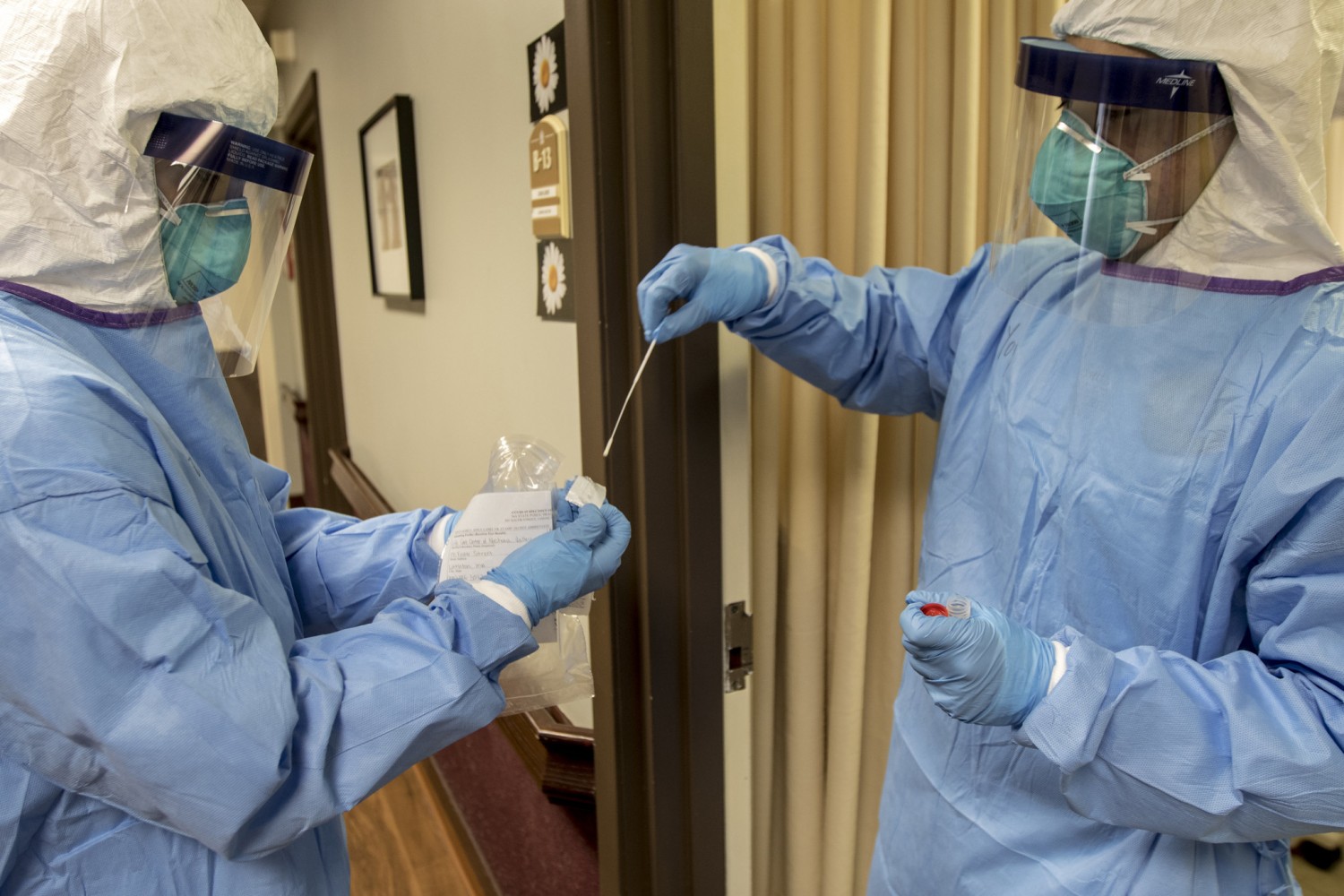 As new cases of the novel coronavirus continue to appear in long-term care homes across the province – including nearly 20 facilities in the Region of Peel – Premier Doug Ford is looking to the Canadian military for help.

The provincial government has also introduced enhanced screening, testing and surveillance measures for these homes in an effort to stop the spread of COVID-19.

The significant step signals the gravity of the situation being experienced in these long-term care and retirement homes across Ontario, where there are currently 125 outbreaks and nearly 300 residents have already lost their lives.

In Peel, 22 long-term care residents have been killed by COVID-19 (almost 40 percent of the region’s total deaths) and the numbers are only expected to rise with new cases announced almost daily. It remains unclear if these numbers capture the full scope of the problem, as not all long-term care and retirement facilities in Peel are reporting up-to-date numbers, while many are reporting them in different ways, making it difficult to track. According to the Region of Peel, 351 cases are confirmed in long-term care and retirement homes in the region.

A breakdown of COVID-19 cases in the Region of Peel as of April 22.

On Wednesday, Erin Meadows, a long-term care facility in Mississauga confirmed a huge spike of 21 new cases of COVID-19 in the last 24 hours, including 18 residents and three staff members. The facility, managed by Schlegel Villages, has now seen 41 cases among its 180 residents, as well as 20 staff members and 10 deaths.

At Erin Mills, another long-term care facility managed by Schlegel Villages in Mississauga, 5 new cases have been confirmed over the past day (4 residents and one staff member), bringing the home’s total to 14 residents, 14 staff and 6 deaths. The company, according to its website, operates 19 long-term care and retirement homes in Ontario that house more than 4,000 residents.

It is now posting an updated list on its website that shows the number of COVID-19-positive residents and staff, and the total number of deaths, which stands at 34 as of Wednesday afternoon.

“We are deeply saddened to share news that a resident from the Village of Humber Heights LTC who had tested positive for COVID-19 has passed away and another who called Erin Mills Lodge home has also passed away,” an updated statement on Schlegel’s website says.

The new cases over the past day in Peel are part of the 68 new infections confirmed across the region by public health officials Wednesday morning, including 16 new cases in Mississauga and 48 in Brampton.

As of Wednesday, there are 12,245 confirmed cases of COVID-19 in Ontario, 6,221 of which have been marked as resolved; 659 people have been killed by the virus in the province.

The tapering of new cases across the region and the province, which has consistently registered an increase in new cases between 5 and 7 percent daily over the past week, led provincial health officials to declare earlier this week that the province was entering the peak period of the pandemic. It means the province may soon start to see a decrease in the number of new cases being confirmed, which could eventually lead to the softening of physical distancing restrictions and the reopening of local businesses.

However, the dire situation in long-term care continues to require significant help, and Ford has asked the federal government to deploy assistance from the Canadian military to help in 5 long-term care homes in Ontario.

“We had a robust strategy and this is just enhancing it in five homes,” Ford said Wednesday. “It’s all hands on deck and all the help we can get, we’ll take.” 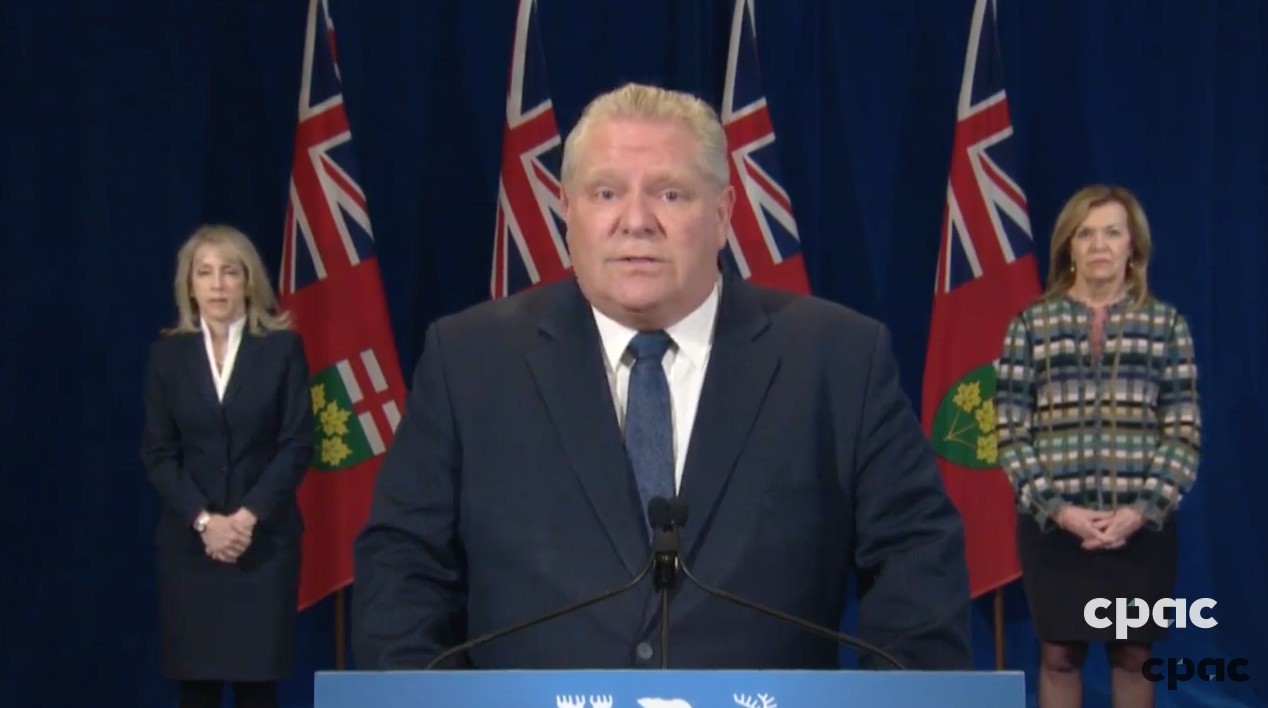 Premier Doug Ford is asking the federal government for the Canadian military to step in to assist with COVID-19 outbreaks in five long-term care facilities in the province.

Ford admits the situation in long-term care has caught the province somewhat by surprise.

“We thought it would be a different scenario, we thought we would have full hospitals and that’s not the case,” Ford said. “We reallocated hospital resources over to long-term care to make sure that they had the support.”

Despite being asked repeatedly, minister of long-term care Merrilee Fullerton would not say which homes are being designated for assistance.

“Things change very quickly, sometimes hour by hour so I want to make sure that everyone understands that that military assistance will go to the homes that are in greatest need and so I will leave it there,” she said during a Wednesday press conference.

It’s unclear if any long-term care homes in Brampton or Mississauga will receive military assistance and it also remains unclear how many military staff will be deployed. One home in Brampton in desperate need of assistance is Grace Manor, operated by Holland Christian Homes. The facility currently has 49 residents and 21 staff members infected with COVID-19 and two residents have already lost their lives. The crisis led the Central West Local Health Integration Network (LHIN) to bring in a team of paramedics to swab test every resident in the facility.

Over the weekend, the company released a message asking families to prepare for the worst and ensure funeral arrangements were in place for their loved one, and that a lack of staff made it impossible to move residents into any COVID or non-COVID designated areas. Families have been told their calls and messages seeking updates on their loved ones will more than likely go unanswered due to staff concerns.

“All staff will be on the floor working, with no one staff sitting in the nursing station to answer telephone calls and messages left on the voice mail will be checked less frequently. We apologize in advance if your calls are not returned in a timely manner, but we will need to prioritize these based on the urgency of the call. It would be very much appreciated if families could restrict phone calls to the nursing station to only those calls which are deemed critical at this time,” a notice on the company’s website reads.

Despite the concerns, a separate notice on the company website advises families not to remove their family members from their homes, as they could be putting others at risk.

“Removing your loved one from long-term care is not in the best interests of your loved ones,” the company advises families, who are told that if they do remove residents, “The unfortunate may occur.”