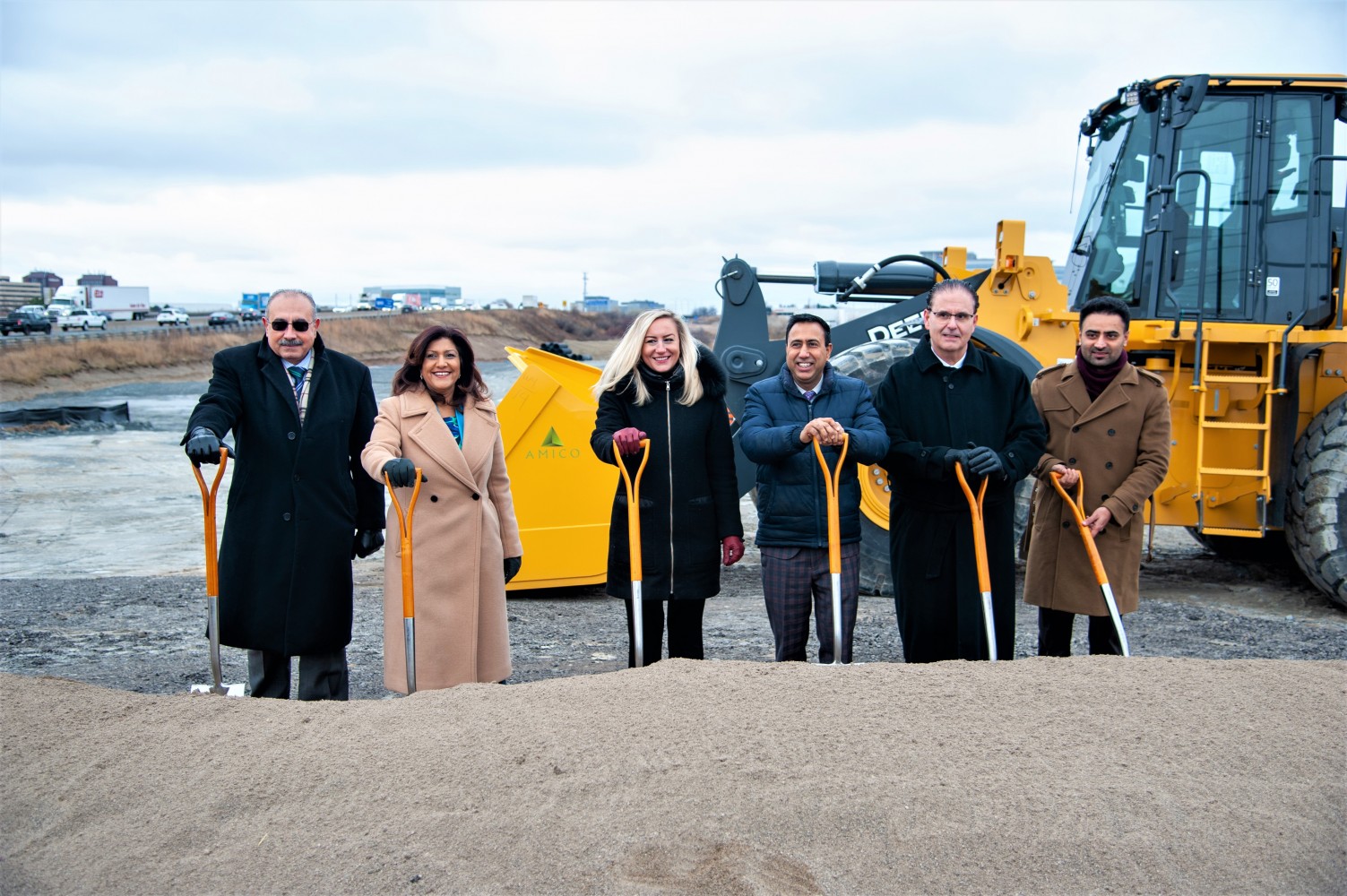 In a statement sent to members of the press last week, the Ontario government proudly asserted it was “making life easier for drivers” through its plan to widen Highway 401 from Mississauga to Milton.

As an administration which has crusaded to revoke the carbon tax, worked hard to decimate the Greenbelt and disbanded many environmental safeties, it is perhaps unsurprising that such a statement would be heralded by the government of Doug Ford. However, the timing is still bad and the location is worse.

This Wednesday, council will vote on the Mississauga Climate Action Plan, which includes the significant target of reducing greenhouse gas emissions to 80 percent of their 1990 levels by 2050.

It seems unlikely that increasing the width and capacity of North America’s busiest highway will compliment the city’s climate plans and help reduce the greenhouse gases around Mississauga. The province is bullishly pressing ahead with the project regardless. 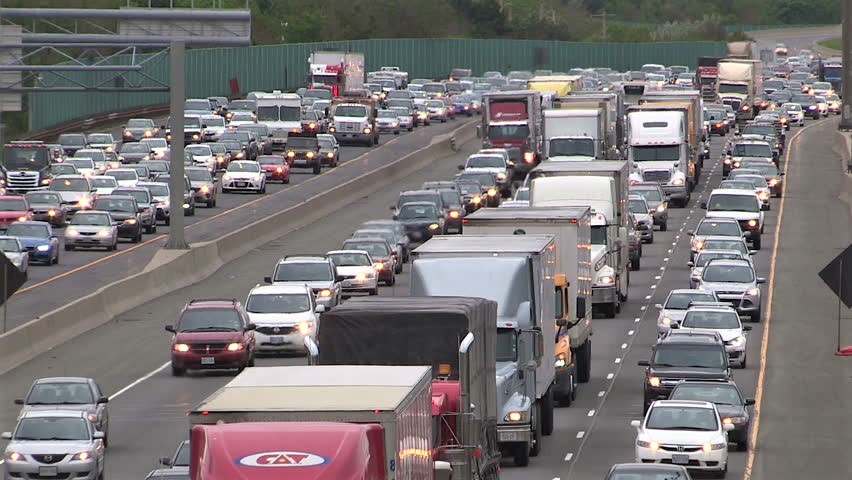 The widening, which has now officially begun, will be applied to an 18 kilometre stretch of the 401 from Mississauga to Milton and will cost the province’s taxpayers $640 million. The Ontario government says the project will “shorten commute times” and “encourage investment and job creation.”

"Our government is committed to strengthening Ontario's highway network and making Ontario open for business," said Kinga Surma, Associate Minister of Transportation. "This crucial expansion of Highway 401 means that thousands of Ontarians will spend less time in traffic and more time on the things that matter to them – being with family, friends or at work."

However, there is abundant evidence that road widening and increasing highway capacity does nothing to reduce congestion and everything to increase pollution, while it actually makes gridlock and commuting times worse. This is the case for various reasons. At its most basic level, the fact that only 18 kilometers of the highway is being widened creates an issue, with increased capacity on a short section encouraging more drivers, who will inevitably hit a bottleneck at areas where the road is less wide, leading to a ripple-back of delays along the highway.

In 2011, the American Economic Association coined the term “the fundamental law of road congestion” in a 30-plus page research paper which laid out the fact that more highways simply means more cars. The study, which was done using data from across the United States, concludes that “increased provision of interstate highways and major urban roads is unlikely to relieve congestion of these roads,” adding later that “data show that building roads elicits a large increase in VKT [vehicle kilometres travelled] on those roads.”

Numerous global studies including research in Canada has found the same. Whereas regions that invested in transit including rail networks have been able to reduce commute times, those that have simply built more highway capacity have created even longer commute times to travel the same length.

The 2011 U.S. study agrees with the province that the widening of the 401 is “making life easier” for drivers, though it comes to a radically different conclusion. The wider road may initially lead to shorter commute times, making driving quicker and less expensive because drivers spend less time idling in traffic. However, that very success will be short-term as it incentivizes more drivers to take to the roads for their commute, negating any improvement and leading to a net increase of drivers between Mississauga and Milton.

“The fundamental law of road congestion requires that changes in the extent of the road network are met with proportional changes in traffic,” the study reads. “We have suggested four possible sources for this increase in traffic: changes in trucking and commercial driving; changes in individual or household driving behavior; changes in population; and diversion of traffic.”

Its growth is directly tied to the 401 and illustrates the catch-22 of creating more highway capacity, which will inevitably lead to more residential construction in further flung areas where more drivers will spend more time commuting from, competing for space with even more vehicles.

The project is expected to be completed by 2022, with widening taking place to different extents. At its widest, the road will stretch across 12 lanes from just east of the Credit River to Winston Churchill Boulevard and the 407/401 interchange to James Snow Parkway. It will be 10 lanes for the rest of the widening.

In a nod to environmentalism and sustainability, the road rehabilitation will feature a median high occupancy vehicle lane to encourage ride sharing and offer priority.

Five of Mississauga’s six Progressive Conservative MPPs piled into the press release announcing the widening to celebrate the benefits they feel it will bring. Only Natalia Kusendova (Mississauga Centre) was absent from the short, supportive statements. Nina Tangri (Mississauga-Streetsville) said the project would be “beneficial to all the people and businesses who rely on these roads,'' while Sheref Sabawy (Mississauga-Erin Mills) described it as a “key project.” Rudy Cuzzetto (Mississauga-Lakeshore) said that his government was making “huge investments in transportation infrastructure,” with Deepak Anand (Mississauga-Malton) adding that investing in this project meant that the PCs were “building a better transportation system for the future of our region.” 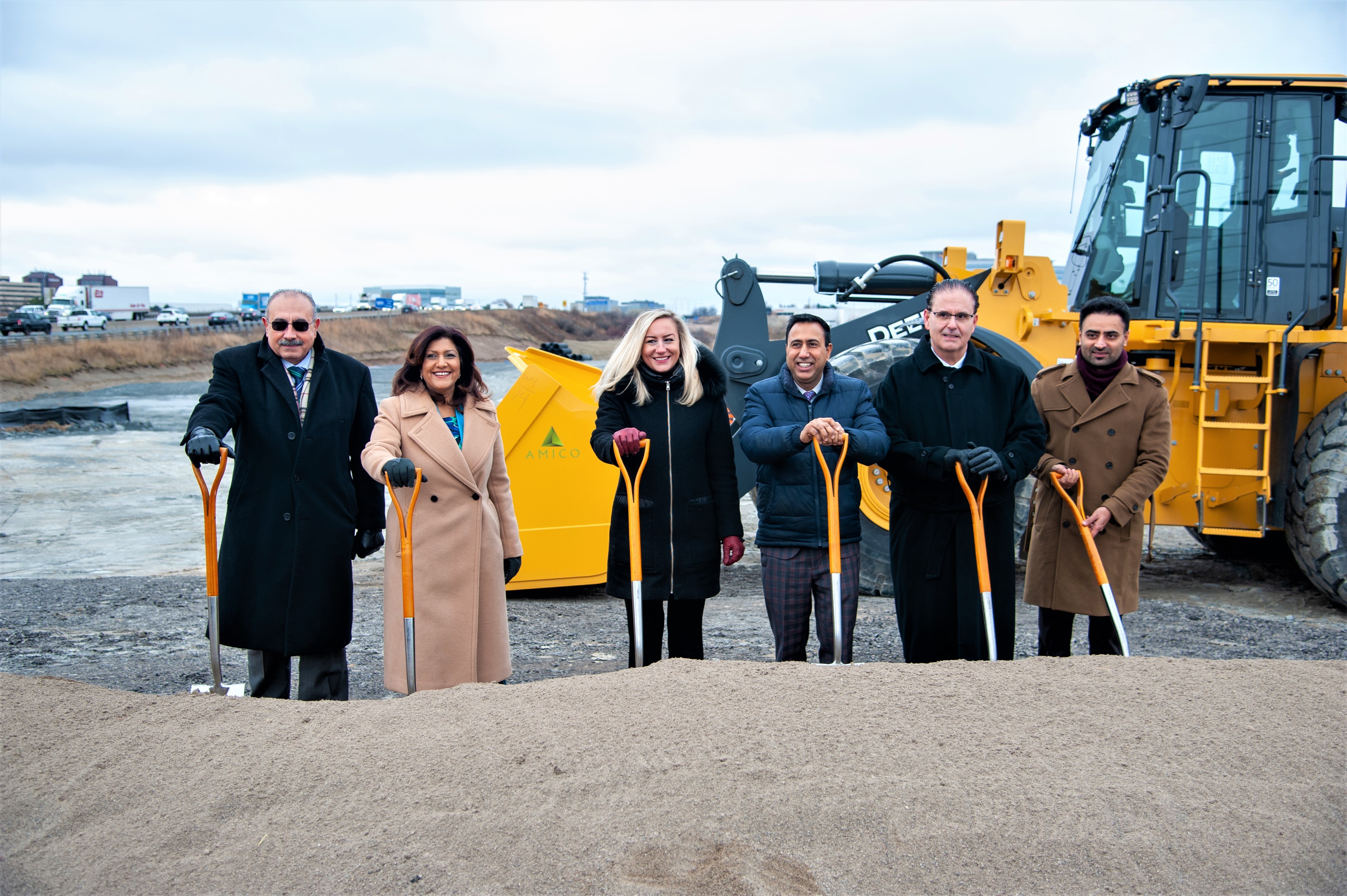 Only Mississauga East-Cooksville MPP, Kaleed Rasheed, made reference to higher order or public transit systems that more people are using, demanding a shift in city and provincial planning away from greenhouse gas emitting single occupancy vehicles. “This stretch of Highway 401 is one of the busiest in the GTA,” Rasheed said. “Making smart investments in both highway and transit projects is part of our plan to support economic growth and get people moving.”

In a follow-up response to The Pointer, a spokesperson for MPP Rasheed confirmed the transit investment he was referring to was the Hurontario LRT. They also said that the MPP would push for “the expansion of the Bloor/Danforth line [TTC Line 2] that extends west of Kipling,” adding that “the goal would be a day when the subway or some form of transit reach Square One.”

Rudy Cuzzetto also responded to a request for comment, highlighting the investments in public transit the province are making. He highlighted increased service on the Lakeshore West GO train alongside the Hurontario LRT, which will be built by 2024.

“As I have written previously, the Hurontario LRT will be a game changer for Mississauga-Lakeshore, delivering transit for the people, and transforming Hurontario into a vibrant, people-centered corridor, linked to the GO Transit network right in Port Credit,” he told The Pointer.

Despite the mention of rapid transit in Mississauga by its provincial representatives, the $640 million price tag for a highway widening may leave a sour taste. With the city and region in the midst of particularly testing budgets and many projects unfunded, councillors would be right to question the province’s priorities, although the project has been on the books for years since the previous Liberal government approved it.

As The Pointer reported, the provincial government is currently considering plans to demolish the historic QEW Credit River bridge, despite its provincially recognized heritage designation (click here to read about it). Instead of previous plans to rehabilitate the bridge, the ministry of transportation now favours demolition and the construction of two standard box girder bridges instead, something it believes will provide a significant cost saving. For the province to have shovels in the ground on a highway expansion worth more than half a billion dollars while it contemplates demolishing an item of heritage might not sit well with some.

The Credit River Bridge is set for demolition

Speaking to The Pointer, Ward 1 Councillor Stephen Dasko was keen to talk philosophically and not “rank priorities”.

“I’m a believer that you’ve got to maintain and stay ahead of the curve when it comes to your infrastructure, bar none,” he said. “When it comes to their [the province] priority list I’m hoping that they’re using evidence based techniques to do it, which I know that they do, so I won’t delve into that [401 widening] too much, because it is more of a provincial justification. I am also of the belief that we need to have people moving… that’s just my philosophical thoughts on it.”

Dasko did repeat his desire to see the QEW bridge saved and asked for further “transparency” from the province on how cost decisions were made.

In March, the provincial transit operator Metrolinx cut out the Mississauga downtown loop from the Hurontario LRT due to rising costs. Though the agency told The Pointer that this change had no impact on its ridership forecast, it was a central pillar of Mississauga’s downtown planning, development and considerations for the LRT. During the federal election, Mayor Bonnie Crombie was particularly vocal, through the Mississauga Matters campaign, calling for federal funding to pay for the loop.

Estimates for the cost of the route sit at around $200 million for the three stop portion, money the province took off the table and the city has so far been unable to make up the difference. That money is almost exactly a third of the sum being spent widening the 401 through Mississauga and Milton.

Any investment in the city’s downtown LRT corridor would return significant amounts of revenue to the city from large-scale developments and property taxes that rail systems in city-centres create.

The existence of the loop would help create more density and more transit-oriented design in the city, allowing Mississaugans to leave the car at home. In the long-term, this modal switch would reduce reliance on the car and, as a result, congestion on highways like the 401.

Doug Ford was in Mississauga at the end of last week, where he spoke to Mayor Bonnie Crombie, though the topic of the 401 widening was not broached. Instead, the Mayor and Premier discussed the recent Regional Governance Review, infrastructure projects such as the downtown LRT loop and the province’s plans for the QEW Credit River Bridge. 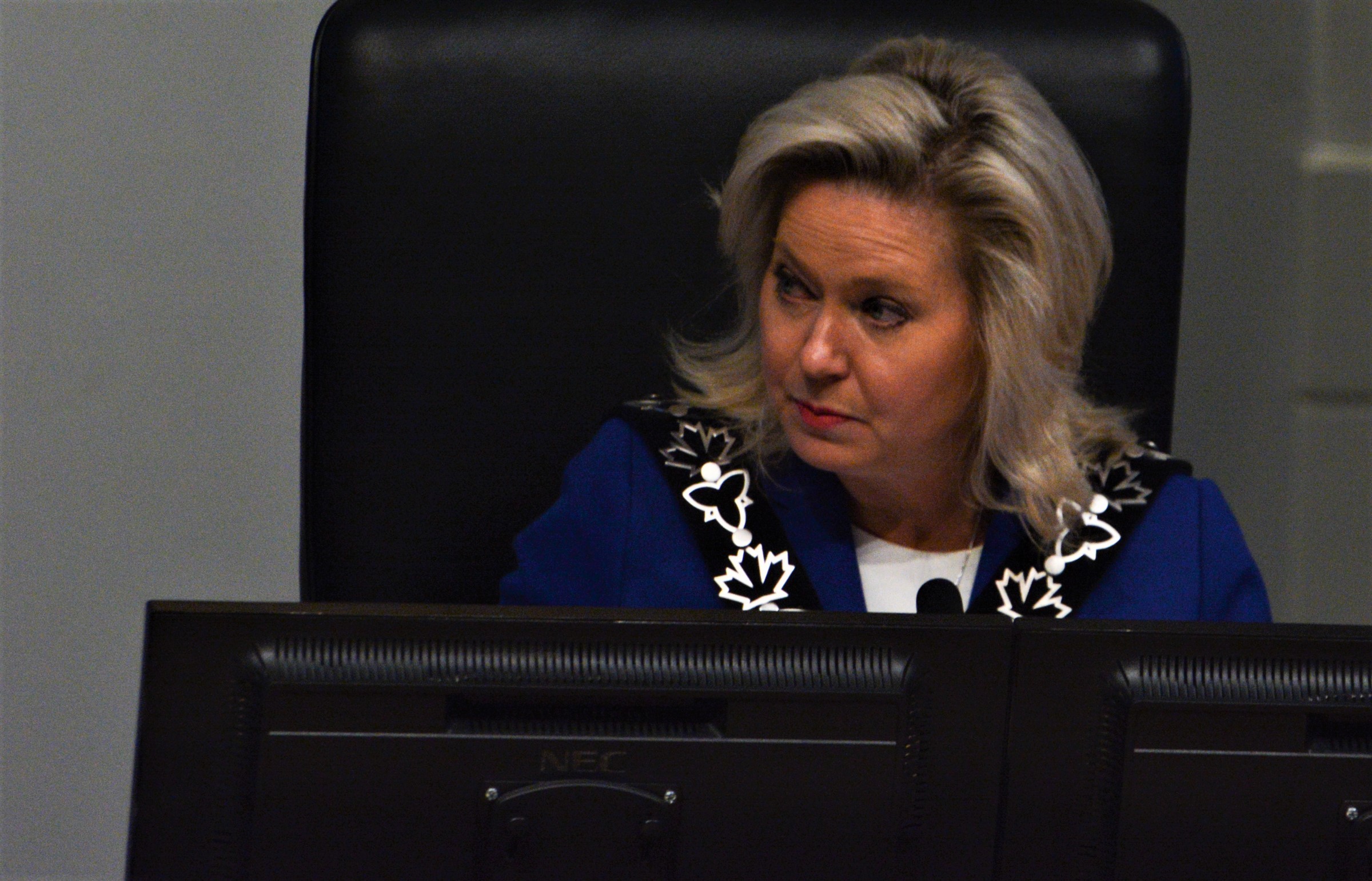 “The meeting with Premier Ford was productive,” Crombie told The Pointer in a statement by email. “We discussed the decision on the Regional Governance Review, our transit and infrastructure priorities, and the QEW bridge. It was a productive meeting as the Premier understands Mississauga’s priorities and has signalled his willingness to work with us to achieve our objectives."

It’s unclear if the city will get any money from the Ford government for those objectives. It was the PCs who cut the LRT loop from the Hurontario project in March, citing rising costs and an unwillingness to fund the full plan the previous Liberal government had committed to.

In relation specifically to the widening of the 401, it is worth noting that the environmental assessments for the project date back to 2013 and 2015 under the Liberals.

The stretch of the 401 in question is, without doubt, an area which suffers serious congestion, slow commutes and capacity issues. There are currently few public transit options, if any, to traverse the route, meaning the choice is perhaps not as straightforward as higher order transit versus highways.

The press release heralding the expansion of the 401 ends by stating that 250,000 people travel along the 401 in Peel and Halton every day. With plans to expand the highway now truly in motion, that number of drivers is likely to grow significantly after the project finishes.

Though it’s not a municipal matter, the highway does cut right through Mississauga. It’s obvious that the $640 million plan runs contrary to the recently stated emissions reduction goal that Crombie stated in council.

In September, when staff outlined a plan to reduce municipally-controlled greenhouse gas emissions by 80 percent by 2050, the mayor responded, “Why aren’t our goals 100 percent?”