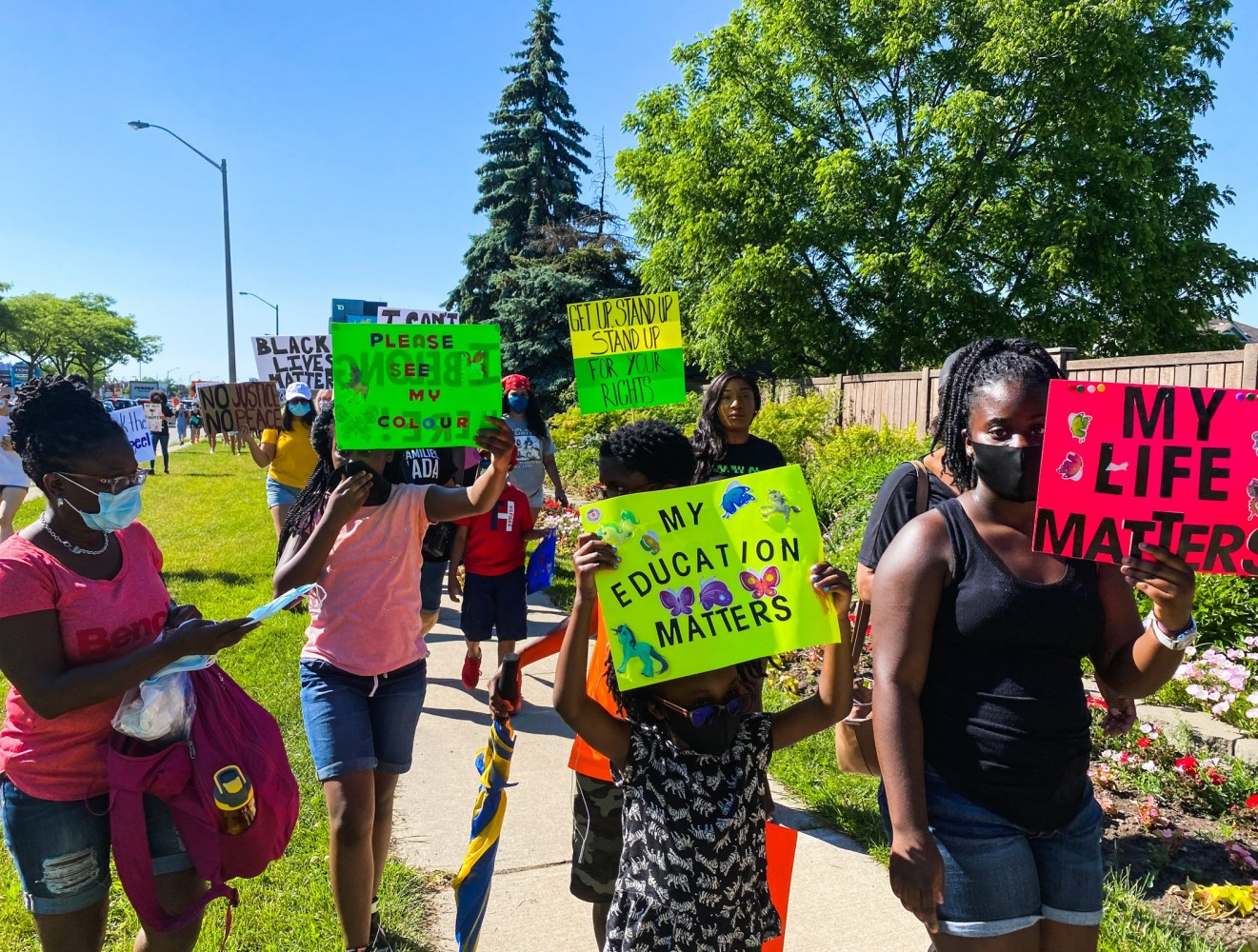 While Kathy McDonald, the trustee who for years has pushed for equity and inclusion action inside the PDSB, says the Province’s decision to end its 30-month supervision of the troubled board is a good thing, signalling it’s time for elected officials to do their job, some Black families and advocates say the move is premature and was done without community consultation.

The supervision by the Ministry of Education began in 2020, after the Province determined PDSB trustees had caused deep harm to visible minority students and did not have the will to protect students through good governance after a series of disturbing reports and events.

After 27 Directives to address systemic discrimination including anti-Black racism were handed down by the ministry, a majority of trustees, the government determined, lacked the understanding or skills to implement and enforce the mandated changes. To transform the board after decades of systemic bias and discrimination, trustees were stripped of their governance duties.

Now that provincial supervision has ended, governing powers will be returned to the elected board of trustees (six of the twelve elected members are new, following October’s municipal race).

While the final report on his work was submitted by Supervisor Bruce Rodrigues December 23 and a final letter was given to Minister of Education Stephen Lecce on January 3, families were told on Thursday that the decision to end Rodrigues’s supervision happened only the day before. 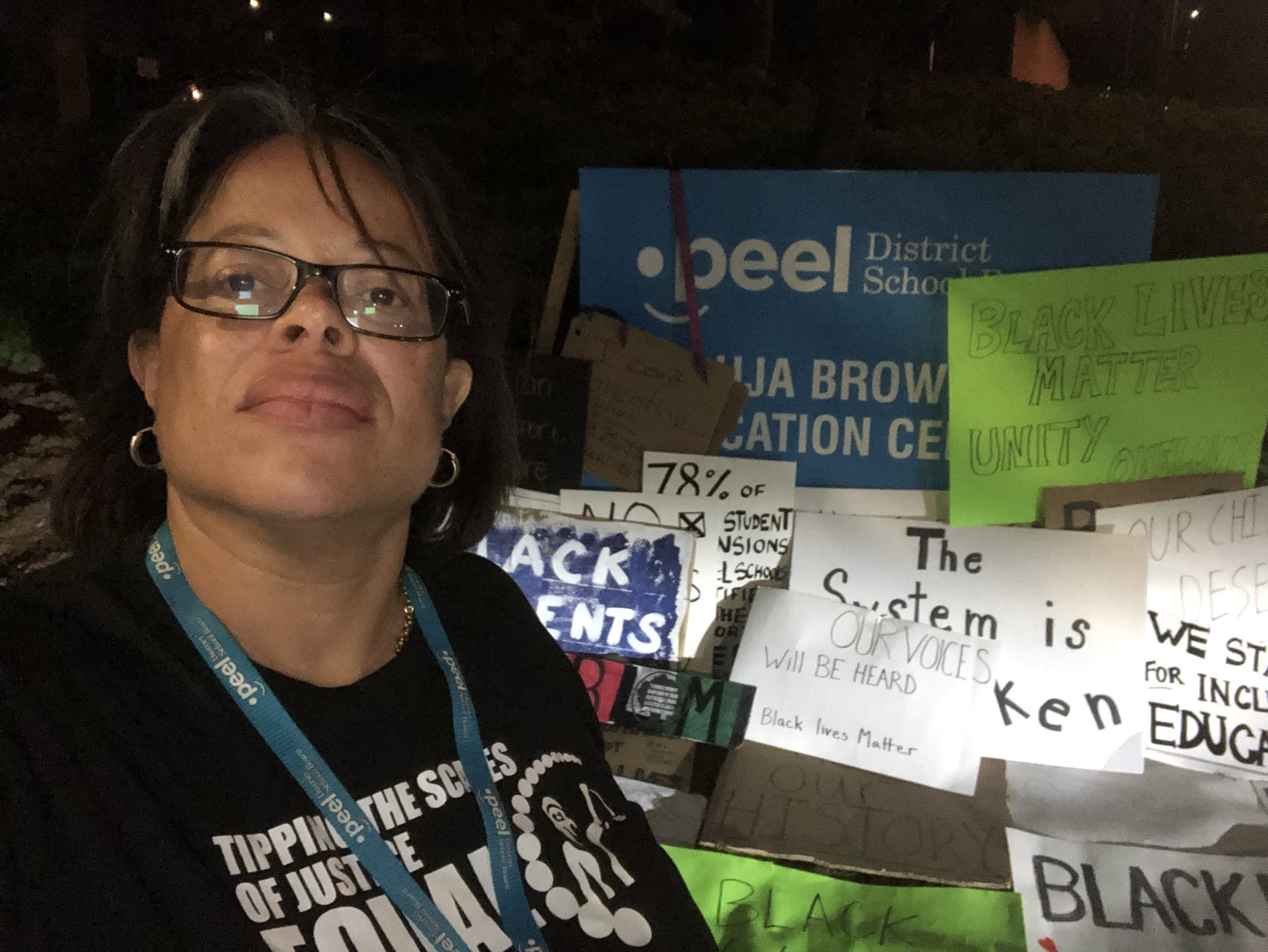 Trustee Kathy McDonald has been a driving force behind change at the Peel District School Board.

He stated the PDSB, under the leadership of Director Rashmi Swarup, who was hired under Rodrigues and has impressed stakeholders across Peel since arriving, is in good hands.

“I too echo the sentiments of supervisor Rodrigues, that the senior administration team is adequately equipped to understand the policies and practices, and ensure they are in place to make sure all students will be protected from discrimination,” McDonald told The Pointer. “I look forward to working with all my colleagues as we uphold the principles of good governance. Director Swarup is committed to ensure the provincial directives are implemented and enforced, and Kathryn Lockyer’s guidance over good governance fills me with optimism.”

Lockyer is the PDSB’s General Counsel and Governance Officer. 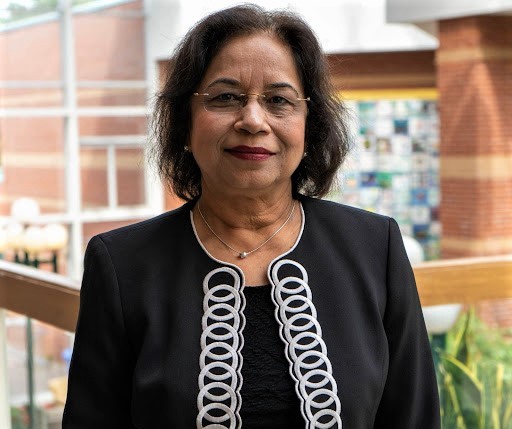 Community stakeholders and trustees have been impressed by the work of Director Rashmi Swarup who was hired in 2021.

McDonald said it’s now up to the duly elected representatives of the community to uphold their responsibility to PDSB students and their families.

“It was an election. We live in a democratic society. I would like to thank Minister Lecce for his bold and historic actions, and for taking a stand against discrimination, as well as other forms of harm to students.

“I would also like to thank Bruce Rodrigues for his transformative leadership and for always leading with grace and humility.”

Some members of the community are concerned about the decision to give governance powers back to trustees, specifically to those of the six returning members who have previously shown they were not interested in addressing systemic discrimination.

Tim Vining, a founding board member of Advocacy Peel, was in attendance at the meeting where the community  was informed that provincial supervision was ending, ahead of the report and letter being posted on the PDSB’s website.

“No one was consulted that I’m aware of, no Black rep, no community reps were consulted until after the decision was made. Placing the Board under supervision was a large community struggle—we had to fight. We feel that was not recognized in just ending the supervision without even consulting with us prior to the decision being made.”

In November 2019, issues of systemic bias and discrimination, including anti-Black racism, and serious issues related to governance, leadership and human resources practices within the PDSB, led Education Minister Stephen Lecce to launch a formal review.

Submitted February 2020, it concluded the PDSB was causing disproportionate harm to visible minority students through a number of rigid organizational practices, including suspending Black secondary school students at a rate 2.2 times higher than their representation in the overall student body. Black students make up only 10.2 percent of the secondary school population, but about 22.5 percent of students had received suspensions.

Evidence from suspension records showed that white students faced no discipline for wearing hoodies, bandanas or things like hoop earrings, while Black students were often suspended for doing the same.

“We also heard that unlike suspensions and expulsions, exclusions from classrooms are not recorded and parents are not notified. One vice-principal noted that children spend days staring at a white wall not learning and parents never know about this de facto form of suspension. Black students described an arbitrary disciplinary system that sought them out. Repeatedly we heard about Black students being suspended from school, some as early as junior kindergarten…What we learned is alarming.”

The review led to a series of 27 Ministry directives released in March, 2020, including one instructing the Board to develop and implement a comprehensive report that makes note of clearly defined ways it plans to improve life for students, including eliminating disparities in achievement of students from the Board’s various communities; establishing accountability measures and responsibilities for school and senior board leadership using disaggregated data; and assessing, evaluating, and reporting on progress toward improving outcomes for all students.

On April 28, 2020 the Minister of Education appointed Arleen Huggins to conduct an investigation of the PDSB to assess the Board's compliance with the Minister’s binding directives.

The following month, Huggins submitted her report and findings to the Minister of Education. She concluded that the PDSB did not have the ability or the will to provide good governance or to effectively carry out its responsibilities to oversee and ensure proper compliance with the directives.

This led to the Ministry appointing Bruce Rodrigues in June 2020, to supervise the Peel District School Board, taking over governance from elected trustees, most of whom have objected to the Ministry’s involvement. This came days after students, families and staff held a protest called March for Justice, demanding equity and fair treatment within the PDSB.

“They removed the supervisor and then told us without consulting community. I think that’s a big sore spot. The reason the supervisor was imposed in the first place was because of poor relations with Black community members.”

Since the province stripped power from the elected trustees, a number of steps have been taken to try and better gauge the depths of the issues within the Board, a large piece of which included data collection. In PDSB’s 2021 Annual Equity Accountability Report Card: Baseline Data on the Equity Gap in Student Outcomes, it was found that Black girls were almost ten times less likely to be identified as gifted, whereas Black boys were 3.4 times less likely to be identified as gifted than their presence in the overall PDSB student population would predict. Giftedness is defined by the Ministry of Education as an unusually advanced degree of general intellectual ability that requires differentiated learning experiences beyond those normally provided in the regular school program to satisfy the level of educational potential indicated.

In Rodrigues’ final letter on January 3, the supervisor wrote to Minister Lecce that he’s confident that the changes he’s made to the senior administration team will help to ensure that the necessary leadership, policies, and practices are in place to allow the Board to better serve students and families.

“With the election of six new trustees, the Board is working together to establish productive and collaborative working relationships at the board table, and with the support of Director (Rashmi) Swarup, the Board will be focused on the ongoing work required to realize the transformational organizational and cultural change set out in your binding directions,” Rodrigues wrote.

The final report notes the Board has also committed to an ongoing professional development program to help support effective and accountable governance, and regular updates are expected to be sent to the Minister of Education to confirm that relationships are “professional, respectful, and collaborative among the trustees and between the Board and the senior leadership team.”

“The Minister would be advised to similarly request confirmation and evidence that the Board is responding to community concerns in a respectful, timely and meaningful manner.”

In a statement, Lecce’s office confirmed they are requiring the PDSB to give quarterly progress updates.

David Bosveld, an involved advocate and father of two students, said the decision to end the supervision should have been a collaborative one with community consultations and the introduction of transparent metrics that would have to be followed before handing governance back to the Board.

“I think, in theory, the 27 Directives, if fully implemented thoroughly, would largely eradicate the systemic anti-Black racism that permeates the Peel District School Board. That being said, that’s sort of the system approach. There’s also the people factor. If people hold discriminatory viewpoints and they operate that system, they can work around any directive and still create racist or bias outcomes for young people.”

While he doesn’t know the actions the Board and its six new faces will take moving forward, he doesn’t have confidence that work will be completed without the Ministry applying pressure.

“The amount of work it took the community to get the supervisor in and the director in place, why would you then not make sure the work is completed before handing that power back to the very same trustees who were stripped because they refused to do this work in a meaningful way?”

Vining, with Advocacy Peel, says he worries the Board could appoint their own director of education and return to the way things were pre-supervision.

“Since they’ve been under supervision, with COVID, there’s been turnover in leadership. We finally have a director, Rashmi Swarup, who we believe is taking these Directives seriously. In ending the supervision there is no commitment from the Ministry that the director’s contract will be extended,” Vining told The Pointer.

“The fact that they ended the supervision with no guarantee they can’t just bring in their own person to be the director, we’re not convinced. We can’t just go back to the status-quo.”

Stacey Ann Brooks, another parent who was present at the announcement said the issues shown in the data collected haven’t disappeared, such as suspension rates.

She told the story of her daughter signing up for a law class, but two weeks before the start she was told that due to lack of space she wouldn’t be able to attend— recommending hairdressing as the alternative.

“We’ve been here for centuries and we still can’t pull through because there’s so many loads on top of us. Then when we get boisterous to express ourselves, they said that we’re bad, they’re labelling us in the negative way – yet we’re oppressed. We’re oppressed because we’re not given the same privilege as everyone else.”

Bosveld said community members will need to be watchful of the new dynamic and prepared to hold the trustees accountable.

Status of the 27 Directives as detailed by Supervisor Bruce Rodrigues in his final report published January 19, 2022 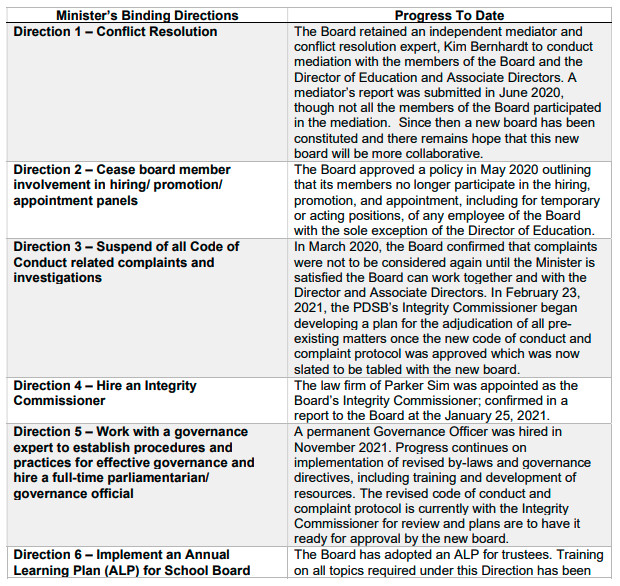 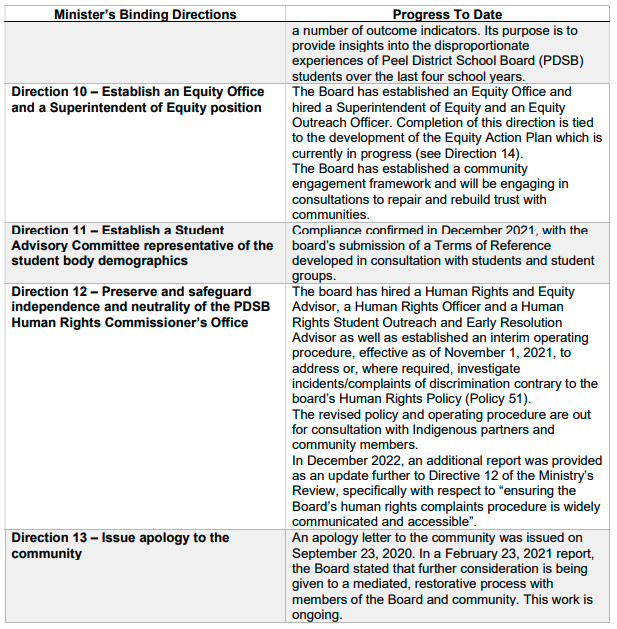 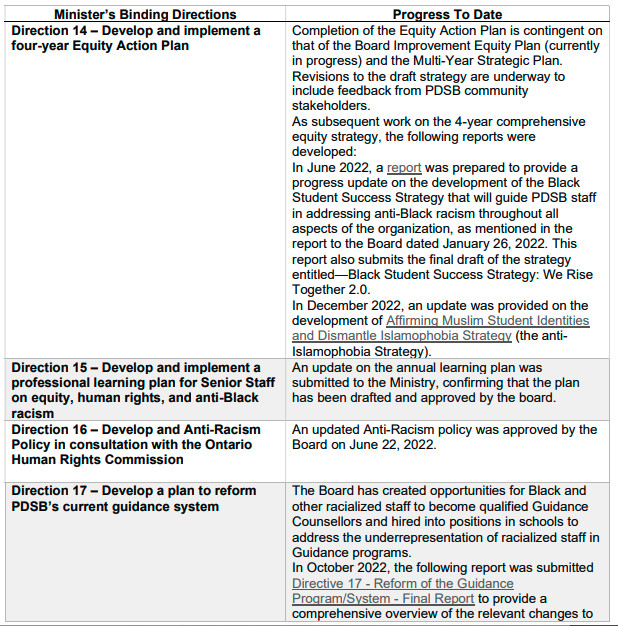 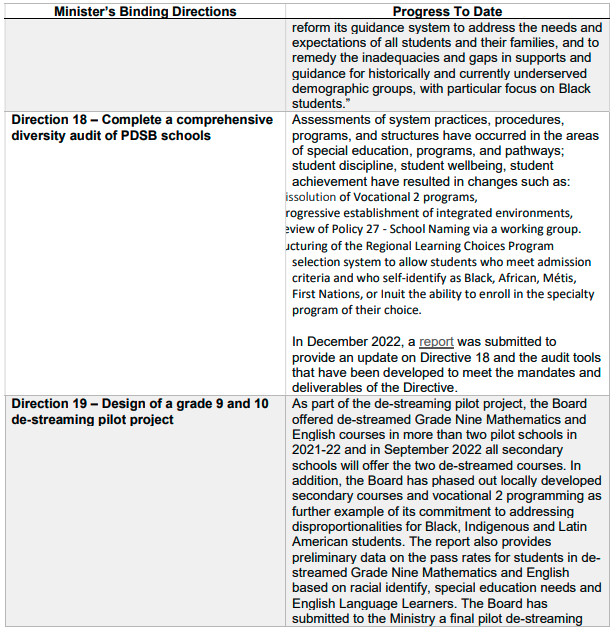 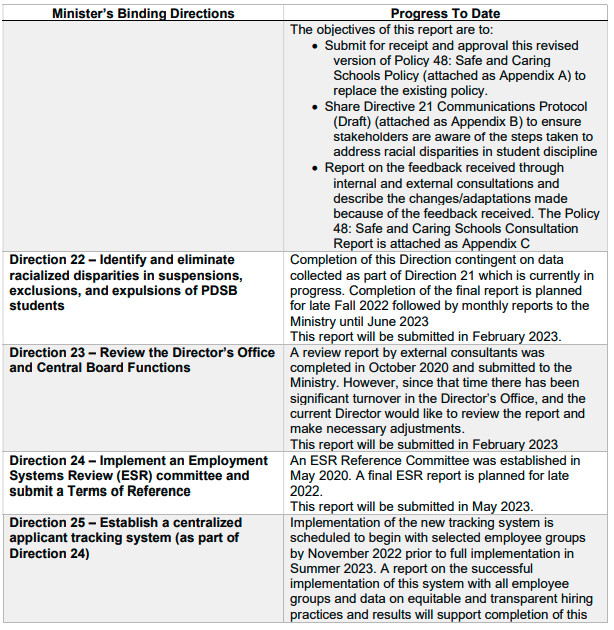