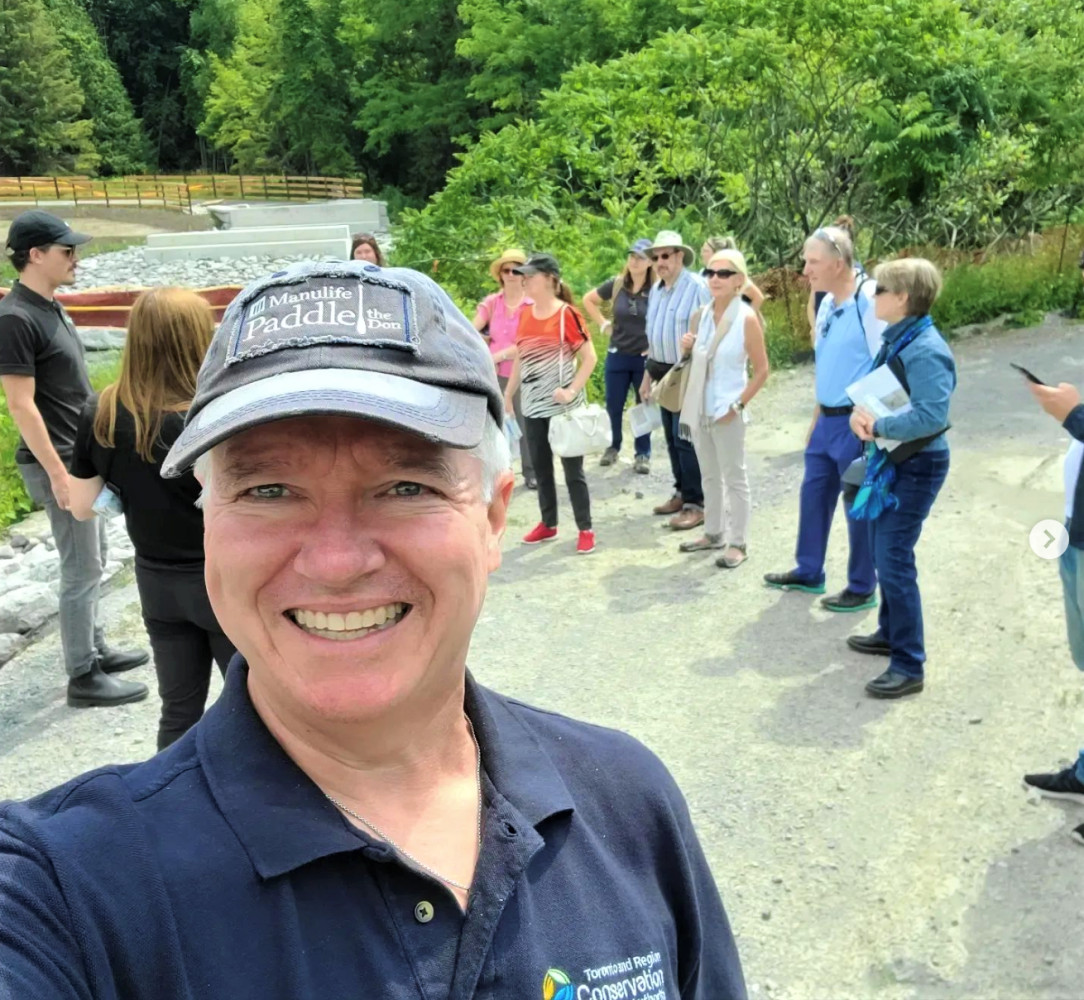 Toronto City Councillor Paul Ainslie has been elected the new Chair of the Board of Directors of the Toronto and Region Conservation Authority, which oversees part of Peel.

Ainslie has been a city councillor in Toronto for 17 years, first appointed as an interim representative after former councillor Bas Balkissoon assumed a position in provincial office. In the 2022 municipal election, he received over 76 percent of the vote. He went unopposed when seeking the position as chair of the TRCA, the largest conservation authority in Ontario.

He began as an ally of the late Rob Ford, former mayor of Toronto, and was a member of the controversial mayor’s inner circle. But when scandals involving the former mayor’s behaviour spread, Ainslie stood in opposition to Ford leading to his ostracization by the inner circle and a demotion from the chair of the government management committee to the chair of the lower profile parks and environment committee. When tensions continued, Ainslie resigned from his position on the parks and environment committee.

The longtime city councillor brings a range of experience to the TRCA, serving as a member or executive member of numerous committees including the Economic and Community Development Committee, the Toronto Transit Commission, the Federation of Canadian Municipalities board of Directors, the Federation of Ontario Public Libraries and almost a dozen others.

Ainslie posted on Twitter that he was “honoured” to be elected as chair of the board and was excited to continue working with the rest of the TRCA’s members. 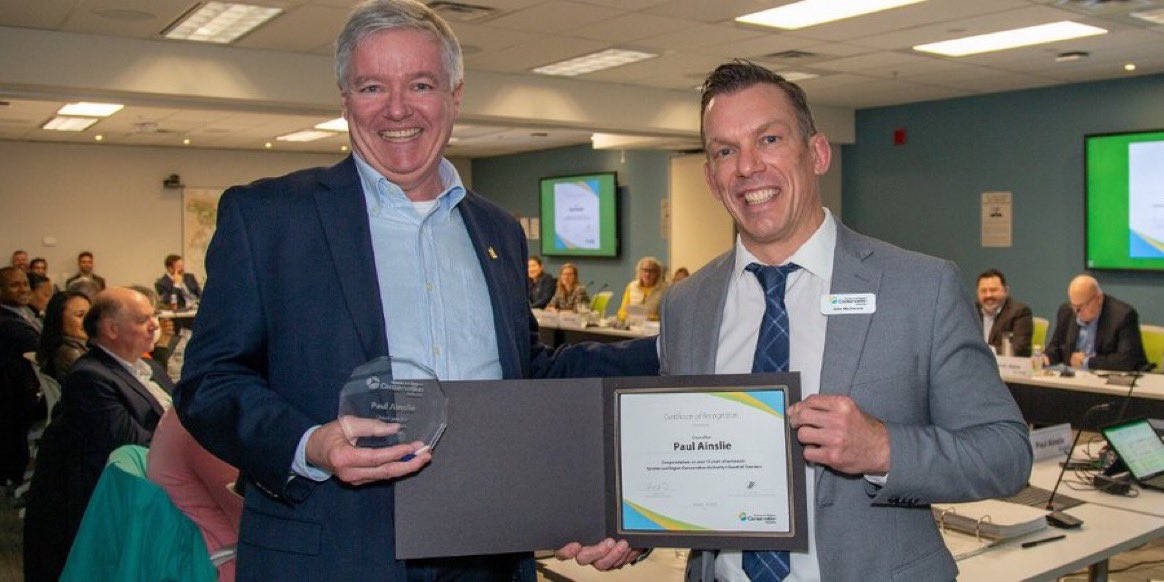 Throughout his tenure as a city councillor, Ainslie has supported a variety of sustainability initiatives like the Provincial Green Energy legislation in 2009 and more recently the push to electrify the Toronto Island ferry fleet last year.

He has served on the board of Directors of the TRCA since 2006 and will now lead the group, setting the tone for one of the most important environmental protection organizations in the GTA. The transition comes as Conservation Authorities are increasingly under pressure from the relentless push by the Doug Ford PC government to create more sprawl growth in support of the subdivision development industry.

He takes over after former Caledon councillor Jennifer Innis held the position previously. She was accused of being installed with the help of influence by powerful developers, and as a Caledon councillor pushed a pro-development agenda. Innis lost her mayoral bid in October.

In late December, the Ford government introduced Bill 23, the More Homes Built Faster Act, a piece of legislation that would gut the mandate of conservation authorities and cause irreparable harm to the natural environment under the name of building more homes. A few days after the introduction of the Bill, the TRCA released a statement informing the public that conservation authorities were not consulted in the process around the Bill’s development.

“The protection of the environment is a non-partisan issue as watersheds, precipitation, and gravity do not recognize geographical boundaries or political parties,” the TRCA wrote.

Ford’s legislative moves have stripped away much of the authority CAs use to protect watersheds and place guardrails on development.

Conservation authorities were created in the aftermath of Hurricane Hazel, in 1954, which ripped across the province causing major flooding catastrophes.

Bill 23 prohibits municipalities from consulting CAs in the development review process when wetland or watershed concerns arise, even if the construction might pose significant threats such as flooding. It also removes crucial testing that CAs use during the development review process. Perhaps the most damaging impact of Bill 23 on CAs is the removal of their authority to block development permits if the project contravenes conservation legislation or laws aimed at preventing the pollution of natural spaces.

The recent decision by the powerful PC majority government to remove authority from CAs comes as flooding becomes more common due to climate change.

In 2013, many parts of the GTA, including large areas of Mississauga experienced a “once-in-a-century” flooding event; this type of extreme weather now occurs every few years in localized areas, as global temperatures continue to rise.

Ainslie wrote in a blog post in 2019 that he tries to pick committees to sit on where he feels he will have the greatest impact on his community. The TRCA is one of those boards because of the value of the critical resources  it protects.

“Water is one of the key resources every living being on our planet depends on to live,” he wrote. “We often take it for granted, but water is critical for transportation, recreation, industry, agriculture, energy, domestic and personal use. Most importantly we depend on it as a source for safe, clean, drinking water.”

In his role as Chair of the largest conservation authority in Ontario, he will have some difficult decisions ahead of him. One of the major threats under Bill 23 are the changes to the wetland evaluation system which removes key indicators and consideration of wetland complexes in the function of surrounding natural and manmade systems when development applications come forward.

Wetlands rarely exist individually, they are most often surrounded by a series of wetland ecosystems. Prior to the passing of Bill 23, these wetland complexes were evaluated as one whole unit. Now, each small piece will be evaluated individually making it extremely difficult to receive protection as a provincially significant wetland under existing legislation that aims to protect these vital natural spaces from future development. Building on wetlands can completely remove natural features, essentially paving over them, leading to ecosystem and habitat destruction and species loss. Unchecked development will also lead to the contamination of nearby water sources, as everything from salt to pesticides and commercial chemicals typically spreads throughout the surrounding watershed.

The TRCA took up another fight when just weeks after the introduction of Bill 23, the PCs announced their intention to remove 7,400 acres of the Greenbelt for development, despite advice from the government’s own housing task force which showed that claims of housing supply being limited because of a lack of land were not true. Conservation authorities were not included in these discussions. The TRCA regularly provides advice to the government’s Greenbelt Council and remains opposed to opening these sensitive lands for development.

The Ford government is under investigation by the Ontario Integrity Commissioner for its handling of the Greenbelt decision and how developers knew which specific parcels would be selected for future housing construction shortly before the PC decision to open them up for growth. The province’s Auditor General is also reviewing how the unexpected plan to open up the Greenbelt for development came about. Ford had twice previously promised the Greenbelt would not be touched and there would be no development, after fierce public backlash over a leaked private 2018 video showed him promising a room full of developers that he would open a “big chunk” of the Greenbelt for them to build on.

As the largest conservation authority in Ontario, overseeing nine watersheds, the TRCA could play a significant role in protecting the province from the PCs’ dangerous agenda, but Ainslie will have to work around the constraints imposed by the government that, ultimately, controls the organization he now chairs.