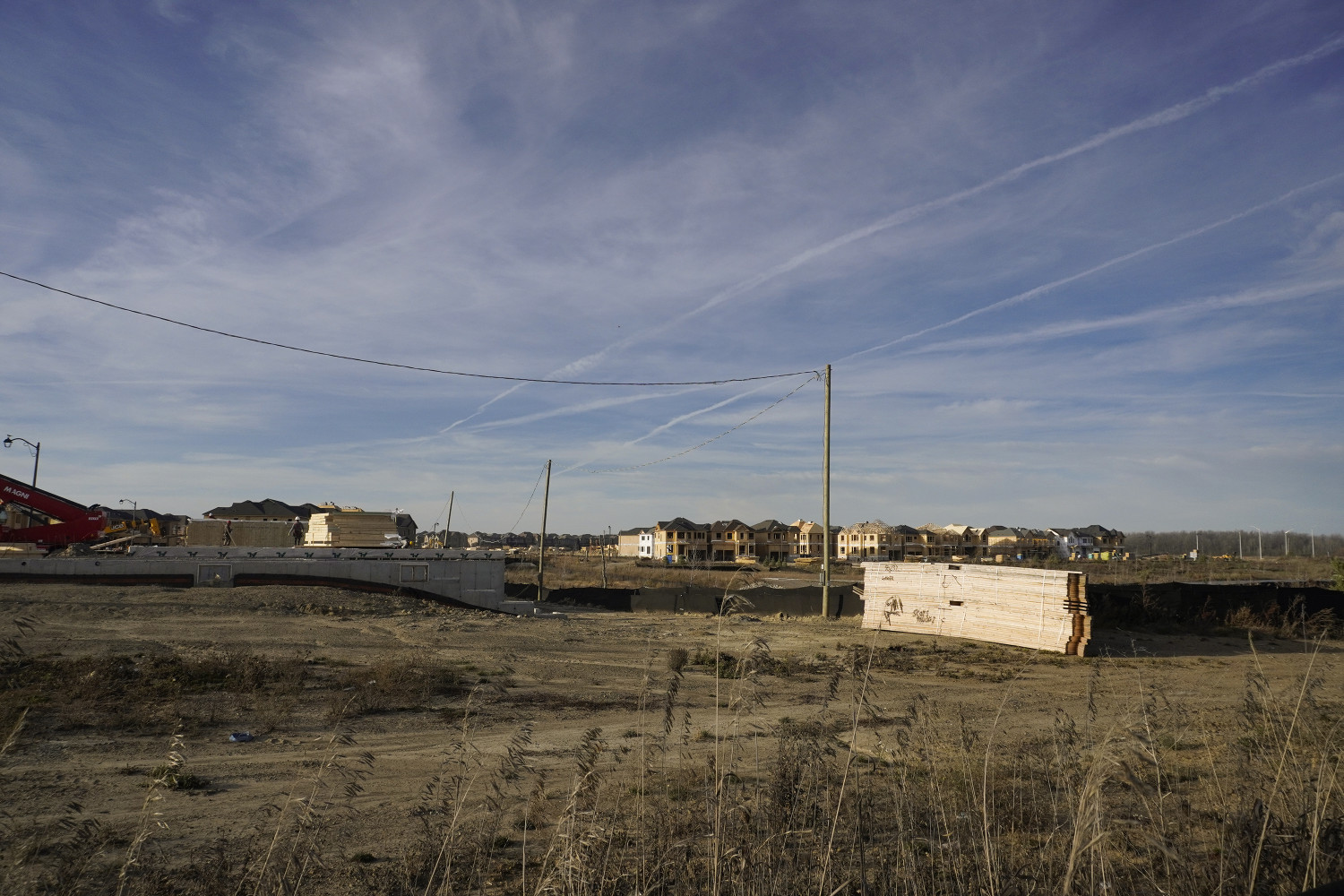 Bill 23 will remove at least $164M for affordable housing in Peel; loss of developer fees will impact other major capital projects

When Doug Ford stormed ahead with Bill 23, the PCs’ controversial housing legislation to build 1.5 million new homes by 2031, despite pushback from municipalities, conservation authorities, concerned citizens and even some builders, he claimed it was to accommodate a growing population. But a new staff report released by the Region of Peel suggests the legislation will hinder the Region’s ability to provide affordable housing to those who need it most.

The report, brought to council Thursday, states that loss of funding from development charges for the Region’s housing services will put $94 million and 642 affordable units at risk of not being built or being delayed.

With rising interest rates and increasing inflation and commodity prices, there is a demand for more high density and secondary units that are more affordable. The main type of residential development triggered by Bill 23 is more sprawl.

“Regional staff assess that Bill 23 will not lead to a material improvement in affordability outcomes for the residents of Peel,” reads a previous report from Peel Region CAO Janice Baker that was brought to council in December. “In fact, Bill 23 impairs the ability of the Region in its role as legislated Service Manager for affordable housing to respond to the ongoing housing affordability crisis.”

The new report states regional staff have confirmed that as of December 2022, approximately $36 million in development charge (DC) funding for housing services had been collected. No further DC revenue can be collected for affordable housing services as a direct consequence of Bill 23; therefore, of the $200 million for housing services, there is a $164 million shortfall.

The removal of development fees that builders have paid for housing services, growth related studies and certain land acquisition costs challenges the principle that “growth must pay for growth”. These fees are paid by developers to municipalities to fund the infrastructure necessary to support growth and the residents who buy new units. They support projects such as pipes to bring residents clean and safe drinking water, roads, affordable housing and emergency service facilities.

Bill 23 exempts developers from paying fees for affordable housing, defined as a residential unit with a purchase price that is less than 80 percent of the “average purchase price” (APP). It is unclear how the APP will be determined by the Province; staff at the Region of Peel conducted an analysis and found that, depending on how APP is calculated, more than 50 percent, and as many as 80 percent of new ownership units in Peel in 2021 would have been eligible for a development fee exemption. This represents tens of millions of dollars in lost revenue to the Region. 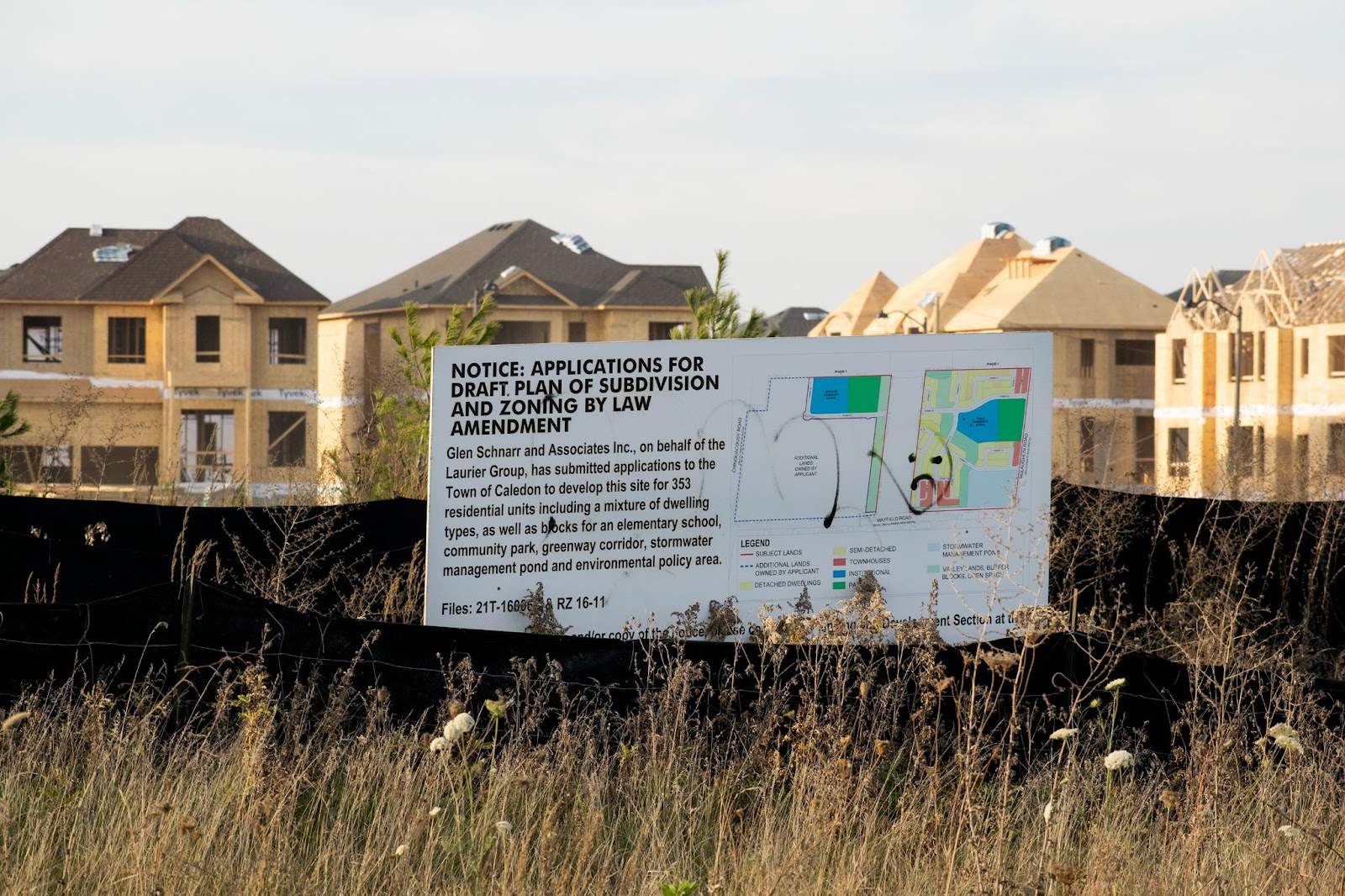 The Region of Peel stands to lose millions of dollars in revenue from developers, putting a number of infrastructure projects at risk.

But just because the housing units are deemed “affordable” to qualify for a Development Charge (DC) exemption, does not guarantee residents who are in need of housing most can afford these units. Using the 80 percent rule for condominiums—the most common type of Inclusionary Zoning (IZ) unit—at the current market rates would result in an IZ condominium being priced at $500,000 or more (Inclusionary Zoning requires that designated areas of a city have a mix of market-rate and affordable housing). This price would only be considered affordable for high income households, the staff report from December states. According to the 2016 Census, in 2015, the median household after tax income in Peel Region was $75,677.

“I think Mr. Ford has political advisors guiding him, not professional planners,” Mississauga Councillor Carolyn Parrish said at the regional council meeting Thursday when the staff report was presented.

The Region of Peel conducted a preliminary analysis to determine the degree of revenue shortfall that could be expected from the loss of funding from DCs. They estimate the shortfall could amount to two billion dollars over the next 10 years. If the Province's housing targets are met, which includes 246,000 new units in Peel by 2031—a 145 percent increase from the numbers set out in the Region’s Official Plan—the revenue shortfall could be as high as $6 billion.

“These radical changes made without consultations will create problems for Peel Region and our local municipalities,” Baker said. “The impacts of this legislation will result in a significant loss of revenue and lead to our diminishing fiscal sustainability unless made whole by the Province.”

The Region is already experiencing a gap in their DC revenues, meaning the amount of money coming in from developers is not enough to cover the required infrastructure, requiring the Region to front the cost. The gap at the end of 2021 was $1.2 billion. This means that the Region has even less money to put forward as first they have to pay off their debts.

“[The] Region has built infrastructure using debt which is required to be serviced with DC revenues,” Gary Scandlan and Darryl Abbs wrote in a presentation to council. “Increased levels of debt may negatively impact the Region’s strong financial position.”

If provincial funding is not provided to supplement the losses in DC revenues, the Region predicts its capital plan and finances will be impacted in a number of ways, including: delays in the construction of infrastructure necessary for development; an inability to fund debt required for future growth with the expectation that DCs would pay that debt; and it would put the Region in a position where it would be forced to either increase property taxes and utility rates to make up the financial gap or cut service levels in an effort to save money.

"The combination of increased and accelerated housing targets requiring more infrastructure to be built faster, along with significant revenue shortfalls, will create substantial financial challenges,” the report reads.

The loss of revenue from developers will put projects required to support water and wastewater services at greatest risk.

Of the two billion in revenue losses projected, water and wastewater projects are most at risk, amounting to nearly 60 percent of the dollar value.

The report lists the top 10 growth-related capital projects, currently under construction in the water and wastewater sector that are at risk. The total cost of the 10 projects combined is just shy of $1.1 billion. Out of the 10 projects, eight are entirely funded through DCs while the remaining two, a truck sanitary sewer and a water resource recovery facility, are funded 80 percent and 85 percent by DCs respectively.

Three of the main water and wastewater projects that are anticipated to be impacted by Bill 23 are the East to West Diversion Truck Sanitary Sewer valued at $397 million, the GE Booth Water Resource Recovery Facility Expansion valued at $172 million and the Pressure Zone 6 Transmission Watermain valued at $133 million.

Based on the analysis done by regional staff, $1.2 billion of the total $2 billion in DC shortfalls will impact the water and wastewater sector. Since wastewater infrastructure is put in place before homes are built, the process for incurring funds for this infrastructure is often through debt repayment. Therefore, the Region is provided with a credit at the time of construction and when the DC is granted later, it pays off this debt.

Currently, the Region is left with few tools to try and make up these funds, and without outside assistance from the Province or federal government, will need to increase property taxes and utility fees—both of which put the burden of paying for this new PC mandated growth on residents—and would contribute to higher costs of living. The Region’s 2023 budget proposes an average property tax increase of 2.8 percent and a utility rate increase of 7.9 percent. The numbers proposed in the budget do not take into account the impacts of Bill 23. 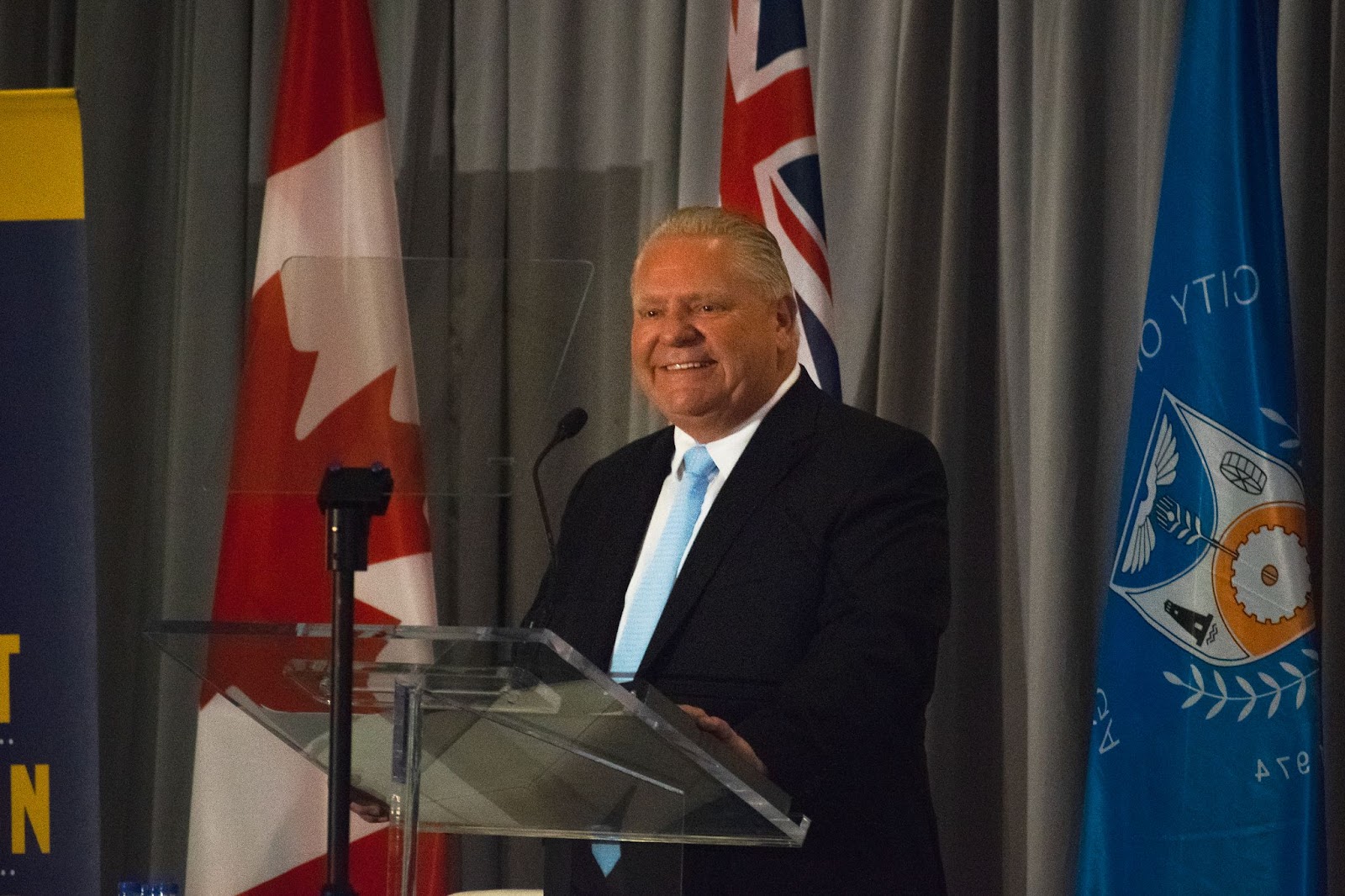 Premier Ford made a claim Wednesday that he would cover municipalities who fell short on funds due to Bill 23, including Mississauga, whose Mayor, Bonnie Crombie, Ford previously berated for her opposition to the Bill.

At a Mississauga Board of Trade event held Wednesday morning, Premier Doug Ford said the Province will cover municipalities that fall short on funds due to the impact of Bill 23. Mayor Bonnie Crombie said she felt the Ontario government might finally be listening to the municipalities and their needs, but at the council meeting Thursday said she wants to look into the premier’s comments further to get at the root of what is really being offered.

In the meantime, the Region is moving forward with determining which projects and services will be impacted by the cuts. Transportation capital programs account for approximately 28 percent of DC revenue shortfalls, the second most after water and wastewater programs. There are two projects, with a total budget of $160.3 million, anticipated to go to tender within the next 12 months that could see significant impacts by Bill 23: construction of Mississauga Road between Bovaird and Mayfield, and construction on Mayfield Road between Hurontario and Chinguacousy.

According to the staff report, DC funding will first be allocated to roads under active construction to further reduce the Region’s liabilities. The Region expects that even with the reduction in DC revenues, there will be enough funds to complete projects that are currently in the construction phase. However, projects expected to be tendered in 2023/2024 and those within the 10 year transportation master plan are at risk. There are 10 projects outlined in the Transportation Master Plan, all that were planned to be tendered between 2025 and 2036. These 10 projects amount to a total budget of $832.7 million dollars. According to the Region, the vast majority or entirety of the budget for these projects would have been funded through DC revenues.