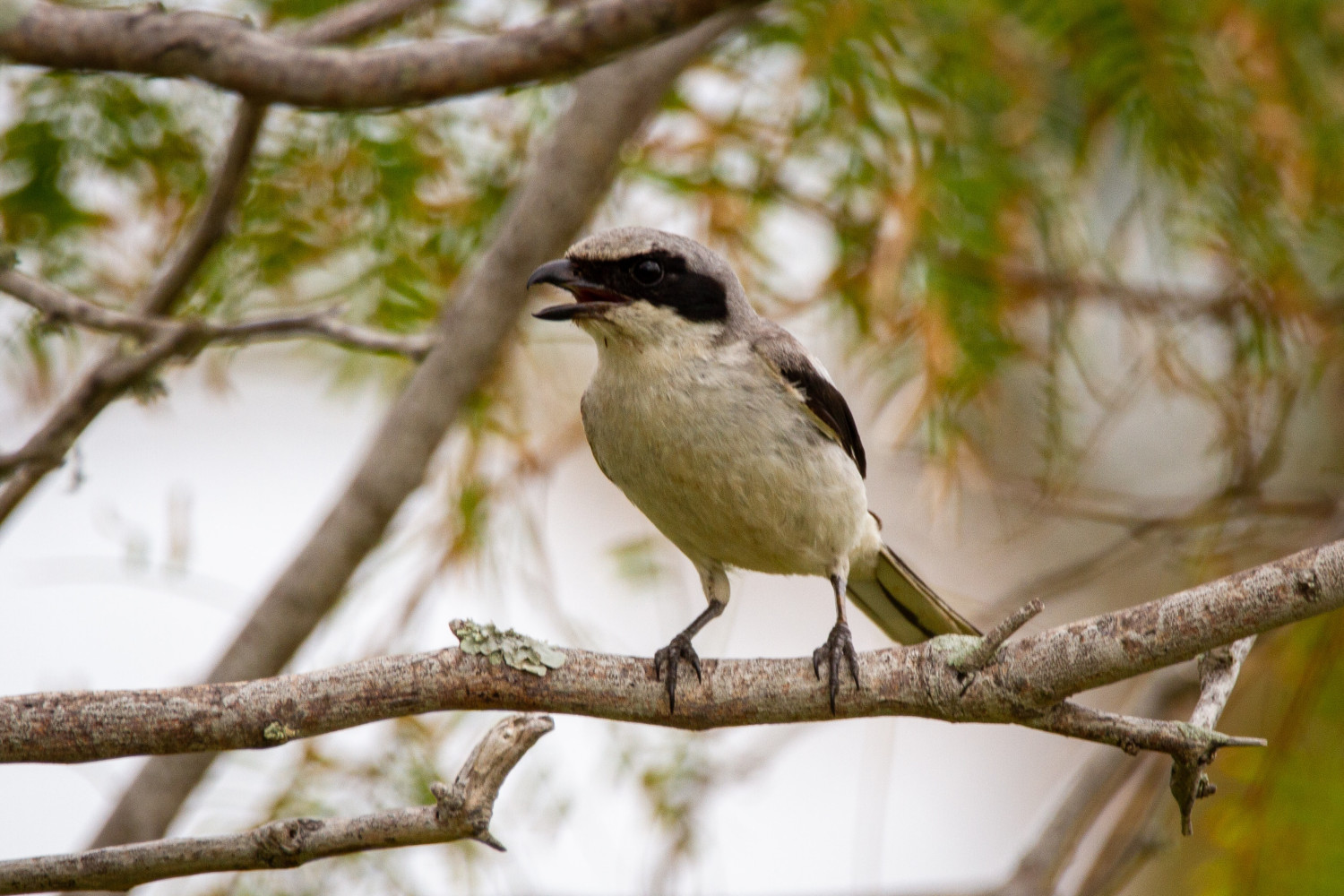 ‘I have become increasingly disappointed in the Ford government’: Chair of Ontario species at risk agency resigns

The Chair of Ontario’s government agency tasked with protecting species at risk has resigned over the wavering provincial leadership around environmental legislation, as Doug Ford and his PC government steam ahead with Bill 23 and the removal of protected Greenbelt lands for development.

Doug Varty’s decision to step down is the latest reaction to the collection of legislation recently passed by the Tories that has tossed aside environmental safeguards in the name of building more homes.

“In my view the province is not listening to or acting in the best long-term interests of the people of this province. As such I have made a personal decision to resign from this public appointment,” Varty wrote in a public statement.

The More Homes Built Faster Act, or Bill 23, aims to expedite the construction of 1.5 million homes over the next 8 years to accommodate projected population growth across the province, primarily in the Golden Horseshoe. The Bill overrides environmental protections, gutting the mandate of conservation authorities. The PC’s also introduced, and recently passed, a piece of legislation to remove 15 parcels of land from the Greenbelt totalling 7,400 acres and replace it with 9,400 acres of land elsewhere — experts have said the additional lands will do nothing to prevent the ecological devastation caused by the encroachment into the Greenbelt. 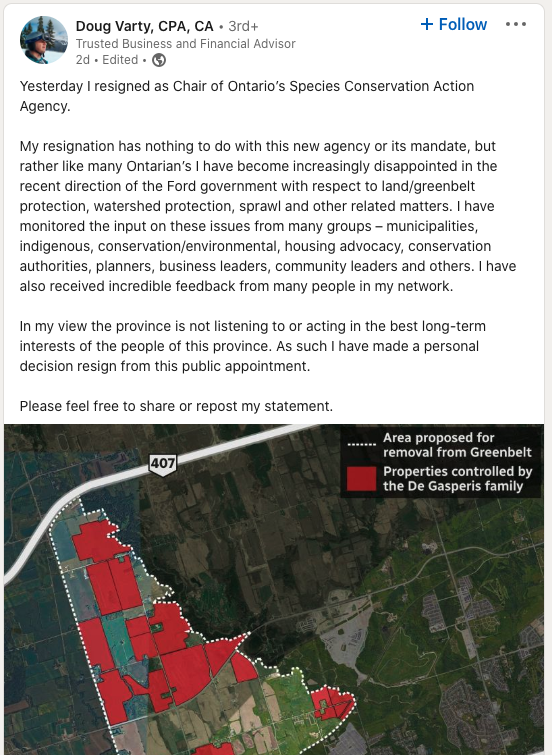 The full statement from Doug Varty, posted to his LinkedIn page.

Ford and his cabinet colleagues responsible for environmental stewardship have repeatedly ignored the concerns of environmental, housing and community activists, and the public who have gathered en masse to protest these pieces of legislation. Nearly 30,000 almost exclusively negative public consultation comments were submitted in reference to the Greenbelt legislation before the end of the public consultation period on December 4. The PC government ignored the will of residents and passed the legislation anyway.

Varty was appointed as Chair of the Ontario Species Conservation Action Agency in February. It is a board-governed provincial body responsible for administering the Species at Risk Management Fund. It was formed in 2021 with the purpose of protecting species at risk, making investments to do so using a designated fund and ensuring habitats for select at risk species are safeguarded through the agency’s actions and investments.

In October, before the passing of Bill 23 and changes to the Greenbelt legislation, Varty had told the government he was not planning to seek a second term. Eleven months after being appointed, he has now left the position.

“My resignation has nothing to do with this new agency or its mandate, but rather like many Ontarians I have become increasingly disappointed in the recent direction of the Ford government with respect to land/greenbelt protection, watershed protection, sprawl and other related matters,” he wrote.

This is not the first time Ford’s demand to create sprawling development has led to a resignation. In 2020, seven members of Ontario’s Greenbelt Council — a government appointed expert panel that advises the Ministry of Municipal Affairs and Housing on matters related to the Greenbelt — quit after the provincial government watered down the mandate of conservation authorities.

Tim Gray, the Executive Director of Environmental Defence, went public on Twitter with support for Varty writing “Thanks to Doug for standing up for our future”.

Varty is part of the mass of Ontarians angry about the heavy hand of the provincial government which has imposed these legislative changes that planners have called the most significant land use moves in the history of the province. Two weeks before his resignation, Varty publicly posted on LinkedIn about joining a protest against Bill 23 and the Greenbelt changes outside of an Orillia MPP’s constituency office.

“I am 64 years old, consider myself a conservative and have never participated in a protest and never thought I would,” he wrote. “It is time to listen to the people of this province!”